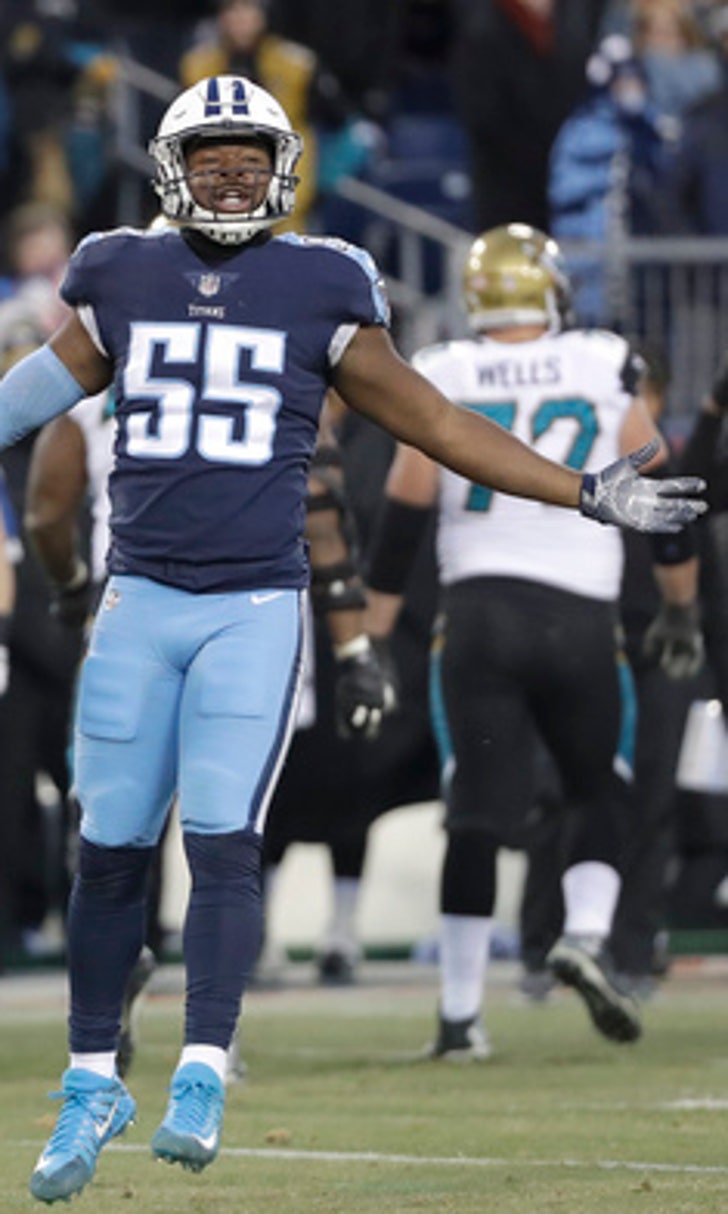 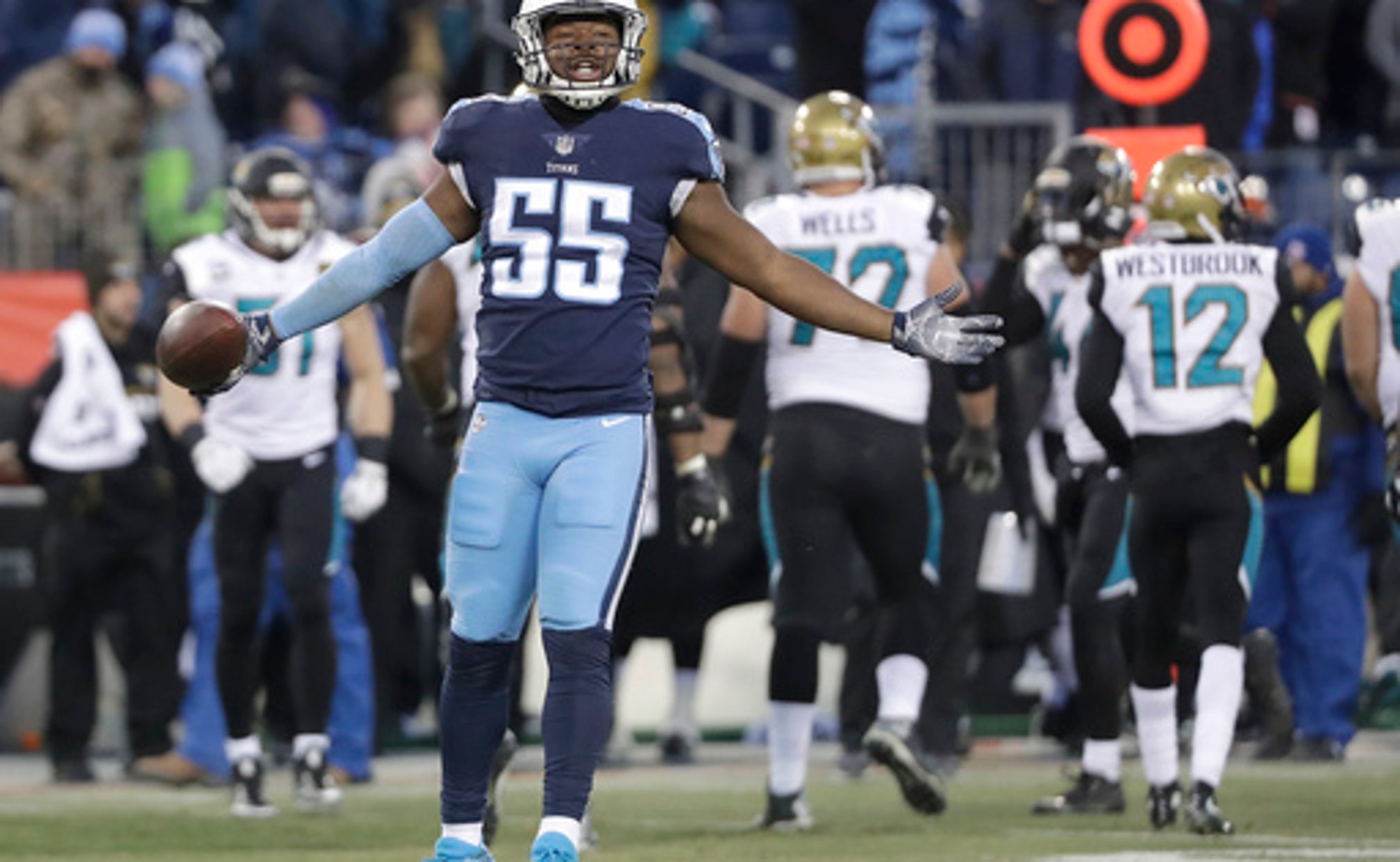 Happy to be in playoffs, Titans ready to show they belong

Well, for a moment anyway.

''Thinking amazing. Unbelievably fulfilling,'' Casey said. ''I've been waiting this for seven years, and finally got the opportunity to get out there.''

Plenty of his Tennessee teammates are experiencing all sorts of emotions after helping end the franchise's playoff drought after eight long seasons.

Only 18 of the Titans who helped beat Jacksonville 15-10 in the regular-season finale to clinch the AFC's No. 5 seed have been to the playoffs before.

That leaves 35 making their playoff debut Saturday when the Titans (9-7) visit the Kansas City Chiefs (10-6).

Linebacker Brian Orakpo has only been with the Titans three seasons, but this will be the postseason debut for the nine-year veteran.

After nine years, the 31-year-old Orakpo was beginning to think he'd never get the chance at a playoff game.

''I'm excited personally, and I'm really going to enjoy it,'' Orakpo said. ''Work my tail off this whole week to make something really happen while we are in there (the playoffs).''

The Titans, given Monday off, snapped a three-game skid to earn their playoff berth. They will go to Kansas City as big underdogs with the Chiefs already favored by 7+ points.

Long odds are no issue for the Titans who saw firsthand last spring what a team can do in the postseason no matter the seed.

They cheered as the NHL's Nashville Predators went into the playoffs as the second wild card in the Western Conference only to reach their first Stanley Cup Final.

Now they hope to mimic what the Predators did.

''We're excited,'' quarterback Marcus Mariota said. ''Hopefully, we can take it just as far as they did.''

Linebacker Derrick Morgan, Tennessee's first-round pick back in 2010, had to wait until his eighth NFL season to prepare for his first playoff game.

''We are one of six AFC teams, so anything can happen,'' Morgan said. ''It's the playoffs. You have seen a lot of fifth and sixth teams go all the way, so we'll see what happens.

Coach Mike Mularkey's job status reportedly was at risk with a loss. Controlling owner Amy Adams Strunk, who promoted Mularkey as an interim coach in November 2015 and gave him the job in January 2016, was in the locker room to greet her coach who just earned his first playoff berth in his fifth full NFL season.

Mularkey said he didn't feel the need to address the reports that he might be fired with his team.

Instead, he led the Titans to their first back-to-back winning seasons since 2007 and 2008, and linebacker Wesley Woodyard gave him a game ball after the game.

''It's more gratifying because I was here for two of the years that we weren't so good. To watch a team take a franchise and believe in something, and watch it turn around and become competitive every Sunday, where they have a chance to win every single Sunday, is gratifying,'' Mularkey said. ''That's what you coach for.''

Now the Titans have another goal they will try to scratch off Saturday: Win their first playoff game since January 2004.