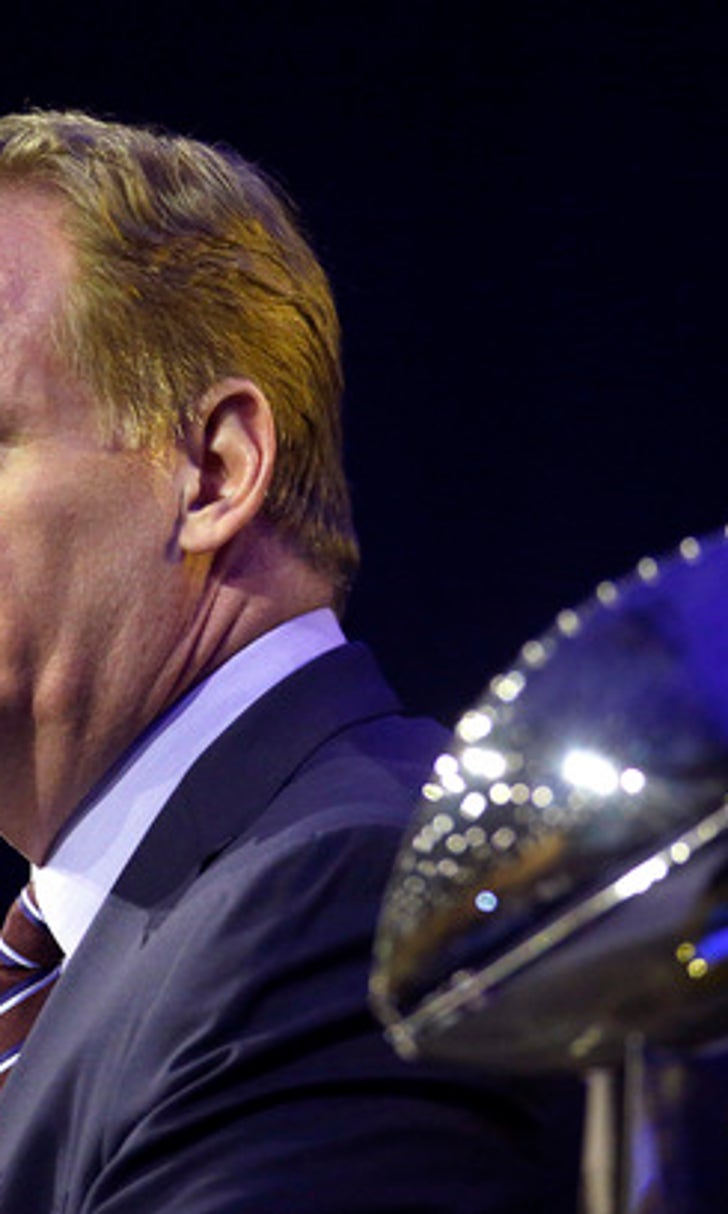 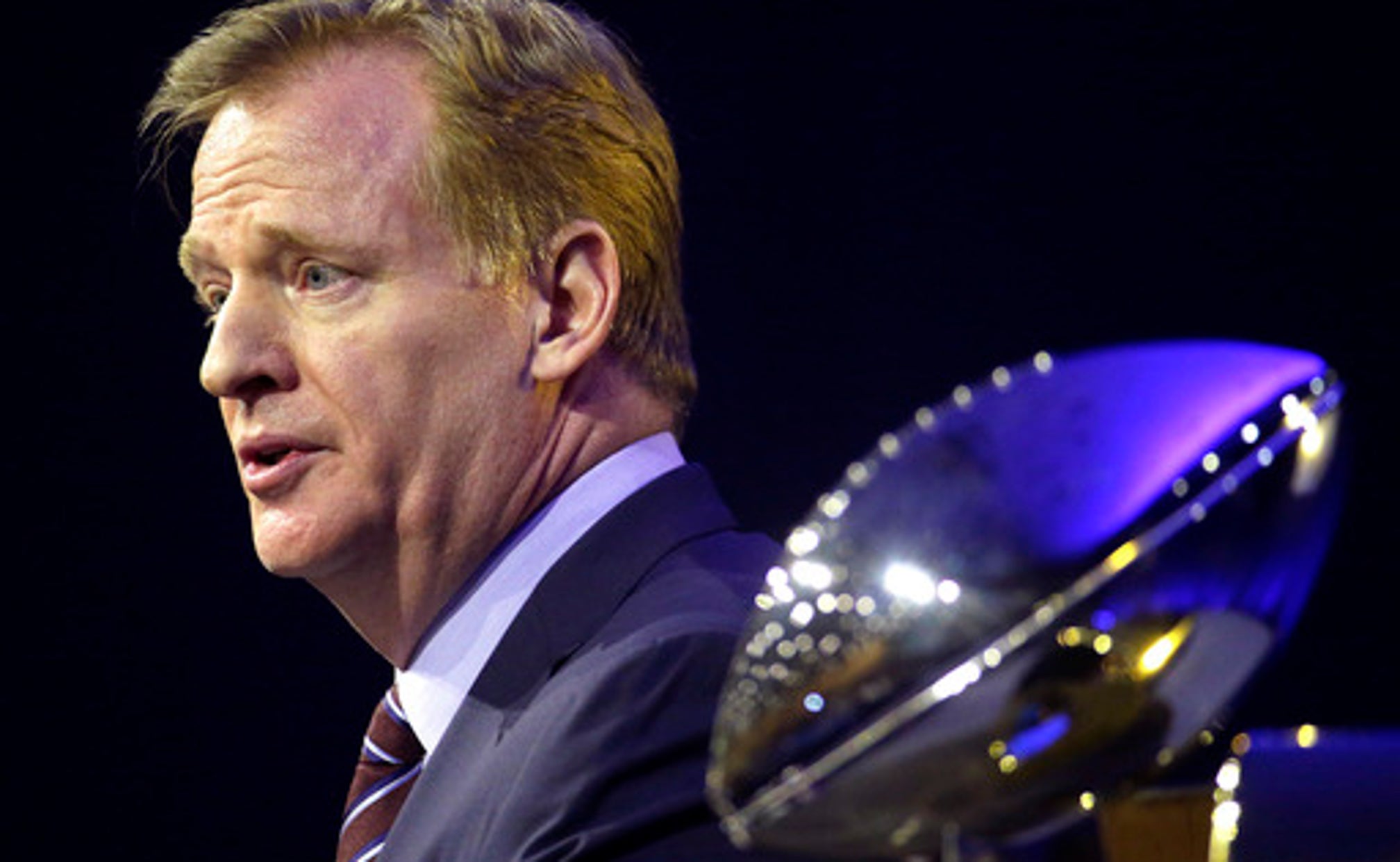 Goodell proposes what might be called Odell Beckham Jr. Rule 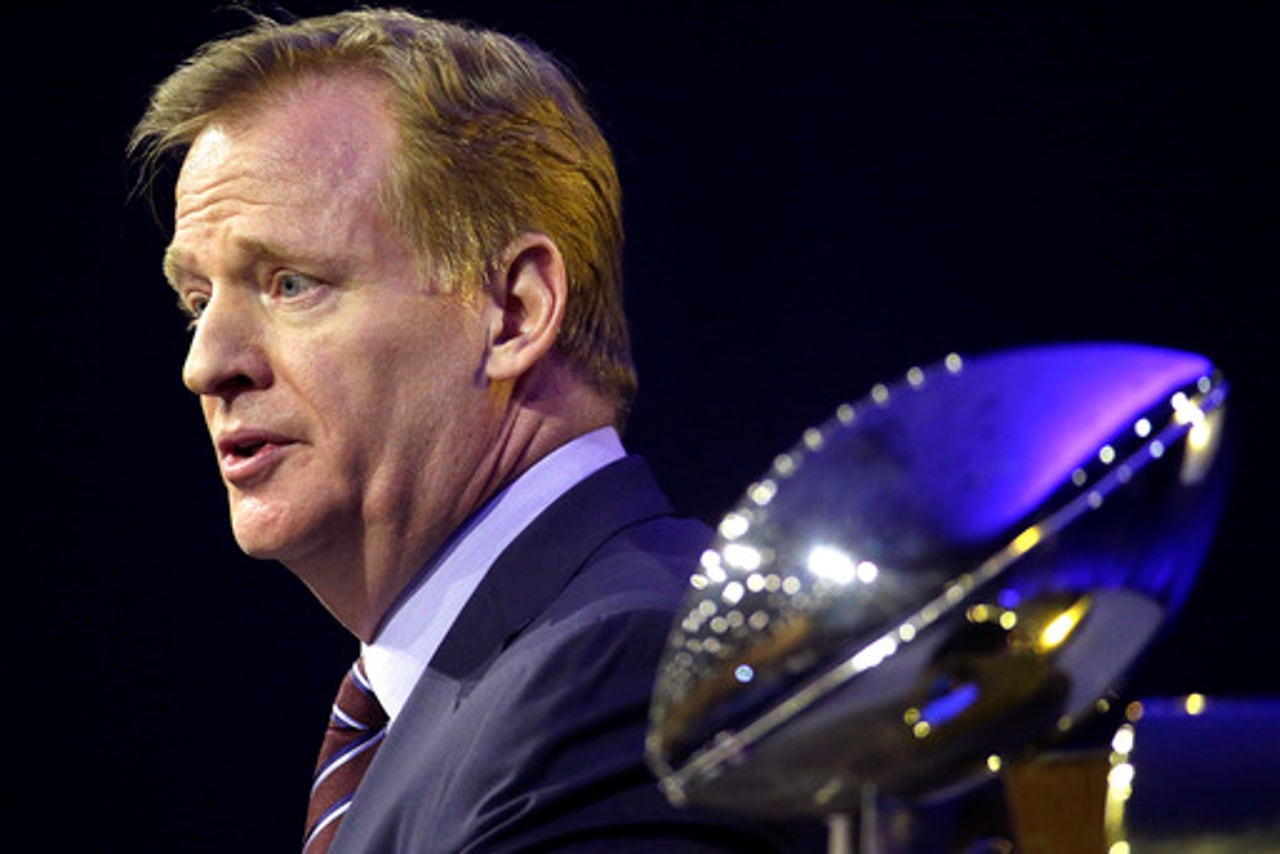 NFL Commissioner Roger Goodell is pushing to require the ejection of any player who is flagged for two personal fouls in a game.

''We should take that out of the hands of the officials when it gets to that point. They will obviously have to throw the flag, but when they do, we will look to see if we can reach an agreement on the conditions for which (a player would) be ejected,'' Goodell said Friday at his annual state-of-the-league news conference ahead of the Super Bowl.

In December, Beckham, a receiver for the New York Giants, was allowed to stay in a game despite drawing three personal-foul penalties for unnecessary roughness, including one for a diving helmet-to-helmet hit on cornerback Josh Norman, whose Carolina Panthers will play in Sunday's Super Bowl. The two players engaged in all sorts of pro wrestling-style shenanigans throughout the game, and Beckham eventually was suspended for New York's next game.

''I thought both of them should have been ejected back then,'' Giants owner John Mara said, ''but maybe if we had this rule, it would make it a little bit more clearer.''

Goodell said he had already recommended to the league's competition committee that it consider the rule change.

Mara, a member of that committee, said Friday's discussion of the proposal was the first he'd heard of it, but that he is ''inclined to go in that direction'' to ''maybe take it out of the officials' discretion.''

He noted that there would need to be careful consideration of which personal fouls would be counted toward an ejection; an incidental facemask penalty, for example, should not, in Mara's view.

Kansas City Chiefs CEO Clark Hunt likened it to a soccer player being sent off after getting two yellow cards in a game.

''You don't want to see somebody get carried away, where something bad happens on the football field, where now all of a sudden you are going from one thing to another and it leads to a bad set of circumstances and somebody gets hurt,'' Panthers coach Ron Rivera said Friday. ''I can see that being part of our discussions.''

Among other topics addressed by Goodell during his 45-minute session:

- Days after researchers said late quarterback Kenny Stabler's brain showed signs of a degenerative brain disease found in dozens of other deceased NFL players, Goodell said: ''The concussion issue is something we've been focused on for several decades ... and we have made great progress.''

- He would not say whether an NFL court victory on next month's appeal in the case involving Tom Brady's role in ''Deflategate'' would result in a reinstatement of the New England Patriots quarterback's four-game suspension. ''I am not going to speculate on what we're going to do,'' Goodell said.

- He said there was a 40 percent reduction in players arrests during the 2015 calendar year.

- He said he would prefer that the Oakland Raiders and San Diego Chargers stay put, rather than moving to new cities, and pledged ''to try to get the right kind of facilities long-term in both of those markets.''

- The league, which will have three games in London next season, is ''considering playing more games in the U.K.'' and a franchise there could be ''a realistic possibility'' if the sport's popularity continues to grow in that country.

- Nov. 21, a Monday night, will be the date for Raiders-Texans, the NFL's first regular-season game in Mexico since 2005.

- The league does not plan to change its policy of testing players for marijuana, which has been legalized in some states.

- He said he ''was disappointed in what I saw'' in last Sunday's Pro Bowl and said changes could be on the way.