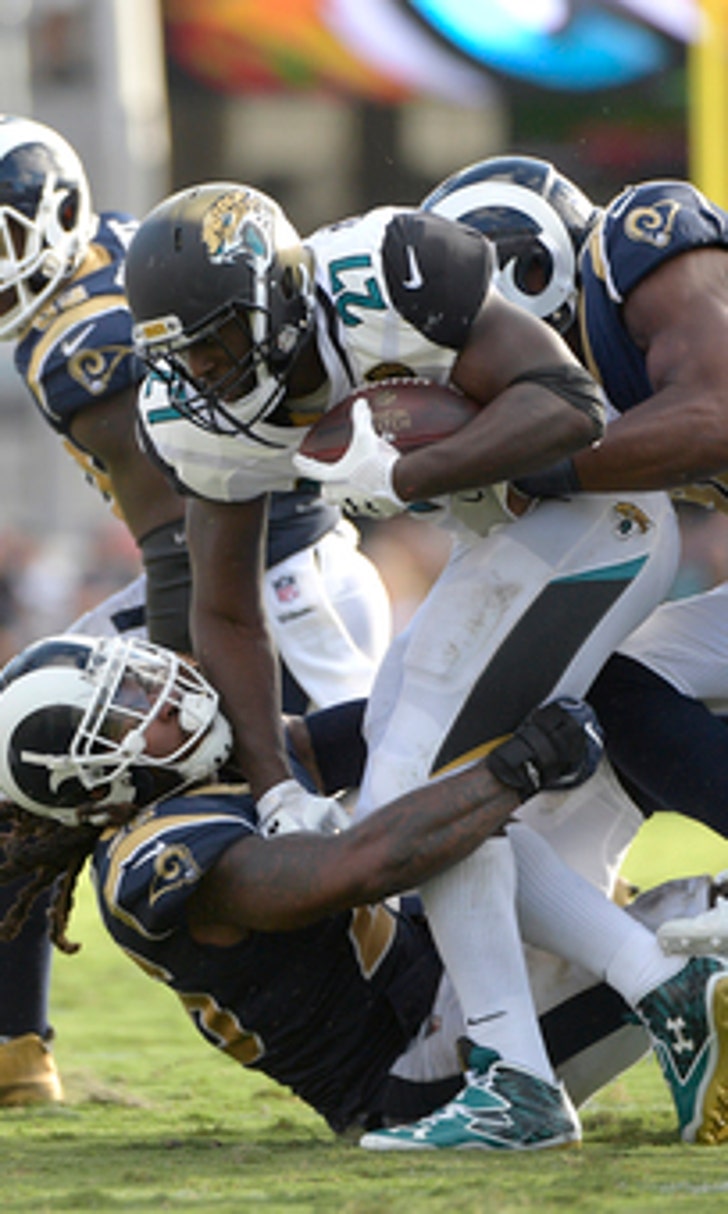 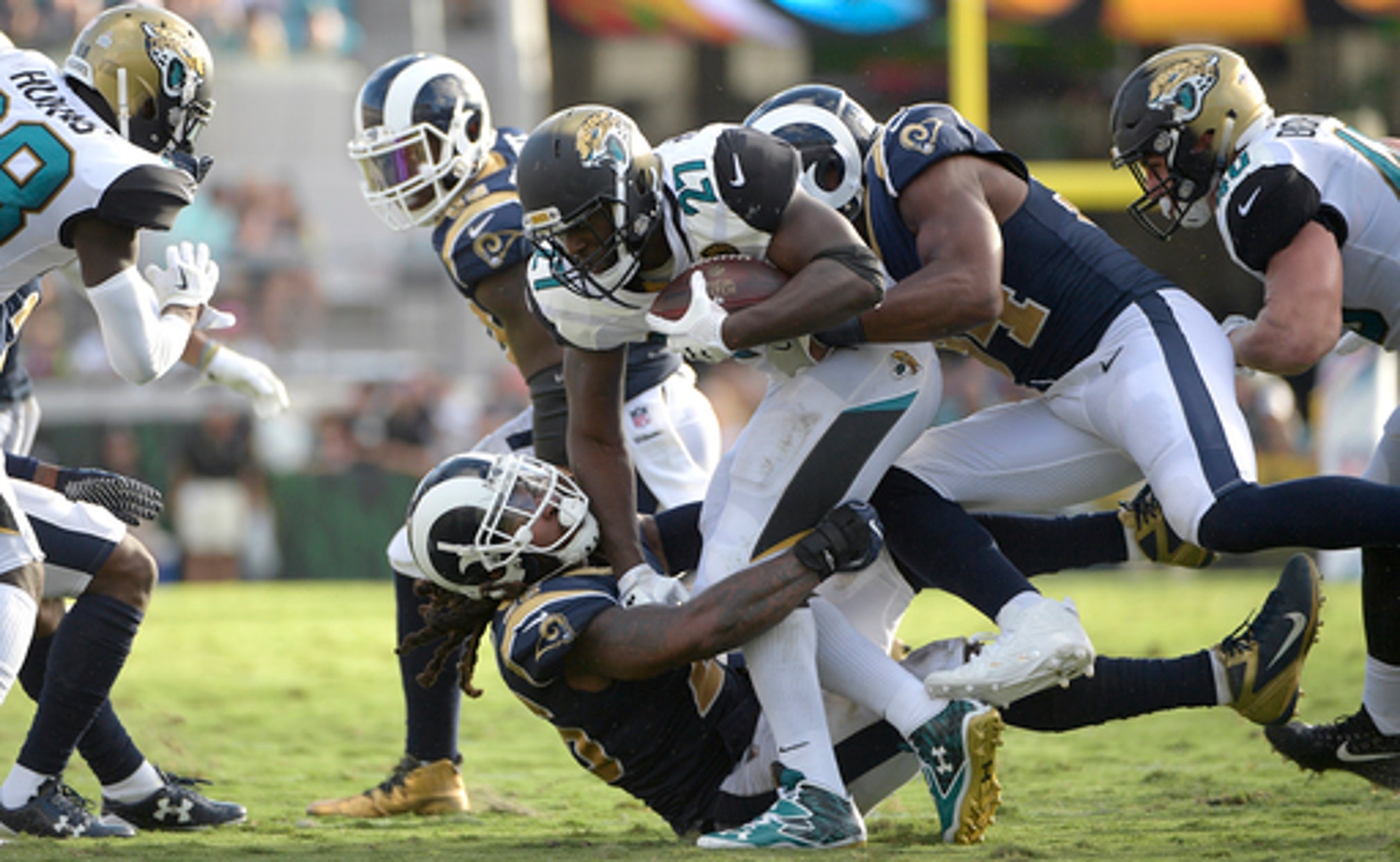 JACKSONVILLE, Fla. (AP) Blake Bortles broke the huddle, lined up under center and did a double take.

Four defensive linemen. Four linebackers. And a safety. All in the box.

''That was definitely a first,'' Bortles said Wednesday.

Even though six of those defenders were on line of scrimmage, Bortles continued with the play: A handoff to Leonard Fournette. The rookie was stopped for a 1-yard gain, and the Los Angeles Rams had an adjustment that could be a blueprint for slowing down the NFL's top rushing attack.

It was essentially goal-line defense in the middle of the field. And the Rams executed it to perfection.

After Fournette ripped off a 75-yard touchdown run on Jacksonville's first play, he was mostly held in check in the 27-17 loss. Outside of that first carry and another 18-yarder, Fournette ran 19 times for 37 yards against the Rams' stacked front, designed by veteran defensive coordinator Wade Phillips.

The Jaguars (3-3) failed to adapt at the time. But now they've had several days to plan for being pressed and expect better results at AFC South rival Indianapolis (2-4) on Sunday.

''We've got to be prepared for stuff we don't see on film,'' coach Doug Marrone said. ''That's really what it comes down to: Being able to identify it on the field and then being able to say, `We're going to this right away.'''

Fournette and the Jaguars have faced stacked boxes all season, mostly because opponents realize Fournette is Jacksonville's best player and they want to force Bortles to beat them throwing the ball to a receiving corps that's without its top threat, Allen Robinson, and speedy rookie Dede Westbrook.

The New York Jets had success stacking the line against Fournette, and the Rams took it to an extreme by putting backup linebacker Cory Littleton on the field instead of a second safety in run situations.

''That's a credit just because they run the ball so well,'' Rams coach Sean McVay said Wednesday, with his team practicing in Jacksonville before flying to London. ''They've been able to run it versus those heavy box counts. ... Seeing what they had put on tape, I thought it was a great way to be able to defend some of the things they presented.''

Jacksonville leads the NFL in rushing, averaging 165.8 yards a game. That's nearly 30 yards more than second-place Houston. Fournette ranks second in the league with 596 yards on the ground. He also has a league-leading seven touchdowns.

As a result, the Jaguars have seen a little bit of everything through six games. They've seen a lot of man-to-man coverage on receivers with a single safety in the middle of the field. They've seen base defenses, which includes three linebackers, against three-receiver formations. And now they've seen goal-line formations far from the end zone.

Of Fournette's 130 carries, 49 percent of them have come with eight or more defenders in the box, according to the NFL's Next Gen Stats.

The easy solution would be to pass against those fronts. But the Jaguars want to stay balanced, keeping riding Fournette and limit the number of passes by turnover-prone Bortles.

''Teams have been playing some different fronts against us that we haven't necessarily expected because of the run,'' Jaguars tight end Marcedes Lewis said. ''Is there a blueprint? I'm not quite sure. It's a copycat league. ... I would, too. I'd do anything to try to stop what we have going on in the run game.''