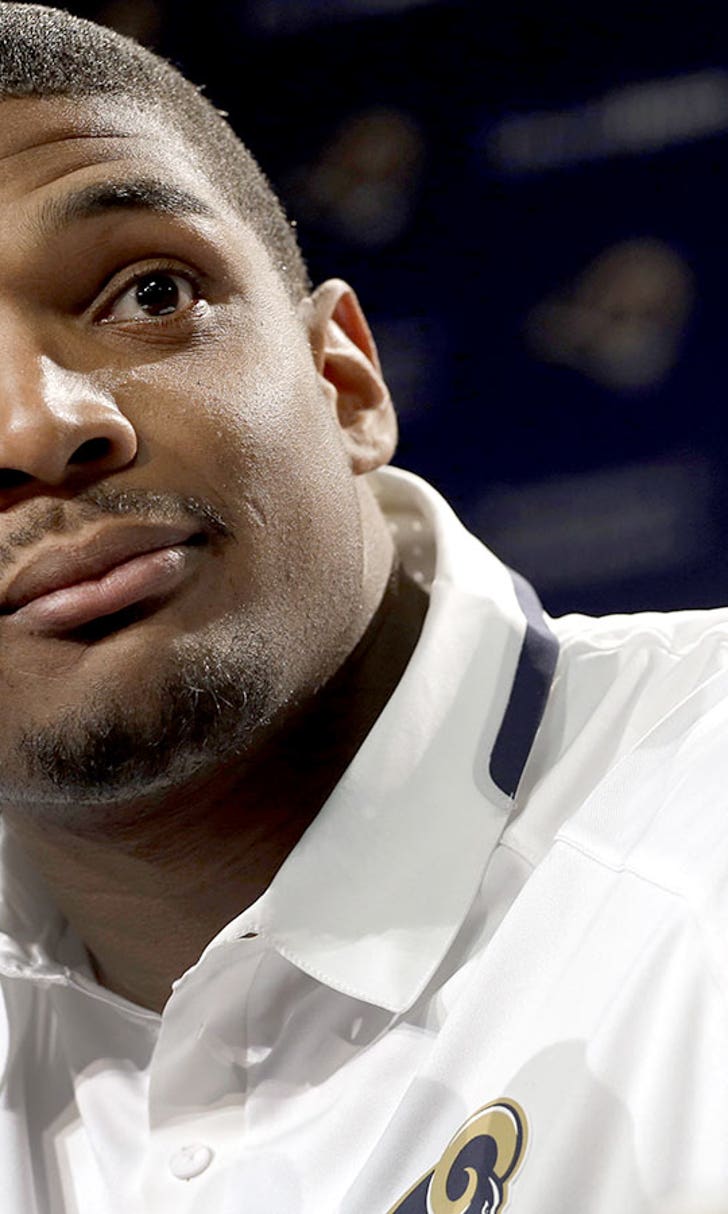 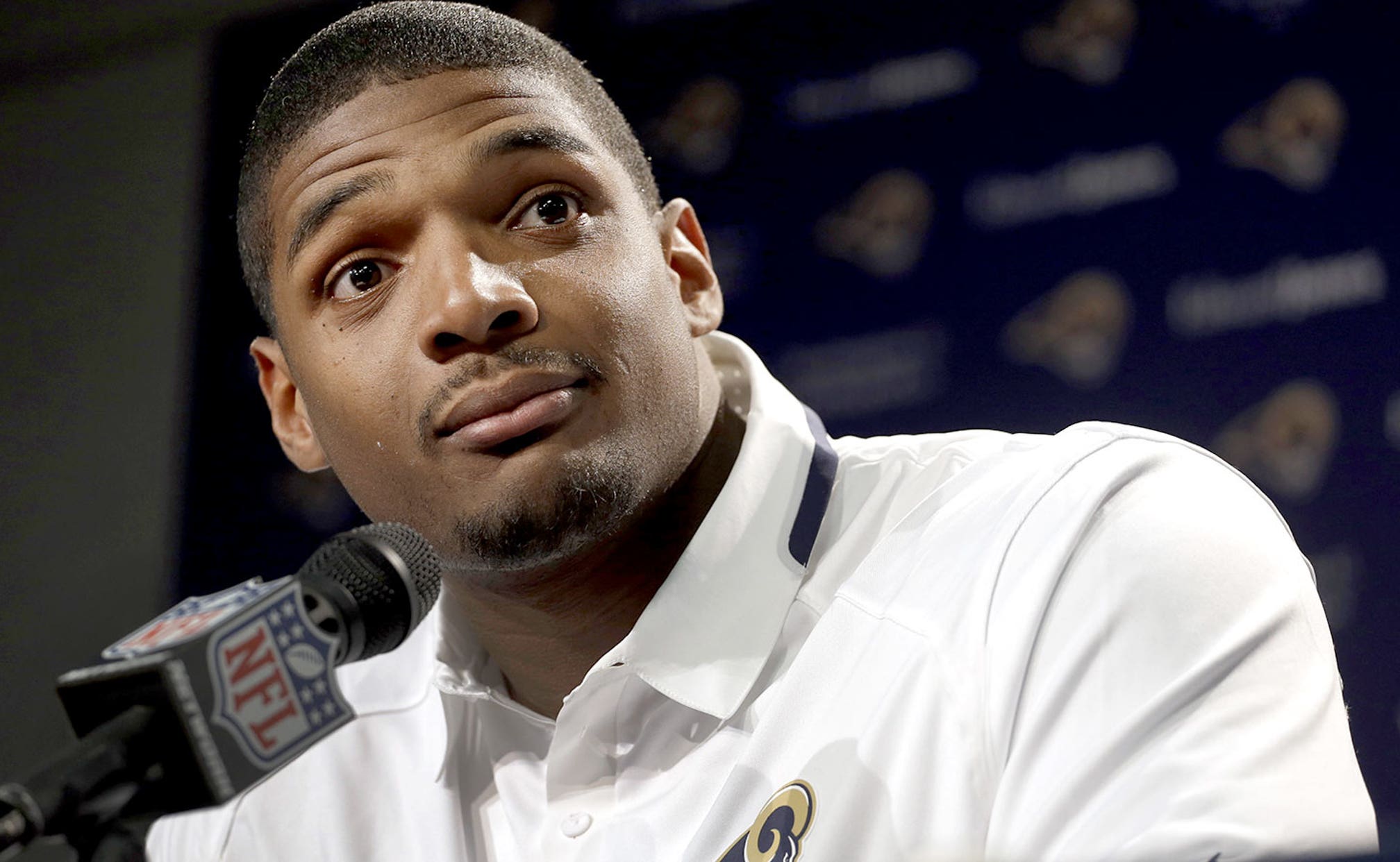 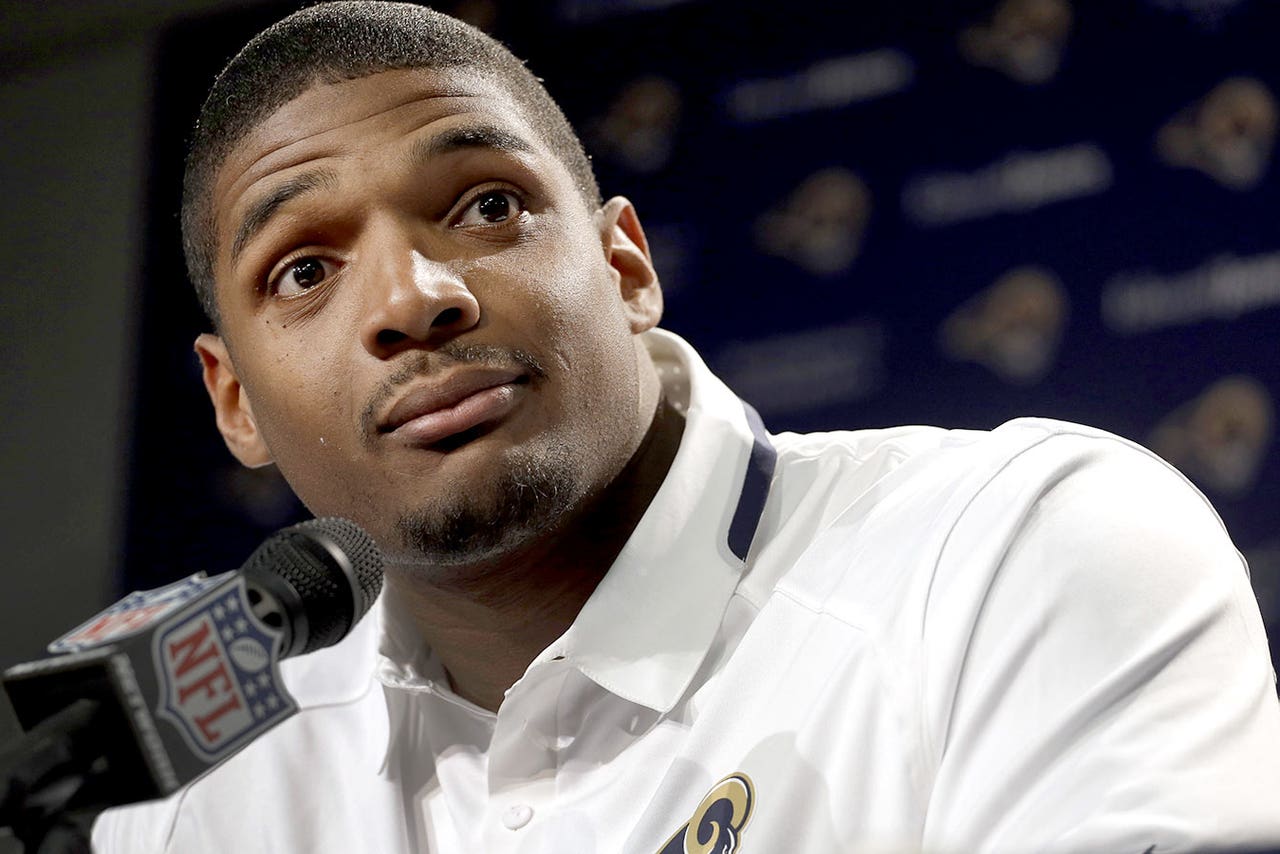 The head of an advocacy group for gay and lesbian athletes said he spent a full day this week helping the St. Louis Rams prepare for the arrival of Michael Sam, who hopes to become the first openly gay player in the NFL.

Wade Davis, executive director of the You Can Play Project, said Rams coach Jeff Fisher reached out to him after the team chose Sam in the seventh round of the draft on Saturday. Davis, who has been advising the NFL on diversity matters for the past year, said he was confident Sam landed with the right team -- starting with a head coach who wasn't afraid to draft him.

During a daylong visit to Rams Park on Monday, Fisher told players they could feel free to approach him if they have any issues regarding Sam.

''Hey, if any of you guys are uncomfortable, coach Fisher wants you to know his door is open,'' Davis said. ''Everyone in this needs to have a voice.''

NFL spokesman Greg Aiello said the league has been working with teams and players ''on ensuring a respectful culture.'' Davis met with owners and head coaches at league meetings in March, and Aiello said diversity was discussed with owners, head coaches and team executives.

''The work is continuing and will include training resources for every team,'' Aiello said.

Aiello wouldn't discuss specifics of the league initiative, or whether any of it was prompted by the bullying scandal involving Miami players accused of targeting Jonathan Martin. Davis said the initiative for gay rights has been in the planning for more than a year.

The 36-year-old Davis is a former NFL defensive back who came out as gay after ending his career, which included getting twice cut by Fisher after brief stints in Tennessee. He has plans to meet with a handful of other teams regarding diversity issues, but said he couldn't divulge specifics.

''A bunch of teams want me to come talk to them,'' Davis said.

Davis also said he knows of at least ''a couple of players'' in the NFL who have come out only to their teams, as Sam did before his final season at Missouri last year.

''Their teammates know,'' Davis said. ''And those are the only people that need to know.''

Sam, the SEC co-defensive player of the year, arrived Monday along with the rest of the draft class for a week of rookie orientation. That same day, Davis was at Rams Park for nine hours, holding separate meetings with the coaching staff and front office, some veteran players and support staff. He said he had a shorter meeting with the draft picks, plus spent time with Sam, whom he'd met prior to the player's coming out announcement in February.

While in St. Louis, Davis concentrated on de-bunking myths about gay athletes and discussed strategies for supporting Sam.

Rather than label his session with players a workshop or seminar, Davis called it a ''conversation layered with personal narrative.'' After establishing rapport, there was a question and answer session, and Davis said he finished with mostly common sense points of emphasis.

He stressed to players that they need not ''walk on eggshells'' around Sam, but simply to treat him with respect like any other teammate. Davis said players were eager to help. The question he heard most: How best to shield Sam from disruptive media attention and allow him to concentrate on making the team?

Sam has agreed to be the subject of a documentary series on Oprah Winfrey's cable network, seemingly at odds with that goal. Yet he, too, asked Davis about strategies to ''get the media out of here.''

Davis responded that every practice, every day, is an interview with the Rams. Sam, after all, is the 249th pick of the draft and must crack a team that seems deep with defensive ends.

Still, cameras will follow Sam whenever possible for now and was the star attraction on Tuesday when draft picks were introduced, typically a largely ceremonial occasion.

''I welcome him with open arms,'' said running back Tre Mason, a third-round pick. ''Everyone's entitled to who they want to love, and he's a man of his own and he's entitled to do that. We're a team, and he's also a family member to us and to me now.''

The GOATS, the bad and the Jets
Charlotte Wilder recaps a wild NFL Sunday, including a battle of QB legends, a bevy of QB struggles and one hapless, winless team.
3 hours ago

Coach 'Em Up
The Titans, Bucs and Steelers are showing just how valuable elite coaching is to NFL success, Geoff Schwartz explains.
5 hours ago

Steeling the Spotlight
Pittsburgh is not-so-quietly making its case as the best team in the AFC, and so far, its defense has been the catalyst.
5 hours ago

Bucs Dominate Packers As Rodgers Struggles
Tom Brady, Ryan Fitzpatrick and Jimmy Garoppolo showed up and showed out in Week 6's late games. Aaron Rodgers? Not so much.
23 hours ago
those were the latest stories
Want to see more?
View All Stories
Fox Sports™ and © 2020 Fox Media LLC and Fox Sports Interactive Media, LLC. All rights reserved. Use of this website (including any and all parts and components) constitutes your acceptance of these Terms of Use and Updated Privacy Policy. Advertising Choices. Do Not Sell my Personal Info