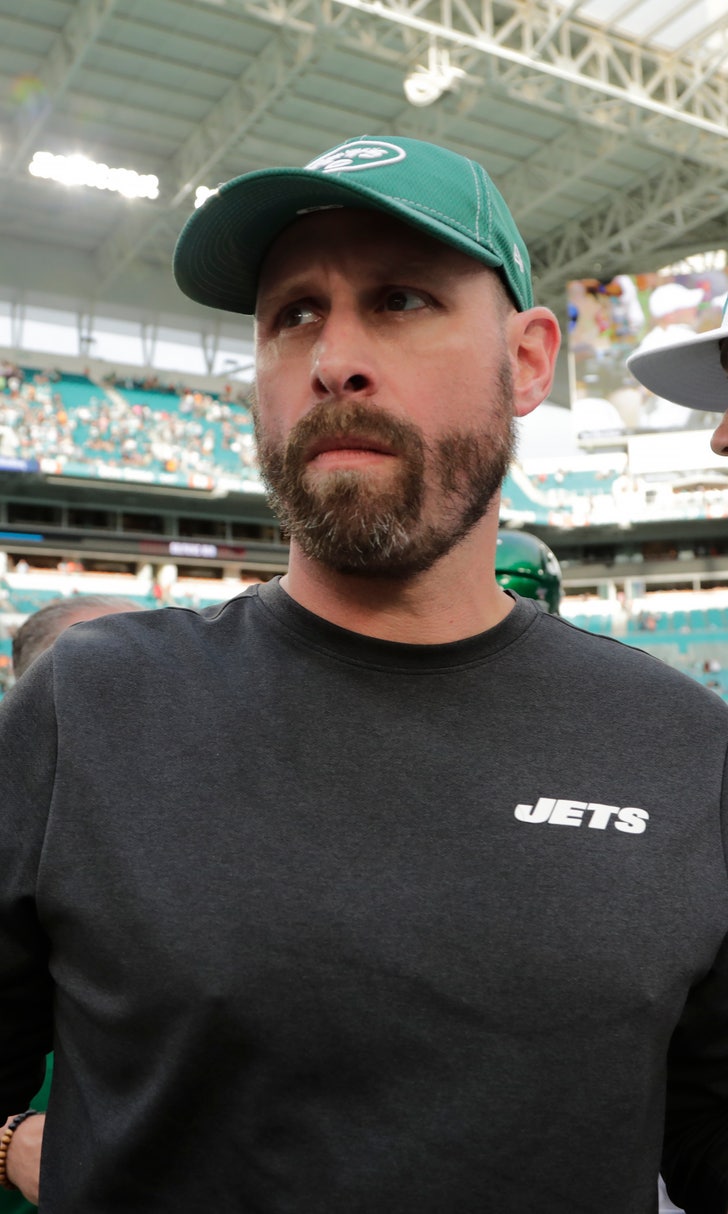 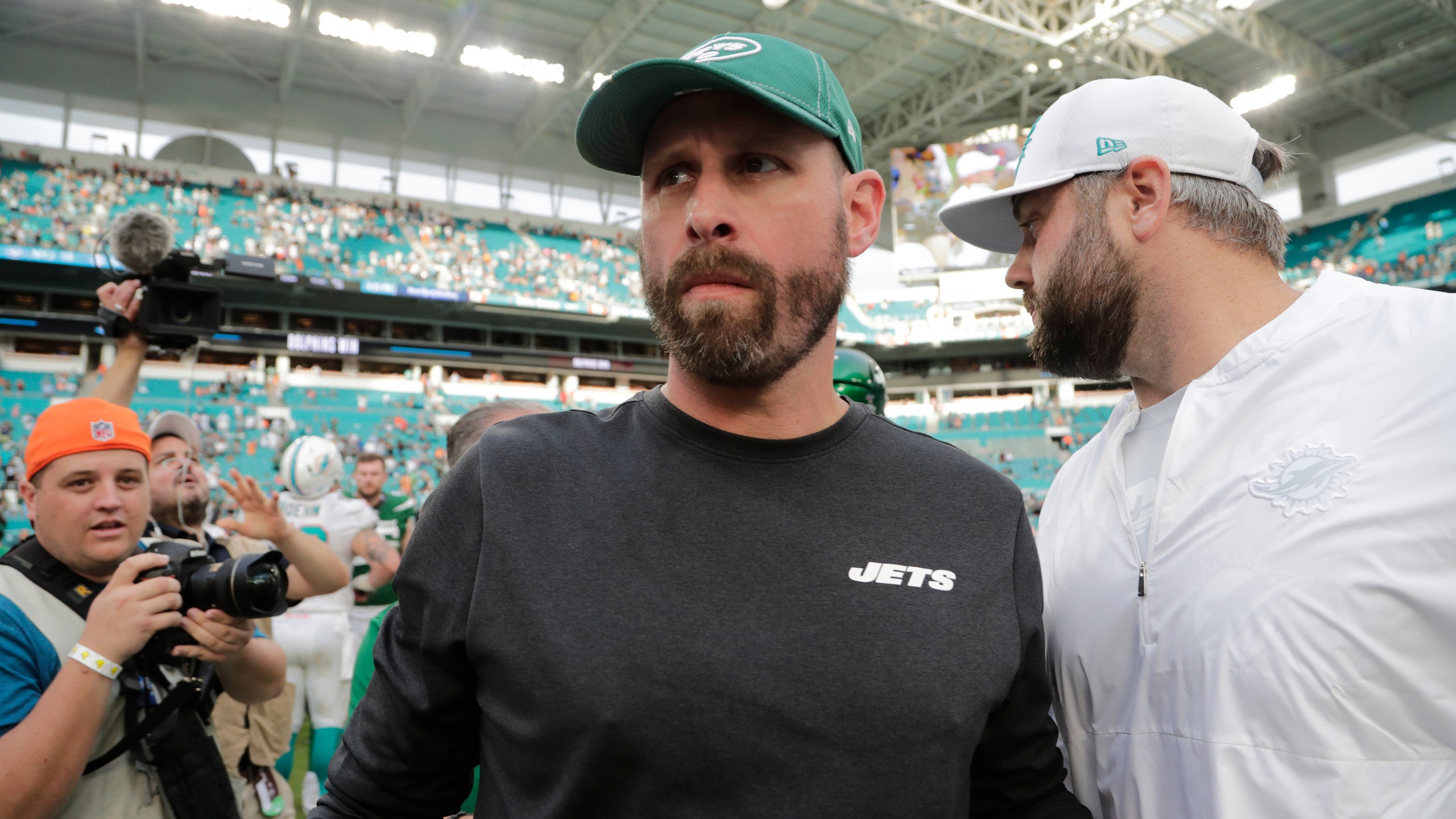 Gase's return to Miami adds to his frustration

MIAMI GARDENS, Fla. (AP) — Jets coach Adam Gase walked into his postgame news conference, put one hand on either side of the lectern and tried to explain what went wrong.

It was a scene that happened too often during his stint as coach of the Miami Dolphins.

And it played out again Sunday, in his return to his former home field.

New York gave up 21 second-quarter points to a Miami team that hadn't scored more than 21 points in a full game this season, further doomed its own chances by taking 10 penalties for 105 yards and wound up losing 26-18 on Sunday — to a Dolphins squad that came into the day 0-7 and perceived to be in tanking mode.

The Jets are now tied with those Dolphins for the worst record in the AFC East.

It's been the story of Gase's first season with the Jets. He lost his last three games with the Dolphins before being let go after last season, and this loss makes him 1-10 in his last 11 outings.

"We just have to stay together as a brotherhood," safety Jamal Adams said. "We have Adam's back, he's our head coach and we're happy he's here."

Added quarterback Sam Darnold: "Coach Gase, he's one of the best coaches I've ever been around. It's just a matter as players of going out there, being consistent. He's putting together great game plans."

Much in the same way that Gase's players were defending him, he did the same for them. He spoke of how hard they've worked, how they're aiming to do the right thing each week — and how, for no shortage of reasons, it just isn't working out on Sundays.

The season is all-but lost now, and the Jets — who play the Giants next week — know that to be the case.

Gase was one of the first people onto the field Sunday morning at Hard Rock Stadium, taking a look around his former home field.

Dressed in a suit and cap, Gase was on the field from about 10-10:30 a.m., having plenty of short conversations and hugs with familiar faces before heading toward the visiting locker room. Among his chat partners: Dolphins general manager Chris Grier.

If the return was emotional for Gase, he wasn't letting it show.

The Jets rolled to a quick 7-0 lead on Sunday, going 75 yards in 11 plays. They got the ball 10 other times — the results being four punts, three field goals, two turnovers and a missed field goal.

"We just got sloppy and started making mistakes," Jets receiver Jamison Crowder. "That's pretty much it."

If it were only that simple.

The Jets rank near or at the bottom of the NFL in plenty of statistical categories, and there's hardly ever a grace period for coaches in New York. Gase knows the criticism will only come harder now.

"They're not going to cancel our season," Gase said. "We've got to go back to work."