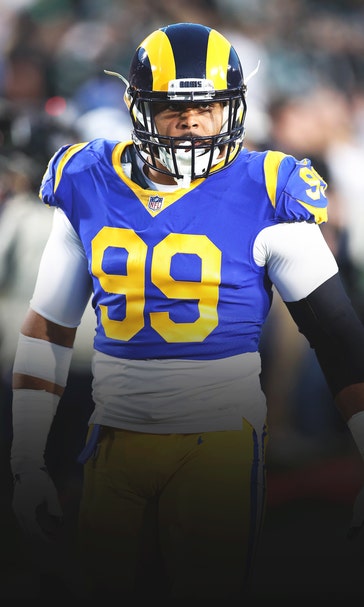 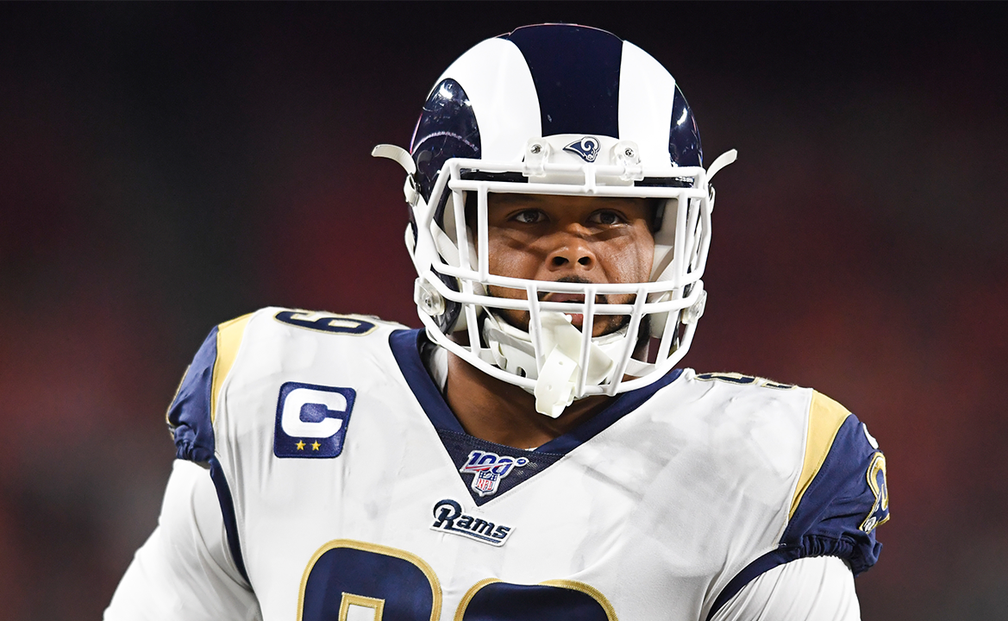 Donald is the third player to earn a 99 overall rating in Madden 21, the latest edition of EA Sports' legendary NFL gaming franchise. He joins the coveted club alongside reigning Super Bowl MVP and Kansas City Chiefs QB Patrick Mahomes, who was inducted on Monday, and Carolina Panthers running back Christian McCaffrey, who was inducted on Tuesday.

All three players are the highest-paid at their respective positions.

Donald could have guessed, but he officially learned the news when his fiance surprised him with a special package from the folks over at EA, which featured a trophy and a diamond pendant – one that matches his No. 99 jersey. Said Donald:

"It gives me bragging rights. I've been playing Madden since I was a kid. When they say you're a 99 on the video game, it's awesome – appreciate EA Sports. Appreciate you guys. We in the 99 club."

A 99 rating is the highest possible for a player, after Madden transitioned out of a "perfect" 100 rating after the 2000 edition.

The exclusive '99 Club' usually boasts between 3 and 5 members each year, except for Madden NFL 19, which included 9 players. However, it dropped back down to four athletes for the 2020 edition.

In addition to his 99 overall rating in this year's edition of the game, Donald holds a 99 rating in three separate categories: Power Move, Play Recognition and, of course, Strength, which is nothing new for the Rams superstar.

Donald has racked up double-digit sacks in the last three seasons, including a career-high 20.5 in 2018. During the 2019 season, the 29-year-old pass rusher recorded 48 total tackles, 12.5 sacks, 2 forced fumbles and 2 pass deflections.

He was named NFL Defensive Player of the Year in 2017 and 2018, and he boasts 6 straight Pro Bowl appearances and 5 straight First Team All-Pro selections.

Thursday, EA Sports and Madden 21 are expected to announce another member to this year's '99 Club.'