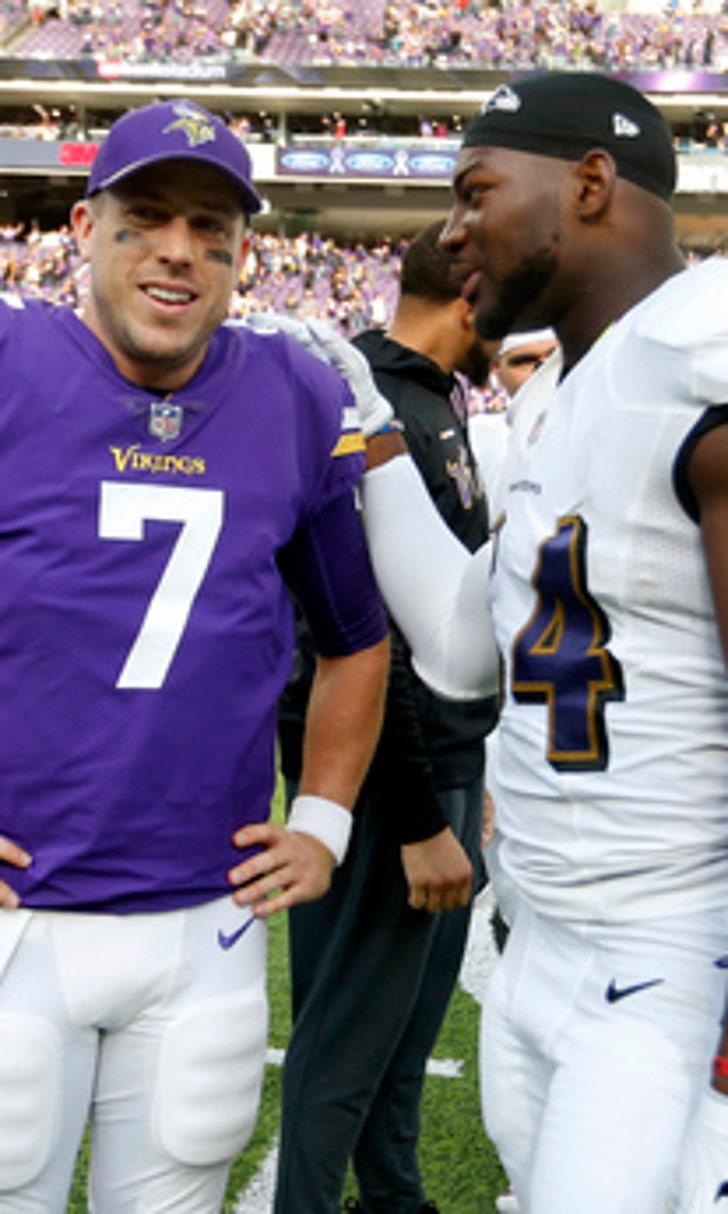 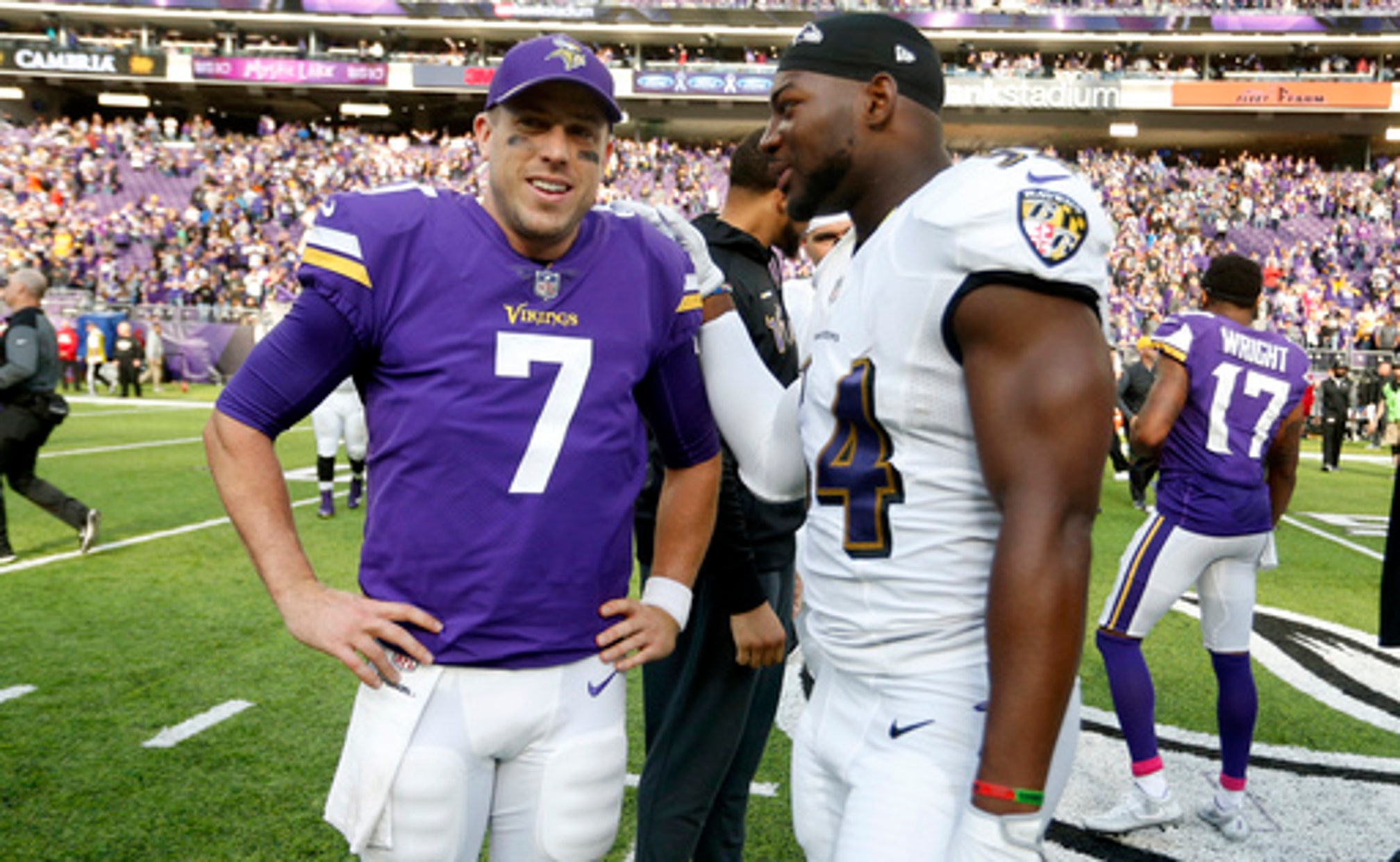 FANTASY PLAYS: Players to start amid slew of teams on bye

With six teams on a bye this week, fantasy football players are going to have a hard time fielding an ideal lineup. We'll get through it together by analyzing the matchups to determine who to start and sit in Week 8.

Dalton faces the Colts, who have surrendered the second most passing yards to QBs, and the sixth most fantasy points per game (FPPG) to the position. His top receiver, A.J. Green, has TD catches in two career games against the Colts.

Keenum is a potential streaming option against a Browns pass defense that has allowed 14 passing TDs, the second most in football. The Browns have also allowed the eighth most FPPG to QBs this season.

Although he's in a time share with Bilal Powell, Forte has led Jets RBs in snaps played over the past two weeks. He's also posted double digit fantasy points in points per reception (PPR) scoring formats in his last two games. Running backs have secured 39 receptions against the Falcons, who are giving up the fourth most FPPG to the position.

The Buccaneers have given up the most FPPG to WRs, and the second most receptions (96) to the position. Funchess is averaging close to nine targets per game since Week 3 and leads Panthers WRs in red zone targets.

Jeffery is having a disappointing season, but much of his struggle could be attributed to tough cornerback matchups. He still averages almost eight targets per game and the 49ers have given up TDs to WRs in six of seven weeks and surrender the sixth most passing yards per game.

Stills has a tough matchup against a tough Ravens secondary, however, Matt Moore will be the Dolphins' QB and if fellow WR DeVante Parker (ankle) does play this week he'll likely be limited. Stills and Moore have connected for TDs in four consecutive games.

After a slow start, Rudolph has averaged over eight targets and five catches over the past three weeks. The Browns have yielded the most receptions and the second most FPPG to TEs.

It appears that Henry will be the Chargers' primary pass catching TE going forward. He is averaging over seven targets and four catches per game over the past three weeks. The Patriots are surrendering the seventh most FPPG to TEs.

The Seahawks have yielded an average of just over 8 fantasy points per game (FPPG) to QBs over their last three games, and have yet to give up a rushing TD to a QB. Running the ball has been one of Watson's strengths and that will cut into his production.

The Steelers have given up the second fewest FPPG to QBs and are second in QB sacks with 24. Stafford will be playing behind an offensive line that's allowed him to be sacked 17 times in his last three games.

It's clear that Hyde is the 49ers' primary back, however he has a tough matchup against the Eagles, who allow an average of just 67 rushing yards per game. The 49ers will probably be playing from behind for much of this matchup, and may have to abandon the run early in the game.

Martin is averaging just under 59 rushing yards per game this season, and only gained 2.45 YPC in Week 7. The Panthers defense is allowing just 81 yards on the ground, and they are yielding the seventh fewest FPPG to RBs.

Colts QB Jacoby Brissett was sacked 10 times in Week 7 and his weak offensive line may hinder his ability to get Hilton the ball as much as he'd like to. The Bengals have given up the fifth fewest FPPG to WRs.

- Will Fuller, Houston at Seattle

Fuller has scored five TDs in his first three games, however with just about four targets per game this season, it'll be difficult for him to keep up that pace. The Seahawks have allowed just three TDs and the sixth fewest FPPG to WRs.

Although Seferian-Jenkins has been productive, he faces a Falcons defense that hasn't allowed a TD to a tight end this season.