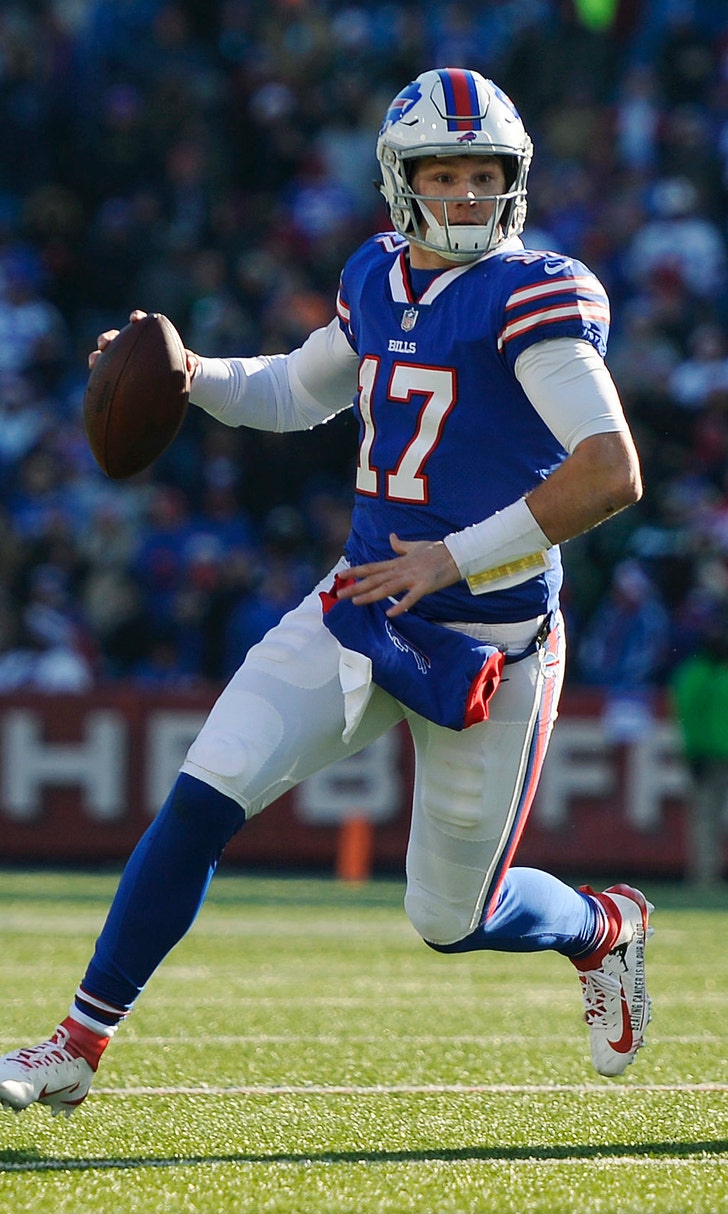 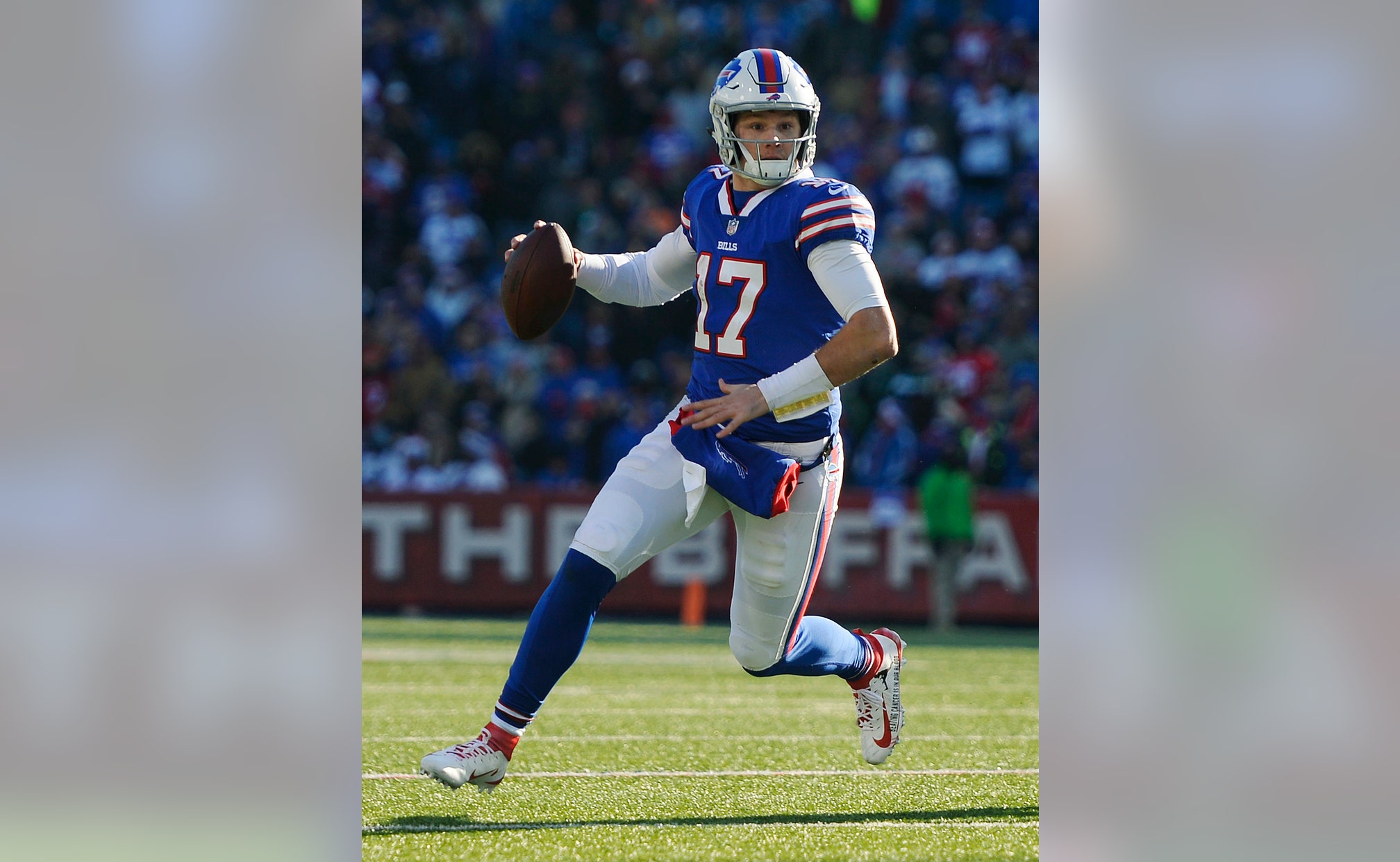 A look at some key fantasy football questions and answers for title matchups in Week 16:

WHICH UNDER-THE-RADAR PLAYERS HAVE THE BEST CHANCE FOR A BIG GAME THIS WEEK?

Week 16 is championship week in most fantasy football leagues, and we don't recommend you making many wholesale changes to your lineup.

However, Josh Allen has scored the most fantasy points per game (FPPG) among QBs over the past four weeks. He faces the Patriots, who've given up the ninth most FPPG to the position. The built-in cushion his rushing stats provide make him a player with a high floor.

Don't write off Ravens RB Gus Edwards just yet. Yes, Kenneth Dixon played more snaps than Edwards in Week 15, but Edwards continues to get more red zone opportunities than Dixon. Baltimore takes on the Chargers, who've given up five rushing TDs over the past three weeks.

The Packers have allowed the fourth-most FPPG to WRs and they take on the Jets this week. Quincy Enunwa has already been ruled out, making Robby Anderson a WR with upside. Anderson has averaged just over eight targets in his past three games and has scored a TD in two straight.

With Bengals WR A.J. Green already on injured reserve and Tyler Boyd highly unlikely to play this week, tight end C.J. Uzomah should get more of QB Jeff Driskel's attention. The Bengals take on the Browns, who've given up the fourth most FPPG to TEs as well as the most receptions to the position.

IF CHIEFS RB SPENCER WARE IS ACTIVE, SHOULD HE BE STARTED OVER DAMIEN WILLIAMS?

Ware seems like he's on track to play against the Seahawks on Sunday but he's likely to be limited. Even with Ware in the lineup back in Week 14, Williams managed rushing and receiving scores. Although TDs are difficult to predict, coming off of his big Week 15 Williams should still have a fairly significant role in the Chiefs backfield. The Seahawks have allowed the seventh-most catches to RBs and catching passes out of the backfield is one of Williams' specialties.

WHICH DOLPHINS RB IS A BETTER START, KALEN BALLAGE OR KENYAN DRAKE?

Don't let Titans RB Derrick Henry's Week 14 238-yard performance fool you, the Jaguars defense is tough against the run. It's likely that neither Ballage nor Drake have big weeks, but Ballage should have volume on his side. Ballage out-carried Drake by a 12 to 1 margin in Week 15 and he wasn't even the Dolphins starting RB. Be wary of overrating Ballage's 123-yard rushing performance from Week 15. Consider that 75 yards of it came on one play.

CAN CHARGERS WR MIKE WILLIAMS BE EXPECTED TO HAVE ANOTHER BIG WEEK?

Williams took advantage of a good matchup against the Chiefs in Week 15 and rewarded his fantasy owners with three TDs. He takes on the Ravens, who've given up the fourth fewest FPPG to WRs. Williams averaged 63 receiving yards and a TD per game after Week 3 and looked like he'd develop into a potential low-end WR2. However, he inexplicably faded for most of the rest of the season. His inconsistency, tough Week 16 matchup, and the fact that Chargers WR Keenan Allen may play this week make Williams a player to avoid.

WILL SAINTS QB DREW BREES BREAK OUT OF HIS THREE-GAME SLUMP?

Brees has averaged 177 passing yards and threw two TDs and three interceptions in his last three games, all on the road. He's playing at home against the Steelers, who have given up the eighth most FPPG to QBs over the past four weeks. Brees has some pretty striking home/road splits which make him a good bounce-back candidate this week. Brees averages just under 321 passing yards per game and has 9.77 yards per pass attempt (Y/A) in his home games. On the road, he averages just under 218 passing yards and just 6.88 Y/A.

CAN COLTS RB MARLON MACK BE COUNTED ON TO BUILD UPON HIS BIG WEEK 15?

Yes. The Colts win more games when Luck has fewer pass attempts. Mack led Colts RBs in snaps percentage played and carries in Week 15. Luck only had to throw the ball 27 times as they shut out the Cowboys in Week 15. The Giants run defense was smothered by Titans RBs last week as they rushed for 205 yards and scored two TDs. The Giants also give up the fifth-most FPPG to RBs.

WITH JOSH GORDON SUSPENDED INDEFINITELY, ARE THERE ANY PATRIOTS RECEIVERS THAT COULD SEE AN UPTICK IN PRODUCTION?

The only Patriots receiver that can be trusted in your fantasy lineups this week is Julian Edelman. Chris Hogan and Phillip Dorsett could get more targets but their season-long inconsistency makes them risky starts. In addition, the Bills give up the sixth-fewest FPPG to WRs, making it more likely that the Patriots will run the ball a bit more this week.

WHAT TYPE OF PRODUCTION CAN WE EXPECT FROM TODD GURLEY THIS WEEK?

There's no question that Gurley has an underlying injury that will potentially limit his production. His progress needs to be monitored as game time approaches. Be prepared to bench him if need be. He's rushed for 55 or fewer yards in three of his last four games and while he has a plus matchup in a very winnable game against the Cardinals, don't be surprised if the Rams limit Gurley's snaps or even make him inactive. They might want to ensure he's healthy for their real life playoff run. If Gurley is forced to sit, his backup John Kelly would be the preferred play. The Cardinals give up the fourth-most FPPG.