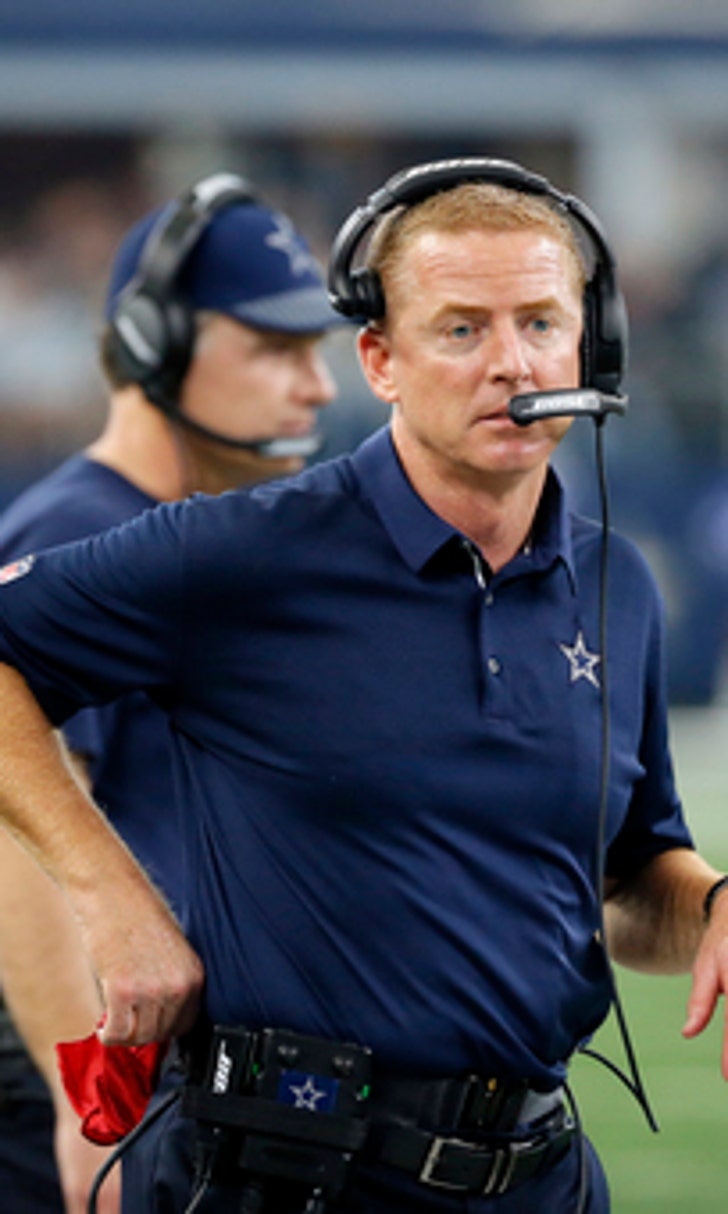 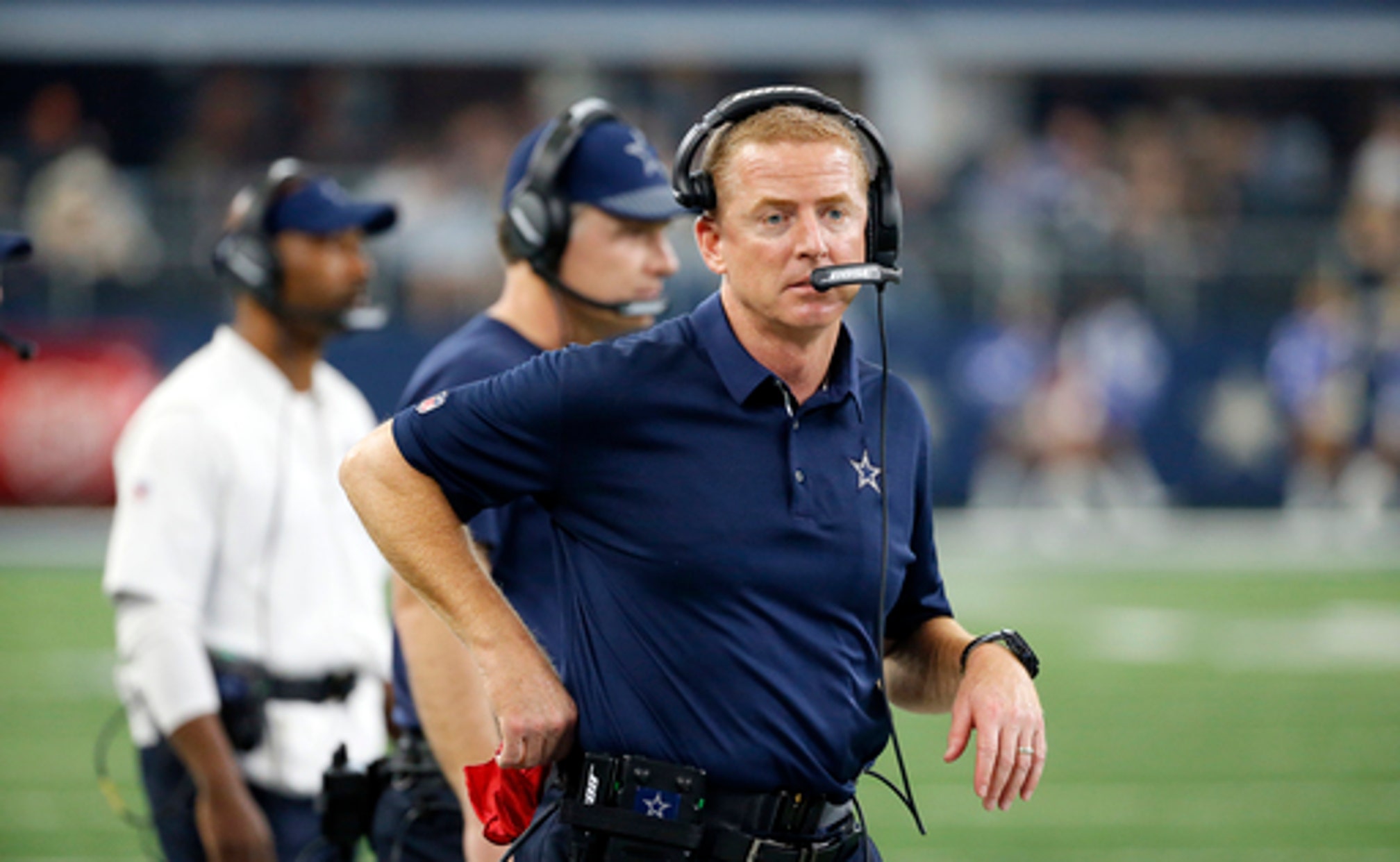 FRISCO, Texas (AP) Jason Garrett dislikes comparisons, so the Dallas coach had no interest in recalling the motivation for his Cowboys when he debuted with a win at the New York Giants six days after the firing of Wade Phillips in 2010.

Why would Garrett get asked such a thing in the first place? Well, the Cowboys visit the Giants on Sunday. And New York will be led by interim coach Steve Spagnuolo after the firing of Ben McAdoo on Monday.

''I'm sure every situation is different,'' Garrett said Monday , a few hours after the spiraling Giants cleaned house.

''I think the biggest thing you try to do is lock in on what the opportunity is in front of you. That's what we're trying to do this week.''

Garrett's right about one thing. The Giants also dumped general manager Jerry Reese . Cowboys owner Jerry Jones would have to fire himself for the same thing to happen in Dallas, and Jones has always said he'll never do that.

So the other comparison will have to do, and begs the question of whether the Giants (2-10) can find a spark and spoil what remains of the playoff hopes for the Cowboys (6-6) a year after beating them twice when Dallas finished atop the NFC at 13-3.

Seven years ago, the Cowboys bounced back from a humiliating prime-time blowout in Green Bay with a 33-20 win over the Giants that ended New York's five-game winning streak and sparked a 5-3 finish under Garrett after a 1-7 start.

Nope. Still nothing from Garrett.

''That was a particular situation that we had a few years ago, and we tried to handle it the best,'' Garrett said. ''The biggest thing we tried to preach to our guys is just to prepare for the opportunity that we have on Sunday. It's the same thing we're preaching right now to our team.''

The Cowboys aren't nearly on the roll New York was for Garrett's debut. But quarterback Dak Prescott said his bruised throwing hand (right) is fine after taking a hit on it in last week's 38-14 win over Washington that snapped a three-game losing streak.

The Dallas defense had its best showing in five games overall without Lee this season, forcing four Redskins turnovers and sacking Kirk Cousins four times. The 280 yards allowed were the fewest since beating the Giants 19-3 in the opener.

''I thought we were more physical in how we tackled and in forcing the opposing offense to earn it,'' Garrett said. ''That's really when we play our best defense. So I did think we grew over the course of time - the best game being the one against the Redskins.''

The Dallas offense is also coming off its best game without suspended star running back Ezekiel Elliott, who has two games left in his six-game suspension over alleged domestic violence.

Alfred Morris had 127 yards rushing on 27 carries with a clinching touchdown against the Redskins, and the Cowboys rushed for 115 yards in the second half. The Giants have the worst rushing defense in the NFL.

''It's hard to think, hey, one minute you may have (Elliott) and the next minute you don't, to have the same type of confidence,'' executive vice president of personnel Stephen Jones said on his radio show Monday. ''But I think seeing that happen, have him go through a game like that and really, at the end of the day, play the type of football game we want to play as a football team certainly helped everybody in the building.''

Early Wake-Up Call
The supposed class of the NFC East didn't get off to the start that many expected on Sunday.
3 days ago

Cowboys Fall On Controversial Call
An offensive pass interference call on Dallas in the final minute helped seal a season-opening win for Los Angeles.
4 days ago

The 2020 NFL Gambling Blueprint
Are you ready for some football wagering? Jason McIntyre breaks down 10 rules for making your picks on the 2020 season.
6 days ago
those were the latest stories
Want to see more?
View All Stories
Fox Sports™ and © 2020 Fox Media LLC and Fox Sports Interactive Media, LLC. All rights reserved. Use of this website (including any and all parts and components) constitutes your acceptance of these Terms of Use and Updated Privacy Policy. Advertising Choices. Do Not Sell my Personal Info