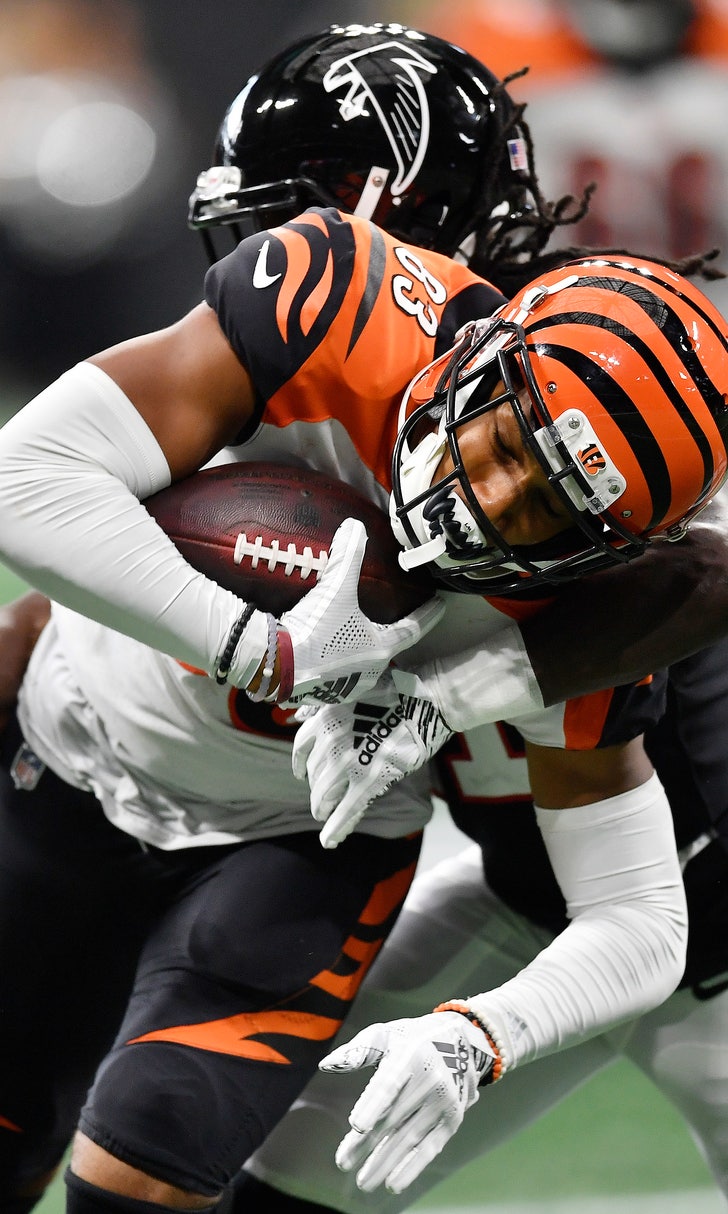 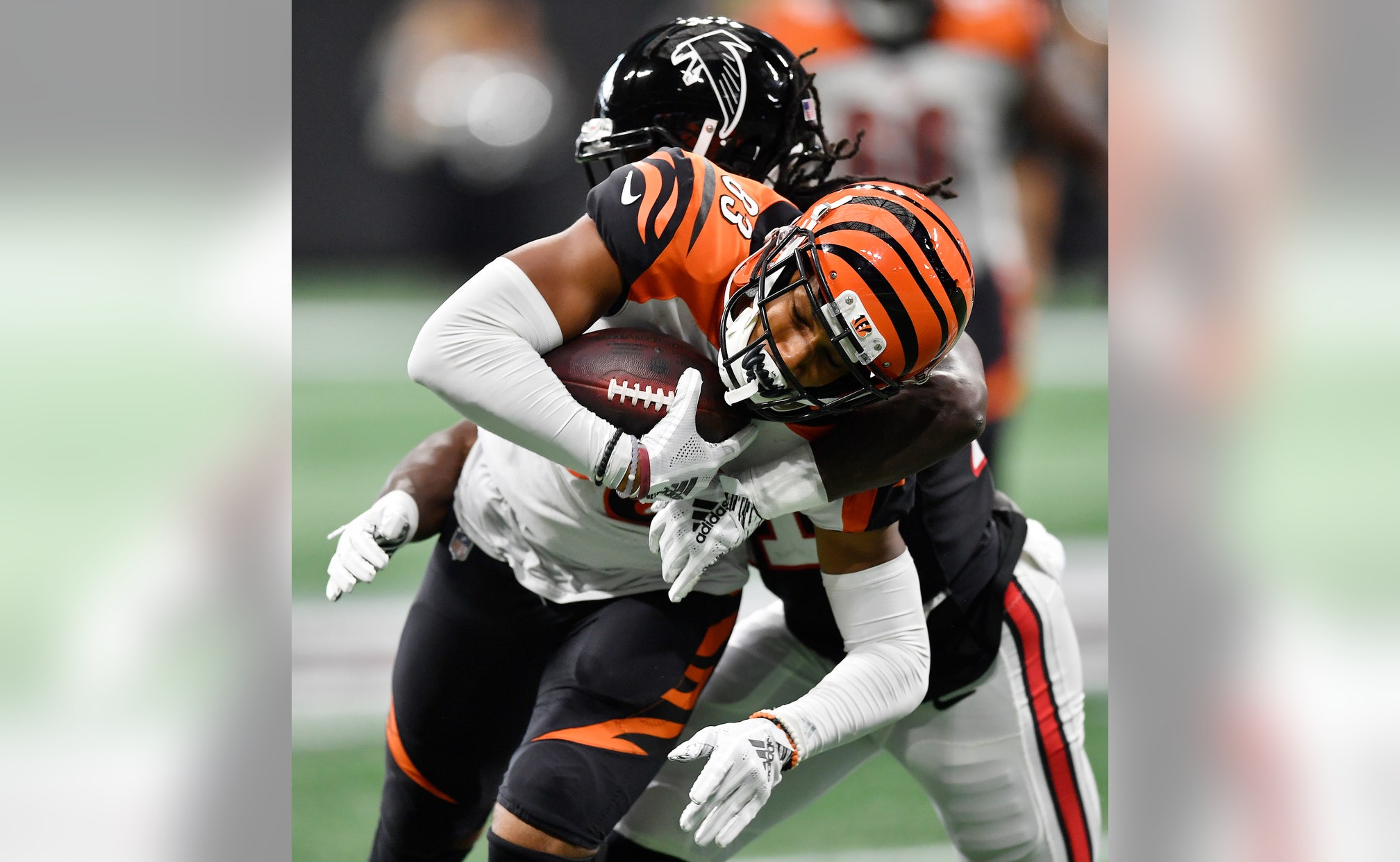 previous story
Ingram returns to Saints with 'a lot of stuff pent up'
next story
Another ring for Tebow: QB gets Florida's top football honor

Falcons catching no breaks with injuries on defense

The second-year pass rusher makes a good point. Atlanta earned a playoff berth the past two years with a mostly healthy defense, but it's a different story this season.

The Falcons (1-3) are reeling now that Grady Jarrett, their best interior lineman, is the fourth defensive starter to miss Sunday's game at Pittsburgh (1-2-1).

"It sucks not having Grady out there, but we can't be sad, because the Steelers won't be sad about it," McKinley said. "They won't."

After allowing 80 points combined and losing their past two games in the closing seconds, the Falcons rank third-worst in scoring, fifth-worst in total yards and second-worst in third-down percentage. They're a banged-up group that can't seem to catch a break.

Starting end Vic Beasley is nursing a sore ankle and has been limited in practice this week. Reserve end Derrick Shelby has been limited with a groin injury and hasn't played since the Week 2 win over Carolina.

Injuries at safety has given starting jobs to Damontae Kazee, who played in 16 games as a reserve last year, and rookie Isaiah Oliver, who played exclusively at cornerback in his last two seasons at Colorado.

Coaches have leaned heavily on Kazee to tone down his aggressiveness following a penalty in preseason and an ejection for a helmet-to-helmet hit on Carolina quarterback Cam Newton.

And the staff is working with Oliver, who made a big mistake last week against Cincinnati. Coordinator Marquand Manuel called zone coverage, and Oliver was playing too far in front when A.J. Green dashed behind him for the winning touchdown catch.

Losing Jarrett is substantial enough that the Falcons will use a three-man rotation of Jack Crawford and Terrell McClain, a pair of longtime veterans, and Michael Bennett, who was signed this week after injuries allowed him to play in just one game last year with Jacksonville, to fill his spot.

Rookie Deadrin Senat, a third-round pick, will take most of the snaps at nose tackle, where Crawford and McClain have split starts this year. Coach Dan Quinn added that third-string end Steven Means, signed last month, might have to help out on the inside, too.

Trying to restore some order for his defense, Quinn has spent the past few days emphasizing better fundamentals in tackling, ball-hawking, pass rush and communication.

There was some progress last week. Missed tackles dropped from 15 the week before to "single digits," as Quinn described it, against Cincinnati. Kazee got his first career interception, and McKinley, after missing the Week 3 loss to New Orleans with a groin injury, returned to have his first three-sack game.

Linebacker Duke Riley says McKinley brought some swagger back to the defense.

"We can't make the excuses that we don't have the guys," Riley said. "We have the right guys in the room. We've just got to own up to it and be closers."

What You Need To Know To Win $100,000
NFL fans have a chance to win big absolutely for free this week. Jason McIntyre is rolling with Tua, Kyler, and more.
12 hours ago

NFL's Top Plays of Week 11
Follow along live with all of the action around the NFL, updating as it happens!
6 days ago