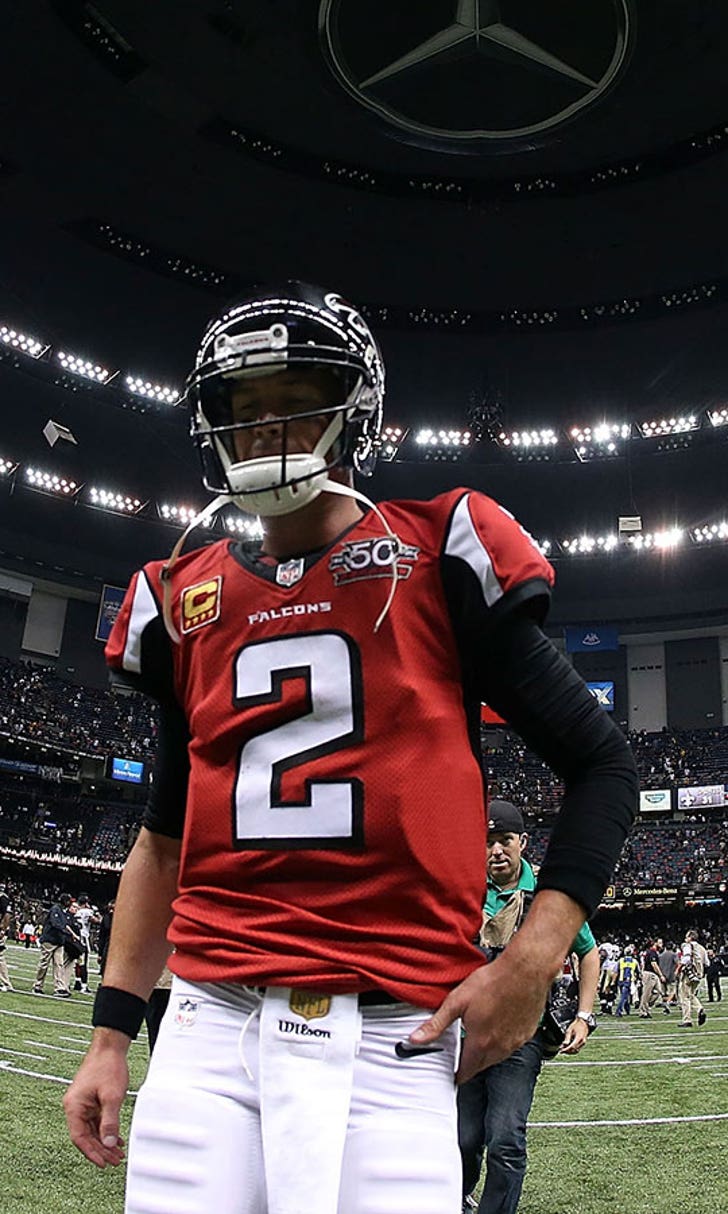 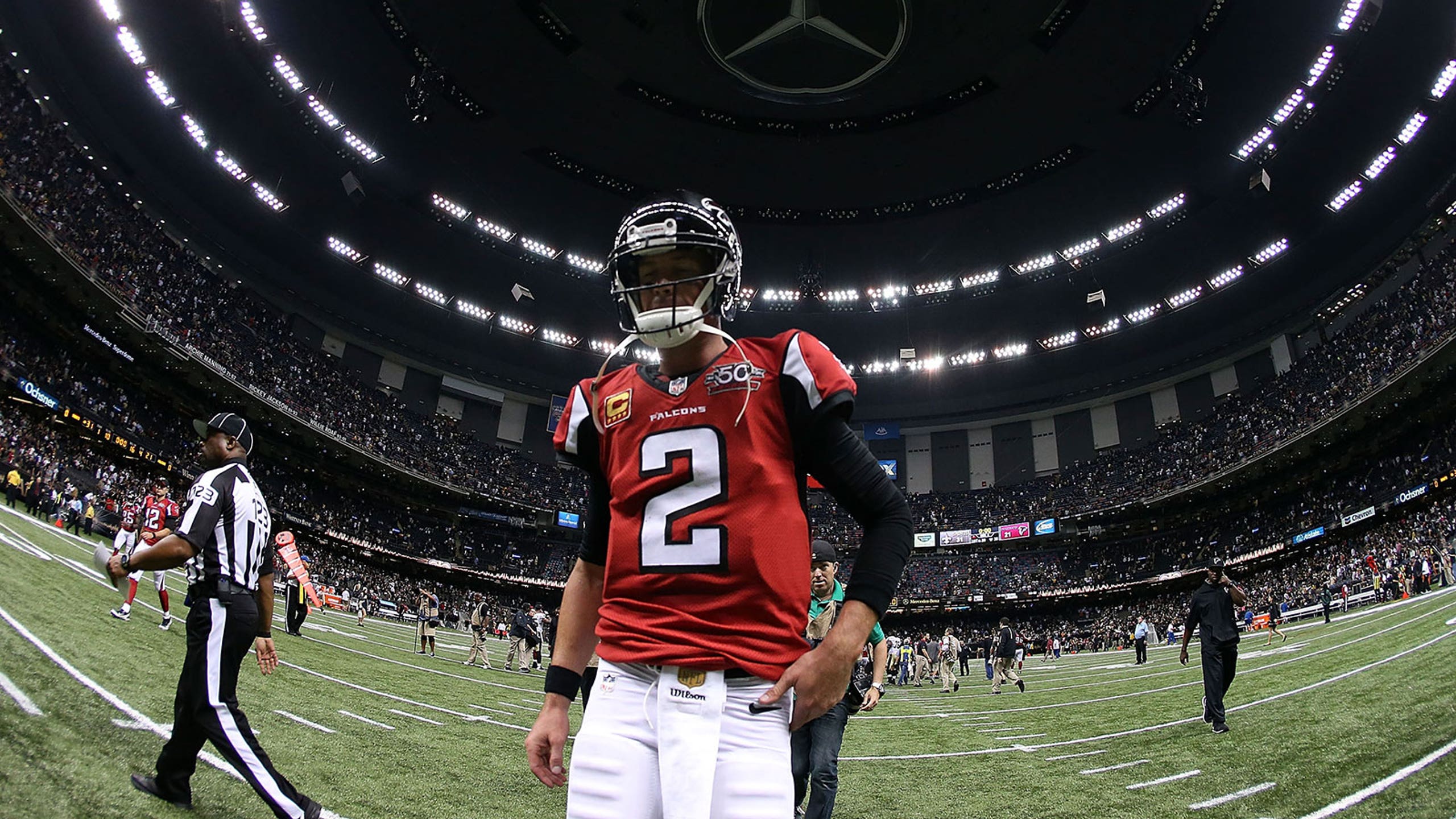 Even with Falcons' success, Ryan knows he must play better 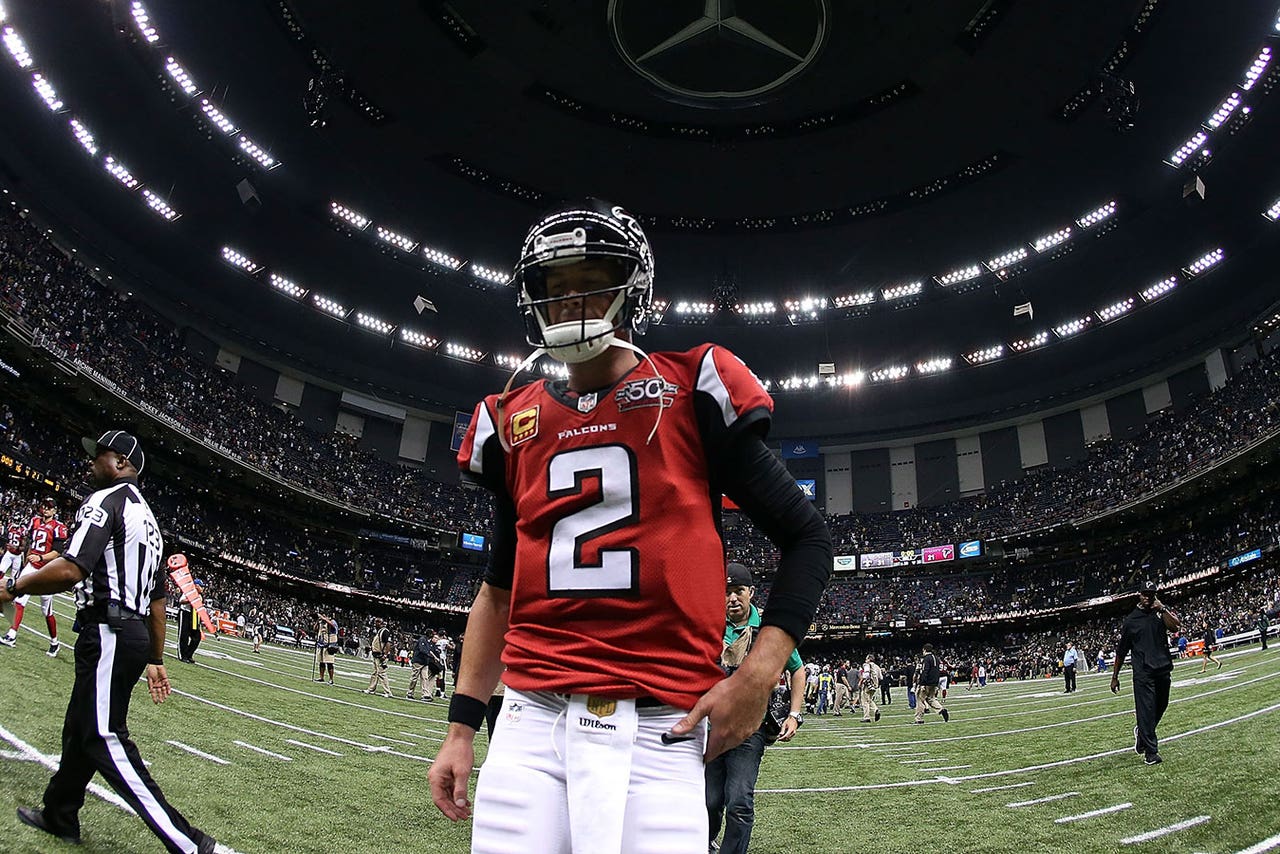 FLOWERY BRANCH, Ga. (AP) Matt Ryan knows that it goes with the territory.

When the offense is struggling, the quarterback usually gets the blame.

Even though the high-flying Atlanta Falcons (6-1) have already matched their win total from last season, Ryan and the offense bogged down a bit the last three weeks in wins over Washington and Tennessee and the lone loss at New Orleans.

Ryan put the responsibility squarely on his shoulders Wednesday.

Ryan threw a pair of interceptions in an overtime win against Washington, and two more in last Sunday's unappealing 10-7 victory over the Titans. The 30-year-old now has six picks for the season, a big reason he is on pace for his lowest quarterback rating since 2009.

''Obviously when you turn the ball over, it's more difficult to win,'' Ryan said. ''I've got to be better than I've been. That's something we'll clean up. But I'm not going to lose any of my aggressiveness.''

The Falcons certainly have no desire for Ryan to go conservative, beginning with Sunday's game against NFC South rival Tampa Bay (2-4). While Devonta Freeman is having a breakout year at running back, the team's success will depend heavily on a passing game centered on the franchise quarterback and his star receiver, Julio Jones.

''We have great confidence in him to put the ball exactly where he wants,'' coach Dan Quinn said. ''The thing we're working on like crazy to improve is the turnovers for the entire team. That's an area of emphasis. Not just going into today, but overall throughout the year. To really be at our best, we have to be ball-hawking on defense, taking away the ball, and taking care of it on offense.''

The Falcons have been moving the ball effectively all season. In fact, their average yards per game is basically identical from the first four games (403.25) to the last three (403), leaving Atlanta with an impressive fifth-place showing in the league rankings.

But turnovers, costly penalties, and some questionable play-calling against the Titans caused the points per game to dip from 34.25 in the opening month to 18.67 since then.

From Ryan's point of view, that's a reason to be encouraged.

''It's never as far off as you think it is,'' he said. ''I think we've made some good plays. It's just a few plays here and there we'd like to clean up. That's kind of where my mindset is at.''

Ryan's shaky play is a bit of a mystery, given that he's getting decent protection up front and now has a legitimate running game - both of which were missing the last two years as the Falcons struggled to a 10-22 record. Freeman might be the biggest surprise in the league, a little-used rookie a year ago who leads the NFL with in both rushing yards (621) and touchdowns (nine).

Ryan said he's simply in a bit of a slump.

No reason to panic.

''It's one thing I've learned about playing this position: There's a lot of spotlight that comes with it,'' he said. ''I'm fine. My body is fine. I'm healthy. I feel great through seven weeks of the season. Do I feel like my best football is in front of me? Absolutely. I don't think I've played my best. But that's just part of this league. You're going to have ups and downs.''

As long as the Falcons are winning, that's the most important thing to Ryan.

Not that he's content with the way he's been playing.

Notes: WR Leonard Hankerson (hamstring) and S William Moore (groin) did not practice. Hankerson didn't play against the Titans, while Moore went out during the game. ... While Moore is out, the secondary calls will be split between safeties Kemal Ishmael and rookie Robenson Therezie. ... DT Jonathan Babineaux (back), OLB O'Brien Schofield and WR Nick Williams (hamstring) were limited in practice.