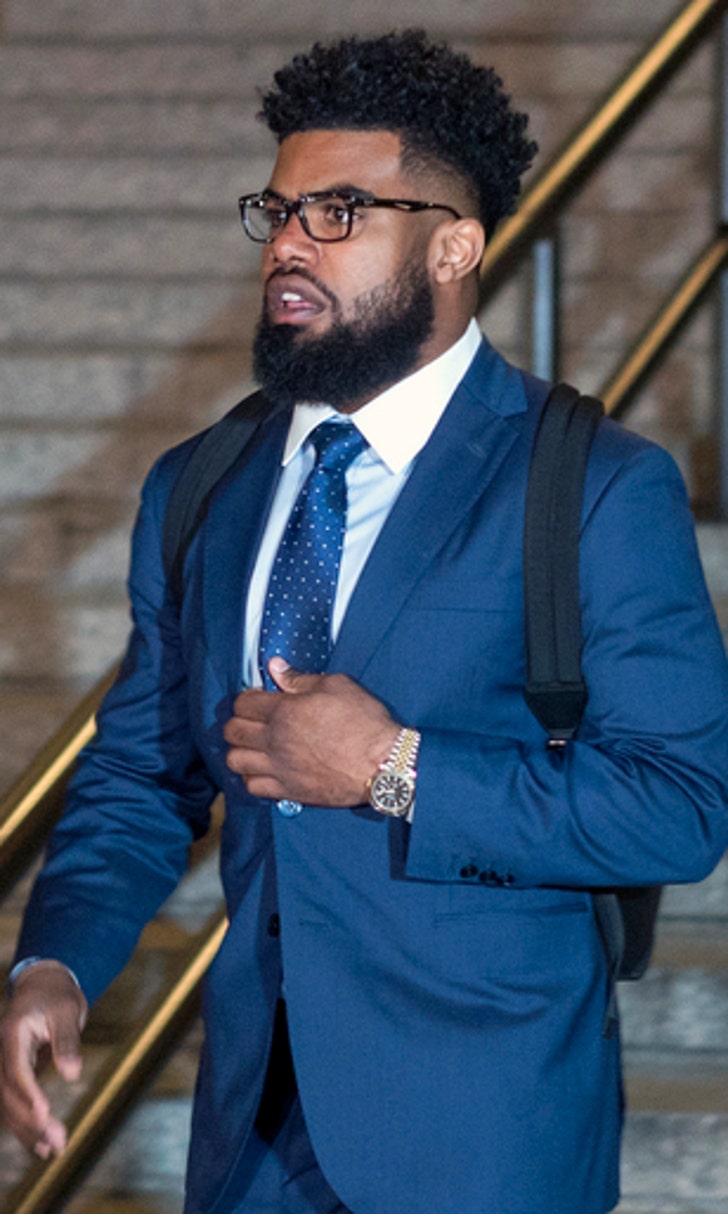 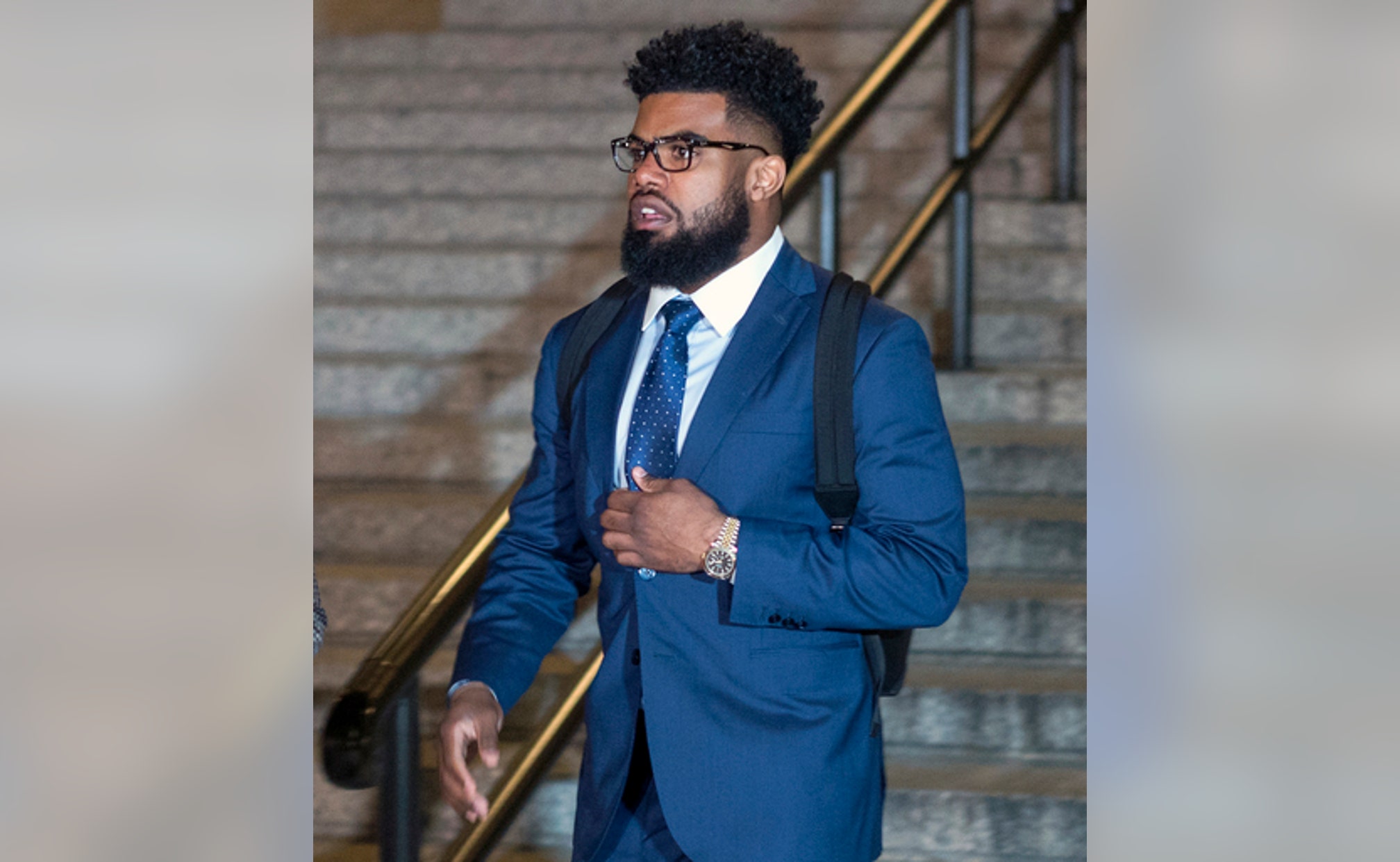 Elliott freed to play by court, senses 'burst of adrenalin'

NEW YORK (AP) Ezekiel Elliott felt a ''burst of adrenalin'' surge through the Dallas Cowboys locker room after a court freed him to play Sunday rather than begin a six-game suspension. He also blasted the claims against him, saying: ''I'm not an abuser.''

''My energy level is high like the rest of this team,'' the star running back said at his locker after a federal appeals judge in New York ruled Friday he can play at least one more game - at home against Kansas City - before a three-judge panel takes up his case.

His status after Sunday will be decided by the 2nd U.S. Circuit Court of Appeals, perhaps as early as next week.

Elliott assailed what he said was the NFL's attempt to muddy his name, saying a prolonged fight in the courts was worthwhile.

Elliott, smiling at times, said he ''threw a sweat shirt on, grabbed my backpack and was on my way here'' as soon as his agent notified him Friday morning. He had been away from the team for three days this week because of the suspension.

''I kind of felt, a little bit, it seemed like a burst of adrenaline in this team when I came in the locker room and everyone saw me and realized I was going this week,'' he said.

He said he'd welcomed a few off days when he ran but also recovered from a ''heavy load'' last Sunday, when he rushed for 150 yards and two touchdowns in a 33-19 victory at Washington.

Coach Jason Garrett said Elliott would practice Friday and spend some extra time through the weekend preparing to face the Chiefs.

Cowboys owner Jerry Jones told his radio show that the availability of a player such as Elliott based on what a court decides is a ''new experience for us.''

The Elliott suspension has been weaving through the courts since he was ordered in August to serve the ban for violating the NFL's personal conduct policy. The suspension came after the NFL investigated his alleged use of force in the summer of 2016 against his girlfriend.

Prosecutors in Columbus, Ohio, decided not to pursue the case in the city where Elliott starred for Ohio State, citing conflicting evidence. Elliott denied the allegations under oath during his NFL appeal.

A federal appeals court last month tossed out his court challenge in Texas, but the league's request for a New York court to affirm that it had acted properly led to Judge Katherine Polk Failla's ruling Monday that Elliott must begin his suspension.

An immediate appeal by the NFL Players Association to the 2nd Circuit and a request that he be allowed to play Sunday won a one-game reprieve Friday from Circuit Judge Susan Carney with no comment on the merits of the union's arguments.

In written arguments submitted to the 2nd Circuit Thursday, the league argued that the issues were bigger than a single player.

The league said the public, including NFL fans and victims of abuse, have a ''strong interest'' in seeing that penalties stemming from domestic abuse by NFL players are promptly investigated and that discipline is imposed in a timely manner.

It said ''swift discipline'' should not be manipulated by players and teams seeking to strategically time court challenges so that suspensions are served when they play weaker opponents or when an injury would already require a player to remain off the field.

Lawyers on both sides did not immediately return messages seeking comment.

The players' union said in court papers that Failla was the first judge to have ''concluded that professional athletes with short career spans do not face irreparable harm'' when suspensions are enforced before appeals options have been exhausted.

The NFL said roughly 100 players were suspended for approximately 500 games over the past season and a half.

New England Patriots quarterback Tom Brady served a four-game suspension at the start of last season after delaying it a year through the courts. The 2nd Circuit ultimately ruled against the players' union.

The Cowboys (4-3) are in second place in the NFC East. They take on a Chiefs team that is 6-2 and leads the AFC West. Elliott is the league's third-leading rusher and against Kansas City will be facing a team that has been vulnerable against the run.