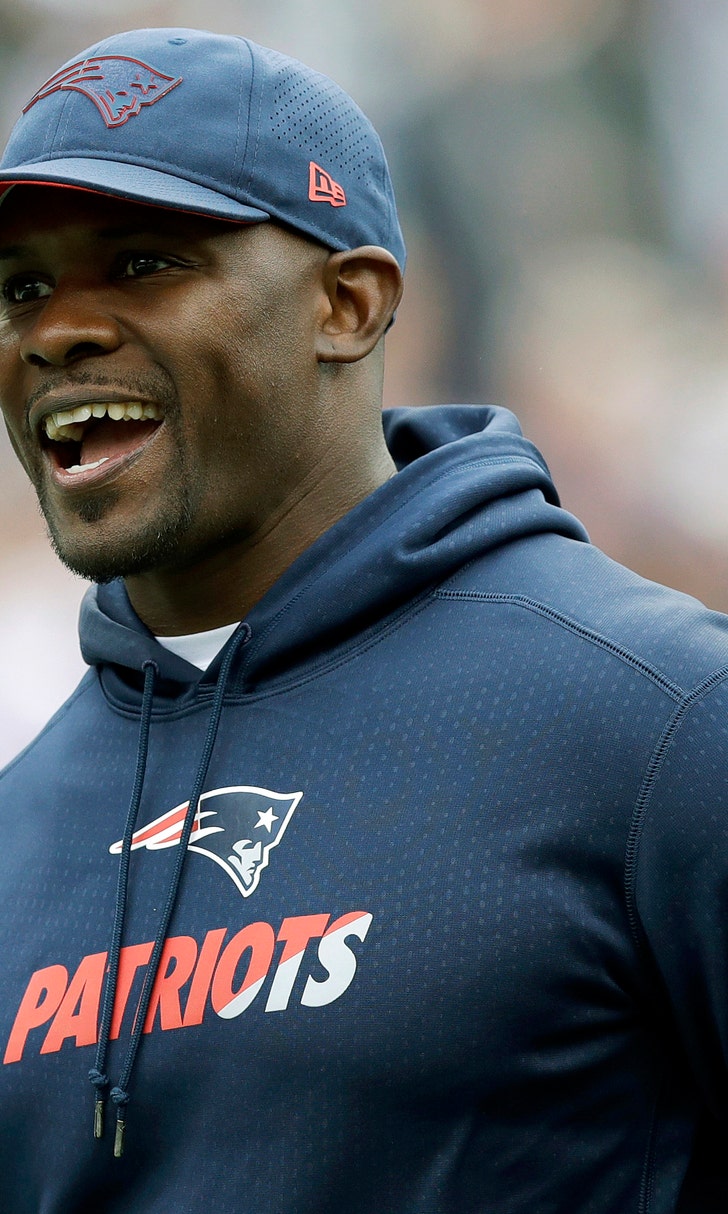 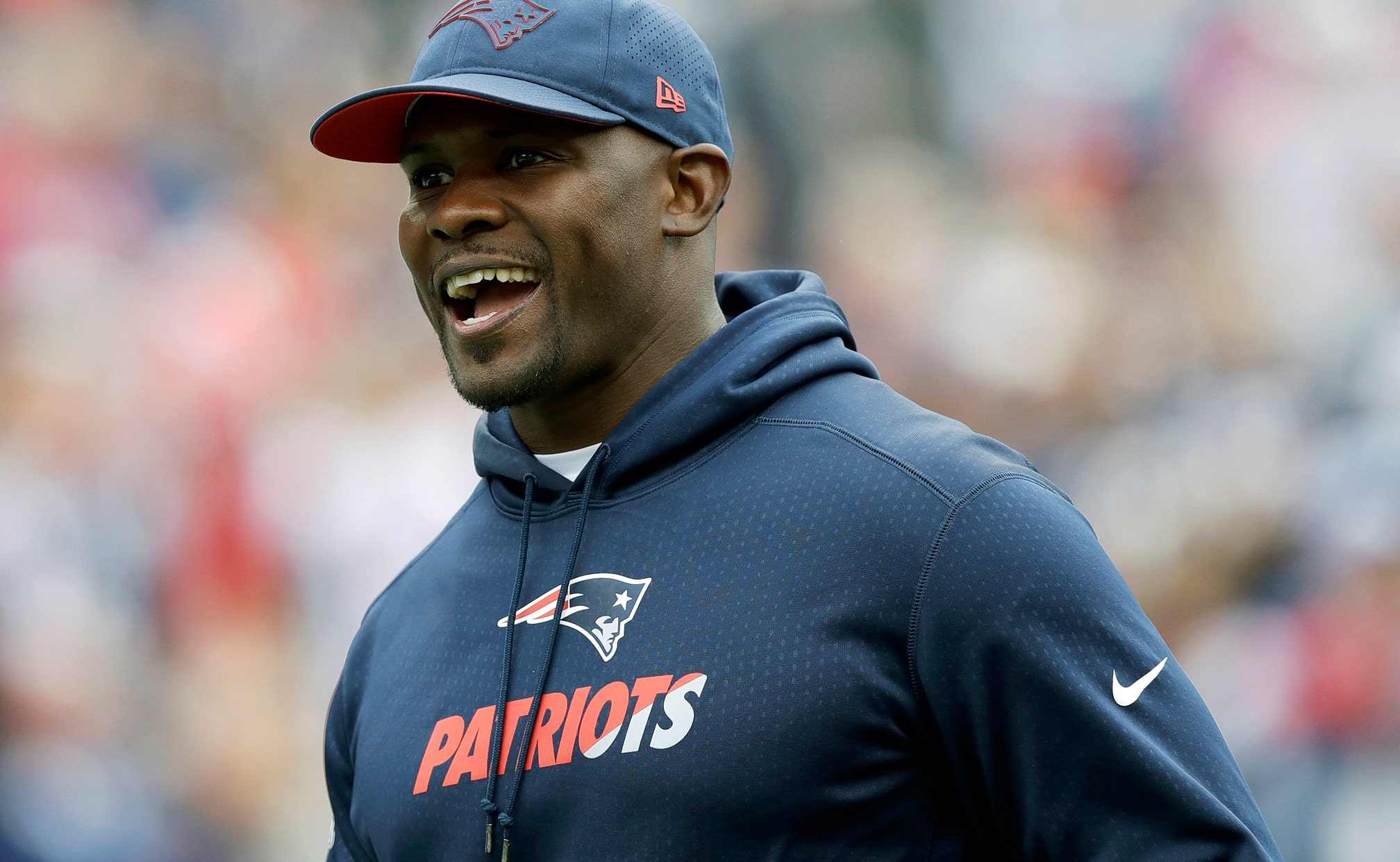 Dolphins expected to introduce Brian Flores of Pats as coach

DAVIE, Fla. (AP) — When Brian Flores was asked how he celebrated winning the Super Bowl, he paused for several seconds and laughed.

"I kissed my wife on the field," Flores said.

Then it was on to the next challenge, and a big one — fixing the Miami Dolphins. Flores, the New England Patriots' linebackers coach and defensive play-caller, was hired Monday as Miami's head coach.

He accepted the job hours after helping the Patriots shut down the high-scoring Los Angeles Rams for a 13-3 victory in the title game Sunday night in Atlanta.

"It has been a whirlwind 24 hours," Flores said with a smile at a news conference that drew two dozen cameras.

"Looking at this crowd here, you'd think we won the Super Bowl," Miami owner Stephen Ross said. "I've never seen this many people in this room. ... To me, you start an organization by signing a great leader. I believe we've found that leader."

Flores was the first person the Dolphins interviewed after they fired coach Adam Gase on Dec. 31. They decided on Jan. 11 to offer the job to Flores but had to wait until New England's season ended to complete an agreement.

Flores said the job with the Patriots' longtime AFC East foil was appealing because he shared a vision with general manager Chris Grier on how to build a winner.

The son of Honduran immigrants, Flores grew up in Brooklyn and has spent his entire coaching career with the Patriots. He joined them in 2004 and became their de facto defensive coordinator a year ago after Matt Patricia left to join the Lions as their head coach.

Flores is the ninth former assistant to Bill Belichick to become a head coach.

"I think he'll be awesome," Patriots cornerback Devin McCourty said. "But he's in the division, so I told him he can't win too many games."

Flores becomes the NFL's fourth minority head coach for 2019, which is half the total of last season. Diversity advocates have questioned the effectiveness of the Rooney Rule requiring teams to interview at least one minority candidate for any head coach or general manager vacancy.

A former Boston College linebacker, Flores also coached offense and special teams with New England. He has a long relationship with Grier, who took charge of football operations in the recent organizational shake-up.

Both started as scouts for the Patriots, the Dolphins' longtime nemeses in the AFC East. Flores will report to Grier under the team's new, more streamlined leadership structure.

Flores is leaving a team that won its sixth Super Bowl since 2002 to join a franchise that has not won a playoff game since 2000 and plans to rebuild after another dismal season.

The Dolphins went 7-9 in 2018 to miss the playoffs for the 15th time in 17 years. They allowed 6,257 yards, the most in franchise history, and the offense was also among the league's worst, finishing ranked 31st.

One win came at home against New England, when the Dolphins scored a miraculous touchdown with a pass and double lateral on the final play. The Patriots had expected a Hail Mary pass, and second-guessers complained that their secondary included lumbering 6-foot-6 Rob Gronkowski.

"My last memory here wasn't a great one," Flores said with a chuckle.

That improbable finish couldn't save Gase. Ross fired him, ordered a roster overhaul and acknowledged it may take several seasons to build a winner. The revamp is likely to include the departure of quarterback Ryan Tannehill, who has been with Miami since 2012 but has never taken a postseason snap.

Flores becomes Miami's 10th head coach since 2004, including three interim coaches. Grier noted that two of Flores' predecessors, Gase and Tony Sparano, reached the playoffs in their first season before the team backslid, so Miami will try a more patient approach.

"We want to build this where it's long term and you can win for many years, instead of trying to go year to year," Grier said.

Flores is braced for the frustrations that come with rebuilding.

"That's part of leadership — dealing with adversity," he said. "There's going to be some pain. There's pain for every team."

As for his curtailed Super Bowl celebration, he wasn't complaining.

"No, this is not getting cheated at all," Flores said. "That was a great experience, but I guess I've always been this way — I look forward."