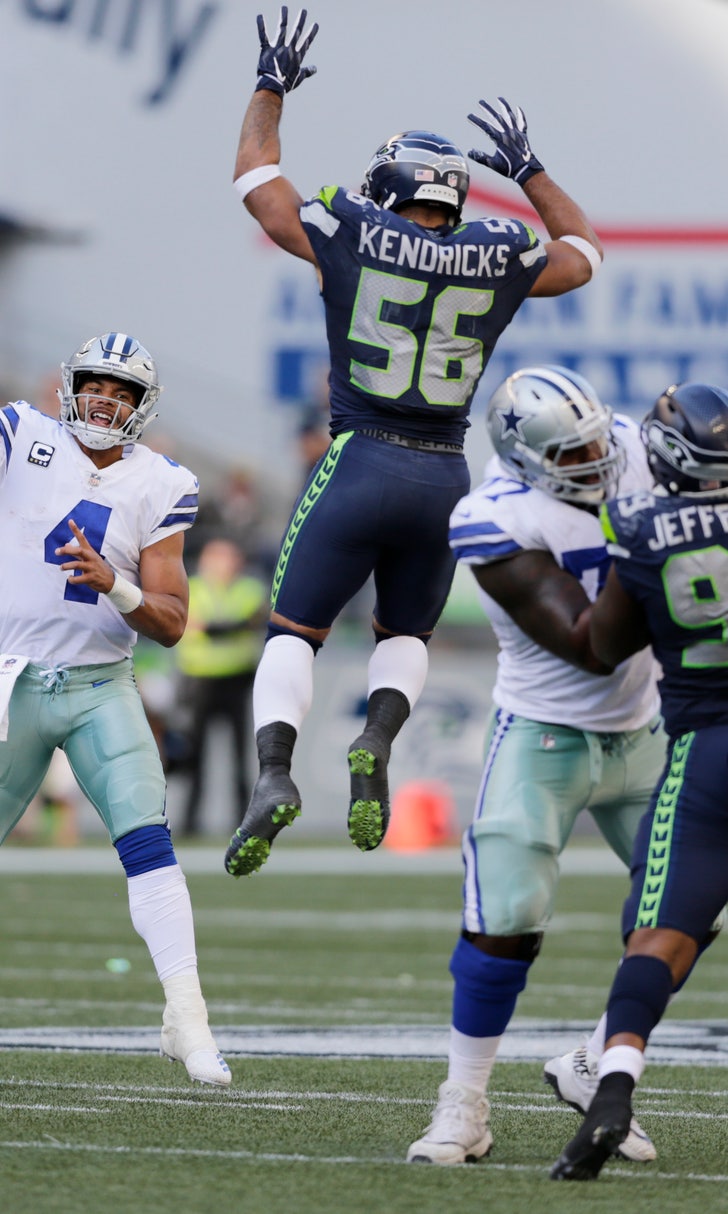 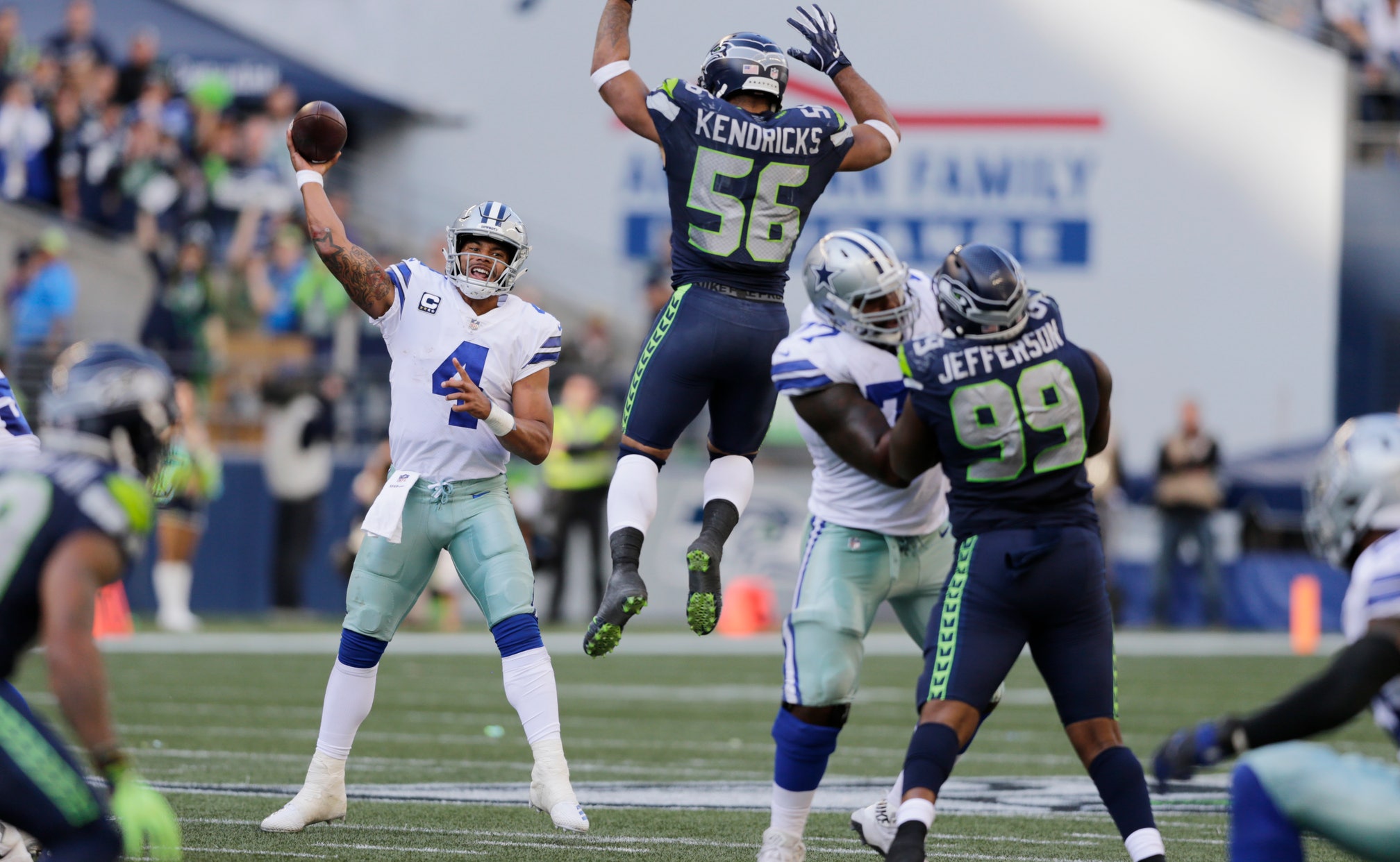 Dink and dunk isn’t cutting it with Cowboys’ passing game

FRISCO, Texas (AP) — Dak Prescott has the fewest throws of at least 15 yards down the field among quarterbacks who have played all three games this season.

It isn't really news to the leader of the Dallas Cowboys.

"I don't think we've just attacked that area enough, simple as that," Prescott said after a 24-13 loss to Seattle on Sunday. "I don't necessarily say they're taking it away as much as we haven't tried them enough. You can put it on me. I guess I just need to push the ball down the field more."

Whether it's play-calling, blocking or a group of receivers looking woefully ill-equipped to replace the All-Pro version of Dez Bryant, the Cowboys' passing game is broken — even when Ezekiel Elliott has his first 100-yard rushing game of the season.

Prescott, who has completed just three of 10 passes at least 15 yards downfield, had his fifth straight game of fewer than 200 yards with at least 25 passes going back to last season. The Cowboys haven't had that long a run of inefficiency in the passing game in 15 years.

If it's any consolation, Quincy Carter-led Dallas made the playoffs despite that ineptitude in 2003, although those Cowboys were quickly bounced in the wild-card round because of their stagnant offense.

These Cowboys (1-2) don't look anything like a playoff team with this offense. They play Detroit (1-2) on Sunday at home with the Lions coming off a stirring win at home against New England.

"I don't see anybody in that room that will accept that we can't do better offensively no matter what the conditions are — on the road or otherwise," owner and general manager Jerry Jones said. "It's pretty obvious that all day long, we were disjointed and just couldn't make it happen."

Cole Beasley is the only receiver with 100 yards for the season (132). Newcomer Deonte Thompson, supposedly a speed threat on the outside, is averaging 9.2 yards on nine catches.

Tavon Austin, acquired in a trade during the draft, has the only catch of more than 20 yards — a 64-yard touchdown on the third play of Dallas' win over the New York Giants. His other four catches are for 17 yards.

Austin has the only two receiving touchdowns for Dallas. The second was on a 3-yard shovel pass with the Cowboys trailing the Seahawks 24-6 in the fourth quarter.

Geoff Swaim has been solid trying to replace 15-year tight end Jason Witten, who retired to go into broadcasting. He led the Cowboys with five catches for 47 yards against the Seahawks.

With 127 yards, Elliott had his best rushing total since before his six-game suspension over domestic violence allegations last season. But the 2016 All-Pro had two of the biggest mistakes of the game.

First, Elliott stepped out of bounds before making the catch on what would have been a tying 31-yard touchdown in the second quarter. Then he fumbled at the end of a 26-yard run — his longest of the season — to kill a promising drive early in the fourth quarter.

Elliott's mistakes will be magnified until more playmakers, if any, emerge around him. None of the receivers or tight ends appears close to doing that so far.

"People can say whatever, but at the end of the day, but you know, when you've got that ball in your hand, that's the team in your hand," Elliott said. "Me being a leader on the team, I've got to do a better job of taking care of the ball. I mean, that cost us the game."

Elliott still isn't getting much help from the passing game, though.

NOTES: Garrett said LB Sean Lee was sidelined against the Seahawks by tightness to his hamstring that wasn't injured going into the game. He had been limited during the week by a hamstring injury.