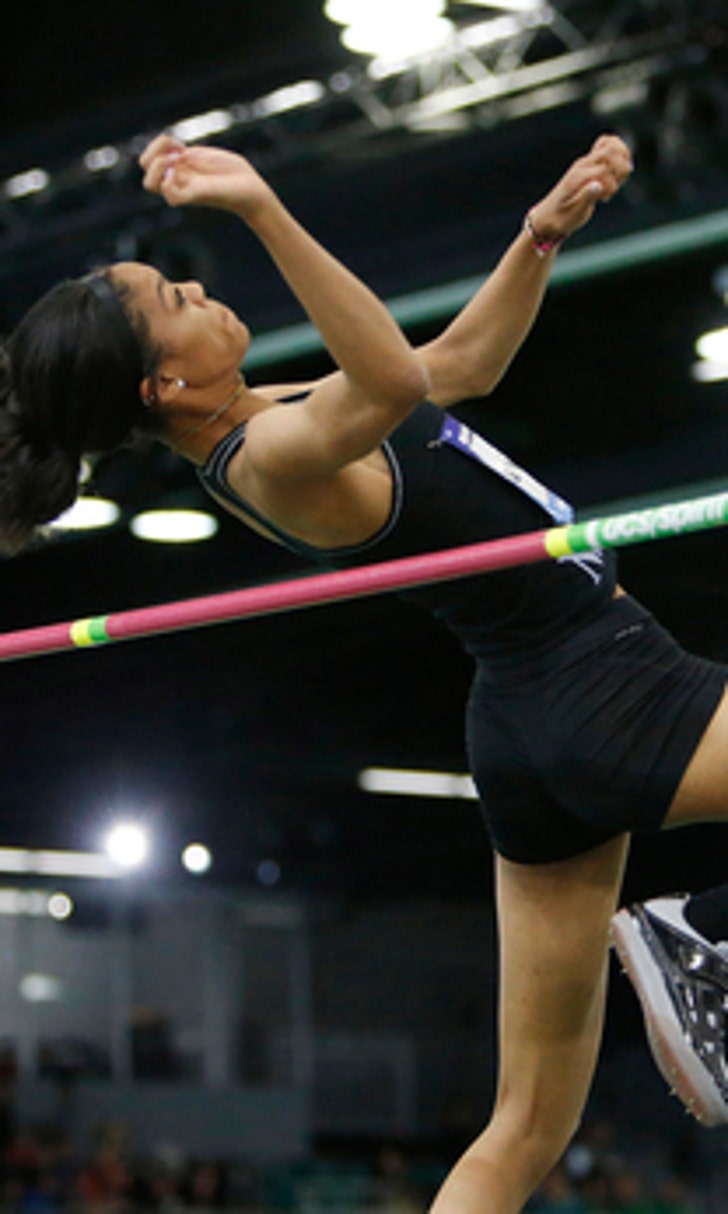 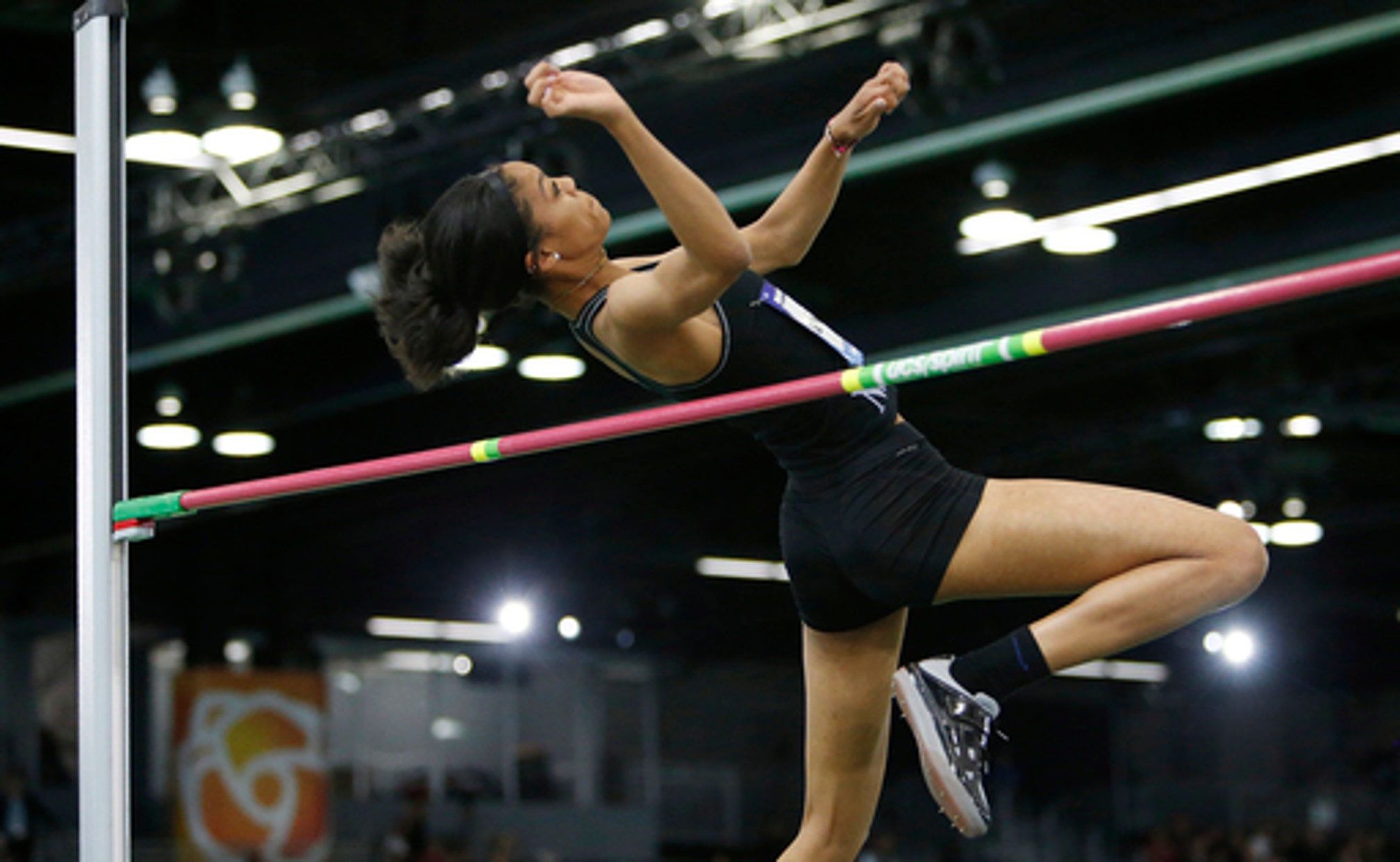 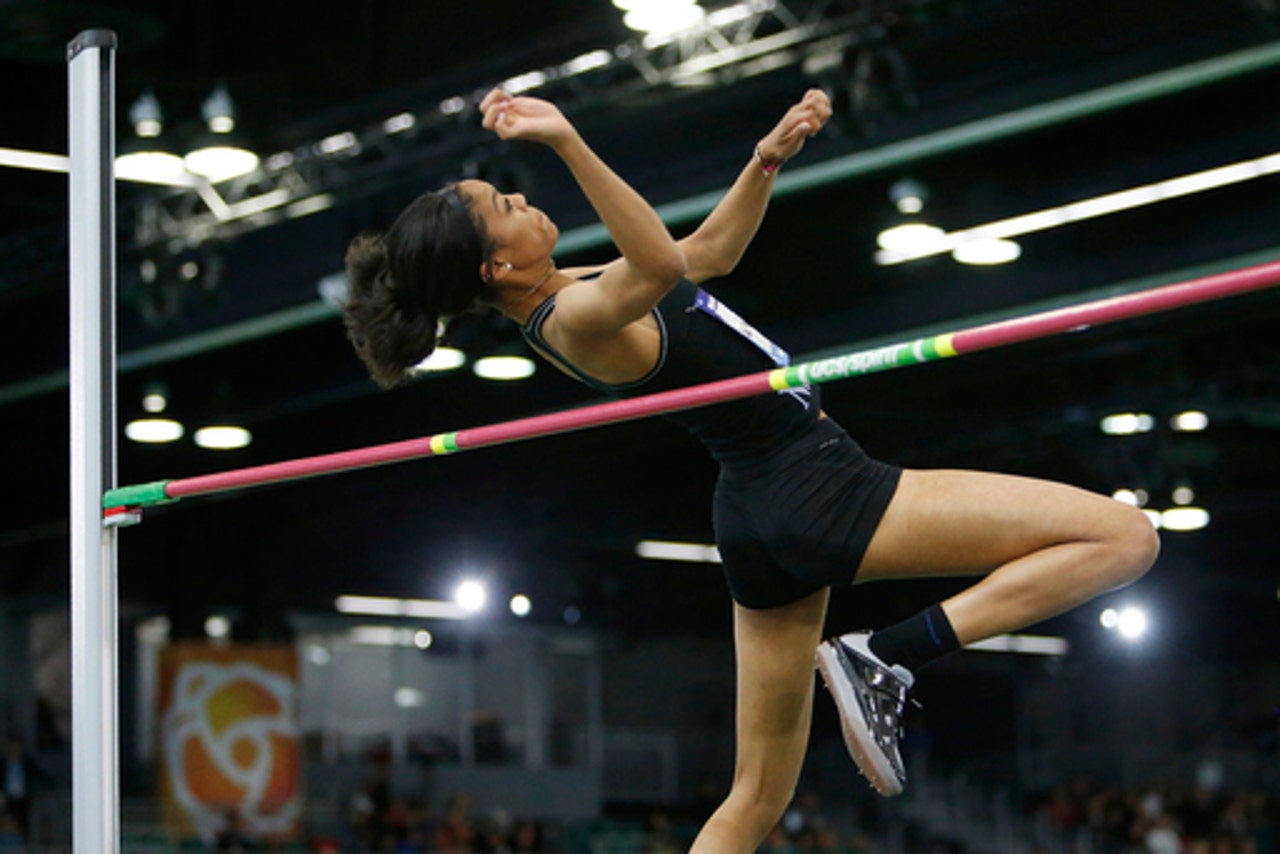 PORTLAND, Ore. (AP) As a 9-year-old, Vashti Cunningham was a star player on her flag football team and once scrambled for four touchdowns.

Of course, dad was mighty impressed with those elusive moves. Her father is longtime NFL quarterback Randall Cunningham, who now doubles as her coach in the high jump.

Randall was a game-changer on the football field with his strong arm and quick feet. Vashti could be a game-changer, too. The 18-year-old has a wealth of potential and is vying for a title at the world indoor track and field championships this weekend.

Later this summer, she will try to earn a spot on the American team for the Rio Olympics. Her brother, Randall Cunningham Jr., is a rising high jumper at Southern California.

And to think, the father - a pretty much self-taught high jumper in high school - used to wonder how he would've fared in that sport had he not chosen football.

''A couple of weeks ago, I had a little flashback and tried to go over 5-foot-4. I looked crazy and they laughed,'' recounted Randall, whose daughter competes in the high jump final Sunday. ''They put it on Twitter. I won't do that anymore. I made up my mind - it's all about her and what she does.''

Although Vashti is still learning the high jump, she feels like she has plenty of experience after listening to football tales from her father, who was once dubbed the ''Ultimate Weapon.'' Randall suited up for four teams over a 16-year career and was inducted into the Philadelphia Eagles Hall of Fame in 2009.

''His experience on his platform has helped me a lot,'' Vashti said. ''He basically shows me the ropes, tells me where he's been, what he's done, what he's done right. I can't go in there and mess up with the knowledge he's transferred to me.''

They've been taking things slow with her high jump development. For instance, she could've competed at the U.S. championships last summer - and attempt to make the world team - but elected to compete in the junior championships. A fruitful choice as she won gold at the Pan-American Junior Games.

''I don't believe you should peak in high school,'' said Randall, who coaches a track team in Las Vegas called the Nevada Gazelles and is in the process of building a $1 million facility. ''We want them to have more room when they go to the next level.''

Speaking of the next level, Vashti has Georgia, Oregon and Southern California on her radar for college.

Then again, there's a strong possibility she may just turn pro. The family is weighing all the options ahead of the Rio Games.

''She's the one that has to make that decision,'' Randall said.

Vashti's biggest concerns at the moment center around prom, an upcoming class trip to Disneyland and finishing up her senior year. She was so concerned about missing too much time at school that after winning at U.S. indoor last weekend in Portland, she went home for two days of school before returning for worlds.

Her favorite subjects? English and math, even though ''I'm not real good at math,'' she exclaimed.

The number her dad wants her to focus on is 6-7 - the height they've set as her goal for the season. She cleared 6-6 1/4 at indoor nationals, which was a new junior indoor world record.

''It's really amazing (her routine),'' Randall said. ''She will look at the bar, ducks down to get a better look at it.

Vashti appreciates all the support from her athletic family - her mom was a ballet dancer - and the encouragement of her dad.

''It's a good relationship, because he knows my limits, as far as being my father and my coach,'' said Vashti, who's also a talented volleyball player. ''He can distinguish between when I'm doing too much and how much I need to sleep. We talk a lot about track and high jump all the time.''

When she's not training, Vashti likes to do all sorts of typical teenager things: Hang out with friends, go to the mall and see the latest movie. She's also a passionate photographer, snapping photos of anything that captures her eye.

''I like photography because it's a different way to look at stuff. You see something and (present) it to other people so they see how you see it,'' Vashti said.

Vashti does have one vice - cheesecake.

''I had one last week,'' she said, before pausing and adding through a smile, ''well, twice.''

One More Matchup For The Ages
Tom Brady and Drew Brees have faced countless big occasions before, yet Sunday’s showdown between the Bucs and Saints feels different.
51 mins ago