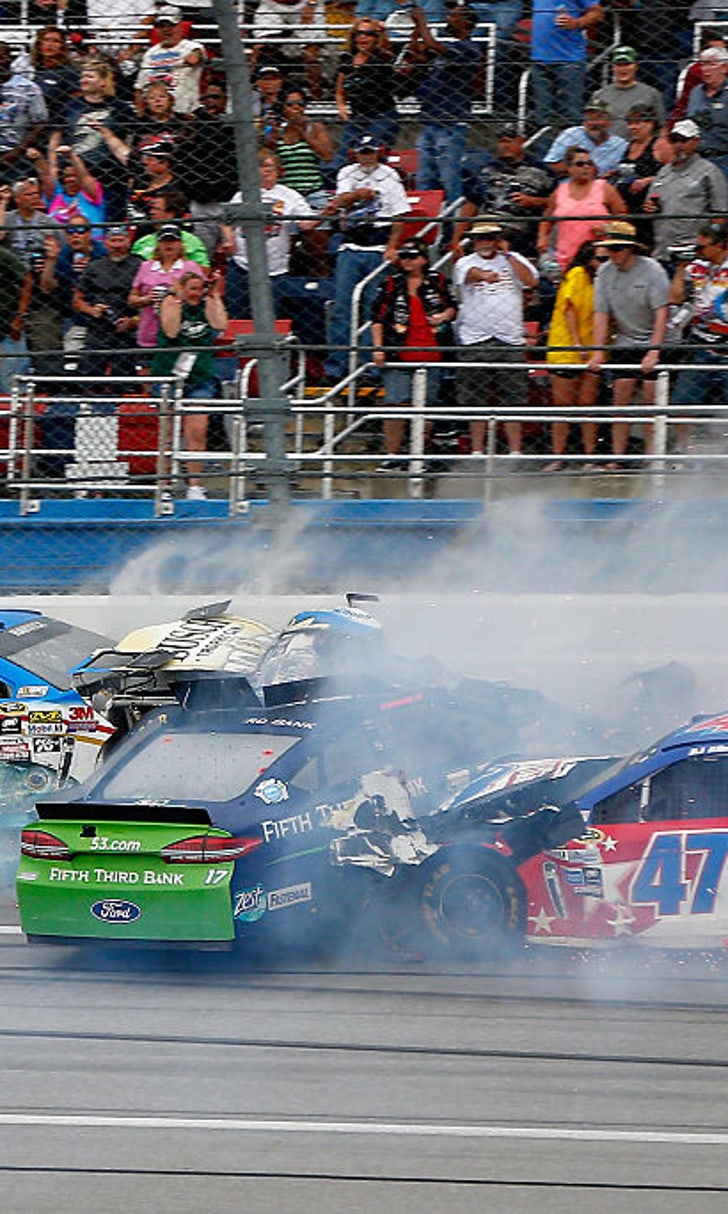 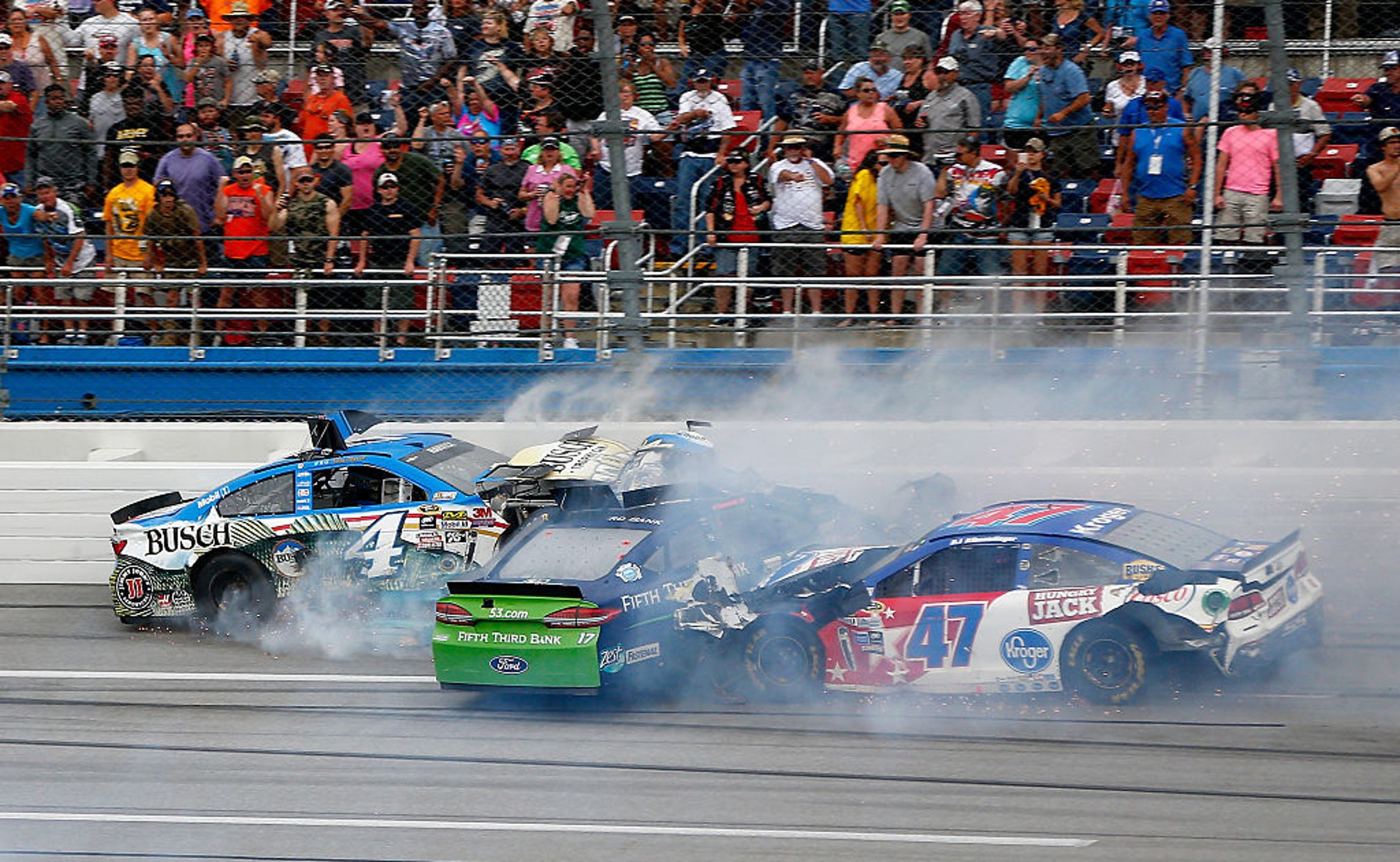 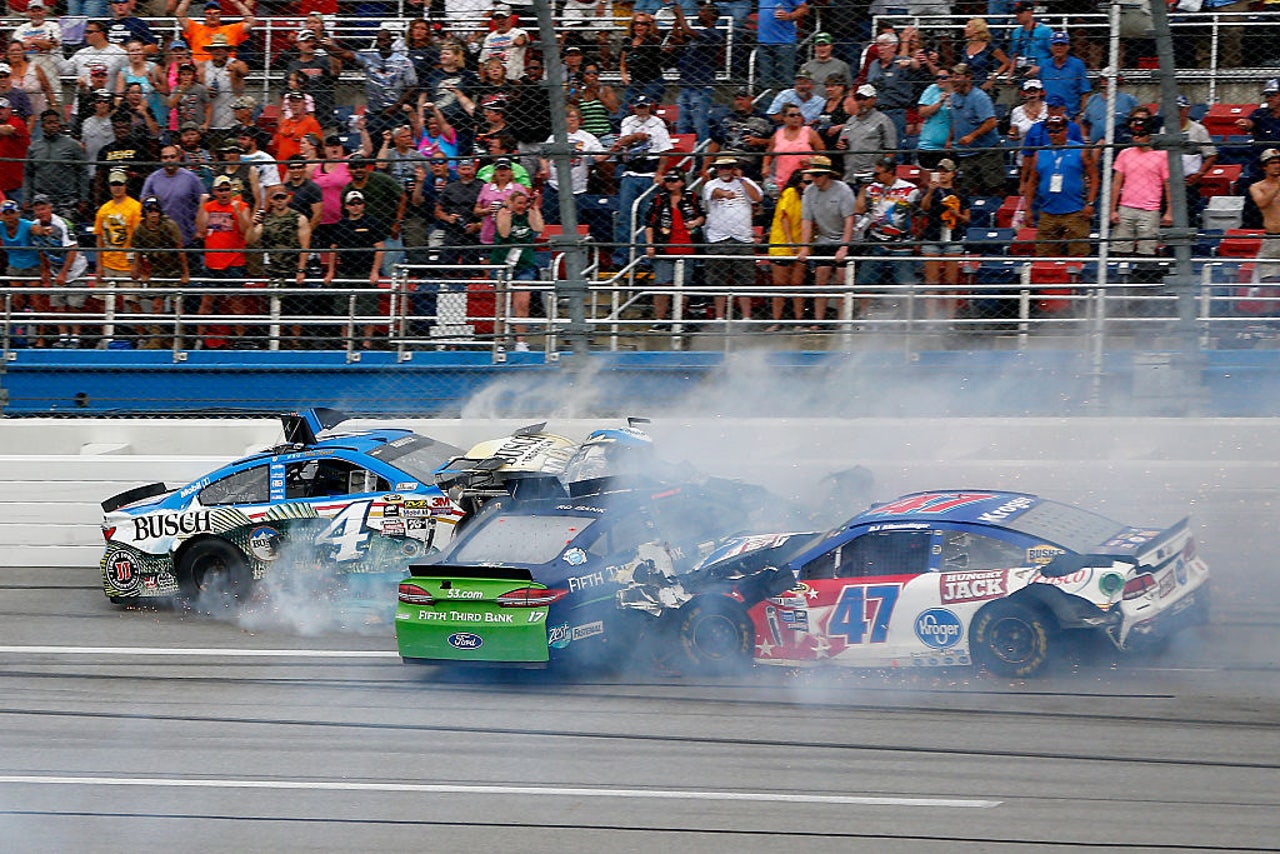 Some years ago, I sat in on an industry meeting about why auto racing wasn’t as hot a sport as it once was.

One of the answers that surfaced in the marketing research that was presented was that modern auto racing was “too safe.”

Subjects who participated in the study didn’t want drivers to get killed or hurt, mind you, but the perceived absence of danger made auto racing less interesting to them. They wanted to be worried — maybe even scared — about safety when watching the race.

Now you try telling a driver that racing is “too safe” and you will get a well-earned earful from him about how you can never make it too safe. In fact, there is no such animal as too safe, especially not when it comes to 3,300-pound cars that travel at speeds in excess of 200 miles per hour.

NASCAR, the OEMs, the tracks and the racers have all done yeoman work since Dale Earnhardt’s death in 2001 to make racing safer. Those efforts are to be applauded and lauded, even if they maybe should have started a little sooner.

But the dirty not-so-little secret is that danger is what makes racing at Talladega so riveting.

For three-and-a-half hours, the cars run in a huge pack, sometimes 25 cars or more, often three-wide, at about 200 mph. The slightest mistake by any one of the 40 drivers on any one of the 188  laps can cause a 25-car pileup.

Doesn’t matter if you’re running up front, out back or in the middle, one mistake by someone else and your day is ruined. It can happen to Jimmie Johnson as easily as it can to Reed Sorenson.

No one is immune, no place is risk-free.

“I’ve been wrecked literally running second going for the lead side-by-side with the leader I’ve been crashed in the tri-oval,” said Martin Truex Jr. “I’ve been crashed riding around in the back trying to stay out of trouble like Kyle had happen to him a few years ago and so I think there just comes a point where you just say, to heck with it and we’re just going to go race and hope for the best.”

No safe haven sucks for the drivers, but it makes for gripping, compelling action for the fans.

And, yes, I know fans who hate restrictor-plate racing.

Many drivers do, too, because they have less control over their fate here than anywhere else.

But for every fan who tells me they don’t like plate racing, I hear from 10 others who are energized, excited and totally engaged when the teams race at Talladega.

Because at Talladega, you just never know.

You don’t know who’s going to cause The Big One.

You don’t know who’s going to make a bold move or get the big push it takes to win.

You don’t know if someone will come out of nowhere to make a heroic charge.

That’s what makes this track so compelling.

It’s not like your typical 1.5-mile track, where you can watch the start and the final 50 laps and not miss a whole lot.

Here, you need to pay attention every single lap, and that makes Talladega a better racing experience.

Normally in this column, I write about what I expect to happen on Sunday.

Not this week, because I have no idea, and neither does anyone else. And anyone who tells you they do is full of it.

And that uncertainty and, yes, the threat of danger, is why this will be the most compelling race of the Chase so far.

Can The Ravens Weather The Steelers?
As November nears, Jason McIntyre explains how real "football weather" will affect Week 8. Plus, why he's taking the Steelers.
5 hours ago

Stuck in Neutral
With Chicago's offense sputtering, is it time for Matt Nagy to return to Mitch Trubisky as his starting quarterback?
7 hours ago

Sizing Up Tua
Days before his first NFL start, everyone wants to know: How will Tua Tagovailoa measure up in Miami?
13 hours ago
those were the latest stories
Want to see more?
View All Stories
Fox Sports™ and © 2020 Fox Media LLC and Fox Sports Interactive Media, LLC. All rights reserved. Use of this website (including any and all parts and components) constitutes your acceptance of these Terms of Use and Updated Privacy Policy. Advertising Choices. Do Not Sell my Personal Info