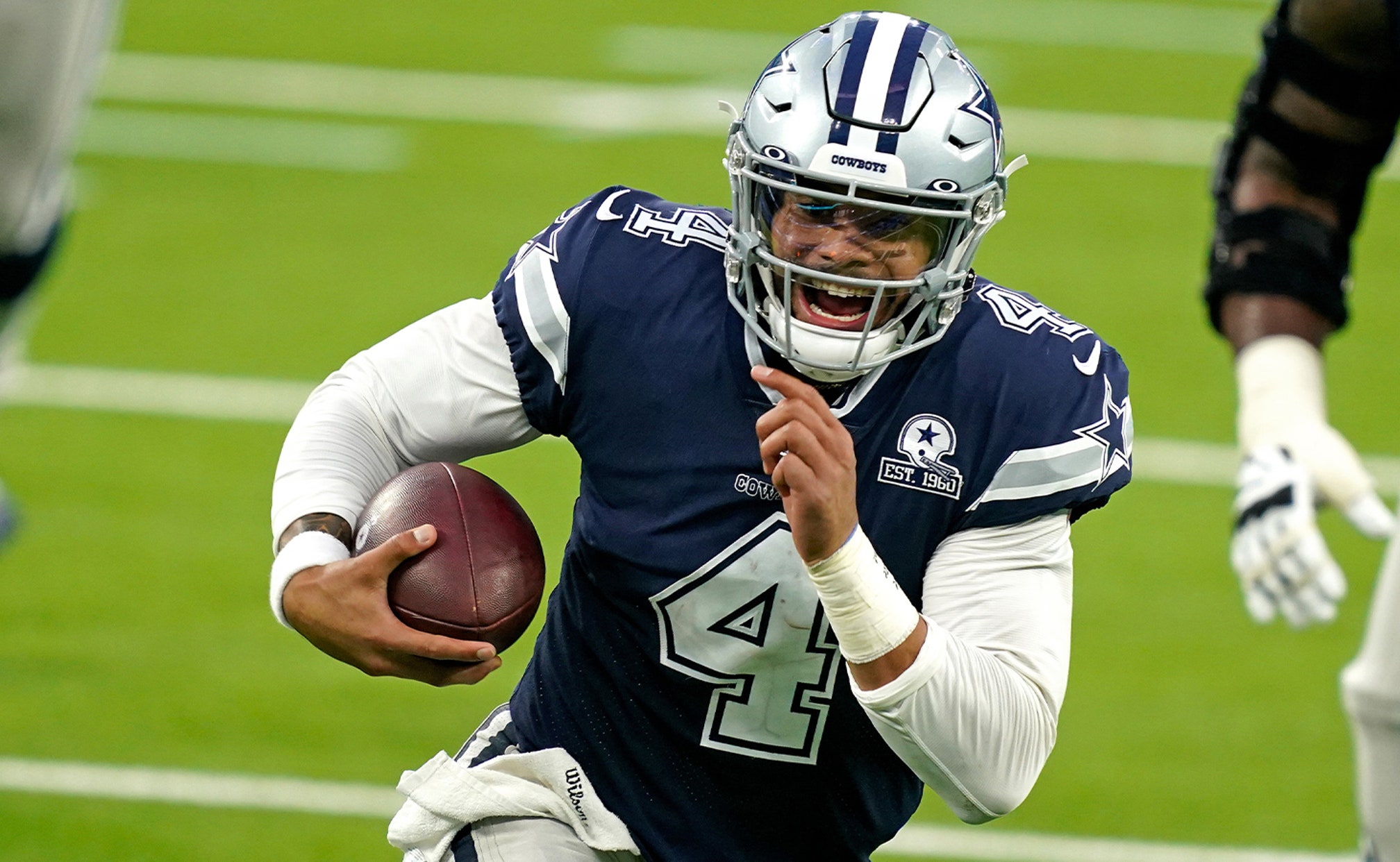 Dallas and Philadelphia – the two teams expected to duke it out for the NFC East crown entering the season – opened up their 2020 campaigns on the wrong side of the win/loss column.

Granted, it's just one week, but both squads started their seasons inauspiciously.

Let's look at Dallas first, which visited the palatial new digs of the Los Angeles Rams and left nursing a 20-17 loss.

A controversial offensive pass interference call proved to be pivotal in the closing minute of that tilt, with Cowboys wideout Michael Gallup flagged for the play against Rams defensive back Jalen Ramsey.

Former longtime NFL coach Rex Ryan gave kudos to Ramsey's acting chops on Get Up, but disagreed with the foul being called.

"... Jalen Ramsey, heck of an actor, too. He's in Hollywood, go ahead and get an acting class, because he ends up standing up his shoulders ... It's just a smart play by Jalen Ramsey, but it's a wrong call."

For Shannon Sharpe, that call came as a bit of karmic justice from the football gods after the referees missed a hit to the helmet on Rams QB Jared Goff on an earlier turnover.

To Sharpe, Dallas' woes on third down factored into the loss more demonstrably.

"Now the greatest indicator – what were you on third down? Your third-down efficiency. ... If the Cowboys are what you say they are, they should not even have been in this position. With all that talent?"

For now, Johnson said, simplicity is key to get Dak and the Cowboys rolling.

It's not all doom and gloom for Dallas, however. Prescott finished the game 25-for-39 for 266 yards and 1 touchdown with zero turnovers.

In addition, the Cowboys can take solace in the fact that their chief rivals, the Eagles, dropped their opener to fellow NFC East foe, the Washington Football Team, 27-17.

For Philly, it was a tale of two halves.

Carson Wentz and the Eagles came out firing to take a 17-7 lead into the break, but they wouldn't sniff the end zone again in the final 30 minutes of the game.

Wentz's Eagles turned the ball over four times (twice on downs, 1 fumble, 1 interception) in the latter half. And over the course of the game, Washington harried Wentz with a whopping 8 sacks.

While some of those glaring numbers can be attributed to an offensive line ravaged by injury, former QB Dan Orlovsky says the blame ultimately falls on Wentz.

"You did not quarterback your team well enough. You let that defensive line get going, and then they got going and going and momentum took over ... I don't want to hear about who wasn't there."

The good news for both teams? They're just one game back of division-leading Washington, and the New York Giants could join them in the NFC East basement pending their outcome against the Pittsburgh Steelers on Monday night.

It's certainly not the start many envisioned the NFC East getting off to, but there's no denying it's spiced up proceedings for the two preseason favorites one week into the season.

Superstar Wars
Bill Belichick has anointed a new star. And there's a chance that his powers have already surpassed those of his predecessor.
1 min ago