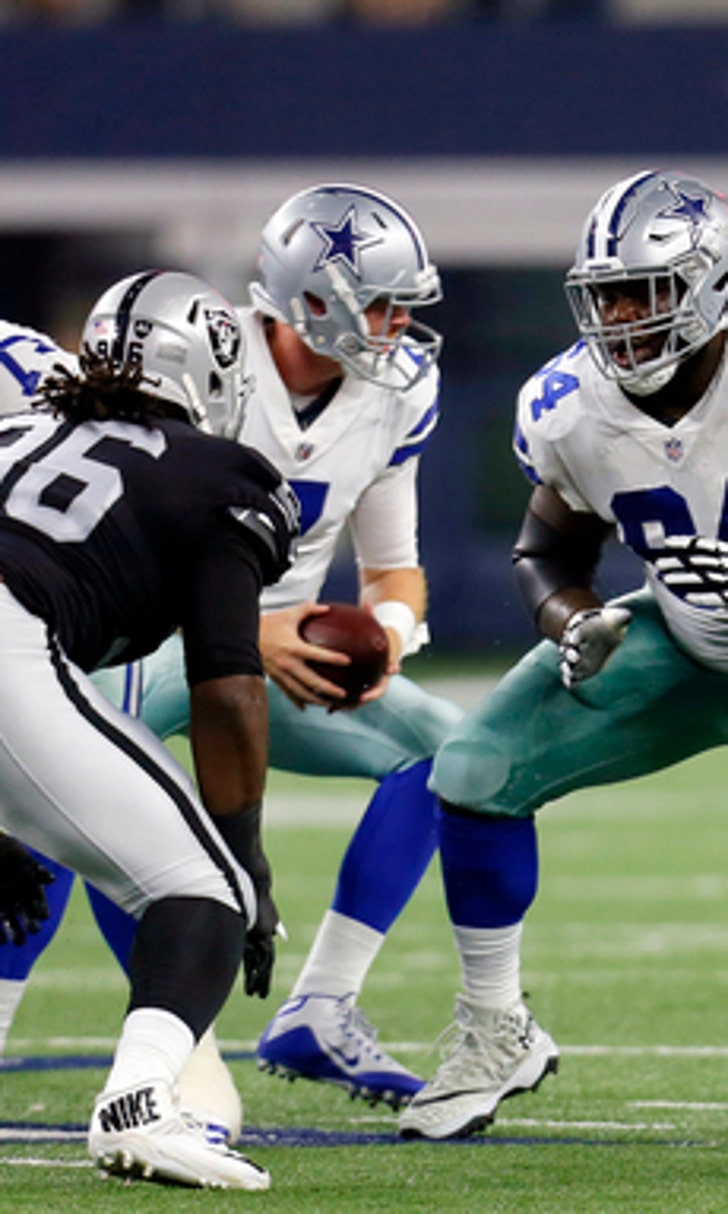 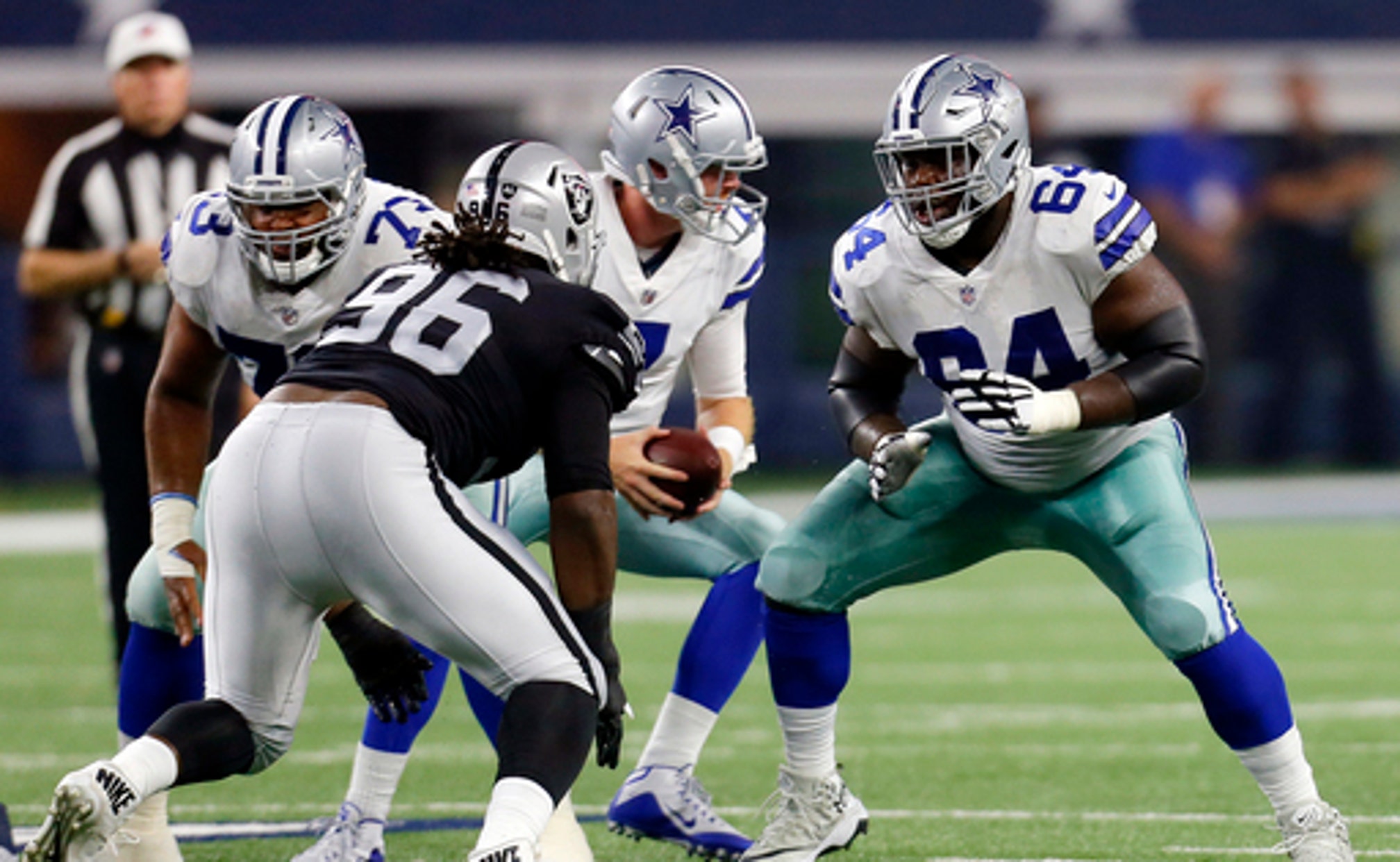 The former top 10 pick by Arizona was borderline ecstatic anyway. He was healthy.

In part because of that, he ended up a starter four games into the season - for a third different team over three seasons since injuries shortened his time with the Cardinals and never gave him a chance to make a difference in New England after a trade.

''That's played a major role in kind of how my career has gone,'' Cooper said of a series of injuries, starting with his rookie year getting wiped out by a broken leg in a preseason game after Arizona drafted the former North Carolina standout seventh overall in 2013.

''To make it through camp, it's like, `Well, you aren't the starter.' I thank God I'm healthy. Guys getting banged up. And I made it out completely healthy. To me, that was a great step in the right direction for this season.''

Chaz Green was the left guard for the Cowboys the first three games, while Cooper was inactive. Twice in those three games, the NFL's No. 2 rushing offense from last season was held under 100 yards. In the three games since, Dallas hasn't had fewer than 163 yards rushing.

There was some shuffling outside that core in the offseason with right tackle Doug Free's retirement and the free agency departure of left guard Ronald Leary. La'el Collins, who took Leary's job in 2015 before getting hurt last season, moved into Free's spot.

Green had mostly been a tackle since the Cowboys drafted him in the third round two years ago, but they gave him a shot at left guard.

Cooper's resurgence pushed Green back into the swing tackle spot. Green subbed for Smith late in a 40-10 win over San Francisco last week, with Smith battling back and hip issues.

''He's certainly got the skill to play the position,'' offensive coordinator Scott Linehan said of Cooper. ''He's been on a few teams and he's used that to his advantage to have an edge up so to speak.''

Cooper played 24 games with 11 starts over two seasons before the Cardinals traded him to the Patriots in the offseason last year. A foot injury led to his release a month into the 2016 season.

After three starts in five appearances with Cleveland, Cooper was released by the Browns. He signed with the Cowboys a week later at a strange time - after the regular season, with the NFC's top seed waiting to find out who its first playoff opponent would be.

Cooper didn't know what it might mean for 2017, and ended up signing a one-year contract in March.

''I wasn't certain of anything to be honest,'' he said.

That mentality really hasn't changed now that he's starting again, nor does he spend much time thinking about whether he's still trying to prove himself four years after the Cardinals made him the fourth offensive lineman among the first seven picks.

''It's been one of those things where I've honestly had to forget it because people are constantly trying to remind you, but not in a positive fashion,'' Cooper said. ''It's, `Well, you were top 10 and you haven't done this, you haven't done that.'

''It kind of was a springboard into my career, battling back from adversity.''

NOTES: QB Kellen Moore was released and is likely headed to the practice squad if he clears waivers. ... TE Blake Jarwin was signed off the practice squad. ... When Dallas added K Mike Nugent, who will fill in while Dan Bailey recovers from a groin injury, DE Damontre Moore was released. The Cowboys kept Moore through the summer despite a two-game suspension to start the season because of a substance-abuse violation.