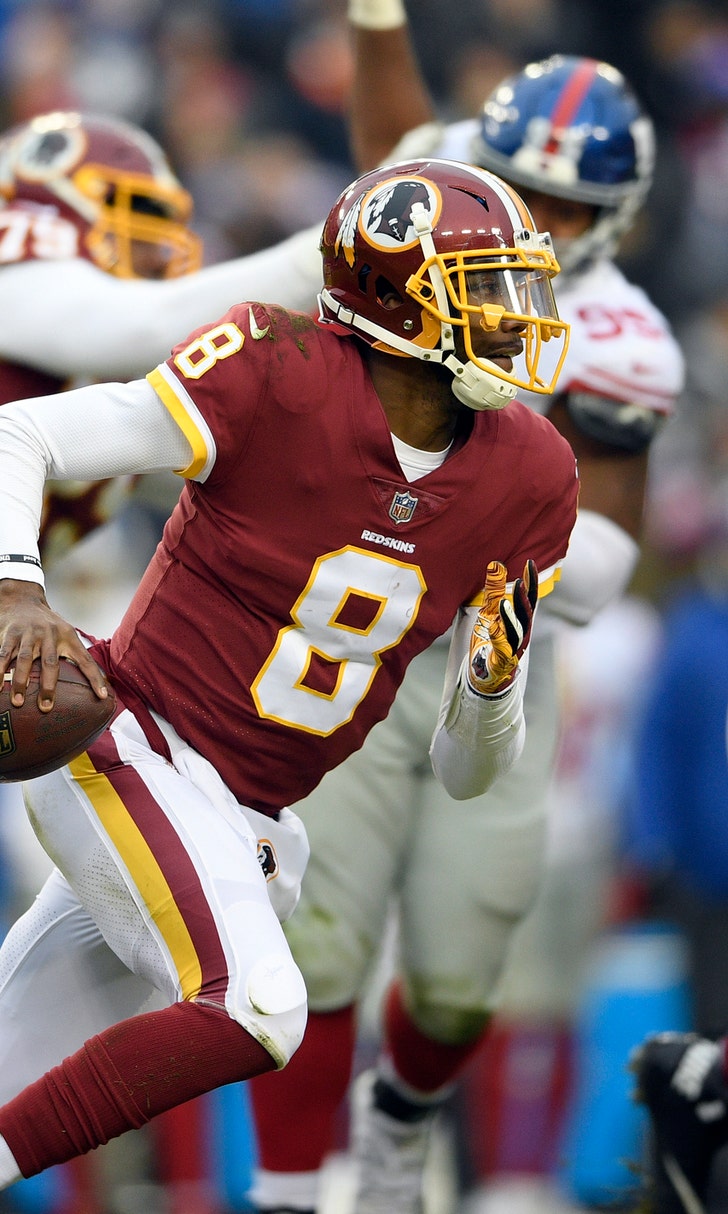 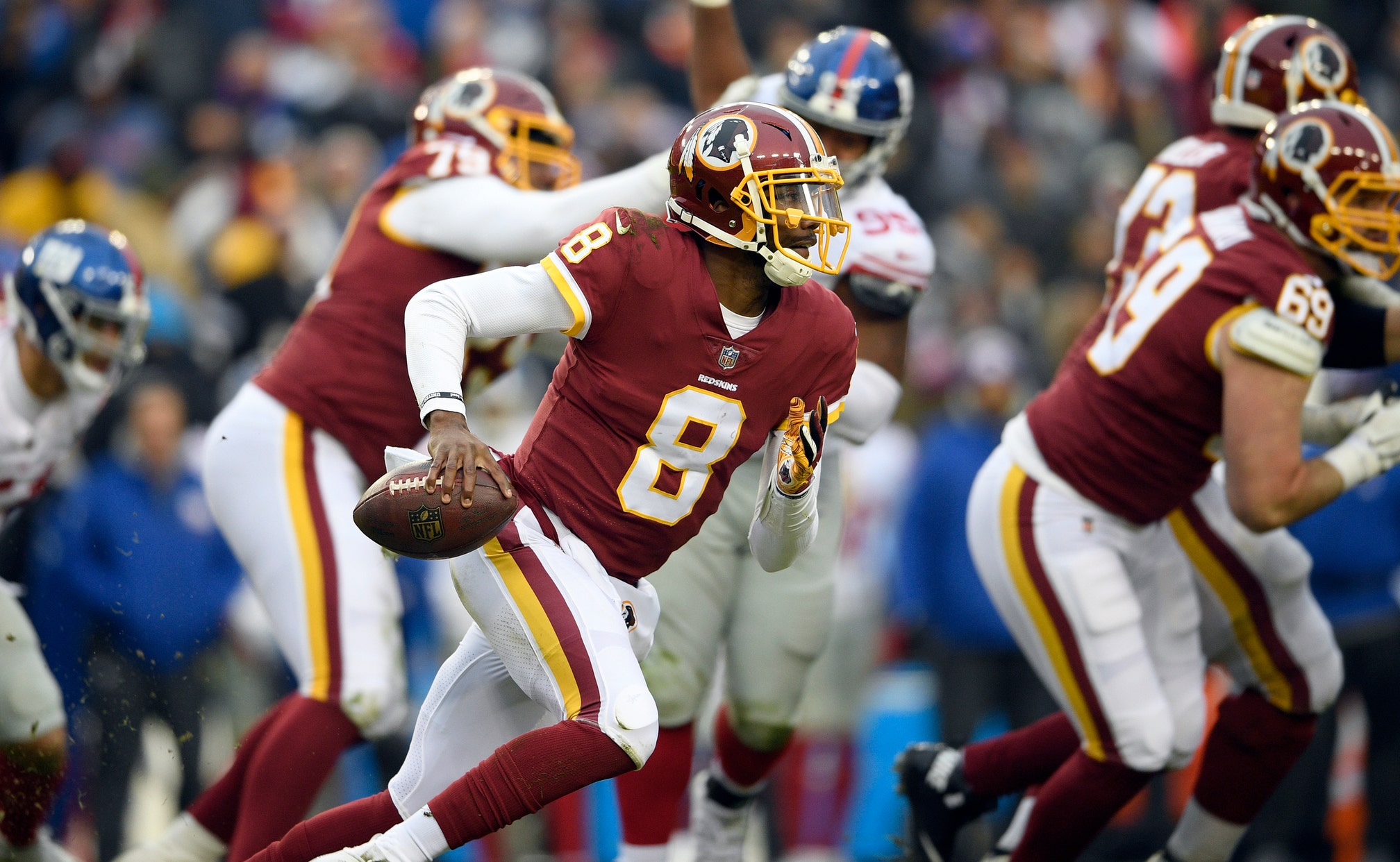 Column: Washington’s NFL team does its best to Be Worst

There's the offensive nickname. Not to mention claiming a player off waivers not long after he allegedly beat up a woman — again. And let's not forget the organization's unwillingness to pursue a legitimate quarterback — yes, there's at least one out there — with the playoffs on the line. Oh, and while we're at it, quietly trying to push through a plan for a new stadium that would undoubtedly serve as another raid on the public coffers.

Let's go ahead and give this bunch a new moniker: the worst franchise in sports.

Washington's NFL team has some stiff competition, of course. There are horribly run franchises all over the sporting landscape.

Even within its own league, it's hard to dismiss the not-long-for-Oakland Raiders, who had the gall to announce they were bolting for a financial windfall in Las Vegas a full three seasons before they actually planned to skip town, smugly counting on the good people of Oaktown being nothing more than silver-and-black-clad suckers willing to support a lame-duck franchise. Now, it looks like the team might be homeless in 2019 after Oakland officials filed a lawsuit to recover some of the tens of millions of dollars they've invested in the team and its current stadium.

The Raiders deserve to be banished to a season of aimless wandering after turning their backs on Oakland for the second time, trading away two of their best players, and handing the keys to the franchise to broadcaster-masquerading-as-coach Jon Gruden, who has guided them to three wins in his first 13 games.

But we'll still go with the Washingtonians as the ones most faithfully following the path of Be Worst.

— Reuben Foster, a troubled young man arrested not once but twice this year on suspicion of domestic violence, was claimed off waivers by Washington shortly after being released by the San Francisco 49ers. While we have little faith that any NFL team really cares all that much about dealing with this scourge on society — see: Kareem Hunt and countless others who've had similar brushes with the law — Washington turned the cynicism meter up to full blast before ripping off the knob.

— While giving Foster what amounts to a fourth chance (he's also got a marijuana arrest on his rap sheet), Washington wouldn't dare consider giving even a second look to a quarterback who had the gall to kneel during the national anthem as a protest against racial injustice. Again, Dan Snyder & Co. are hardly alone in the two-years long blackballing of Colin Kaepernick — see: 31 other NFL teams — but the hypocrisy really stands out in the nation's capital.

After all, this team was in the hunt for the playoffs when it lost starting QB Alex Smith to a gruesome leg injury and backup Colt McCoy to a broken fibula. Last week, Washington trotted out the carcass of Mark Sanchez, whose last glimmer of relevance came toward the end of Barack Obama's first term. A 46-10 loss to the woeful New York Giants (who could've seen that coming, except everyone?) led Washington to make another change for what could be their last shot at making the postseason.

Exit Sanchez, enter Josh Johnson, who has twice as many NFL employers (this is his 12th team) as career starts (Sunday's game at lowly Jacksonville will be his sixth, and first since 2011). Johnson gave Washington fans plenty of reason for hope when he declared "just a week ago, I was at home in the hood, chillin' with the kids, chillin' with my family and thinking on the couch that I might never play in the NFL again." Also, he prepped for his new gig by playing the "Madden" video game . Washington would probably be better off just playing the game's namesake, 82-year-old John Madden, at QB.

— While Snyder's horrific reign as owner — see: only five playoff appearances since buying the storied franchise in 1999, dwindling attendance at the FedEx Mausoleum, the RG3 fiasco, the embarrassing reign of coach Mike Shanahan, and so many other missteps that a full documenting would require transforming this column into book-form — he's keeping up the push for a new stadium that, like so many others landed by his socialist-loving brethren, would surely require the taxpayers to turn over a hefty chunk of what occupies their wallets.

The Washington Post reported last week that Snyder is working with the outgoing Congress and the Trump administration to pull off an underhanded maneuver: getting a provision in a new spending bill that would allow him to build on the site of team's former District home, RFK Stadium. A very Snyder-like move, indeed.

— Finally, let's never forget that awful nickname, the one that Snyder steadfastly refuses to walk away from and won't be typed out on this keyboard. I checked again with Merriam Webster. Yep, that word is still "very offensive and should be avoided."

The worst franchise in sports.

Paul Newberry is a sports columnist for The Associated Press. Write to him at pnewberry@ap.org or at www.twitter.com/pnewberry1963 . His work can be found at https://apnews.com/search/paul newberry