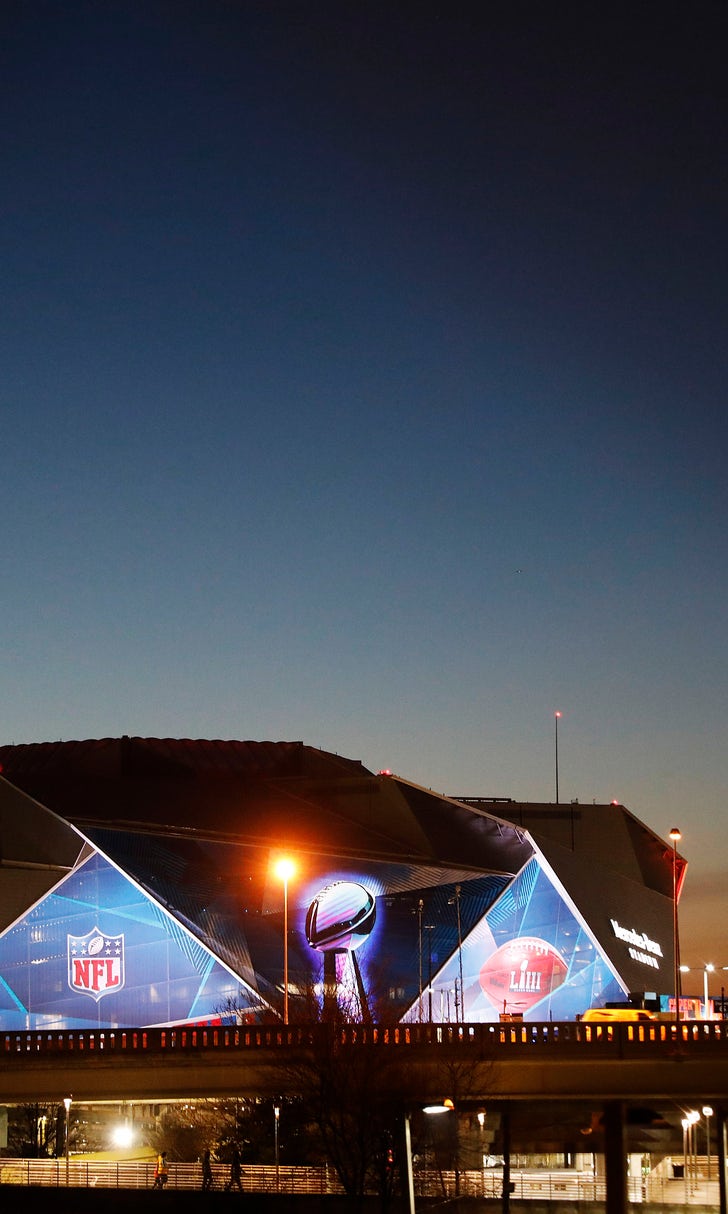 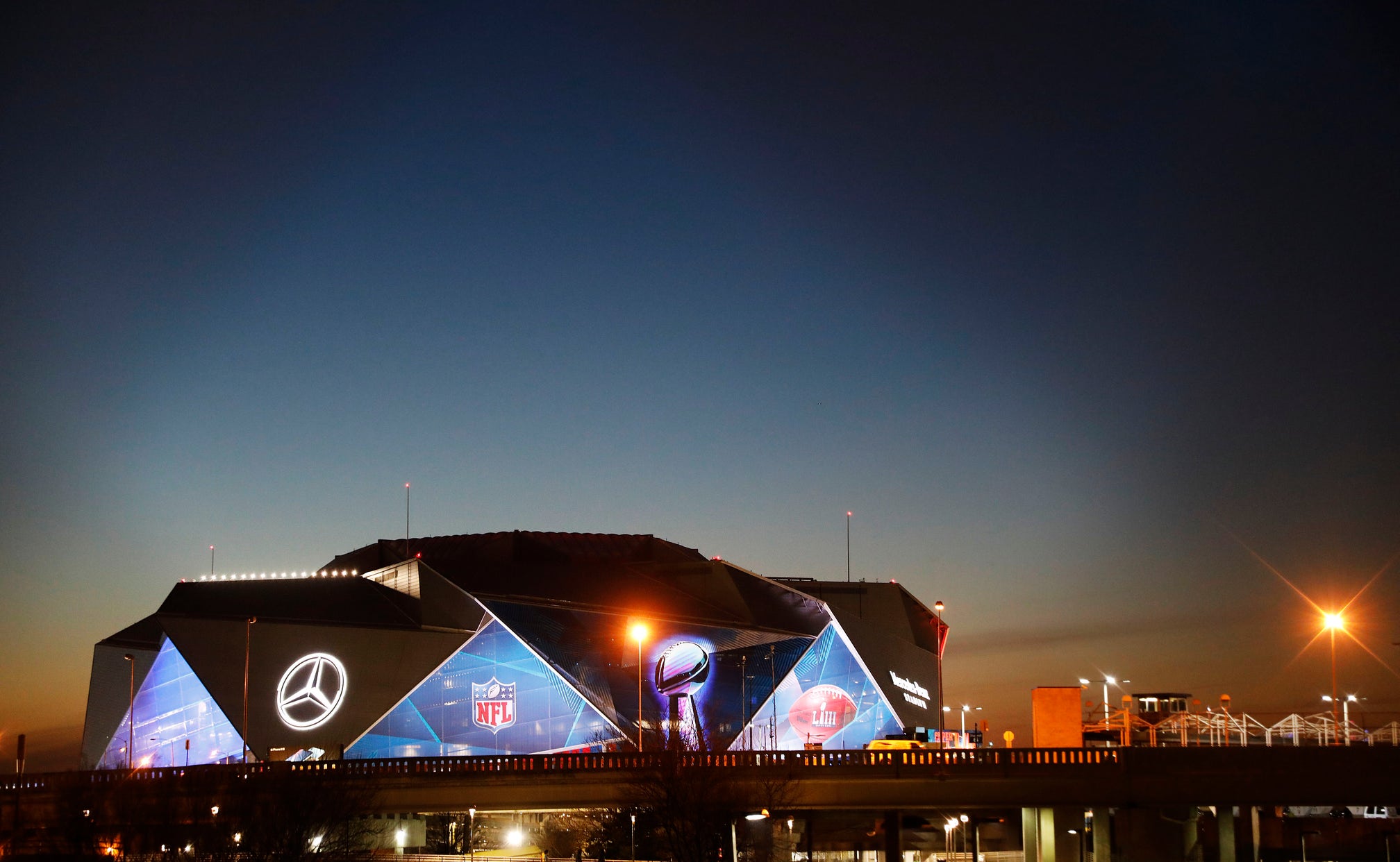 The NFL is a master when it comes to separating people from their money, but clearly its most effective technique is dangling the prospect of hosting its grandest event in front of any city that's willing to fork over a billion dollars for a new stadium.

Mercedes-Benz Stadium is the 10th venue in the last two decades to host a Super Bowl within a few seasons of its opening — most of them constructed with significant public funding.

In almost every case, the NFL worked the same con game to push along plans for a new stadium: a not-so-subtle hint that there was a Super Bowl in the offing and perhaps a personal visit from Commissioner Roger Goodell to make the hard sell. Sometimes the Super Bowl was the carrot and the stick was the possibility that the city's franchise could move to a more generous city.

"They're dealing with the NFL, which has a long history of pitting city against city," said Richard Sheehan, a professor of finance at Notre Dame and author of "Keeping Score: The Economics of Big-Time Sports."

"You've got pros on one side, and then you've got — well, I don't want to call them amateurs, but in this process they are amateurs. You've got Goodell going up against the local talent in Minneapolis or Atlanta of whatever city you're talking about. At that level, it's not a fair game."

The NFL's push for new stadiums has been relentless. When venues in Los Angeles and Las Vegas open in 2020, all but six of 32 teams will have homes that have only been around since the mid-1990s.

The owners know that a new stadium is really good for business. It jacks up the value of the franchise and has a ripple effect throughout the league. A new stadium in one place is a convenient bargaining chip to push for improved venues in other NFL cities.

The Super Bowl is a valuable part of this process, bobbing in front of a city like the worm on the end of a hook. Before you know it, the NFL is reeling that city in — and taxpayers are left to dole out far more money they even knew they had, funds that surely could have been used for less-glamorous projects with benefits to residents who don't own NFL teams.

"No analysis from a dispassionate third party that has ever concluded that the predicted economic benefits of a new stadium are realized," said Benjamin Flowers, a professor of architecture at Georgia Tech who has studied Mercedes-Benz Stadium and the Atlanta Braves' new park. "If you spent $600 million on infrastructure improvements or education or simply fixing potholes, would it have a greater impact? Most economists agree those things do. The bang for the buck on a stadium built with public dollars is relatively modest."

Despite all evidence that a new stadium never provides any sort of true economic boon to the masses, the NFL and other sports leagues keep finding a way to persuade cities that it's good deal.

Metro Atlanta has become the poster child for this phenomenon, opening two new stadiums in the same year at a total cost of more $2 billion — both of which succeeded venues far short of their useful lifetimes.

Mercedes-Benz Stadium replaced the 25-year-old Georgia Dome as the home of the NFL Falcons (and also took in a new Major League Soccer expansion franchise, Atlanta United). The Braves, meanwhile, moved from 20-year-old Turner Field near downtown Atlanta to SunTrust Park in suburban Cobb County, which worked out an under-the-table deal to give the Major League team some $400 million in taxpayer money.

While Falcons and United owner Arthur Blank boasted of fronting most of the up-front costs, the city agreed to chip in $200 million. And, as it turned out, that figure was merely a ruse, since the actual public cost to own, finance and maintain the facility over 30 years will likely be closer to $700 million.

Rich McKay, president and CEO of the Falcons, argues that Mercedes-Benz Stadium has been worth the cost because it's already hosted college football's national championship game , will be the site of the college basketball Final Four in 2020 and helped the city land an MLS team , which has set numerous attendance records. And Atlanta seems likely to be one of the prime venues for the 2026 World Cup.

A retractable roof allows the stadium to host events far beyond football.

"When you have venues that are as expensive as they are today ... they need to be used," McKay said. "... They need to be more purposeful than just 10 games."

Mercedes-Benz Stadium has followed in the footsteps of Detroit's Ford Field; State Farm Stadium near Phoenix; NRG Stadium in Houston; Tampa's Raymond James Stadium; AT&T Stadium in Arlington, Texas; Lucas Oil Stadium in Indianapolis; MetLife Stadium outside New York; Levi's Stadium in the Bay Area; and U.S. Bank Stadium in Minneapolis. All were awarded a Super Bowl within four years of opening (and several have landed multiple title games). Still to come, the new Los Angeles Stadium at Hollywood Park that will open in 2020 for the Rams and Chargers; it gets the 2022 Super Bowl. And it's almost a sure bet that a $1.8 billion stadium Las Vegas, being built for the Raiders, will host a Super Bowl sometime in the next decade.

Supporters of these deals will point to the massive economic impact that a Super Bowl supposedly brings in.

Many economists and politicians disagree.

The NFL essentially passes along all costs for security and organization to the host city and its partners, a burden forecast to approach $50 million in Atlanta. Also take into account all the business a city loses because conventions and other events are shut out during the weeks leading up to a Super Bowl.

So watch your wallets, Charlotte and Washington. Owners in those NFL cities have floated the idea of new stadiums, and it's almost guaranteed that the NFL will enter the mix at some point in the negotiations to offer up a future Super Bowl as an enticement.

Bills Pick Off Ravens To Advance
A low-scoring first half gave way to one explosive, game-changing play. Here's how Buffalo knocked off Lamar Jackson & Co.
5 hours ago