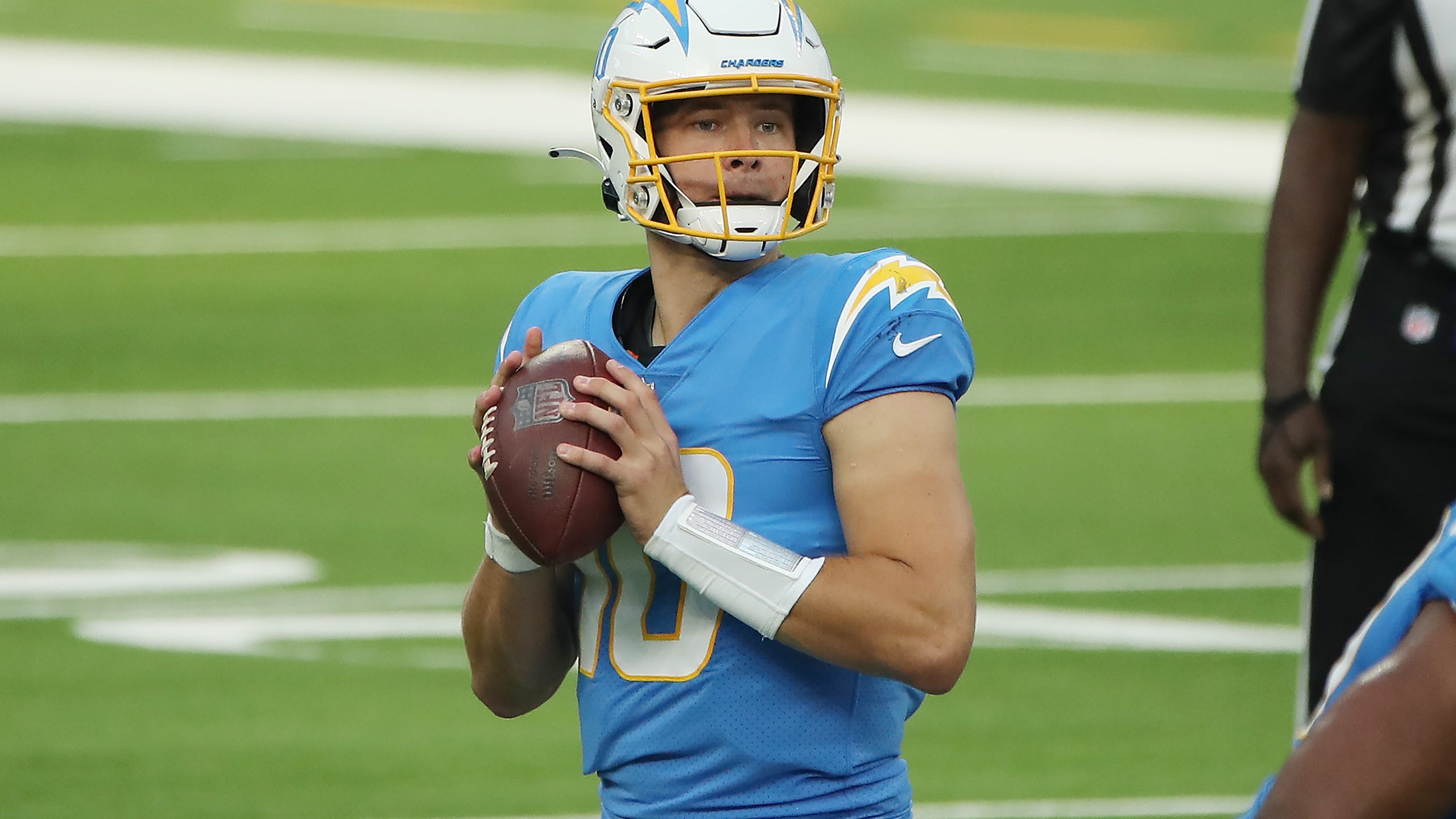 Don't look now, but the Dallas Cowboys are still in playoff contention.

While the Cowboys got a much-needed win, Los Angeles Chargers fans also saw Justin Herbert continue to light it up during his rookie season, while the Miami Dolphins suffered their first loss with Tua Tagovailoa as their starter.

Here are the takeaways from the Sunday afternoon slate of games.

The Los Angeles Chargers' season has been anything but easy, with each of their seven losses coming by one possession.

However, against the New York Jets on Sunday, LA finally held on and emerged with a 34-28 win.

While the 2020 season has been challenging for the Chargers as a team, one bright spot has been the play of rookie quarterback Justin Herbert.

He continued his dazzling play on Sunday, completing 37 of 49 passes for 366 yards and three touchdowns.

The Chargers entered their matchup with the Jets having lost three in a row and seven of their last eight games.

The Miami Dolphins have been one of the suprise teams in the NFL so far this season.

After finishing 5-11 in 2019, they have already surpassed their win total through nine games this season, sitting at 6-3 coming into their game against the Denver Broncos, while also riding a five-game win streak.

However, that streak came to somewhat of a surprising end in a loss to the Broncos.

Rookie quarterback Tua Tagovailoa was benched in favor of veteran quarterback Ryan Fitzpatrick in the fourth quarter due to his shaky performance through three quarters.

Tagovailoa completed 11-of-20 passes for 83 yards and one touchdown during his time in the game.

For the Broncos, quarterback Drew Lock passed for 270 yards, but the star of the game was running back Melvin Gordon III.

Gordon III rushed for 86 yards and two touchdowns, accounting for both touchdowns for the Broncos.

Losers of their last four games, the Dallas Cowboys were in desparate need of a win.

And they got it against one of the hottest teams in the NFL, the Minnesota Vikings.

Behind the return of Andy Dalton, who had missed the last two games, the Cowboys offense clicked on all cylinders to produce 31 points, which was the total amount of points the team had scored in its last three games combined.

In addition, running back Ezekiel Elliott posted his first 100-yard game of the season.

On the other side of the ball, the Vikings offense did enough to win, with Kirk Cousins passing for 314 yards and three touchdowns and Dalvin Cook rushing for 115 yards and a touchdown.

But they couldn't get the stops needed to secure a victory.

At 3-7, the Cowboys are only a half game behind the Philadelphia Eagles for first place in the NFC East.

There was a battle between two future Hall of Fame quarterbacks in Indianapolis on Sunday, and it lived up to the hype.

Philip Rivers and the Colts came out on top against Aaron Rodgers and the Packers, with Rivers turning back the clock in the 34-31 win.

Rivers completed 24 of 36 passes for 288 yards and three touchdowns to help guide the Colts to 7-3 on the season, matching their 2019 win total through 10 ganes.

And for the second straight game, the Colts dominated the second half.

For Green Bay, Sunday continued a trend of its defense being vulnerable.