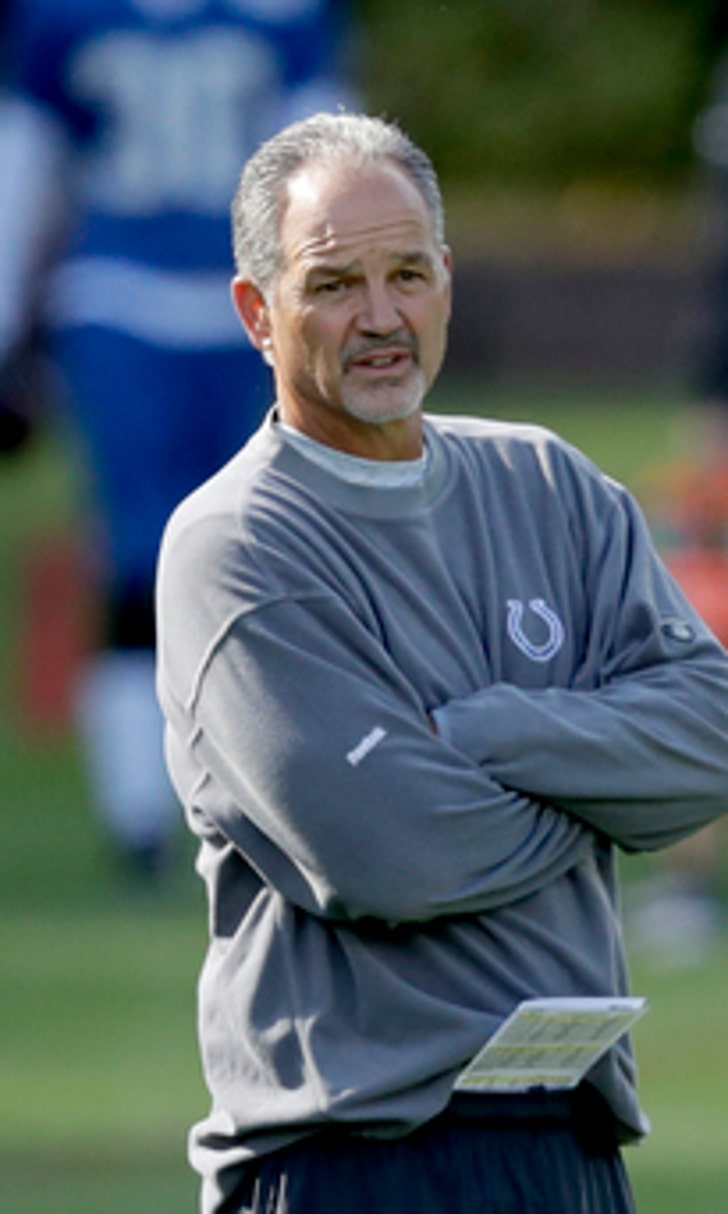 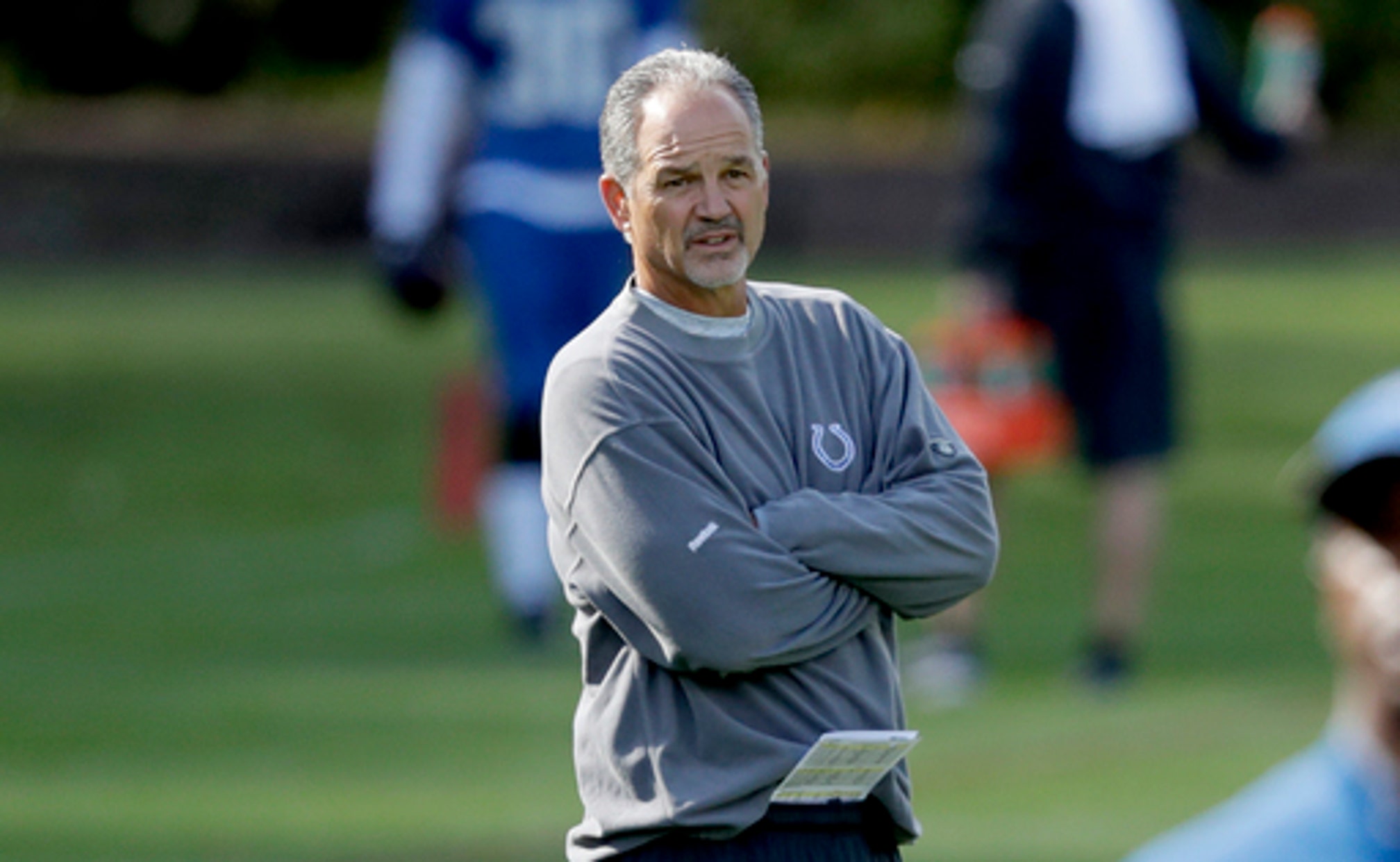 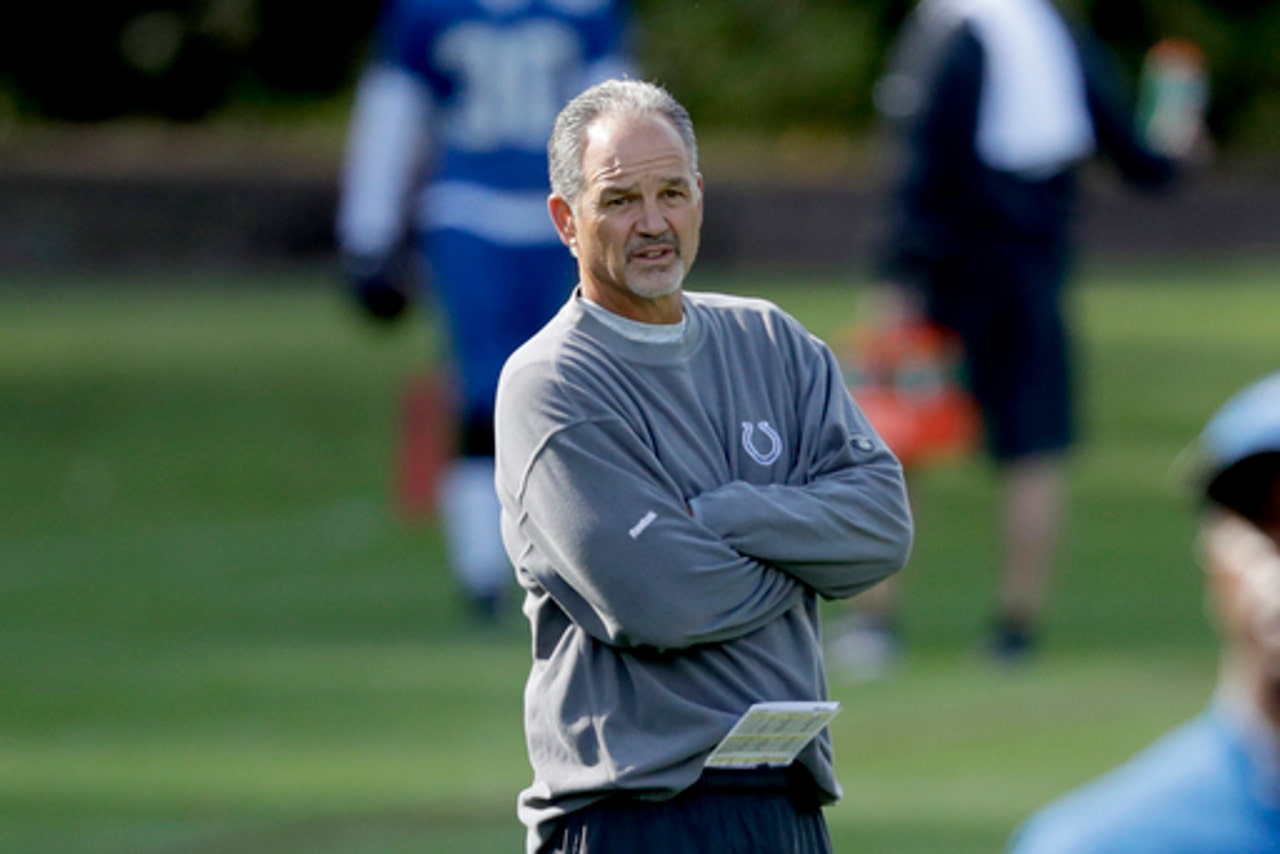 ''They beat our butts good, they embarrassed us, so I'm sure they're confident,'' coach Chuck Pagano told reporters Friday hours after the Colts' first training session on British soil ahead of Sunday's matchup at Wembley Stadium.

While the Jaguars are veterans of the trans-Atlantic trip, having played in Wembley for the past three years, this will be Indianapolis' first regular season game overseas. On their charter flight across the pond, veterans and other key players got the comforts of first class, many others the relative discomfort of sleeping on three economy-class cushions.

All said, they were feeling the challenge of the five-hour switch following a training session played at 8 a.m. Indianapolis time. All were told to sleep on the plane and stay awake in London all day, no matter what their hearts and heads might tell them.

''Right now I feel like taking a nap, but I know that's not the smartest thing to do,'' said defensive end Kendall Langford, who has played in London before during his time with the then-St. Louis Rams.

''If you talked to me about three hours ago I'd have said I felt like death ... but I'm acclimating,'' said left tackle Anthony Castonzo.

While he didn't play in the Dec. 13, 2015, defeat to the Jaguars, Castonzo said the entire team remembers the embarrassment of letting the Jaguars score a touchdown on every single second-half possession.

''Anytime a team beats you like that you've got a sour taste in your mouth. You always want to come out and redeem yourself,'' he said.

O-LINE WOES: The left side of the Colts' offensive line looks impressive with two first-rounders in Castonzo and rookie center Ryan Kelly and second-rounder Jack Mewhort.

But the right side remains a patchwork mystery with both would-be starters, guard Denzelle Good and tackle Joe Reitz, both limited by lingering injuries. Pagano said Friday it could be a game-time decision whether Good or Reitz play.

While rookie swingman Joe Haeg performed ably in his first start last week at both right guard and right tackle, another potential substitute Jon Harrison was ruled out Wednesday after undergoing an emergency appendectomy in Indianapolis. Pagano confirmed that the Colts might need to dip into their practice squad for line depth Sunday.

HEALTHIER ON D: The Colts' defense has surrendered 95 points through three games, third worst in the NFL, chiefly because of an injury-riddled secondary. That picture got only worse at the start of the week with outside linebacker Trent Cole's surprise placement on injured reserve, depleting the Colts' already thin pass-rush options.

But the two starting cornerbacks should finally be on the field together Sunday for the first time this season. Vontae Davis returned from a monthlong ankle injury in last week's 26-22 win over the San Diego Chargers. Patrick Robinson, who suffered a concussion in the Colts' week 2 loss to the Denver Broncos, returned to full practice Wednesday and is expected to start opposite Davis.

Primary slot cornerback Darius Butler is still nursing a hamstring injury picked up in the opening day defeat to the Detroit Lions, and Pagano ruled him out of action for Wembley. Principally filling his place is free agent signing Antonio Cromartie.

WHO'S THE HOME TEAM? The Jaguars are officially the home team in London - even though they had to travel 259 miles (417 kilometers) farther to reach their ''home'' than the visiting Colts.

GUT APPETIT! Andrew Luck spent much of his childhood in London and Frankfurt, Germany, where his father Oliver worked as president of the defunct NFL Europe.

While the focus Friday was on Luck's London roots, a German broadcaster couldn't resist offering him some Frankfurt hospitality - with a surprise presentation of a plate of schnitzel.

A somewhat startled Luck, still sweaty from practice, took the plate and offered an English ''thanks,'' not a German ''danke.''

Russ Cooks the Cowboys
Meanwhile, Tom Brady is hitting his stride in Tampa Bay, and Sam Darnold and the Jets hit rock bottom.
7 hours ago

Bills Hold off Rams' Charge
Per usual, the early window of NFL Sunday was a wild one. Check out the major takeaways from the first half of the day.
9 hours ago

NFL's Top Plays of Week 3
The early window of Week 3 was a whirlwind of chaos, comebacks, and epic moments. Follow along, updating live.
14 hours ago
those were the latest stories
Want to see more?
View All Stories
Fox Sports™ and © 2020 Fox Media LLC and Fox Sports Interactive Media, LLC. All rights reserved. Use of this website (including any and all parts and components) constitutes your acceptance of these Terms of Use and Updated Privacy Policy. Advertising Choices. Do Not Sell my Personal Info