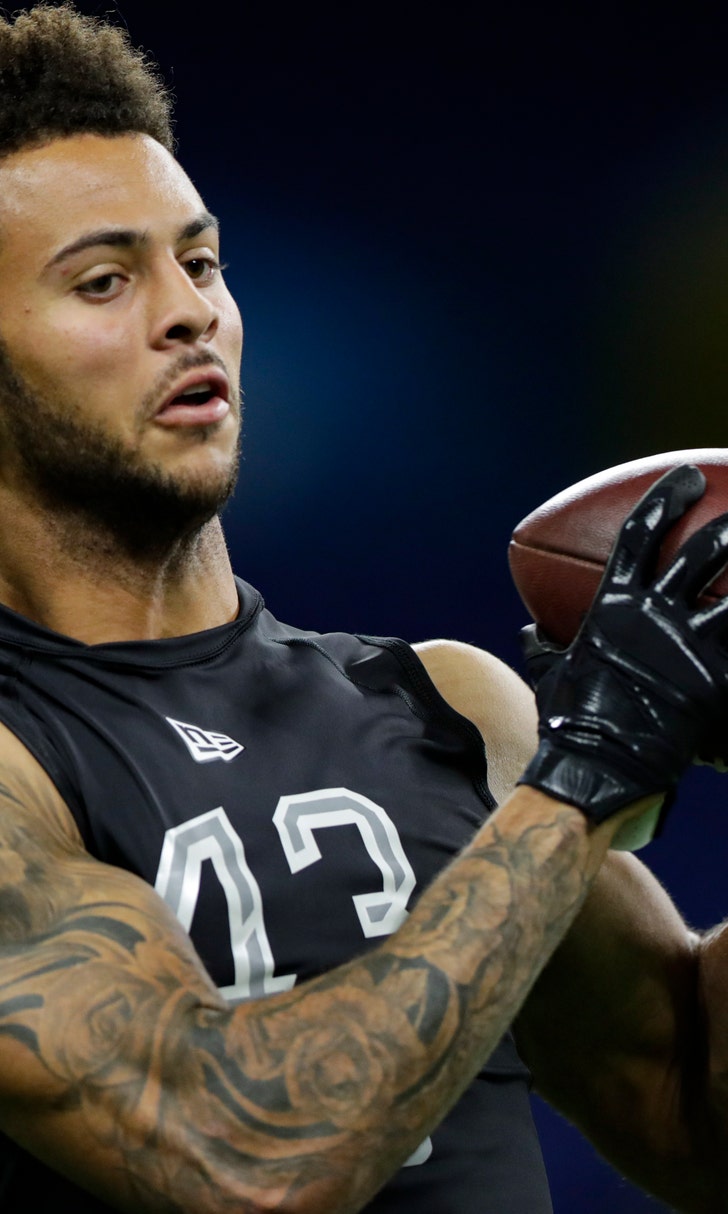 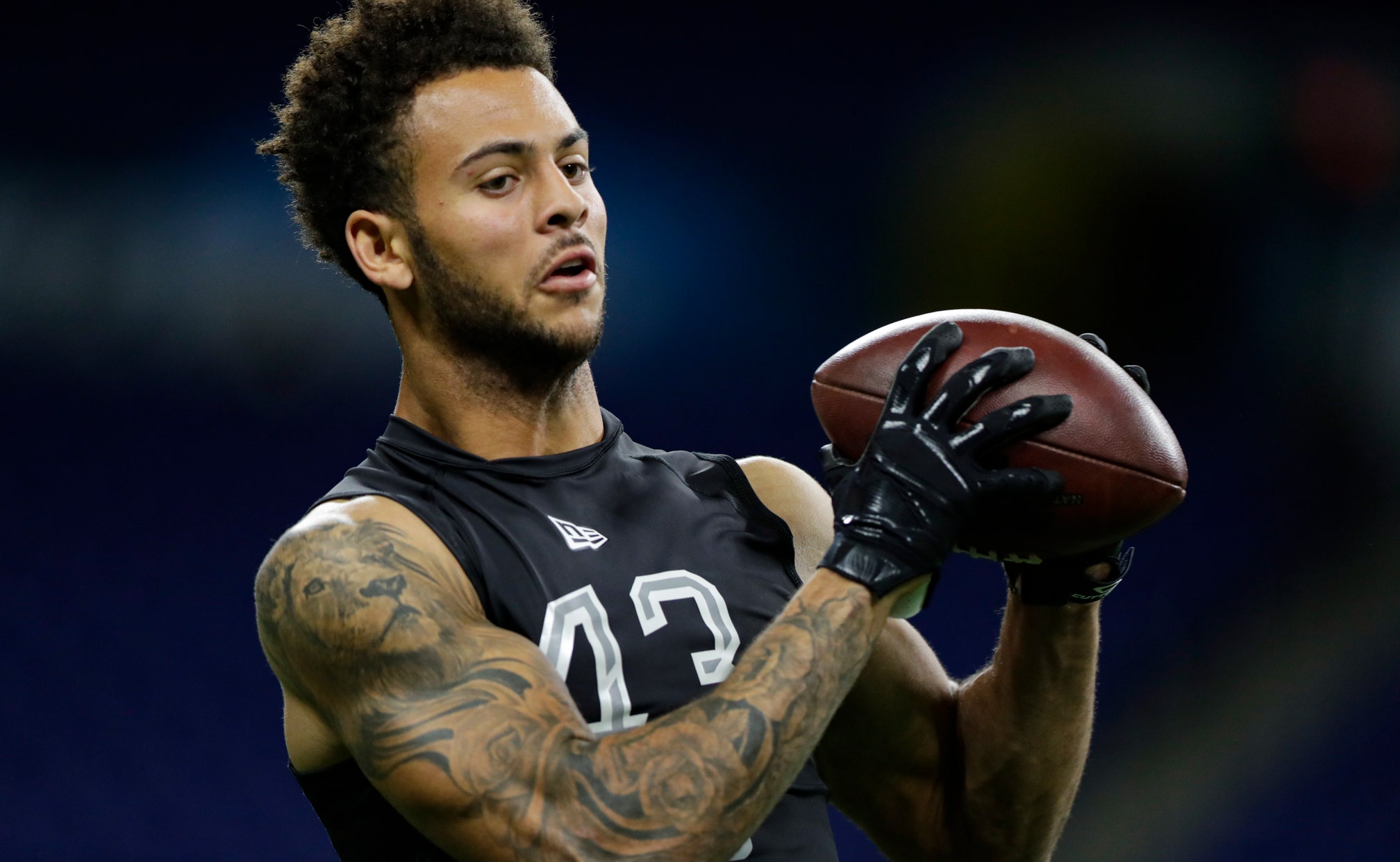 previous story
RB Breida traded by 49ers to Dolphins for 5th-round pick
next story
For Saints, fewer was better in the 2020 draft

INDIANAPOLIS (AP) — The Indianapolis Colts used the first part of this offseason investing in their defense.

On Friday, they started working on the offense.

General manager Chris Ballard wasted no time snatching Southern California receiver Michael Pittman Jr. with the Colts' first draft pick, was so eager about Wisconsin running back Jonathan Taylor he moved up three spots to get him and then closed out the second day by taking safety Julian Blackmon from Utah.

Pittman could turn out to be a steal at No. 34 overall.

Some thought the 6-foot-4, 223-pound son of a former NFL player might go late in the first round after catching 101 passes for 1,275 yards and 11 touchdowns last season when he was one of three finalist for the Biletnikoff Award. With his big body, a propensity for winning jump balls and a 4.52-second clocking in the 40-yard dash, the Colts were sold.

“When I was young, I just always thought that I was going to be an NFL player because that’s what my dad did," he said. "My dad was drafted the year I was born so all I knew was NFL football. I was like, ‘My dad does it, I can do it too.’ Back then, I didn’t realize how hard it was and the struggle it is, but looking back now I’m right where I thought I would be.”

Taylor seems right at home in Indy, too, returning to the same stadium where he played for two Big Ten championships.

At 5-10, 226 pounds, the Badgers star still posted a 4.39-second 40 at the combine. He is the first player in FBS history to rush for more than 6,000 yards in three seasons and closed out his college career with back-to-back 2,000-yard seasons while winning back-to-back Doak Walker Awards.

He impressed scouts with a 4.39-second 40 at the combine, though he also lost 15 fumbles in college and had an heavy workload with 926 carries. Still, Ballard thought so highly of Taylor he gave away a fifth-round pick to swap second-round slots.

“I feel like I’m just seamlessly transitioning from one culture to the next but it’s the same exact culture (as Wisconsin)," Taylor said. “Getting a chance to play with a legendary quarterback like Philip Rivers, I’m definitely willing to learn a plethora of routes, a plethora of protections, to make sure if and when Mr. Rivers needs me I'm ready to go.”

After trading back to No. 85 overall, picking an extra fifth-round selection and swapping places in the sixth, Ballard closed out the night by taking Blackmon, who is fighting his way back from ACL surgery in January.

The Colts have been busy over the past month.

“They love pass-catching tight ends and that’s what I am," Burton said Friday. “I’m undersized, I know that, but blocking is more a mentality so I think I’ve grown tremendously over the last four years at this position."

Indy has four picks left Saturday and could go any direction.

None of the three quarterbacks on Indy's depth chart — Rivers, Jacoby Brissett or Chad Kelly — is under contract beyond this season. Another receiver remains a possibility or, perhaps, Ballard will look to add depth to the offensive line after longtime left tackle Anthony Castonzo in January before returning on a two-year deal.