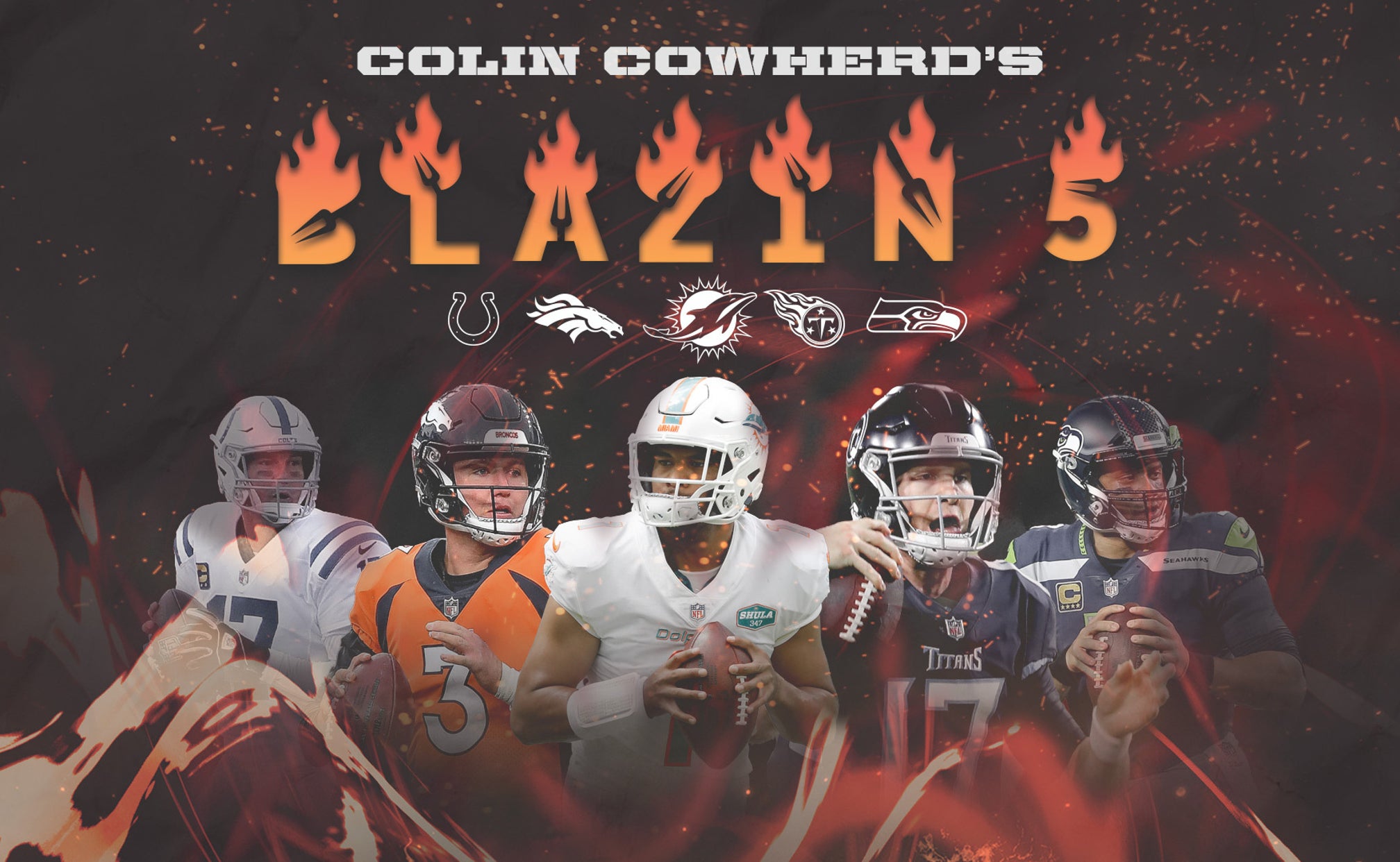 previous story
Can The Ravens Weather The Steelers?
next story
Justin Fields is Ready for His Endgame
National Football League

Week 8 features Tua Tagovailoa in his first career NFL start, along with a few intense divisional matchups, including San Francisco at Seattle. 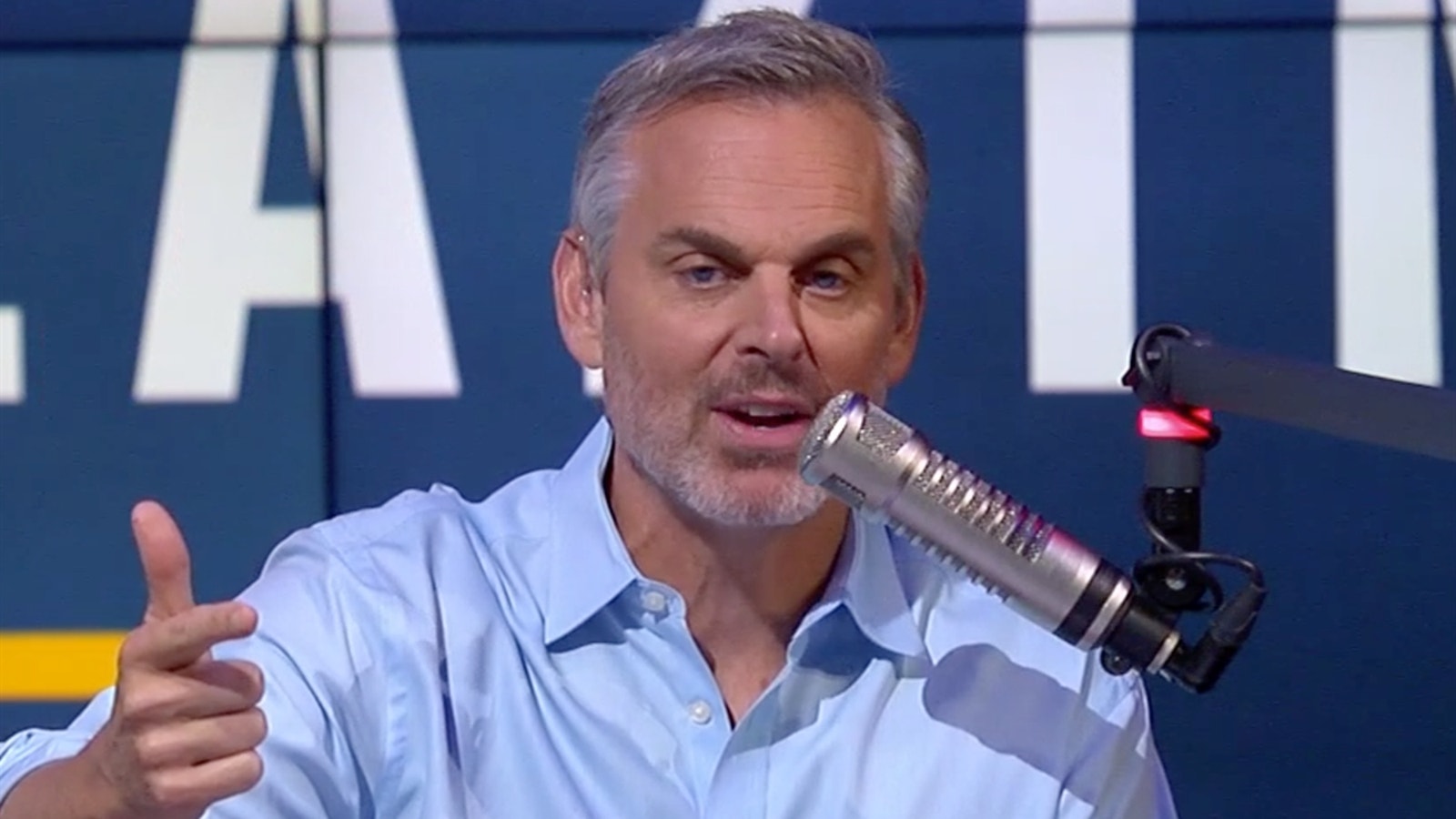 With that, Colin Cowherd is back with latest Blazin' 5, giving his favorite picks of the weekend against the spread.

Coming off a short week, having taken down the Chicago Bears on Monday Night Football, the Los Angeles Rams will travel cross-country to take on the Miami Dolphins. 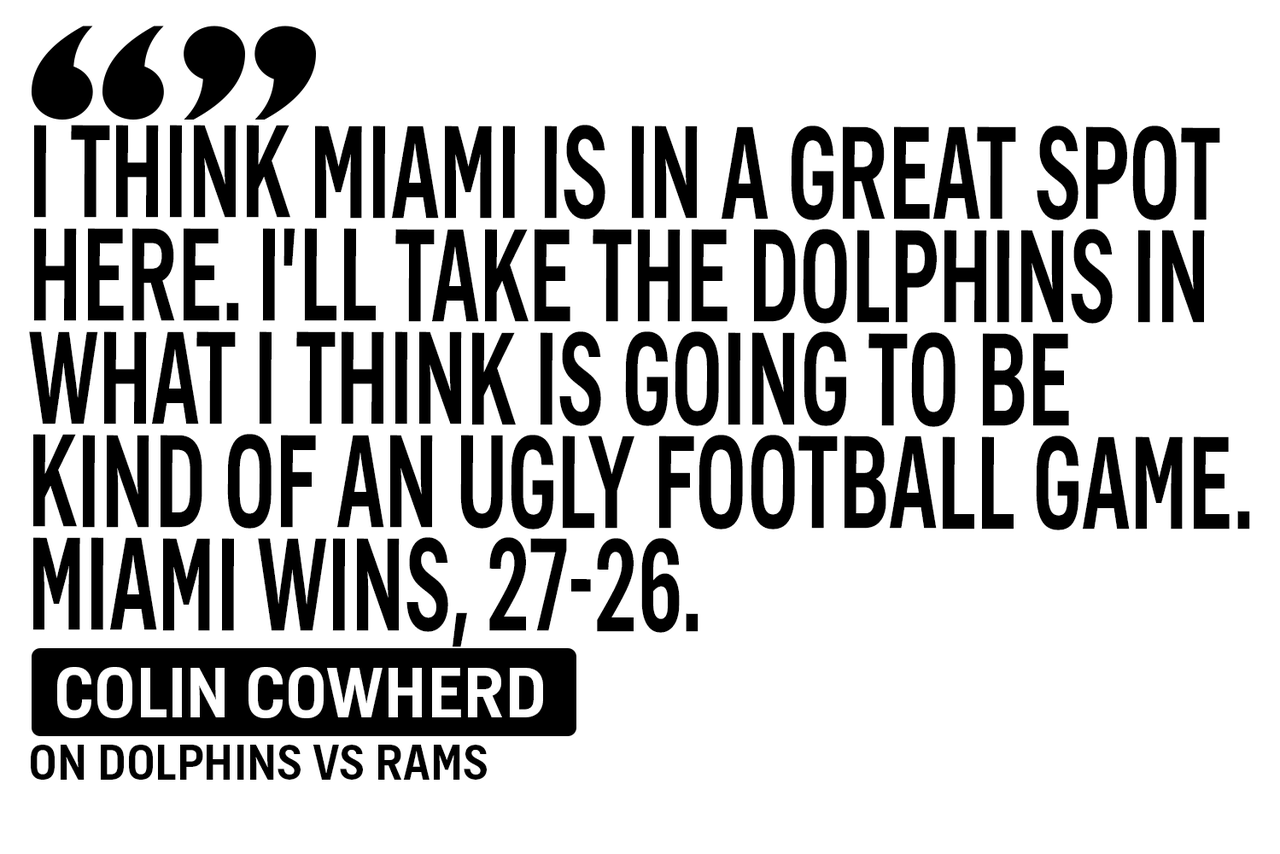 Miami rookie Tua Tagovailoa is primed to make his first career NFL start, behind a dominant offensive line. The unit has allowed just 10 sacks this season, tied for third-fewest in the league.

Meanwhile, against opponents, the Dolphins have recorded 17 sacks, tied for seventh in the league, and the Miami defense is allowing an average of just 18.8 points per game, good for third-fewest in the NFL.

The Dolphins are 11-2 all-time against the Rams and have won the last four matchups between the two teams.

The Titans are coming off their first loss of the season against the Pittsburgh Steelers, in what was a tight battle between two formerly-undefeated teams. 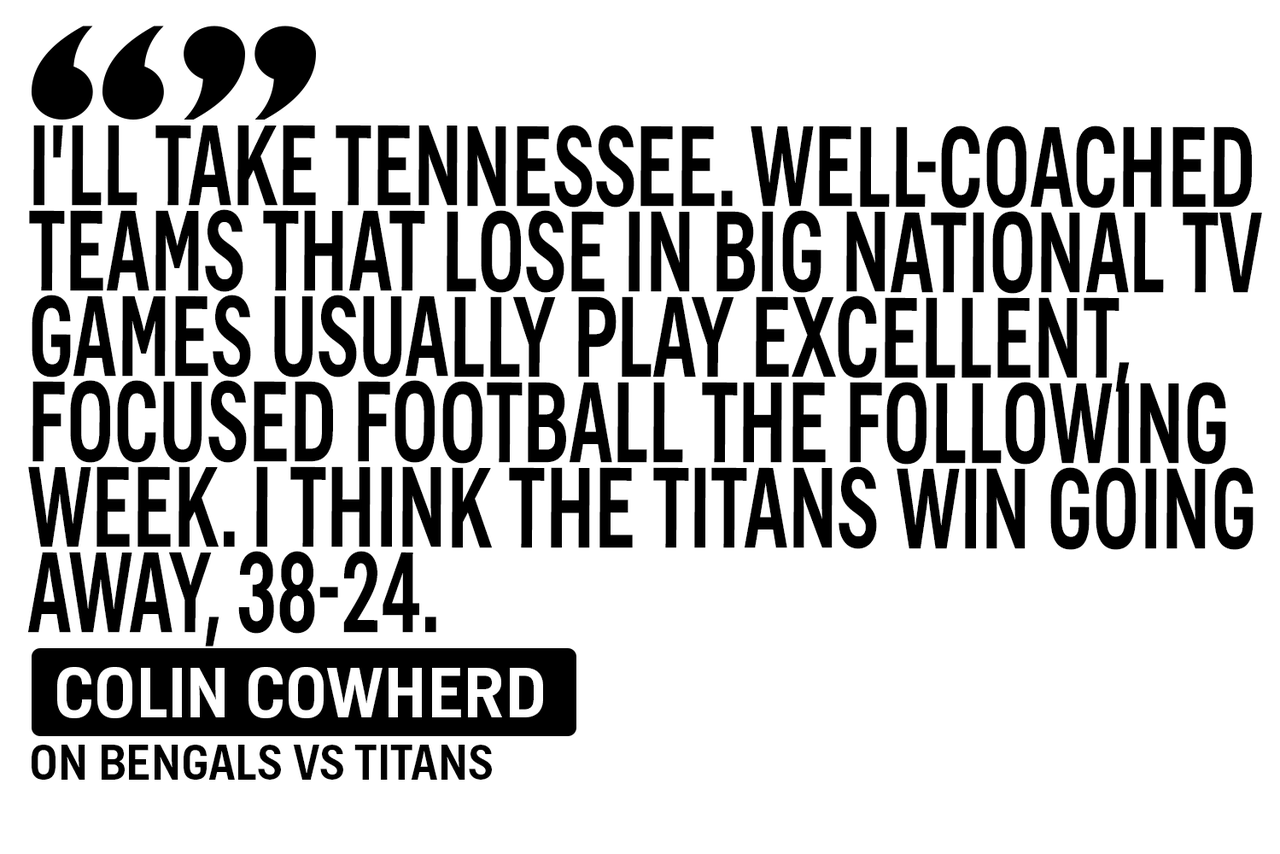 Tennessee quarterback Ryan Tannehill's 15 touchdown passes are tied for fifth among quarterbacks, and he ranks third in passer rating among QBs (112.3).

The offense only gets more potent, as the Titans boast the fourth most rushing touchdowns in the league (8) led by Derrick Henry, who has recorded a league-high 663 rushing yards.

Music City is averaging 31.3 points per contest, good for fourth in the NFL.

The Titans lead the all-time series against the Bengals, 40-33-1. 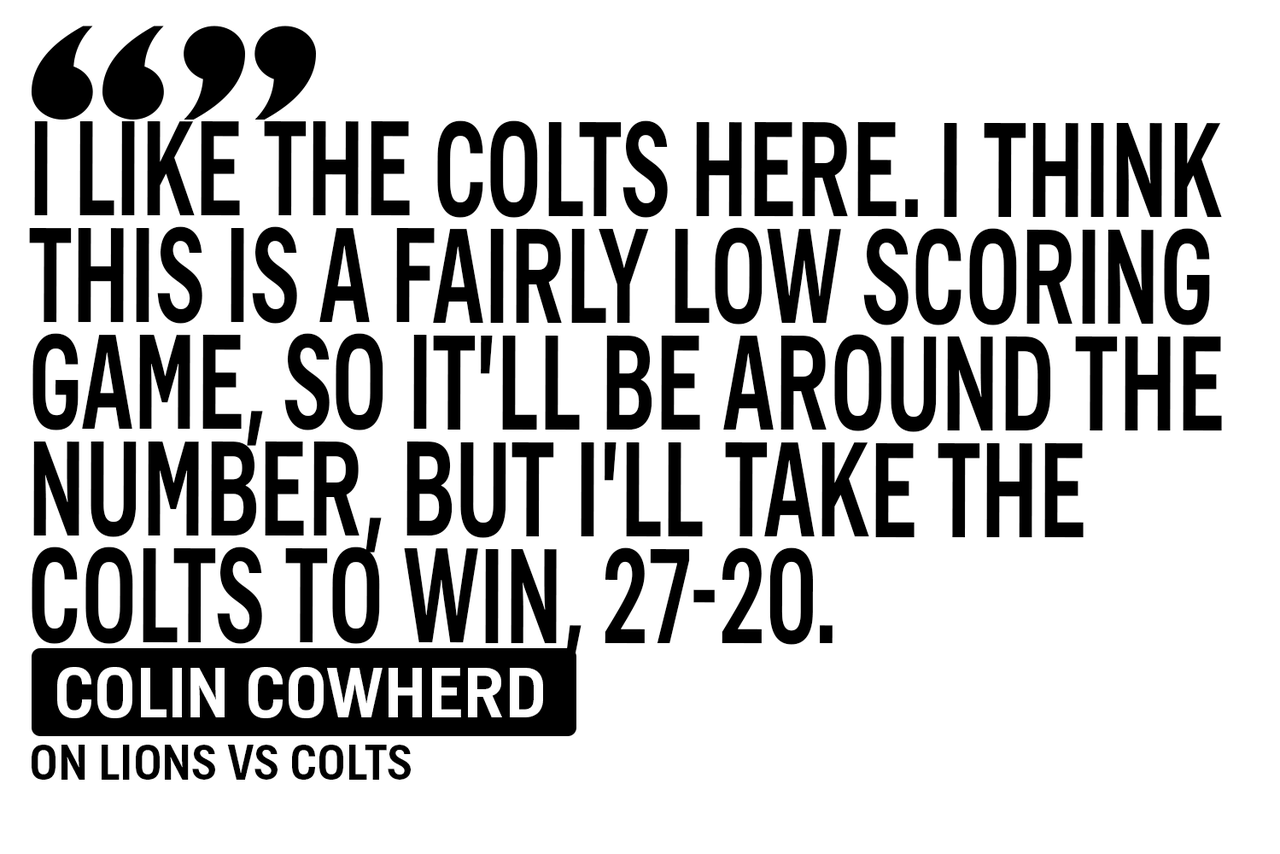 It bodes well for the Colts because Detroit quarterback Matthew Stafford is 27th in completion percentage (62.3) and 20th in passer rating (94.4).

The Lions have won two games in a row but have yet to win at home this season (0-2).

Rookie quarterback Justin Herbert has shined in his debut season, and the Chargers rank sixth in passing yards per game (281.3) and fourth in overall offense (405.8 yards per game).

But Herbert will face a strong Denver defense that ranks eighth in total yards allowed per game (339.2) and boasts the sixth mosts sacks in the NFL (18). 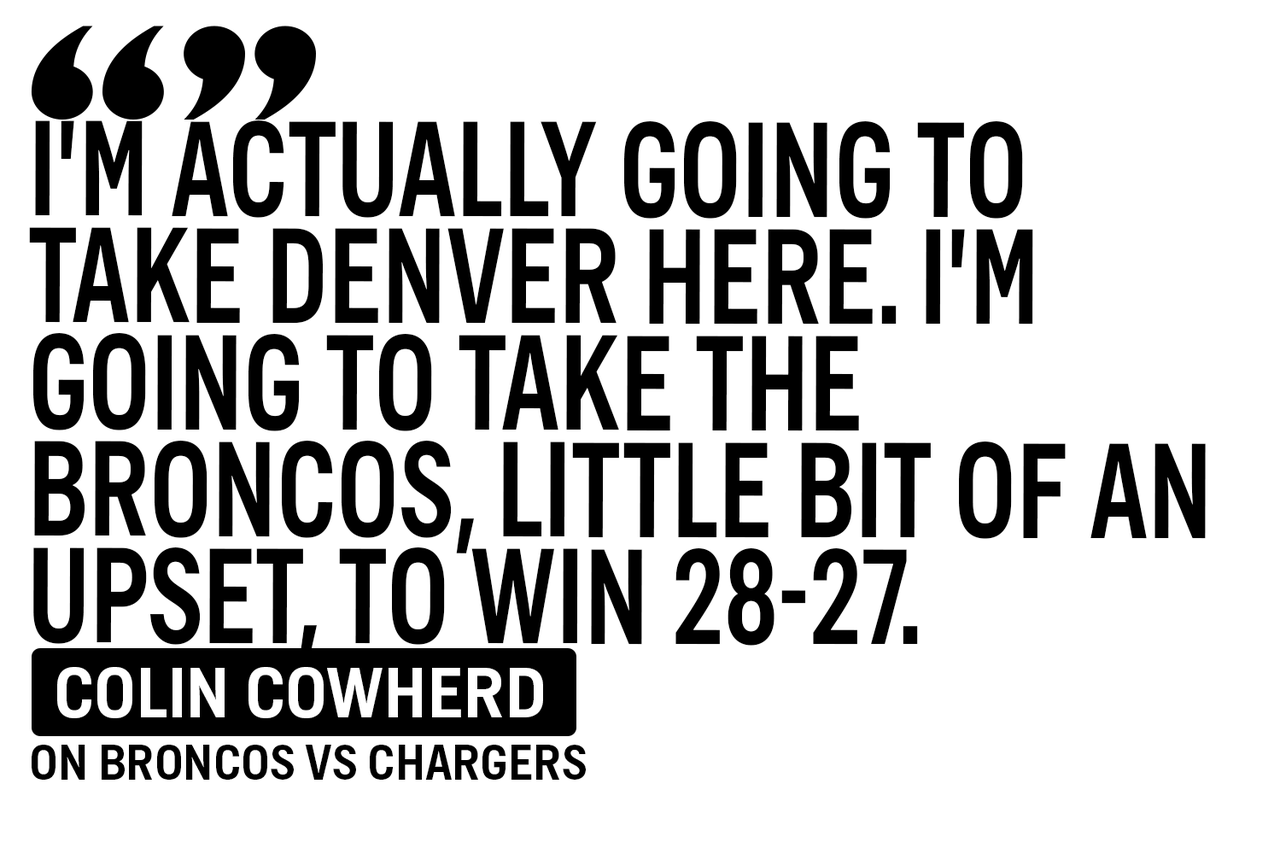 Not to mention, Los Angeles has to head from sea level to high-altitude for the AFC West tilt.

The Seahawks are coming off a heartbreaking loss in overtime to the Arizona Cardinals. 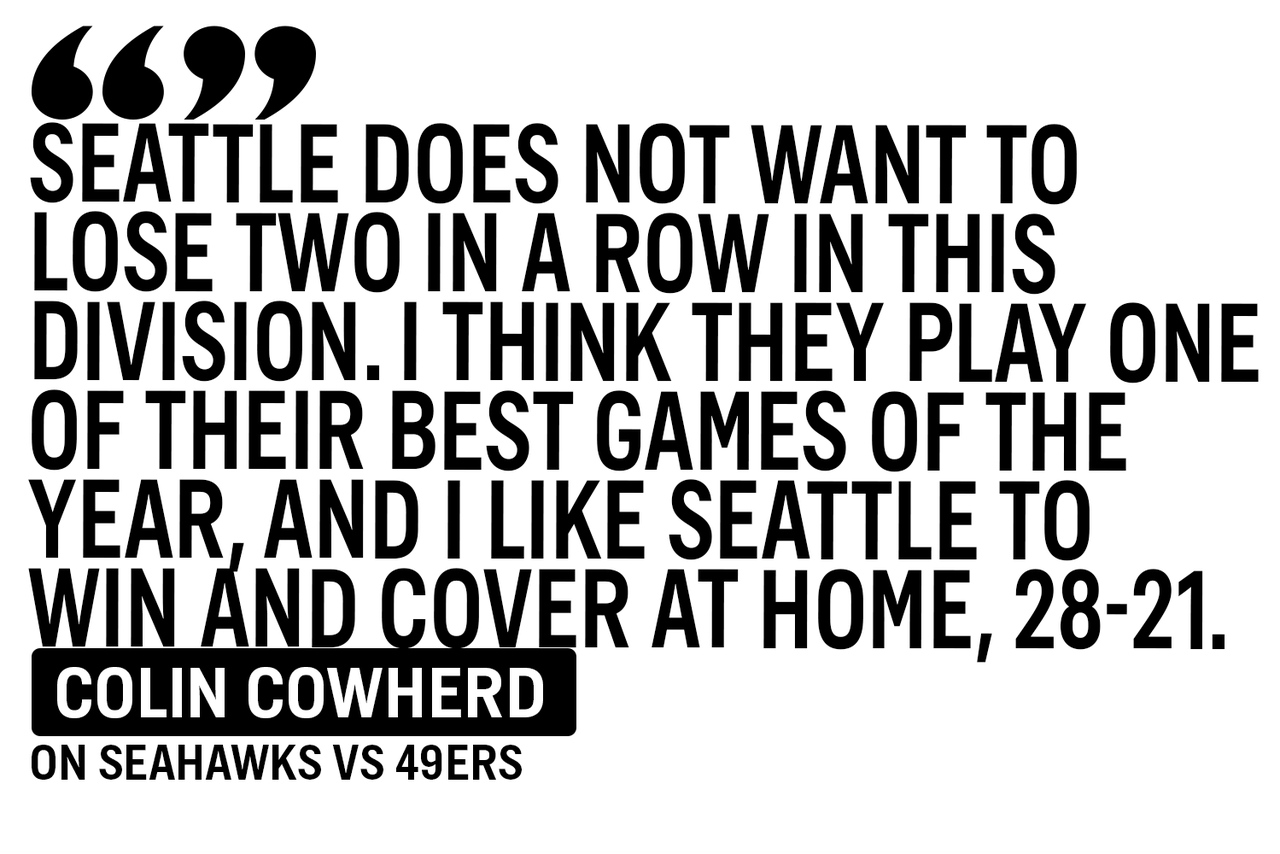 Seattle is putting up the most yards per game (425.2) and most points per game (33.8), and quarterback Russell Wilson has thrown the most touchdowns in the league (22). He also owns the highest passer rating (119.5).

Meanwhile, San Francisco has been battered by injuries on both sides of the ball.

Herd Hierarchy: Week 13
The Titans and Seahawks are the biggest movers in Colin Cowherd's latest rankings. As for the Chiefs? Not much has changed.
9 hours ago

The Curious Case Of Carson Wentz
Carson Wentz’s fall from stardom is a reminder that whatever heights can be reached in the NFL, past success guarantees nothing.
23 hours ago