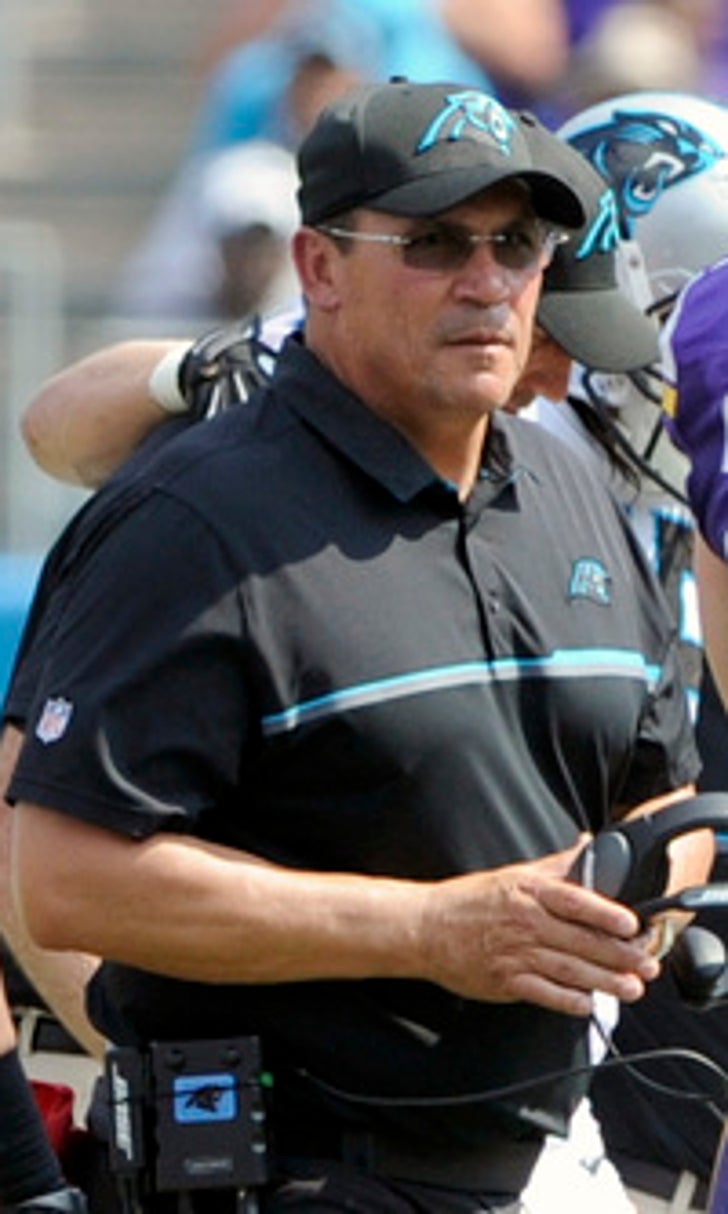 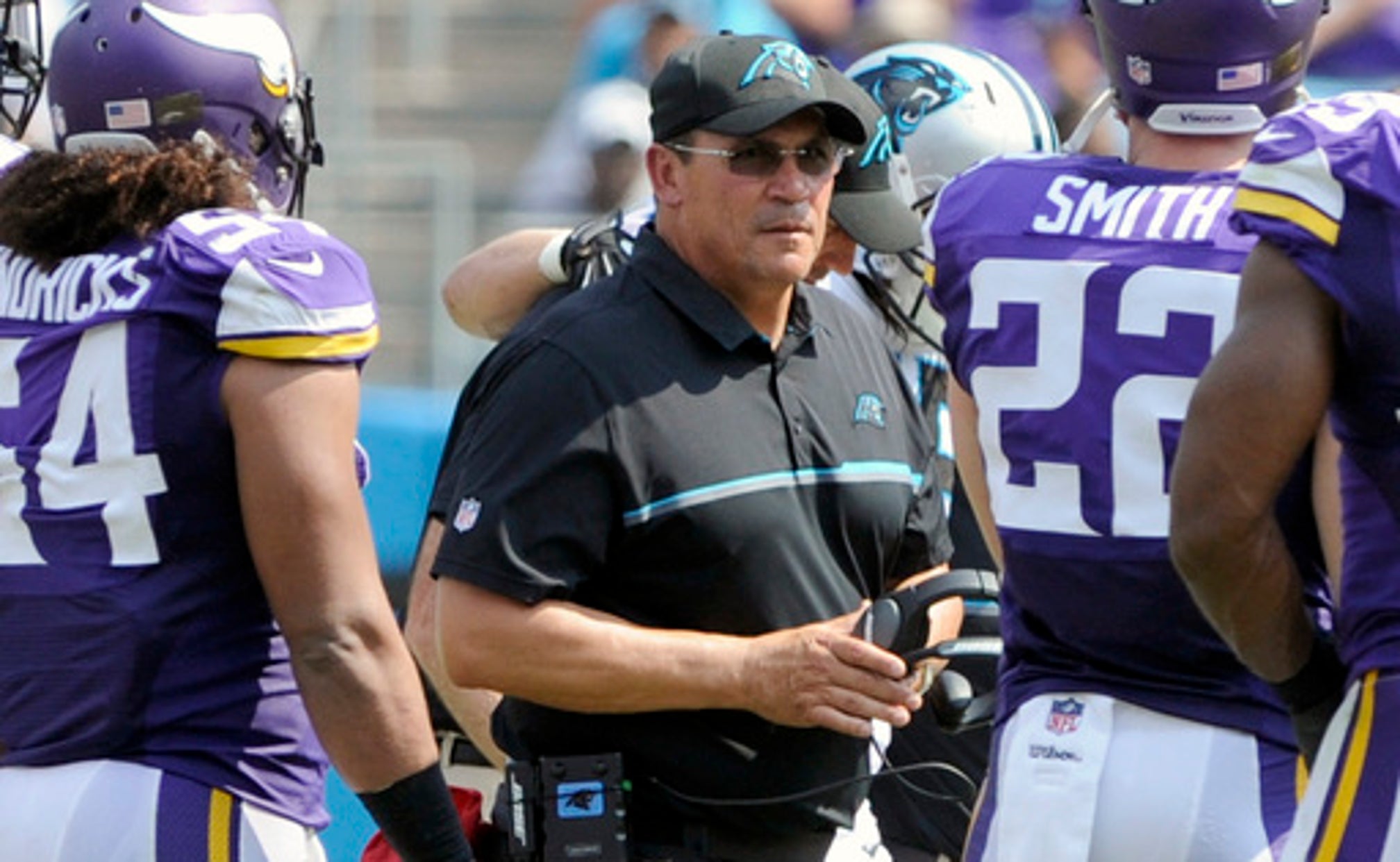 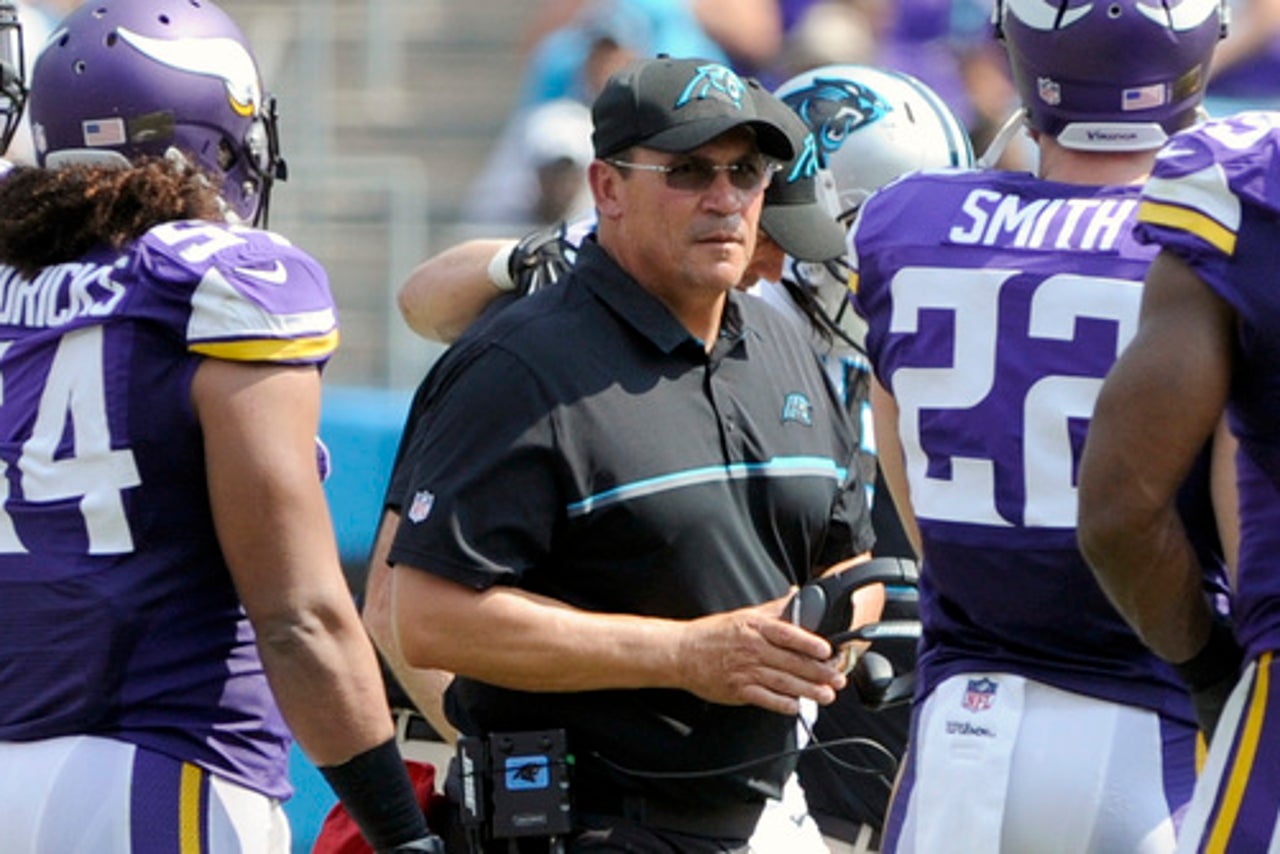 ''The missed opportunities was probably the biggest thing, more so than anything else, and some of the penalties,'' Rivera said Monday. ''We had some really good things that went on, some really good plays, then you kinda look at them and it's almost silly to have those kind of penalties committed.''

Rivera said those missed opportunities, as well as protecting quarterback Cam Newton, need to be corrected as Carolina opens a three-game stretch of NFC South division games starting Sunday against the Atlanta Falcons.

While the Falcons' offense has put up league-leading numbers, their defense has struggled, especially against the pass. Heading into Monday night's game against the New Orleans Saints, Atlanta is fifth-worst in the league in yards allowed (412.5) and tied for ninth in passing yards allowed (290.0), with seven passing TDs in two games.

That could be just what the Panthers' offense needs to get back on track, especially after following up a 46-point effort against the San Francisco 49ers two weeks ago by getting shut out by the Vikings over the final three quarters Sunday.

This season, in Atlanta's first two games, its defense gave up four touchdowns and 281 passing yards to Tampa Bay's Jameis Winston in a Week 1 loss to the Buccaneers, and three TDs and 299 yards to Oakland's Derek Carr in beating the Raiders last week.

That has offset a Falcons offense that leads the NFL in yards per game (451.0) and is second in scoring (29.5 per game).

''You look at the games they've been in, and they haven't been complete blowouts until later on,'' Rivera said. ''When you're not making plays, you're getting attacked. We're looking forward to it. Our guys have an opportunity to put themselves in a good position in an important game.''

But this year's performance is no guarantee of success, Carolina offensive coordinator Mike Shula said.

That was part of the Panthers' problems against the Vikings.

Carolina led 10-0 two-thirds of the way through the first quarter and had more net yardage than the Vikings (306-211). But the Panthers let Minnesota back in the game, giving up a sack and safety on Newton later in the first quarter, followed by a 54-yard punt return for a score by Marcus Sherels late in the second quarter.

The Vikings went on to sack Newton eight times total in Sunday's 22-10 victory, the most last year's NFL MVP has been taken down since the 2014 season. He was also hit four more times, and rushed into throwing three interceptions.

While Newton finished with 262 passing yards, he was held to 95 yards in the second half and was 8 of 17. Even worse, his two biggest receiving targets - 6-foot-5 Kelvin Benjamin and 6-4 Devin Funchess - were held without a reception on three combined targets.

''We've got to find a way to get him the ball more,'' Shula said of Benjamin, who led the Panthers in receptions (13) and receiving yards (199) entering Sunday's game. ''But we need to do it in a way where we're not forcing the ball.''

Penalties also hurt the Panthers, especially at crucial moments. In the second quarter Benjamin was called for an illegal block on Minnesota's Trae Waynes that nullified a 56-yard touchdown catch-and-run by Fozzy Whittaker.

''You don't do your job, you don't do things the way you're supposed to, you're going to get beat at the end of the day,'' Rivera said. ''It doesn't matter whether you're a first-year player or a 10th-year player, you are going to make a mistake. We got caught on that, and got put in a bad situation.

''This was our third game. We've played two teams that were in the playoffs last year. We've had our ups and downs. We've had our moments against them,'' Rivera said. ''What we've got to be able to do is eliminate the lows, and play consistent.''

Superstar Wars
Bill Belichick has anointed a new star. And there's a chance that his powers have already surpassed those of his predecessor.
18 hours ago

Worried About Wentz
The clock might be ticking on Carson Wentz in Philadelphia, as the polarizing QB has struggled out of the gate in 2020.
23 hours ago