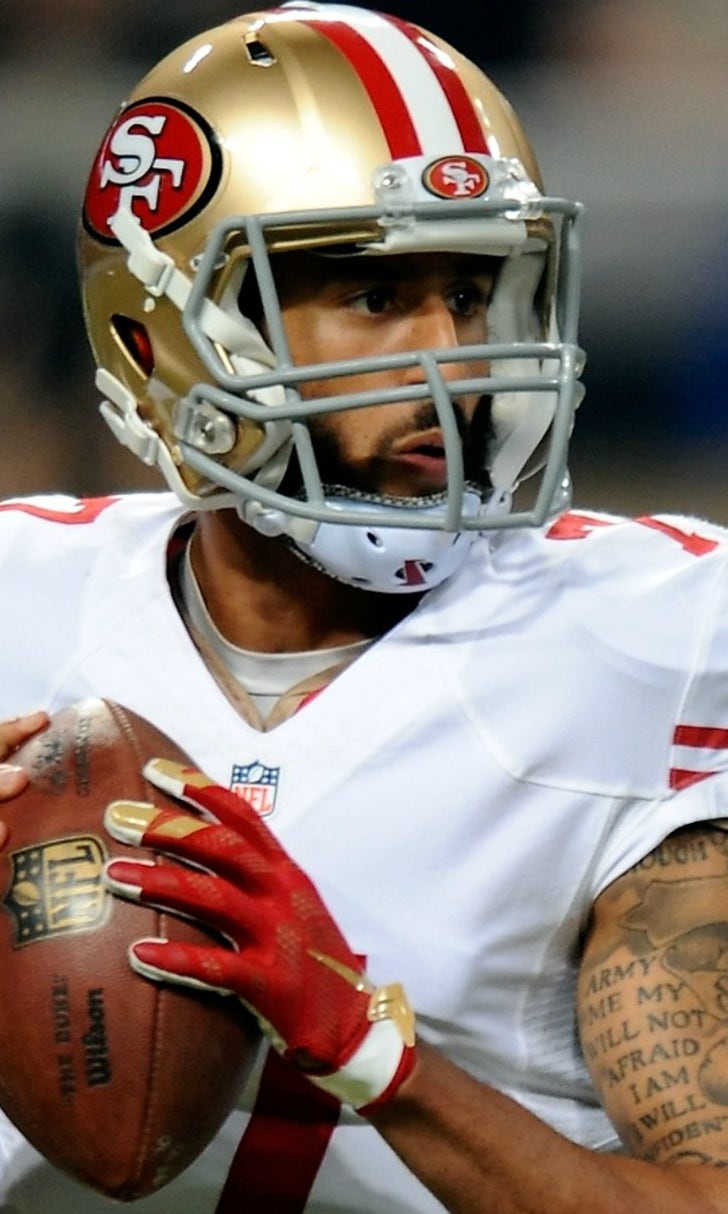 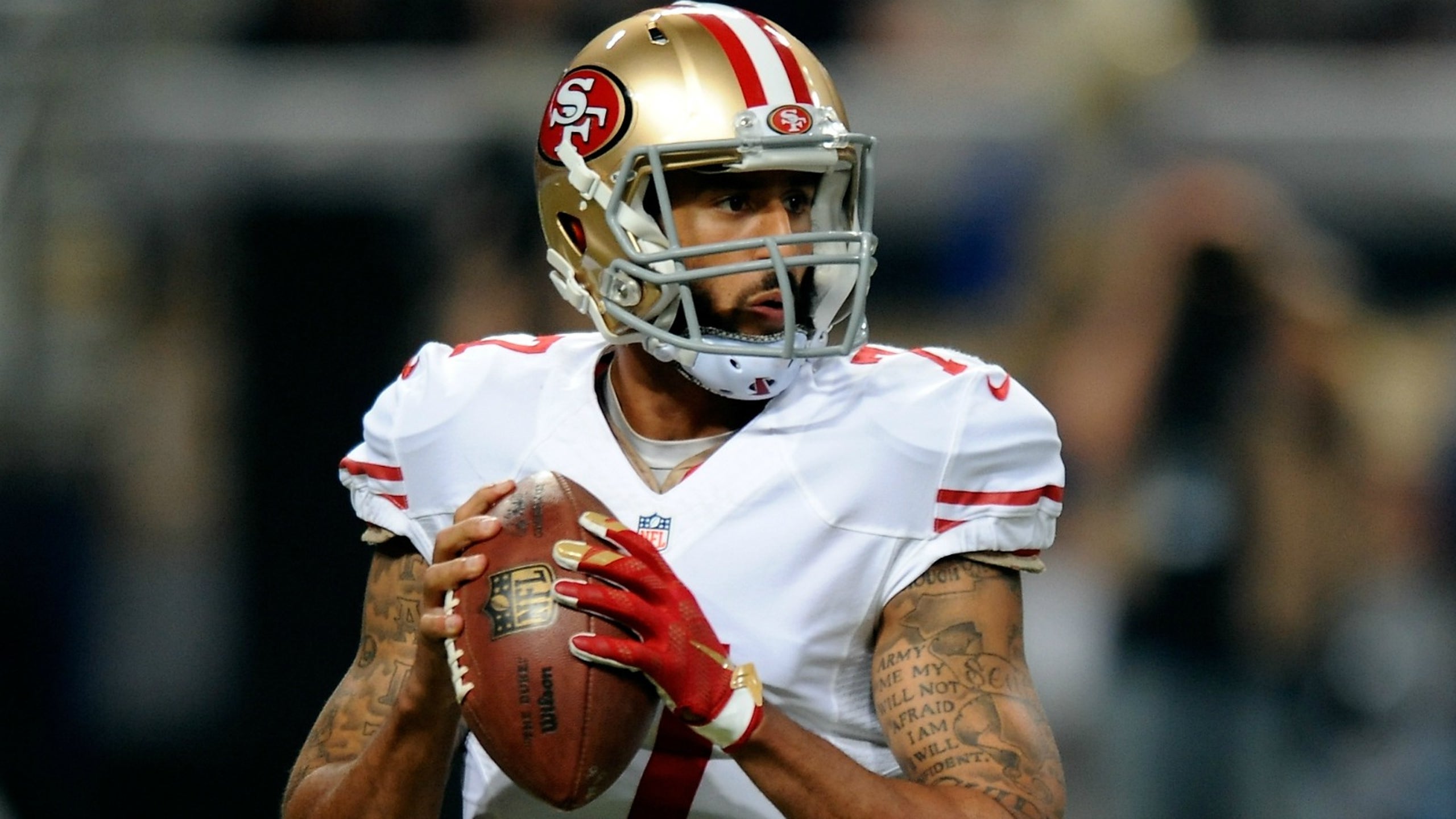 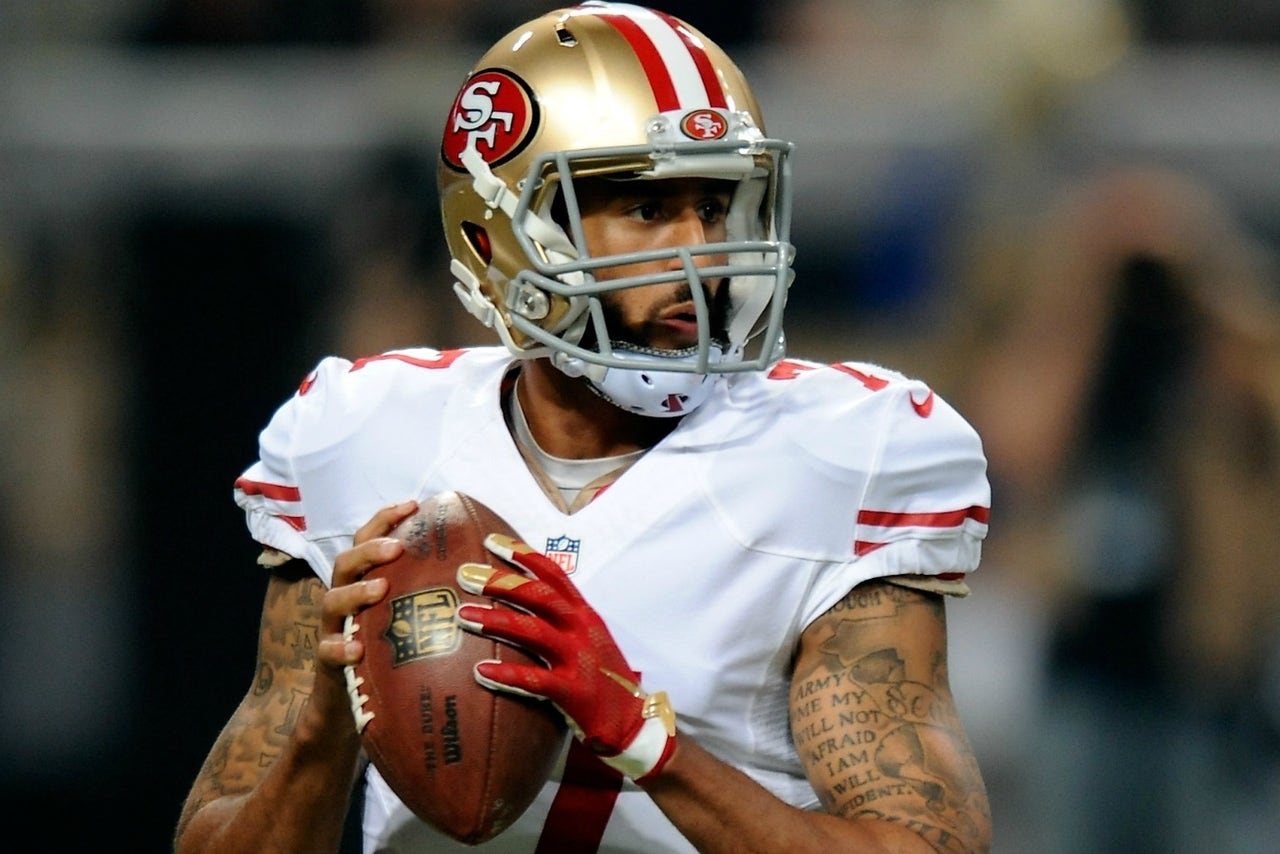 Chip Kelly hasn't seen Colin Kaepernick practice yet, but the new San Francisco 49ers head coach has been impressed by Kaepernick's work off the field.

"He's great in the classroom," Kelly said of Kaepernick, via CSN Bay Area. "He's got a great grasp of what we're doing. I'm really impressed by both Blaine (Gabbert) and him and their intelligence and being able to pick up what we're trying to do.

"So there's no 'fall behind' because there's no behind. There's not a race. The first day we're able to against defenses is today. We're not naming the starting lineup for the Rams game today."

Kaepernick, who is still rehabbing from surgeries on his left shoulder, right thumb and left knee this offseason, is expected to compete with Gabbert for the starting spot. Kelly was noncommittal regarding when he would name his starter.

"I don't have a timetable," Kelly said. "You can't put a timetable on it. It has to express itself and let it happen organically. That's the only way it can happen. I've been involved in every level of quarterback battles. Just like battles at every other position, it's going to be won on the field. It can't be won because we have a timetable that has to be set by May 17th or May 18th."