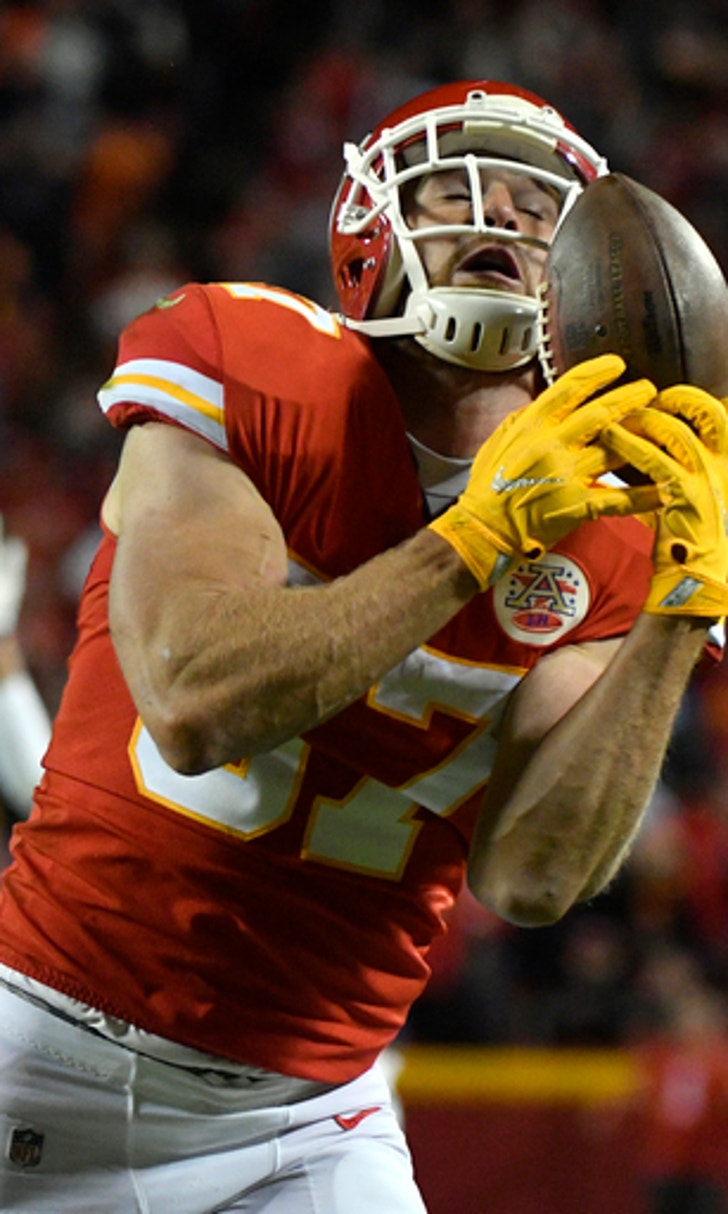 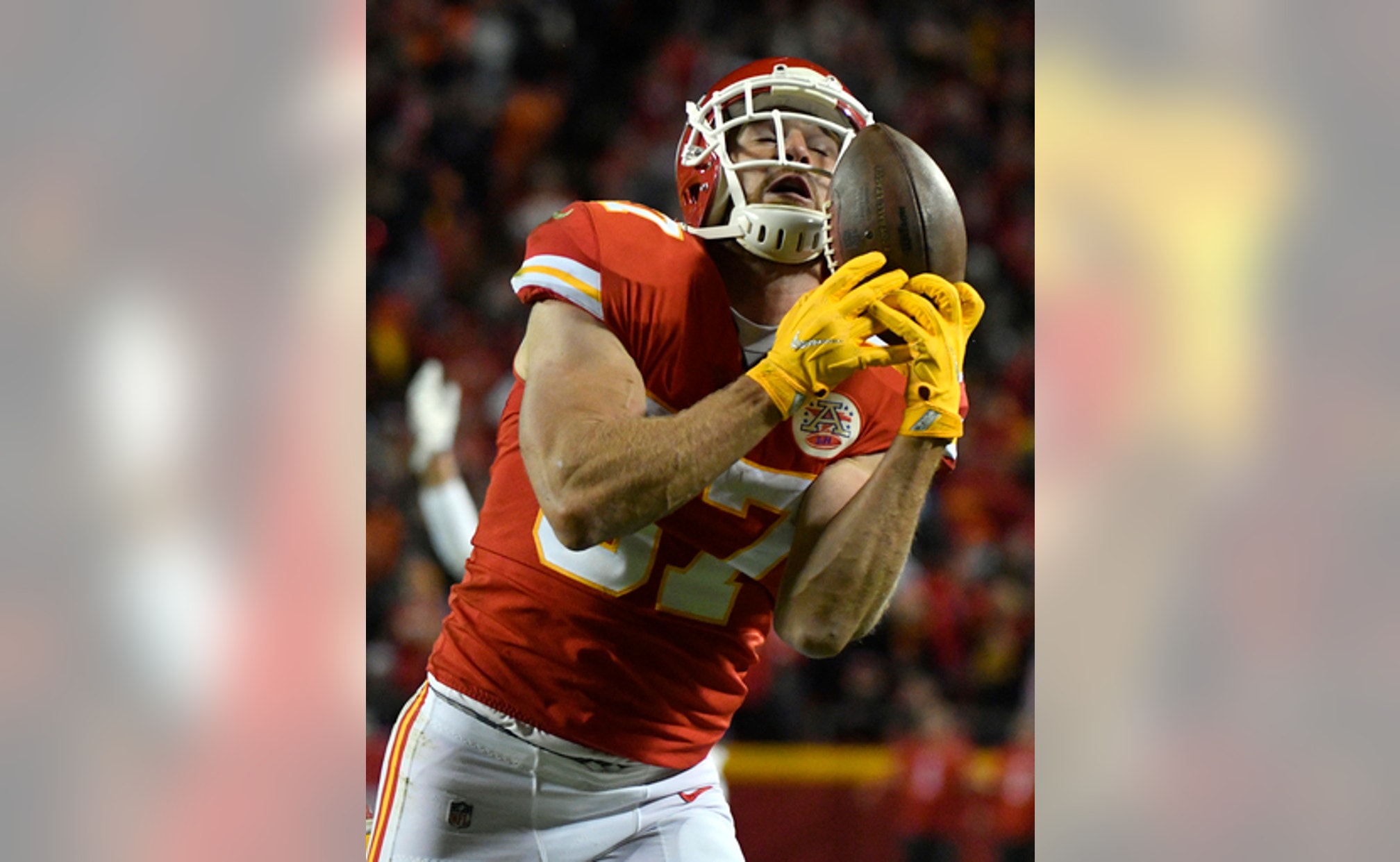 KANSAS CITY, Mo. (AP) The list of the league's most productive receivers since the midway point of last season reads as what you might expect, highlighted by Pittsburgh's Antonio Brown right on top.

Mike Evans is there. So are T.Y. Hilton and Brandin Cooks.

But the second-most productive pass-catcher is not Julio Jones or Odell Beckham Jr., DeAndre Hopkins or Stefon Diggs. In fact, the name right behind Brown on the list isn't a wide receiver at all.

It happens to be Travis Kelce.

''He's a freak. That guy's a freak athlete and he's a great guy,'' said Broncos defensive tackle Derek Wolfe, who was roommates with Kelce during their college years at Cincinnati. ''He's out there making plays. He's an emotional guy. And he's a great guy to have in the locker room.''

Indeed, there are few players who generate more energy in the locker room than Kelce, whose ability to catch passes, block in the run game and do the dirty work doesn't go unnoticed.

The rest of the team seems to feed off him, a rarity for a position that for years was underappreciated.

But the emergence of Rob Gronkowski in New England, Jimmy Graham in New Orleans and Seattle and Kelce in Kansas City has brought renewed focus - and importance - to the tight end position.

In many ways, Kelce is redefining it.

''We put a lot on his plate and move him around and do a lot of different things,'' said quarterback Alex Smith, adding that the Chiefs offense essentially runs through Kelce.

Kelce isn't without his faults, of course.

That exuberance has produced more than one personal foul over the past couple of years, including a costly one during the Chiefs' playoff loss to Pittsburgh last season.

More than once, Chiefs coach Andy Reid has had to grab Kelce coming off the field and give him a father-to-son dressing-down.

His dancing ability leaves a lot to be desired, too. He unveiled a particularly goofy jig after scoring in Monday night's victory over Denver, bringing chuckles from fans and teammates alike.

Kelce finished the game with seven catches for 133 yards, despite turning an ankle - the only consistent production Kansas City could muster against the league's top-ranked defense.

''I want the ball every single play. That's just how I grew up playing,'' Kelce said. ''I was a quarterback because I loved having the football in my hands when I was growing up, and sure enough, when I moved to tight end in college, I've always been the same way.''

What makes Kelce an especially dynamic pass-catcher is his versatility. He can run the underneath routes like a slot receiver, has enough speed to beat linebackers and safeties down the field, and his size makes him a comfortable target for his quarterback in the red zone.

''He's just a matchup problem,'' Smith said. ''Bigger than most corners. Route running-wise he's a tough matchup for safeties and linebackers, so it's a little bit, `Pick your poison.' He's had success throughout his career versus all three of those matchups, just finding a way.''

It doesn't matter that defenses have planned to stop him, either.

''Obviously he does a heck of a job understanding what they're doing to him, how he combats it,'' Smith said. ''He always seems to have a comeback move off of it. He knows how teams play him.''

His consistency may be what is most impressive. He surpassed 3,000 yards receiving earlier this season, moving past Fred Arbanas for second among tight ends in Chiefs history, and he's hauled in a catch in 56 straight games to trail only Stephone Paige (83) and Tony Gonzalez (131) among Chiefs players.

In fact, Kelce is setting his sights on a lot of the records that Gonzalez, one of the best to ever play the position, set during his time in Kansas City.