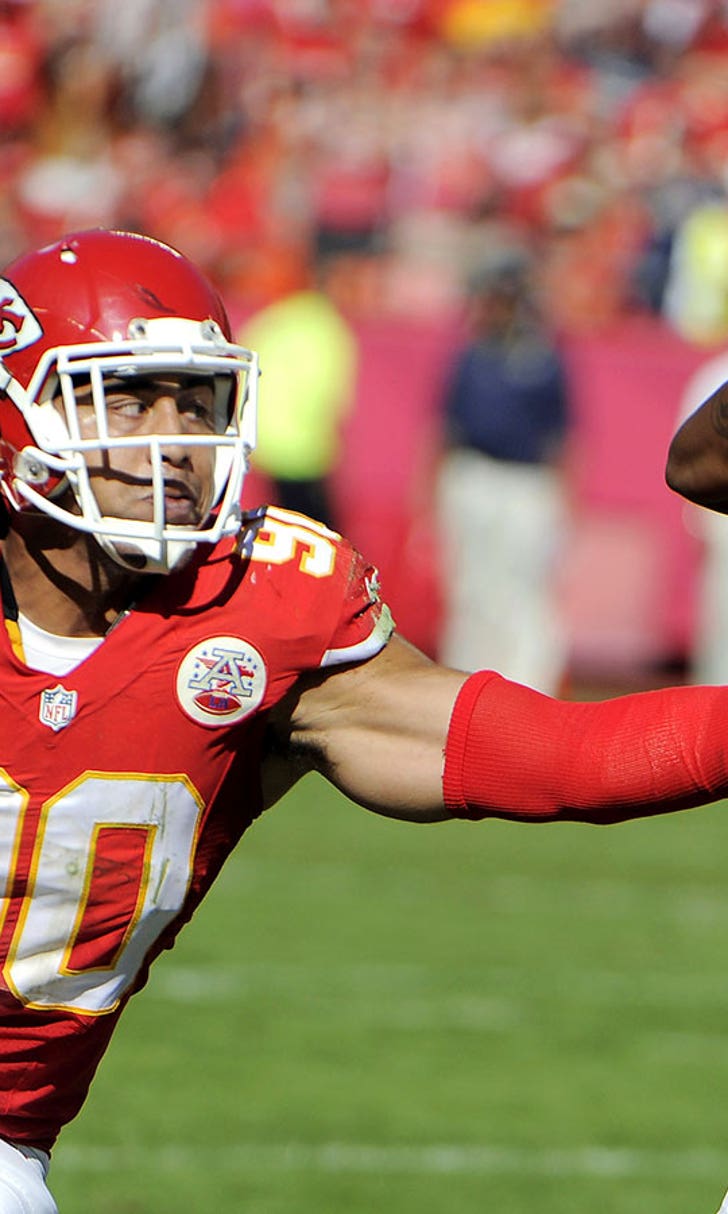 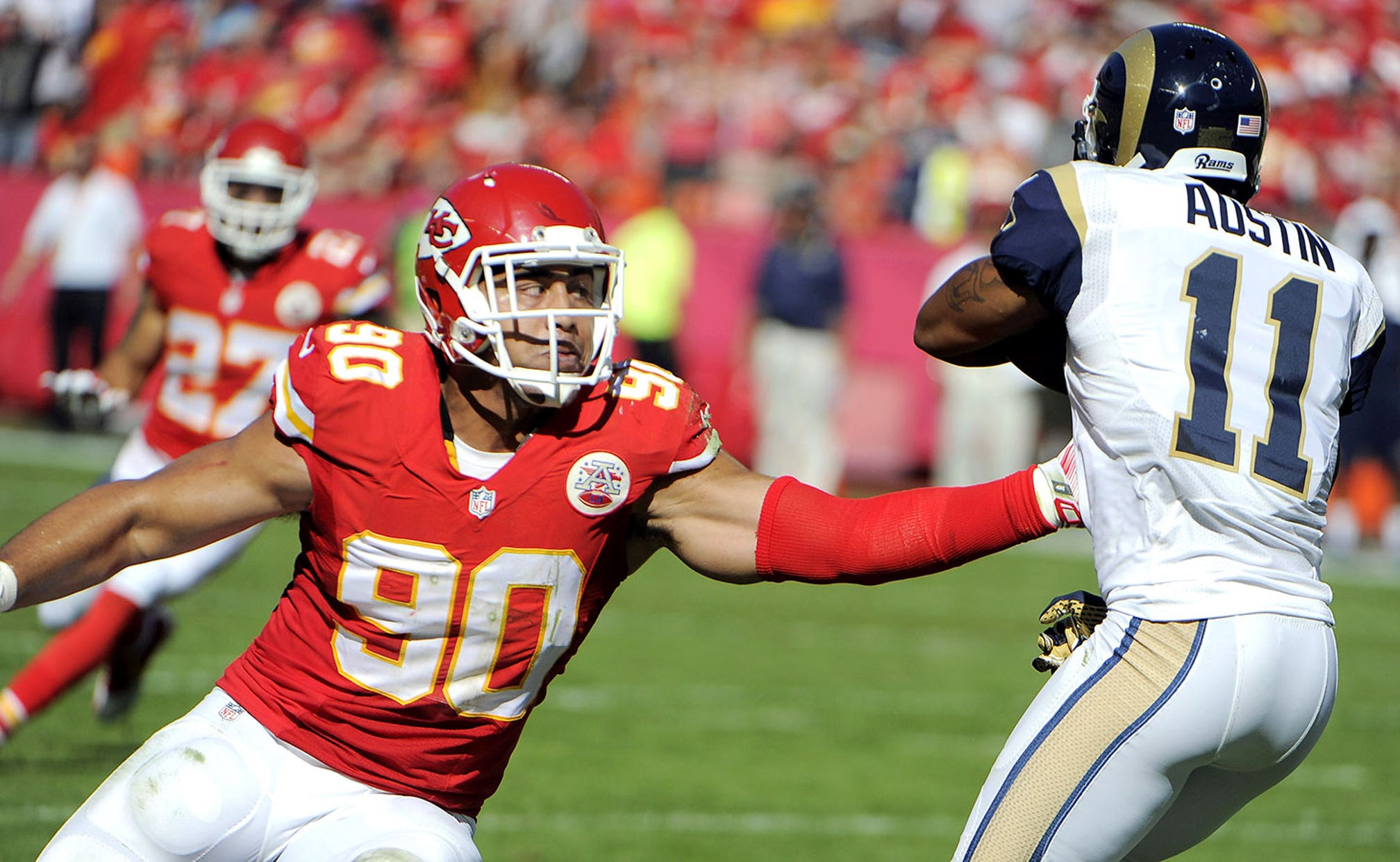 previous story
Broncos TE Green: 'I've always felt like I could do more'
next story
Chiefs should be a trade partner for line-needy Dolphins 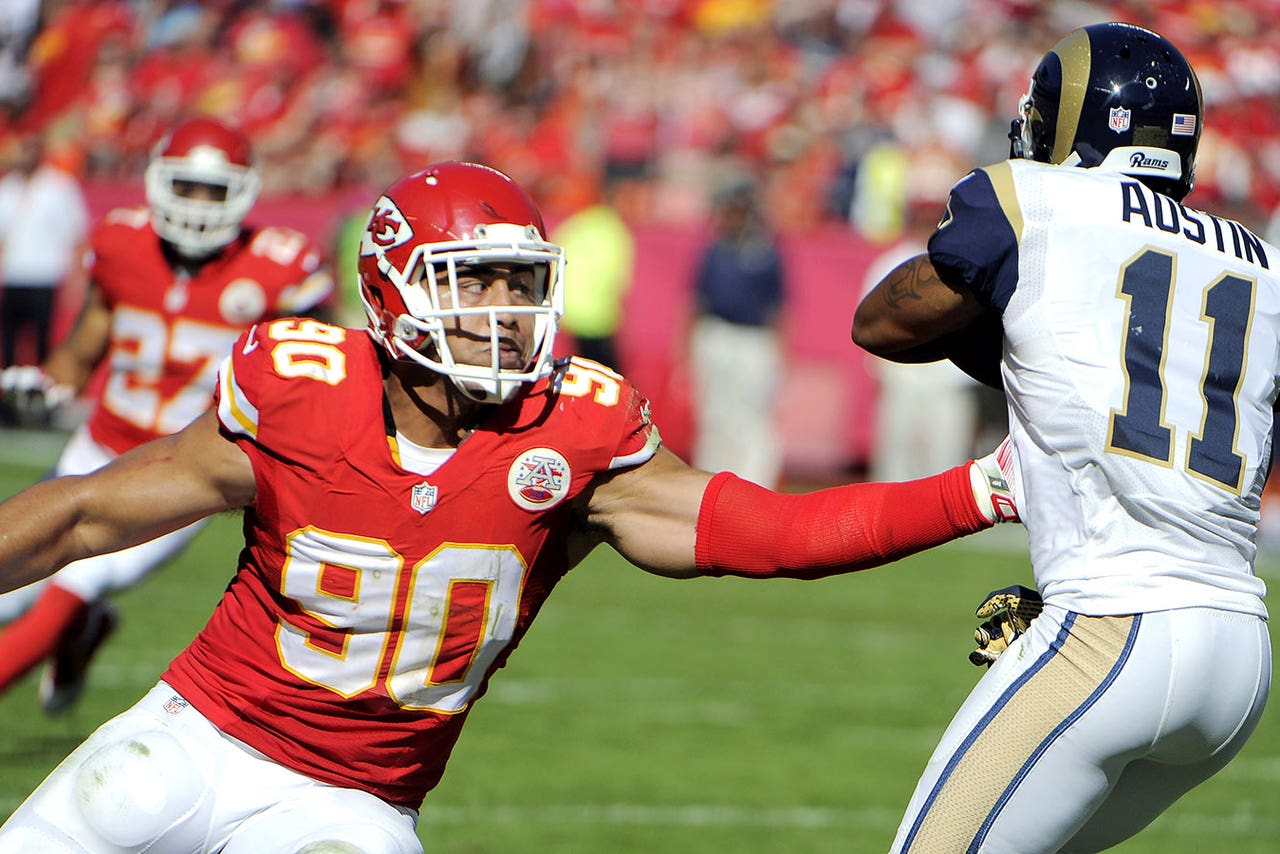 Three men ultimately turned Josh Mauga from a reserve linebacker to the starter he is today.

The first two, Bob Sutton and Mark DeLeone, first noticed Mauga with the New York Jets. Sutton was a linebackers coach, and his assistant, DeLeone, coached Mauga up.

“He (had) knowledge of the system,” remembered Sutton, who told the team's official website he insisted on Mauga when he took over in K.C. as defensive coordinator. “He has played both inside positions. He has played both sub positions. At New York, he actually played games as an outside linebacker.”

DeLeone agreed. And so did general manager John Dorsey, who brought the linebacker in for a reserve role and special teams duty.

That all changed when the third man, Chris Ault, came to Mauga's aid. Ault coached Mauga at Nevada where he perfected the pistol offense. He knew the linebacker could defend it in practice, so he vouched for his athleticism.

When Joe Mays and Derrick Johnson were injured last season, Mauga cashed in on more good fortune. In a starting role, he tallied 100 tackles and proved all three of his supporters right.

He'll be asked to do even more this year. It shouldn't be tough; give Mauga an inch, and he'll take a mile.

“Things have worked out even better than what I expected," he told the team website, "and I’m very grateful for that.”

Herd Hierarchy: Week 7
Another week, another new No. 1 team in Colin Cowherd's 'Herd Hierarchy.' Find out who's in front heading into Week 7.
2 days ago

It's Time To Trust The Rams Again
As he lines up the four best bets for Week 6, Geoff Schwartz explains why the Rams might be better than many think.
5 days ago
those were the latest stories
Want to see more?
View All Stories
Fox Sports™ and © 2020 Fox Media LLC and Fox Sports Interactive Media, LLC. All rights reserved. Use of this website (including any and all parts and components) constitutes your acceptance of these Terms of Use and Updated Privacy Policy. Advertising Choices. Do Not Sell my Personal Info