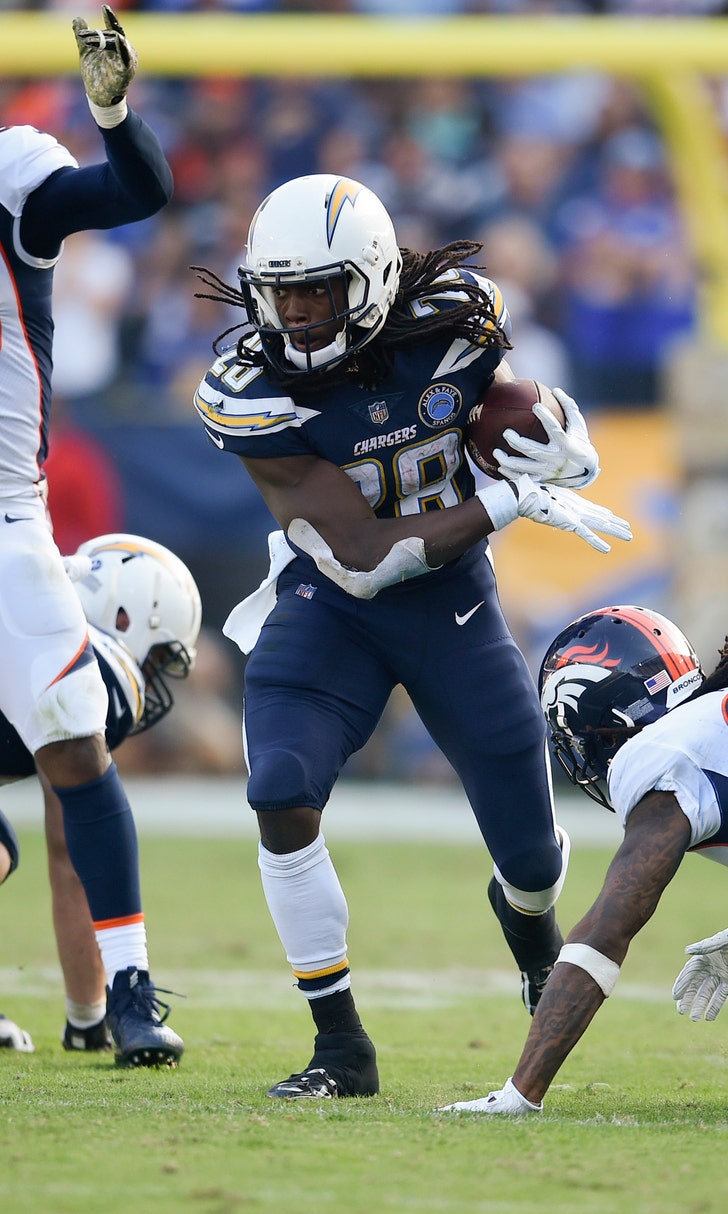 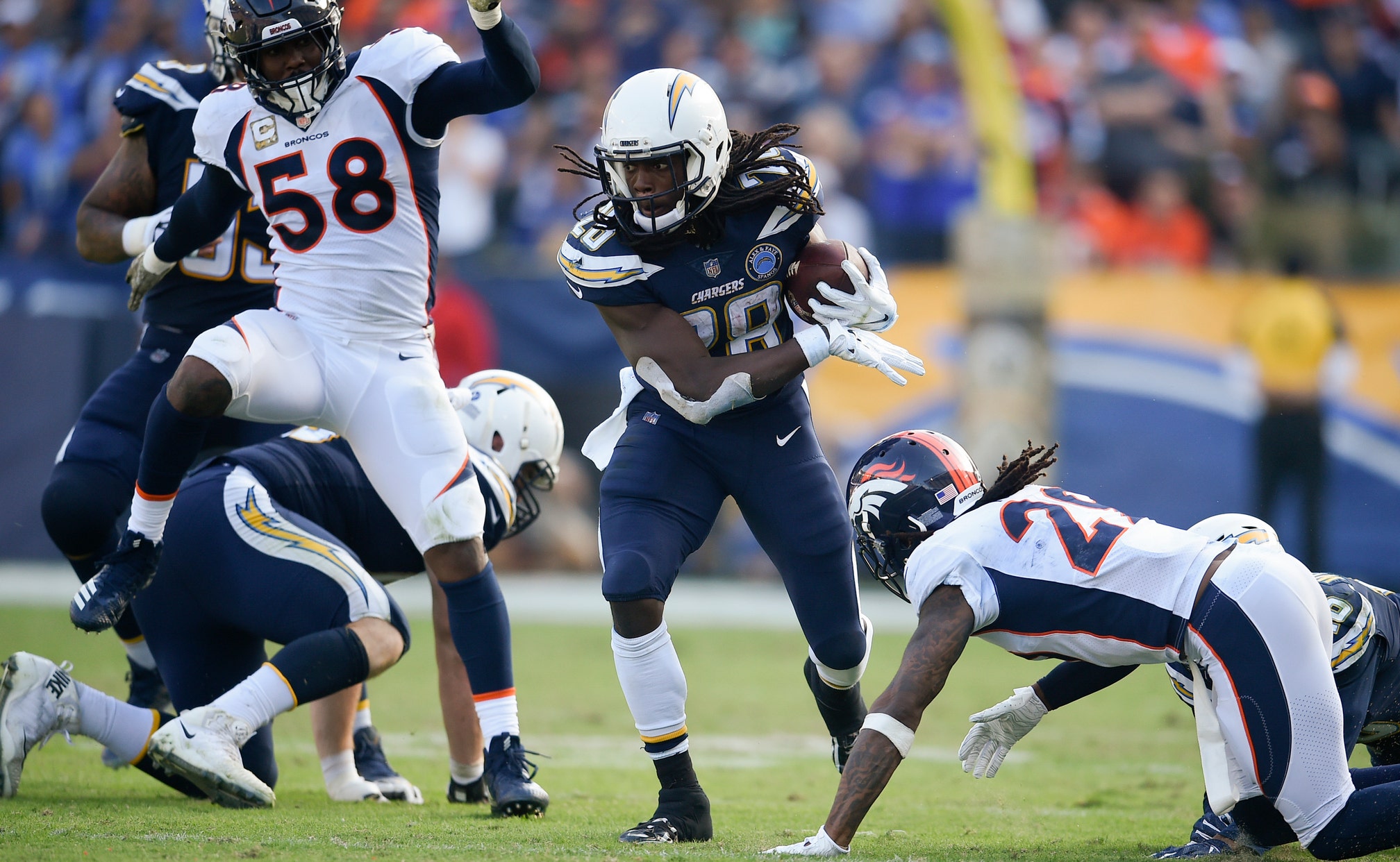 COSTA MESA, Calif. (AP) — Melvin Gordon's holdout with the Los Angeles Chargers will not end with a new contract.

General manager Tom Telesco said during a conference call on Sunday that the team has informed Gordon's agents that they have suspended contract talks until after the season. The Pro Bowl running back is on the did not report list after missing training camp and the preseason.

The Chargers — considered one of the contenders in the AFC to reach the Super Bowl — host Indianapolis in the Sept. 8 season opener.

"We have to get focused on the season and our next opponent," Telesco said. "So when or if Melvin reports, he'll play this season on his current contract, and we'll just revisit it after the season."

Gordon would make $5.6 million on the fifth-year option of his rookie contract. He is seeking an extension in the neighborhood of Todd Gurley, David Johnson and Le'Veon Bell, who average between $13 and $14.4 million per season. The Chargers have offered a contract that would average around $10 million per year, but the sides have remained at an impasse.

But Gordon also has something in common with the other three running backs — injury issues. He missed four games late last season due to a knee injury and struggled after coming back, averaging 2.9 yards per carry compared to 5.2 yards pre injury.

Los Angeles will go into the season with Austin Ekeler and Justin Jackson as its running backs. Ekeler, who is going into his third season, has been a good change-of-pace back when paired with Gordon but has struggled when he has been the starter. Ekeler is averaging 5.3 yards per carry in regular-season games, but that falls to 3.3 in the three games where he was a starter last season when Gordon was injured.

Jackson came on late last season as a rookie with three games over 50 yards. He started Week 15 at Kansas City and had 58 yards on 16 carries.

Telesco expressed confidence in Ekeler as an every-down back, but also thinks Jackson will get his share of carries.

"I think the day and age of having to have one running back to carry it 300 times is probably not the smartest thing in the world anyways," he said. "Even if you have a big bellcow back, you'd like to have another back to come in and spell them."

Running back isn't the only area where the Chargers have concerns. Offensive tackle Russell Okung will miss at least the first six games due to blood clots. Trent Scott, a second-year player, will be the starting left tackle and was inconsistent during the preseason.

Safety Derwin James was placed on injured reserve Sunday after suffering a stress fracture in his left foot on Aug. 15. James had surgery on Aug. 22 and isn't expected to return until late November. Safety Jaylen Watkins was re-signed after originally being released during Saturday's final round of roster cuts.

"Every season has obstacles and it is our job to find ways around them and play through that," Telesco said. "We're going to be just fine. We are very focused right now and ready to go."