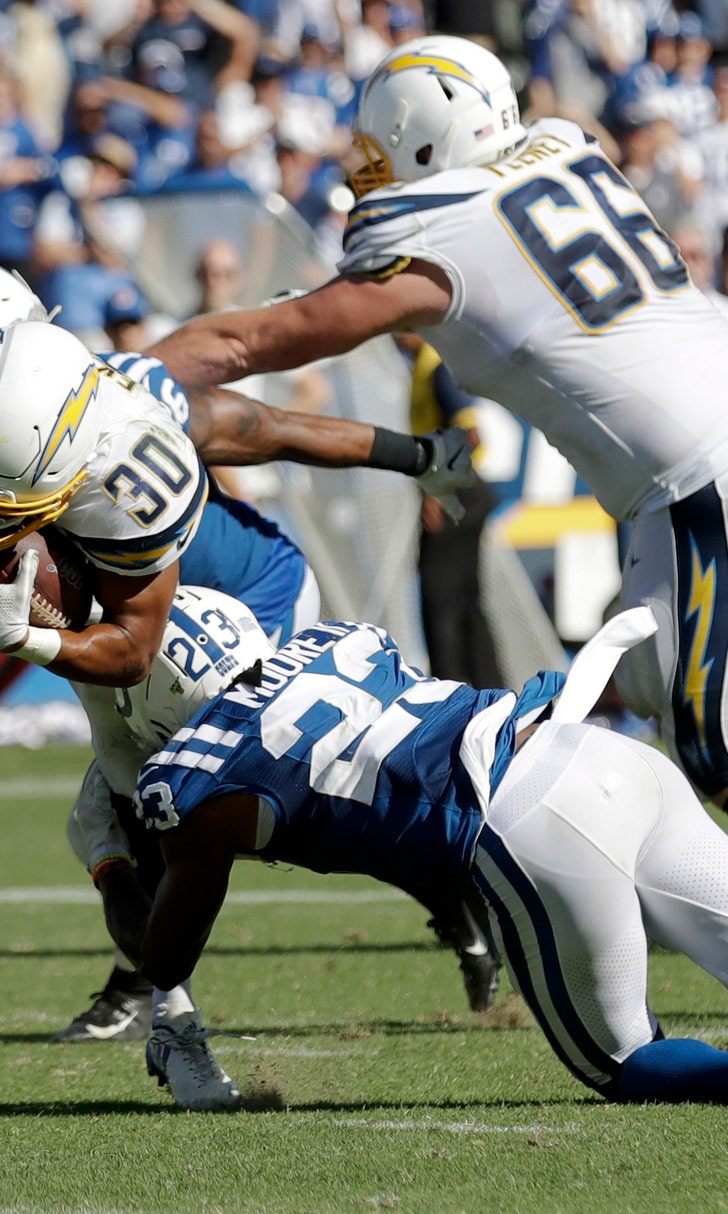 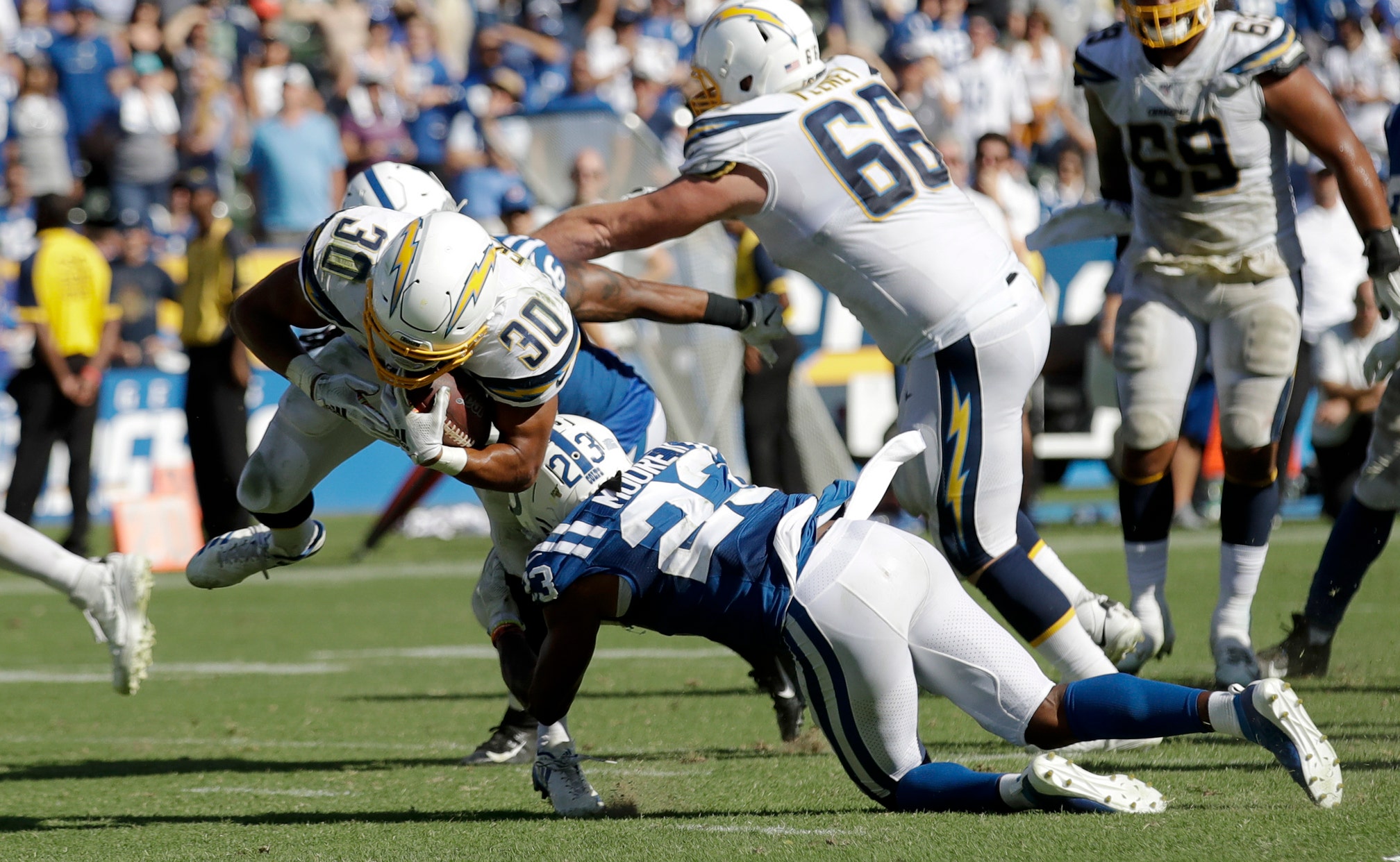 previous story
Syracuse has to regroup fast; No. 1 Clemson coming to town
next story
Dolphins try to regroup from rout _ bring on the Patriots

COSTA MESA, Calif. (AP) — It might be time for Melvin Gordon to seriously reconsider his absence from the Los Angeles Chargers.

Gordon has held out since the beginning of training camp in hopes of getting a contract extension. The fifth-year running back — along with those who watched Sunday's 30-24 overtime victory over the Indianapolis Colts — saw an offense just as effective and balanced as it was last season.

The Chargers averaged 6.0 yards per carry in the running game. Austin Ekeler scored three touchdowns and had a career-best 154 yards from scrimmage, while Justin Jackson rushed for 57 yards. With the success of the run game and the balance of the offense, it looked the same as last year except for Gordon not being there.

"When we are balanced, there is no question that is when we play our best," said Philip Rivers, who passed for 333 yards and three touchdowns. "We can dink-and-dunk it, we can line up in two tights and pound it, we can use the hard run-action and get big chunks like we did to Hunter (Henry) and Keenan (Allen)."

Ekeler and left tackle Scott as a duo. Ekeler has transitioned into the lead role and became the first non-drafted player to have over 150 scrimmage yards, two receiving and a rushing TD in the same game in 43 years. The Chargers had 10 carries over 10 yards as the offensive line did an effective job opening holes.

Rivers said most of the success on the ground came off a base running play, which allowed the line to open large holes up the middle.

The much-maligned line also a good job of giving Rivers time in the pocket for most of the game. Scott was solid for the most part in his first start.

The Chargers were ninth against the run and allowed only two 100-yard rushers last season. Indianapolis' Marlon Mack shredded Los Angeles for 174 yards, including a 63-yard touchdown during the third quarter.

That is the most yards a running back has gained against the Chargers since Adrian Peterson set an NFL record with 296 for the Minnesota Vikings in 2007. The Chargers allowed 203 yards to the Colts, the second most since Lynn took over in 2017.

"That's an area where we have gotten better the past couple seasons, but we took a step back yesterday," Lynn said. "Anytime a team runs the football that many times for that many yards it is a physical thing and we have to get better."

Ty Long punted, kicked an extra point and made a field goal in his first NFL game. He is the first player to do that in his debut since Olindo Mare with Miami in 1997. Long did double duty the past two years with the BC Lions of the Canadian Football League, but it is not often done in the NFL.

"I'll be brutally honest with you. It felt exactly like a CFL game. The speed felt the same, everything," Long said.

Cornerback and punt returner Desmond King, who muffed a punt late in the third quarter. The Colts took over at the Chargers 27 but could not convert the turnover into points when Adam Vinatieri was wide left from 29 yards.

King averaged 9.2 yards on punt returns last year and ran one back 73 yards for a touchdown in a Week 13 victory over Pittsburgh. But he has three fumbles with two lost over the past six games, including the playoffs.

"He has to make that correction," Lynn said. "I know he is trying to make a play, but sometimes you have to fair catch and just take the ball where they punt it."

CB Michael Davis is expected to miss at least a couple weeks with a hamstring injury. That leaves the Chargers with only three healthy cornerbacks and would necessitate a roster move. ... K Michael Badgley, who injured his groin during last Friday's practice, is questionable for Sunday's game at Detroit.