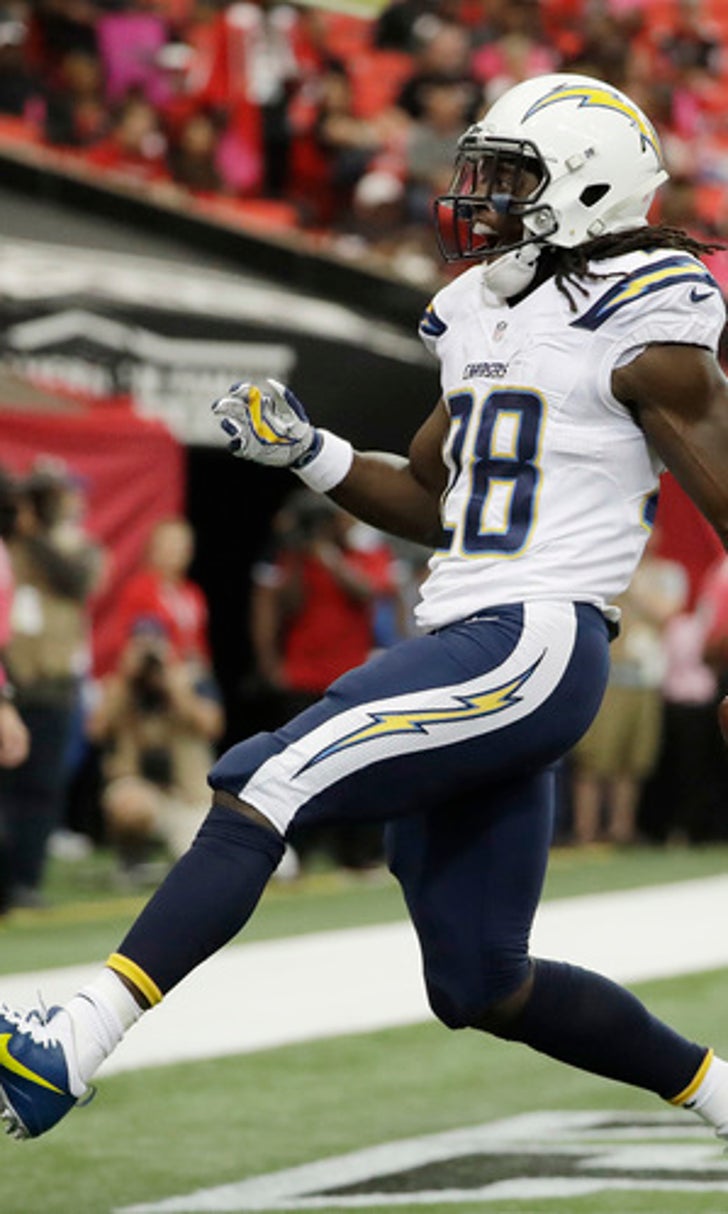 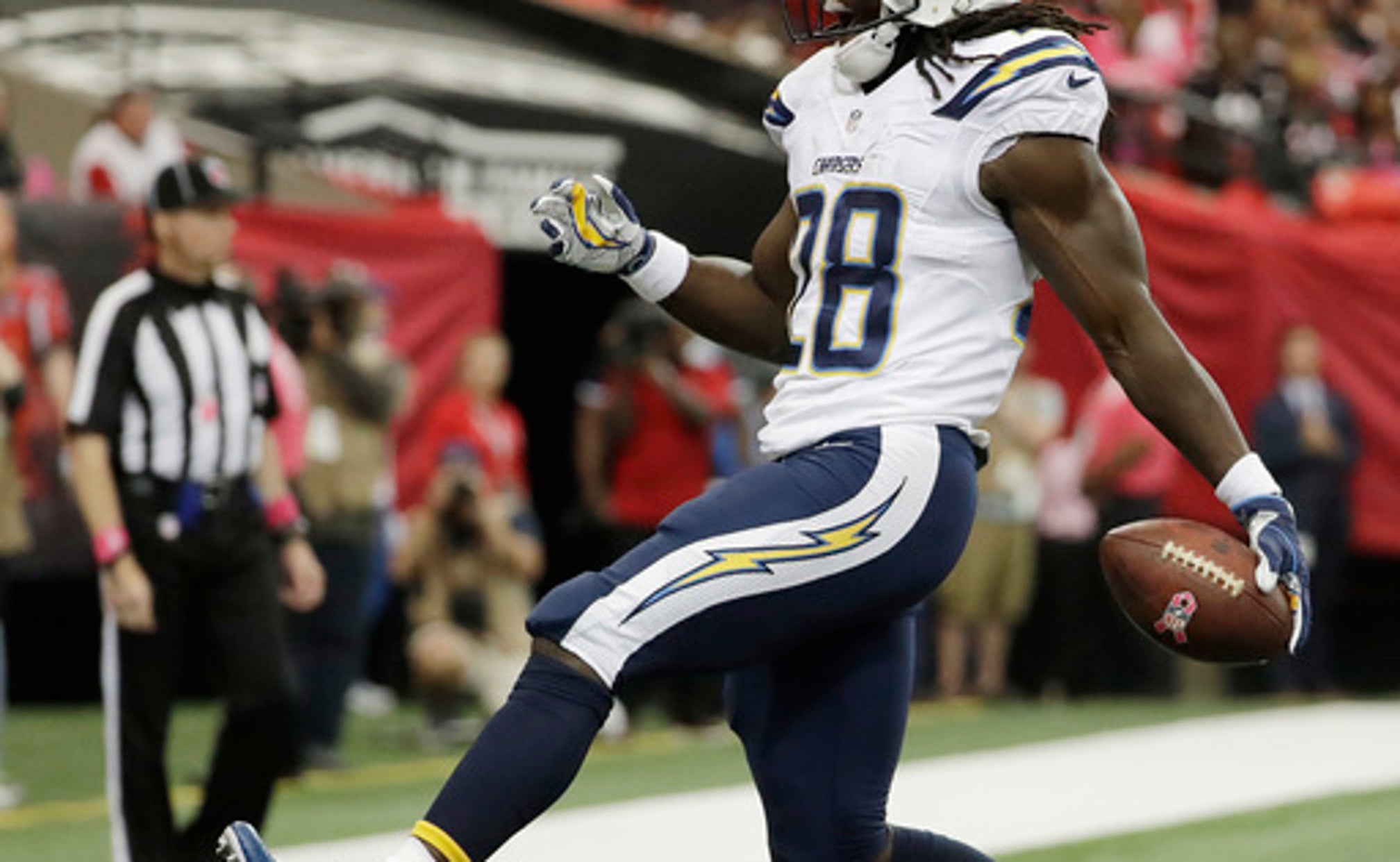 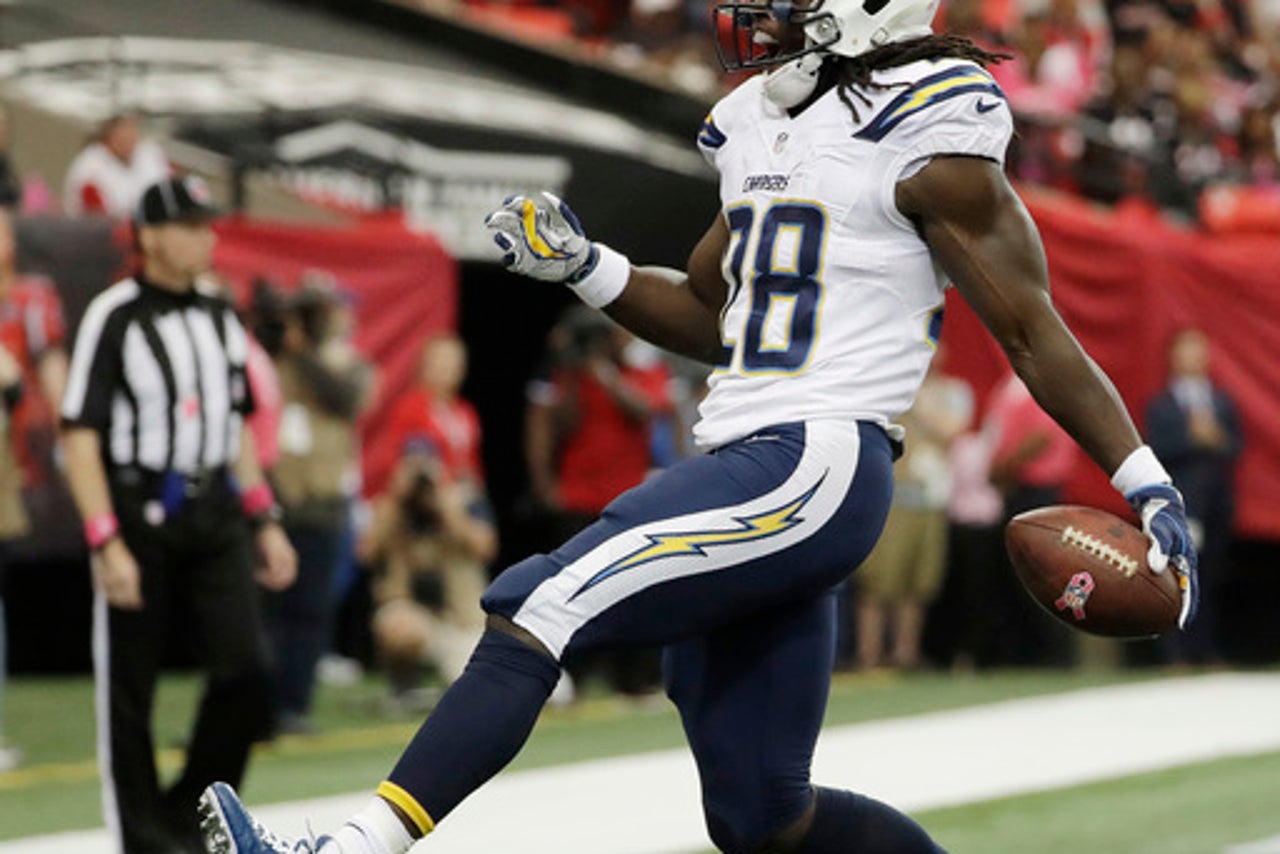 ATLANTA (AP) Josh Lambo's 42-yard field goal in overtime gave San Diego its first road win of the year as the Chargers rallied from a 17-point deficit to beat the Atlanta Falcons 33-30 on Sunday.

Perryman's fourth-and-1 stop on running back Devonta Freeman gave San Diego the ball at Atlanta's 43 for the Chargers' winning drive. Perryman grabbed Freeman's feet behind the line for the key tackle on the Falcons' gamble.

Melvin Gordon ran for 68 yards and two touchdowns and added a 5-yard scoring catch early in the fourth quarter, cutting Atlanta's lead to 30-27.

Atlanta's Matt Bryant missed his attempt for a 58-yard field goal on the final play of regulation. The Falcons (4-3) have lost two straight.

Jones had nine catches for 174 yards.

PROTEST: Five San Diego players raised their clenched right fists as their protest during the national anthem. Standing together on the San Diego sideline, offensive linemen D.J. Fluker, Chris Hairston and Joe Barksdale and linebacker Joshua Perry held up their fists as they stood. Offensive tackle Tyreek Burwell, inactive and not in uniform, also raised his fist as part of the protest.

There were no demonstrations from Falcons players.

200 AGAIN: Ryan passed for 273 yards for his NFL-record 46th consecutive game with more than 200 yards passing. He threw a 17-yard scoring pass to tight end Jacob Tamme in the second quarter.

INJURIES: Chargers defensive tackle Caraun Reid was carted off with a left knee injury in the first quarter and did not return. Reid had a teammate fall on his leg on a Falcons completion to tight end Levine Toilolo.

Return to Form
Odell Beckham Jr. flashed glimpses of the old OBJ on Thursday night. Is the superstar wide receiver back like he never left?
15 hours ago

Compliments To The Chef
Russell Wilson cooked in Week 1, so much so that 'The Hoodie' couldn't help but extol him. Is this finally Wilson's MVP year?
19 hours ago