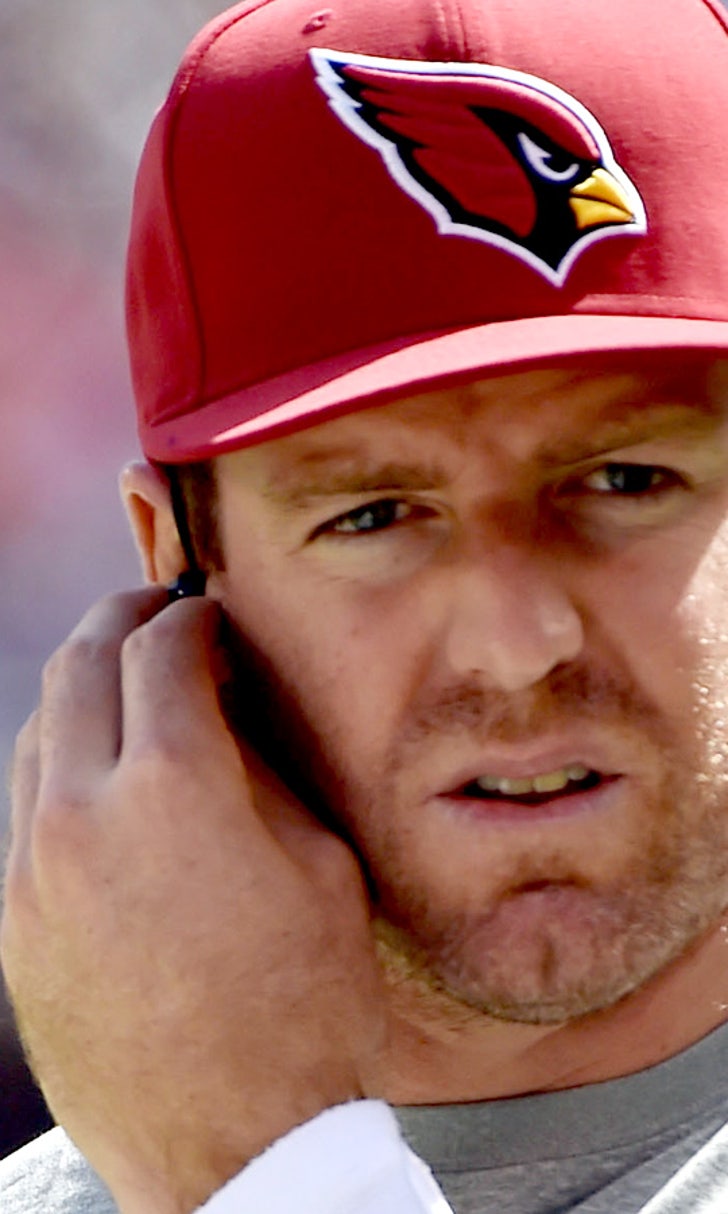 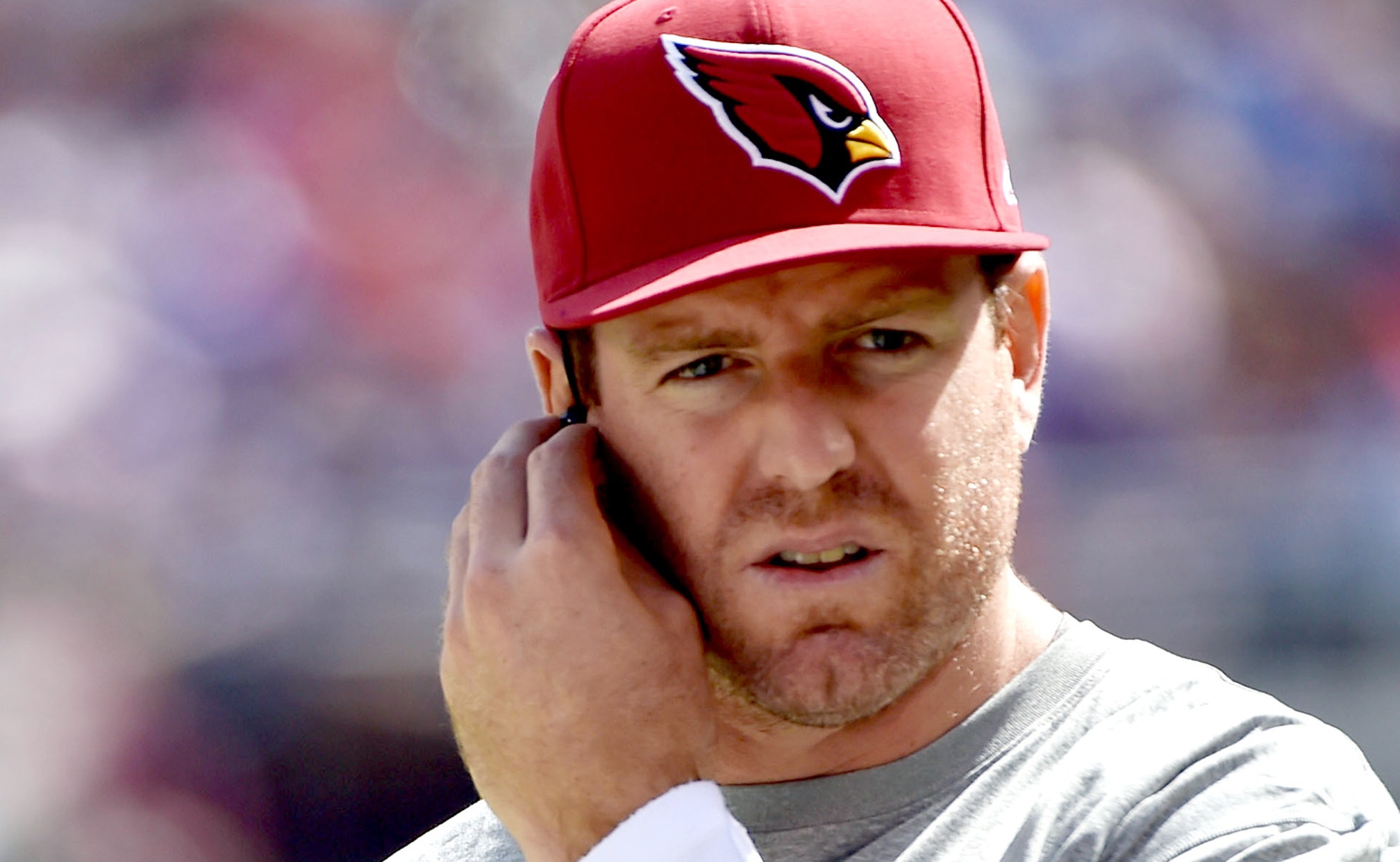 Cardinals' Palmer throws in practice, aims to play next week 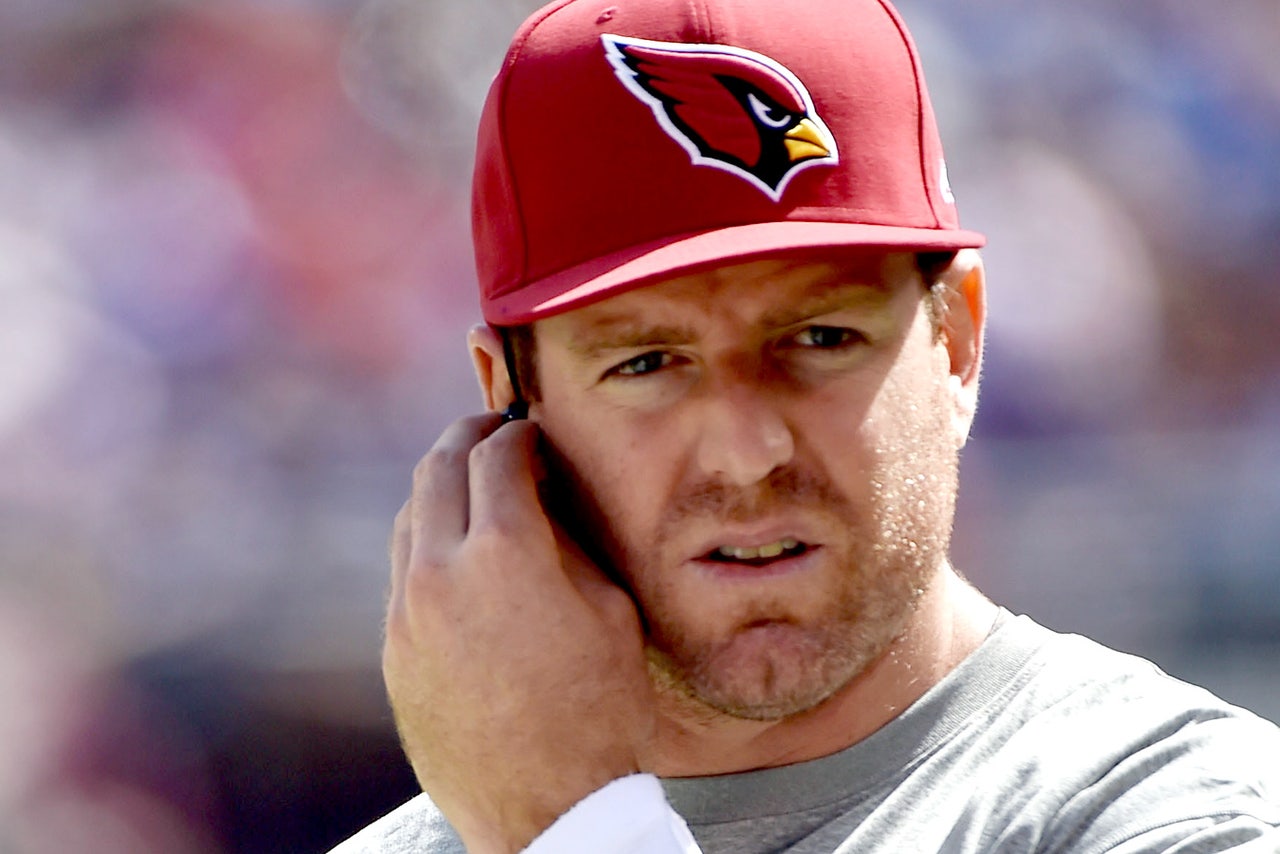 Carson Palmer finally was able to throw the football again, and the Arizona quarterback is aiming for a return next week when the Cardinals play the Broncos in Denver on Oct. 5.

''It looks like it's getting better and better,'' coach Bruce Arians said after Palmer threw in Wednesday's workout. ''He'll throw it as treatment throughout the weekend and have him back full speed Monday. That's our goal right now.''

Palmer had not been able to throw the ball since pinching a nerve in his throwing shoulder when he was slammed into the ground during Arizona's season-opening victory over San Diego.

He said that Monday morning he could feel the nerve begin to respond and he indicated he wants to be at full strength within a week.

''I didn't throw over 10 yards but it felt great,'' he said. ''It's a slow process. I'm going to throw a little bit more and a little bit more. The plan is to be firing on all cylinders at least by Wednesday of next week.''

Palmer had missed one game in the previous two seasons and was frustrated by waiting for the ''dead'' nerve to come alive again.

''I've gone through about every treatment you can go through,'' he said. ''More than anything, just prayer.''

It took a lot of patience by the veteran quarterback, who said he never had an injury of this type before.

''I've been told over and over again that this is something that just turns back on when the nerve is ready and the swelling's down around the nerve, and the nerve starts to fire,'' Palmer said.

''I was hoping it would be sooner rather than later, but our staff's been awesome. They were exactly right. They called it just like it happened.''

Drew Stanton has performed well in his first regular-season game action in four years. He did not throw an interception in either game, and had two third-quarter touchdown passes to rookie John Brown in Arizona's 23-14 victory over the 49ers.

''It's just another stepping stone for where I want to be,'' Stanton said. ''I want to be a starter in this league and the way you need to do that is by proving yourself on Sundays.''

Stanton's solid play is a big reason the Cardinals stand at 3-0 - one of just three unbeaten teams in the league and alone atop the NFC West in the young season.

Wide receiver Michael Floyd said the players are comfortable with both quarterbacks now.

''It's always a good feeling just to know you have chemistry with both your quarterbacks,'' he said, ''so whenever it does happen (an injury) during a game, you have confidence in both.''

Arians was so pleased with the practice that he cut it in half, then warned his players to behave over their long weekend. The Cardinals return to practice on Monday.

After the early season bye, Arizona has a game each week through Dec. 28.

Inside The Patriots' Shocking Decline
Something has changed in New England and it has done so with stunning rapidity, Martin Rogers writes.
4 mins ago

Playing Favorites In Week 8
A big-time NFC West clash leads Week 8, and Jason McIntyre's riding with the Seahawks in his parlays and teasers.
4 hours ago

MVP Watch: Brady Enters Fray
Russell Wilson has a firm lead in the MVP race, but a three-time winner with an unrivaled pedigree is creeping up the list.
6 hours ago

Newton's Flaw
After starting the season on a high, Cam Newton has come back down to earth ⁠– hard. Can he and the Pats salvage the season?
8 hours ago
those were the latest stories
Want to see more?
View All Stories
Fox Sports™ and © 2020 Fox Media LLC and Fox Sports Interactive Media, LLC. All rights reserved. Use of this website (including any and all parts and components) constitutes your acceptance of these Terms of Use and Updated Privacy Policy. Advertising Choices. Do Not Sell my Personal Info