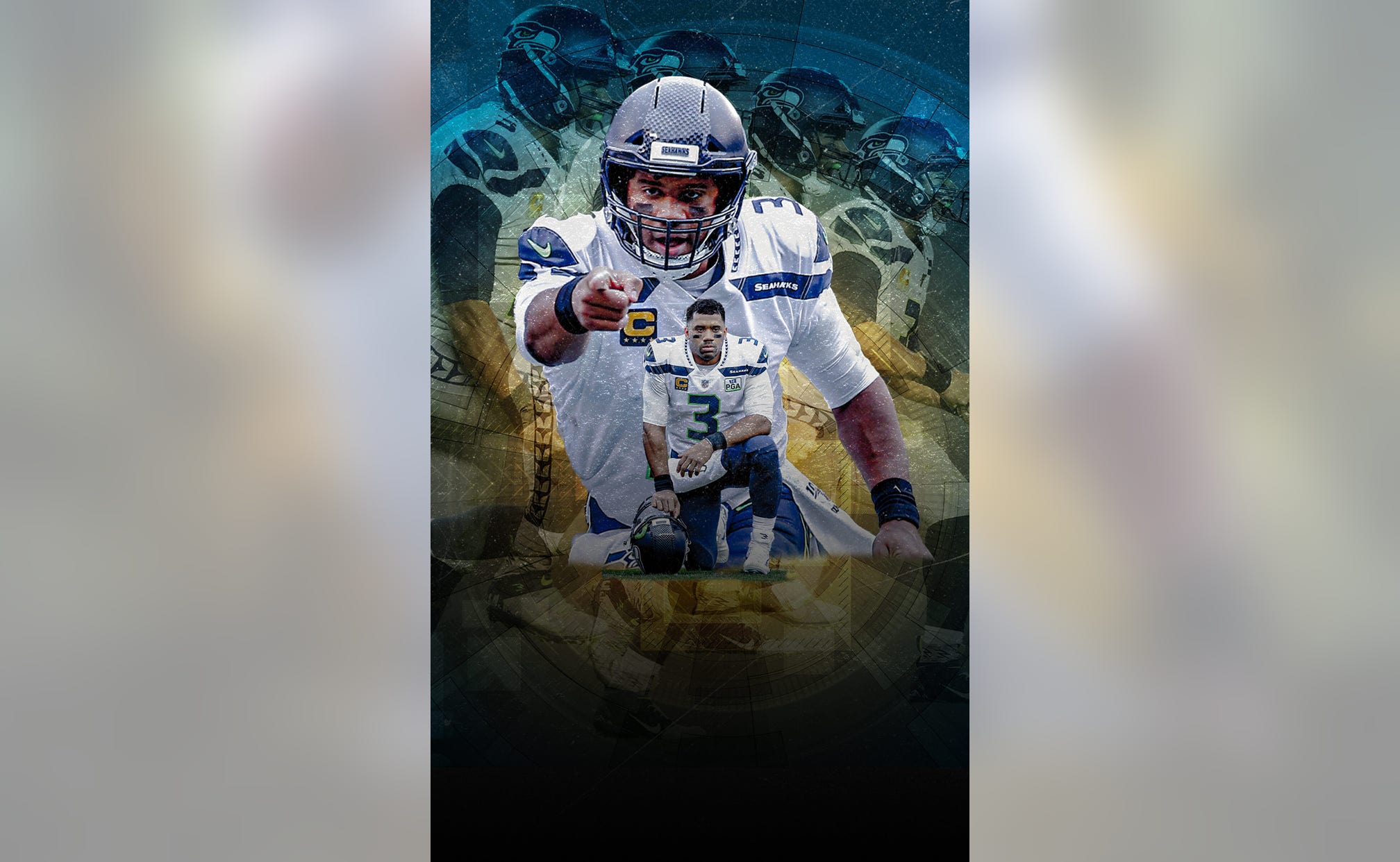 Kyle Shanahan knows the unwritten rules, but he is a football man and a quarterback connoisseur and he just couldn’t help himself.

Shanahan has been the head coach of the San Francisco 49ers for three years, more than long enough to fully appreciate how his team’s rivalry with the Seattle Seahawks is one of the NFL’s spikiest modern feuds.

Convention dictates that you’re not supposed to say anything too nice about the other party in the weeks leading up to the latest bout of divisional pugilism – or indeed, at any time – but when Shanahan was quizzed about Russell Wilson this week, that was all momentarily put aside.

“It gives you a huge advantage when the quarterback’s a threat to run,” Shanahan told reporters. “If you have to pick one way or the other, I always feel no matter who you are, eventually a team's going to make you sit in that pocket and make you make some big throws to win a game. Anyone who has both always has the chance to exceed everybody.

“Russell has always been the man.”

Kind of. Wilson has been under center for the Seahawks since 2012 and made an impact immediately upon entering the NFL, winning a Super Bowl in his second season.

Yet he has never been categorically “the man” more than he is now - because now he absolutely has to be. At 31, the Seahawks' QB finds himself in an odd spot. He is the anchor, figurehead, veteran leader and backbone of a group that has the best record in the NFC West but which, many would argue, is not a well-positioned team to make a Super Bowl run.

The unkindest, yet truest thing you can say about the Seahawks is that they are “Russell Wilson and friends,” finding ways to win despite being remarkably lopsided.

Heading into Sunday’s clash with San Francisco (4:25 p.m. ET on FOX), Wilson is getting well-deserved kudos for his play this year, but there have been plenty of times when he’s failed to receive the credit he was due. Consider this: even during the team’s triumphant Super Bowl run and their narrow miss thanks to Malcolm Butler’s goal-line interception a year later, Wilson did not receive a single MVP vote.

In fact, he never has. Not one. Go look it up. In the past eight years, 19 men have received votes, including names you would typically expect to see, but also Dak Prescott, Ezekiel Elliott, Derek Carr, Carson Palmer and Bobby Wagner (2014), who remains part of the Seattle defense.

Ah yes, the Seahawks defense. If you’ve been in football hibernation for the past couple of years, you could be forgiven for wondering what the heck is going on right now with that unit. For Seattle, once purveyors of Legion of Boom brutality and lockdown mastery, now have the worst defense in the entire NFL.

They have been, truthfully, really, really bad. Ahead of last Sunday’s defeat to the Arizona Cardinals, during which they blew Wilson-forged leads of 13 and 10 points while giving up 519 yards, they were already at the bottom of the charts in both total yards and passing yards allowed.

“We saw one little flawed game in Russell Wilson and they lose,” FS1’s Kevin Wildes said on First Things First, highlighting Wilson’s first significant blip of the campaign, the three picks he threw as the Cardinals prevailed 37-34 in overtime. “This team is Fool’s Gold. They are half a team.”

Yet the quirky part about it is that the ineptitude of Seattle on the defensive side of the ball has allowed Wilson to be far more greatly appreciated. Week after week, he has bailed them out. He has racked up incredible numbers and he has had to. Head coach Pete Carroll has always turned it over to him late in games but “fourth quarter Russ” has become “all four quarters Russ” as of late.

“Let’s be clear here,” FOX Sports' Brandon Marshall said. “This is all Russell Wilson. The cool thing is what we are seeing is who he is, this is how he plays. He’s not playing lights out, he’s just getting better year after year. You are not going to see a drop off. This last game is just a one-time thing, those three interceptions. This is his game.”

The public’s mind is essentially made up on Wilson. He is a great player in the middle of perhaps the greatest part of his career, that sweet spot where he has a wealth of experience and an abundance of mental sharpness to call upon, yet is still near his physical peak.

Don’t worry about Wilson not getting MVP votes this year. He is an overwhelming favorite, listed at +100 odds, per FOX Bet.

But the jury is still out on the Seahawks, and thus Sunday’s game against the 49ers becomes a referendum on the team’s seasonal prospects.

It is an important rivalry, one of the most enjoyable in the league. You can look back all the way to Terrell Owens busting out the sharpie after the teams were realigned into the same division in 2002. Then there was Richard Sherman getting in Michael Crabtree’s face after the NFC Championship game in early 2014.

Or, you can simply look at the box scores from last year’s games between these two NFC powerhouse clubs, where their two matchups were decided by a combined eight points. In fact, the second meeting in 2019, which just so happened to be the final game of the regular season, ended with the 49ers stopping the Seahawks on the 1-yard line as time expired.

Look up footage of the simmering face-to-face postgame chats between Pete Carroll and Jim Harbaugh and you have some idea about how these two organizations feel about each other. Either way, you know the chances of a game with ferocity, drama, tension and a tight scoreline are strong.

It might also be a crossroads moment. San Francisco suffered a miserable, injury-riddled start but have turned things around and were dominant in crushing the New England Patriots last week. A 49ers win here and the NFC West race will be the most wide open of any in the league.

For Wilson, experiencing the best personal year of his career must be fun but the knowledge that his dreams could be crushed by glaring holes on the other side of the ball - that he can do nothing to influence - surely nags at his mind.

And for Seahawks fans, the ongoing concern is that if he is constantly asked to do too much, then the lapses may creep in, like last week. Wilson took the blame for those.

“The (interceptions) were my fault,” he said. “There is so much we can do and we have so much confidence – that confidence is not going to waver. I have to be better …”

It is hard to see how he can be much better, not after a record-setting 22 touchdowns in six games, which include 1,890 yards through the air and a QB rating of 119.5. Yet the reality is that unless Seattle can stop leaking so drastically on defense, he is probably right.