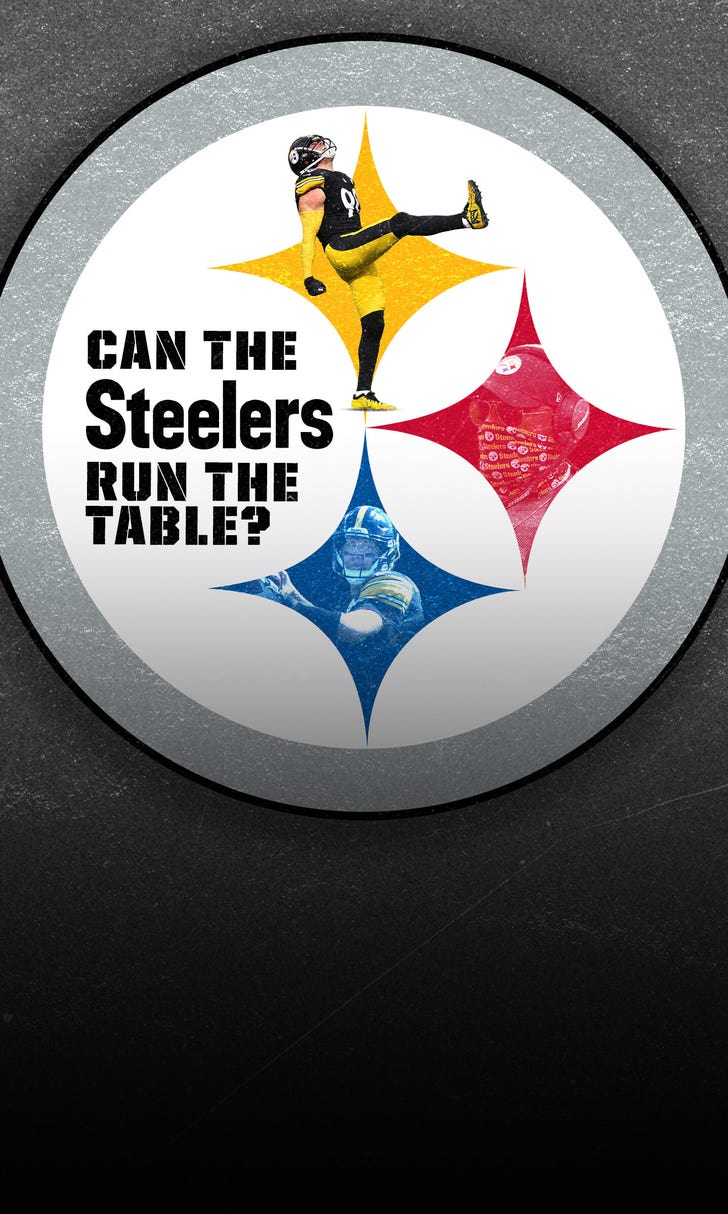 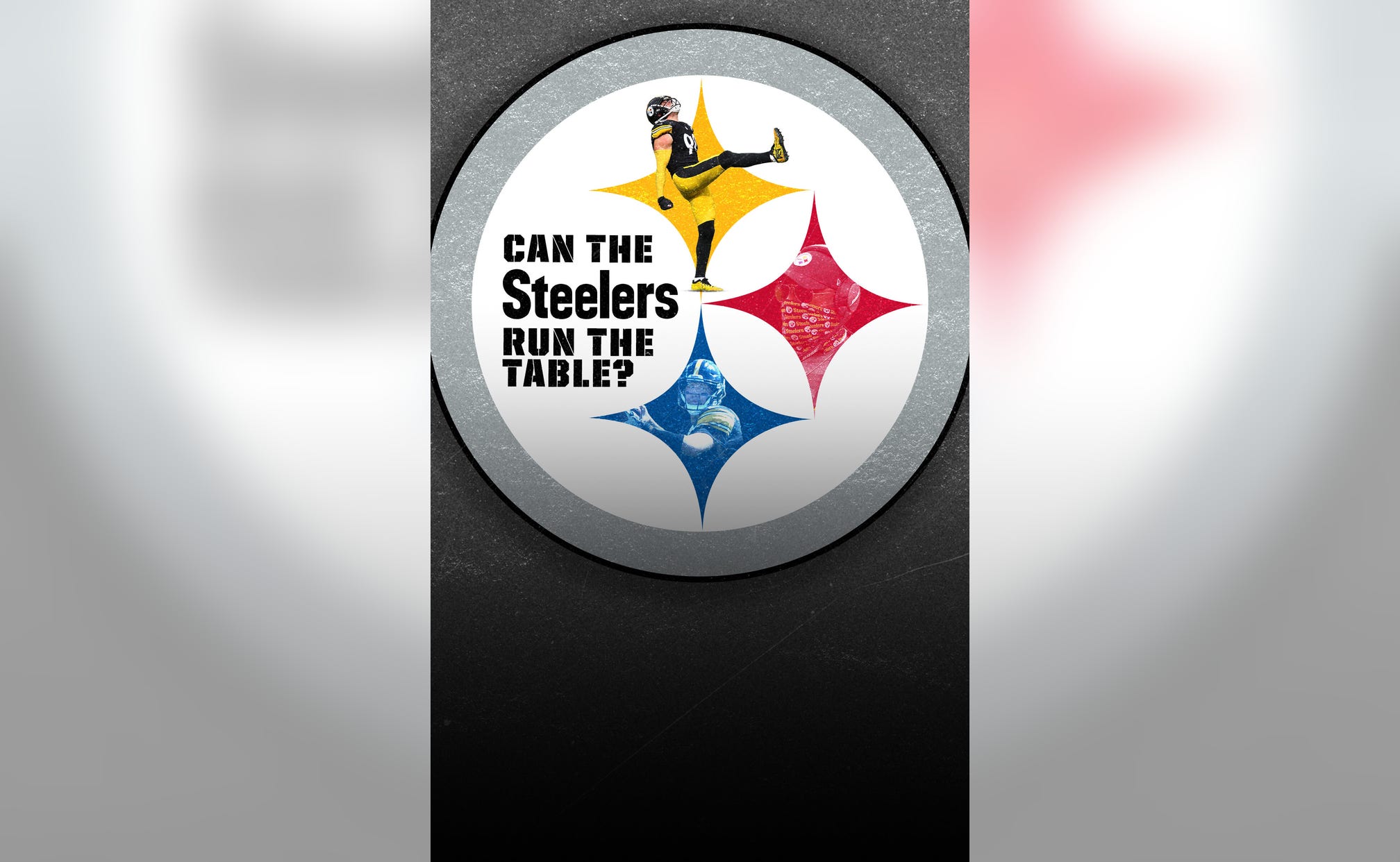 Can The Steelers Run The Table?

Let’s be clear, this is the floating of an idea and not a chest-thumping prediction, based off the logic that every prediction of a perfect regular season that there has ever been was wrong, unless it was made in 1934, 1942, 1972 or 2007.

Yet after getting past the Baltimore Ravens on Sunday, the quietest juggernaut in the National Football League has some serious steam behind it and a scheduling path ahead that is deliciously rosy.

While our focus has been dragged in all kinds of different directions, the Steelers have just been getting on with the business of winning games, moving to 7-0 behind what is starting to look like the most complete and balanced unit in football.

Why are they not getting more attention? Probably because there has been so much talk focused elsewhere. There is a soap opera going on in New England, the Tom Brady Show is taking place in Tampa Bay, and as for the Dallas Cowboys, well, there is enough material there for a 24/7 reality show that never ceases to amaze.

Simply racking up victories and doing it from a platform of uncompromising defensive play doesn’t automatically make for headline fodder. That could, and should change over the next few weeks, for that’s what happens when undefeated seasons stretch long enough to make the impossible mark of perfection seem somewhat more feasible.

This thing is going to pick up steam. For while 7-0 gets the nods of approval, 10-0 is a different story altogether. So let’s take a look at what is standing in the way of the Steelers getting into double digits without a blemish.

Next weekend, Pittsburgh faces the Dallas Cowboys, who never cease to amaze by finding imaginative new ways to lose games.

After that, it’s the Cincinnati Bengals. Then the Jacksonville Jaguars, bad enough to be keeping themselves on the shoulder of the New York Jets in the Trevor Lawrence sweepstakes.

Indeed, five of the Steelers’ remaining nine games come against teams that, even with the kindest assessment, are in the bottom quarter of the league, with a combined record of 9-26-2. The main other obstacles are a Ravens rematch, which falls on Thanksgiving day, and matchups against the solid Buffalo Bills and Indianapolis Colts in the closing weeks.

Are you a believer yet? Probably not in 16-0, given the weight of history that lends against it, but what about the Steelers as one of the genuine, front-running Super Bowl favorites? FOX Bet believes in them, currently listing Mike Tomlin’s team at 5.5-to-1 odds to hoist the Lombardi Trophy, trailing only the Kansas City Chiefs, who sit at 3.5-to-1 odds.

Fox Sports’ Nick Wright believes in the Steelers as well ... kind of.

“They are the second-best team in the NFL,” Wright said on Monday. “They have a great defense, they have a great Hall of Fame coach (Mike Tomlin) who might finally be getting his due and they have an offense that is good enough. There is no team, including the Chiefs, that should play the Steelers and feel good about it.”

The Steelers haven’t been talked about enough, and they don’t seem to mind the lack of attention. It might be that they are not quite at the same level as the Chiefs, but they don’t have to play them. And, in a year where the No. 1 seed is more important than ever, with the promise of the only first round bye, regular season efficacy is worth its weight in January rest.

Ben Roethlisberger described the Ravens win as “not always pretty” and he was right, but it also might have been their most impressive victory of the campaign. Ultimately, the Steelers defense solved the puzzle of Lamar Jackson and beat a team coming off its bye week due to the reworked schedule.

Roethlisberger was out injured last season and his calm head and experience down the stretch should not be underestimated. In a ferocious game that swung to-and-fro and featured an attention-grabbing fight, he got things done when it counted.

Okay, so now for the conflicting evidence against Pittsburgh’s chances of keeping things rolling. The team fell apart down the stretch each of the past two years, with some truly awful stuff mixed in. No Steelers campaign seems complete without one true head-scratcher.

And the run to seven victories has not been without incident, needing a Tennessee Titans missed field goal to avoid overtime in Week 7 and being outplayed in stretches by the Ravens.

So maybe it all falls apart and by the end of the season the mere concept that 16-0 was considered is dismissed as foolishness. Statistically speaking, even though the Steelers will likely be the favorite each week between now and late December, the odds of them winning all of them are astronomically high (+1200, per FOX Bet).

Yet in a year where the only factor you can accurately predict is that there will be unpredictability, the Steelers, right now, are the nearest thing … to a sure thing.

Green Bay Pummels Chicago on SNF
The Packers routed the rival Bears in Week 12's finale, putting on a clinic on both sides of the ball.
10 hours ago

Mahomes, Hill Torch Tampa Bay
Also, Denver has a nightmarish day at quarterback, and the Niners sweep the Rams for the second straight season.
14 hours ago