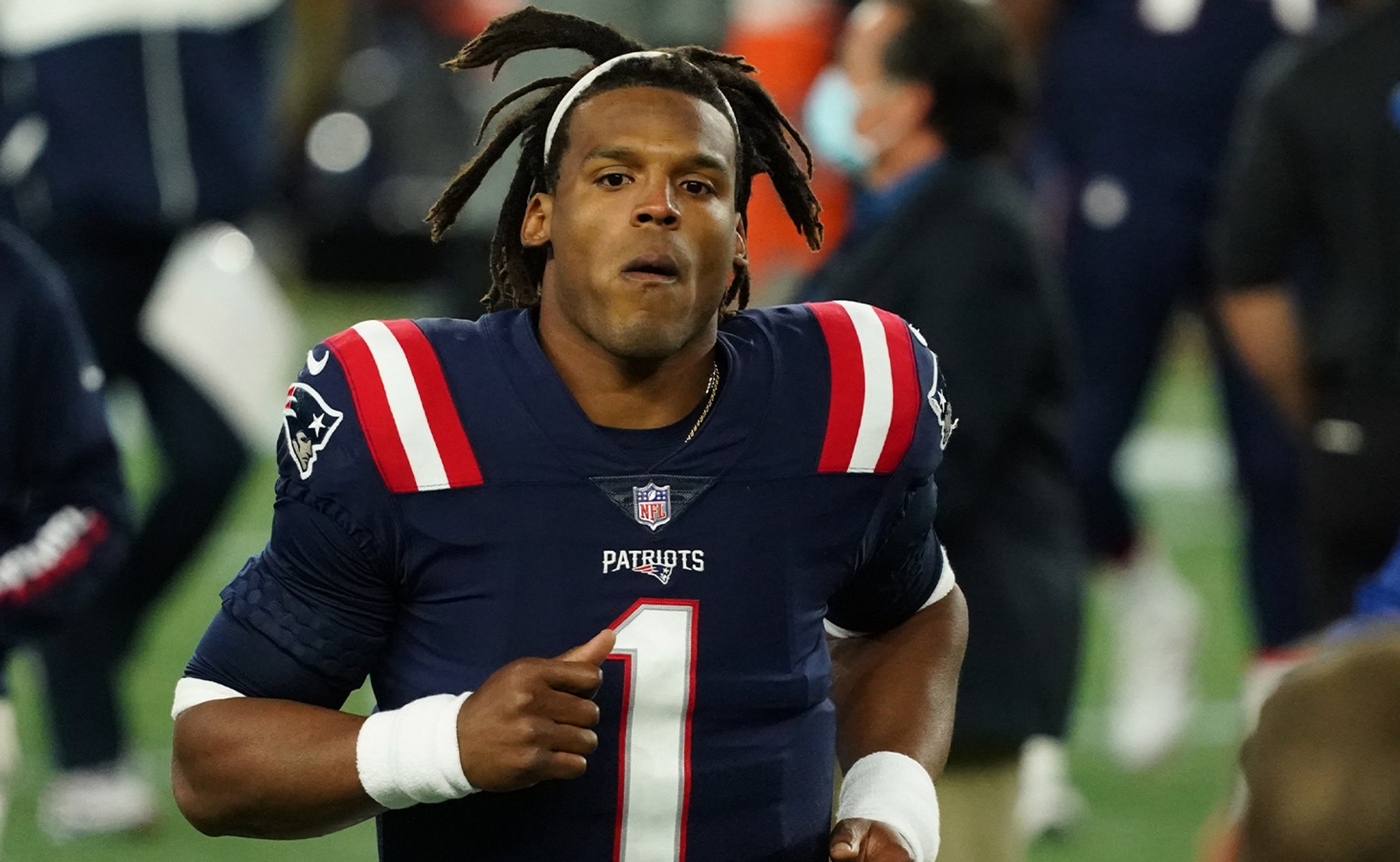 The phrase "What goes up must come down" often is attributed to Sir Isaac Newton – but it might be most applicable to another Newton as of this week.

After a flying start saw him rack up five total touchdowns and 674 total yards in the first two weeks with his new team, New England Patriots quarterback Cam Newton has regressed in a big way since.

He posted so-so numbers in Week 3, but following a stint on the COVID-19/reserve list and New England's bye week, Newton has fallen flat.

In a pair of losses to the Denver Broncos and San Francisco 49ers, the 31-year-old quarterback has zero passing touchdowns and five interceptions.

In those games, he's averaging 13 completions on 20 attempts and a paltry 127.5 yards through the air, though he's still proven to be a threat on the ground, posting an average of 47.5 yards rushing in Weeks 6 and 7.

The struggles for the former NFL MVP nicknamed "Superman" came to a head when he found himself benched in the fourth quarter of Sunday's 33-6 blowout loss to the San Francisco.

So, is the season salvageable for Cam and the Pats?

Marcellus Wiley warns Patriots fans that they might need to get used to seeing results similar to Sunday's loss.

"Second, third, fourth quarter of the season? You're going to start to see the Pats kind of look more like this."

NFL Network's Nate Burleson offered similar thoughts, citing a lack of consistency from the Patriots as a whole.

"Before the weekend started, I said it seems like they're all at a party listening to their own music with headphones on, and they're just dancing. Nobody is on the same page. None of these wide receivers, tight ends or even running backs ... have consistency."

Meanwhile, ESPN's Stephen A. Smith says it's an alarming time in New England, for the franchise as a whole, as well as its quarterback.

"I think it's panic time. I don't think there's any question about that when you consider what we're witnessing going on in the AFC ... I feel sorry for the Patriots. I'm worried about Cam."

As it stands, Newton and the Pats are 2-4, third in the AFC East, and tied for the fourth-worst winning percentage in the AFC. And it certainly doesn't help that Tom Brady is enjoying an invigorating start to life with the Tampa Bay Buccaneers.

To Newton's credit, he's unwilling to take the easy way out of this rough patch, pointing the finger directly at himself and not using his brush with COVID as an excuse for his poor play.

As for the benching, it seems Bill Belichick's message ⁠— intentional or otherwise ⁠— was received.

Belichick told reporters he wanted to give backup Jarrett Stidham some game action, but Newton took it as a way to challenge himself going forward.

Still, Belichick reiterated on Monday that Newton is the starter.

Will Newton be able to bounce back and get the Patriots back in the win column? He'll face a stern test, as the Pats will visit the Bills on Sunday as four-point underdogs, per FOX Bet's insights.