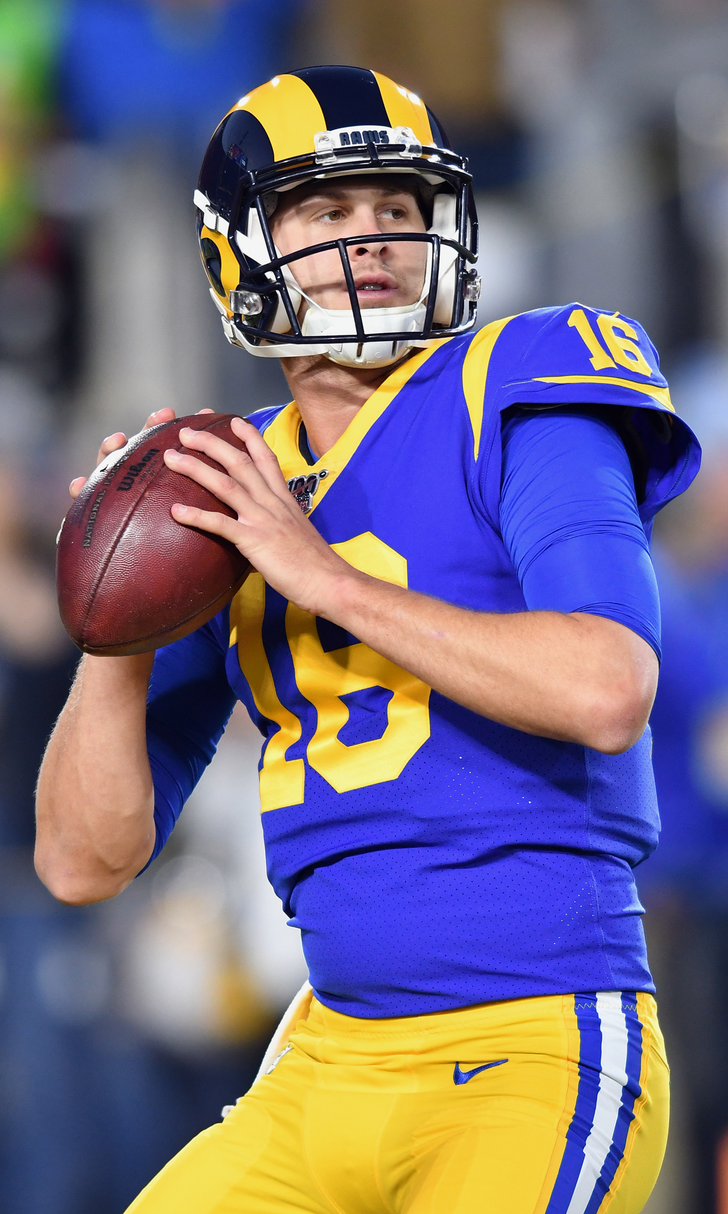 And he's got his protector right there with him.

For the NFL, free agent moves, the upcoming draft, and the start of the season are all in limbo over concerns about COVID-19.

In addition, New Orleans Saints head coach Sean Payton was identified as the first coronavirus case in the NFL on Thursday morning.

Coach Payton is in good spirits.

But one thing the coronavirus hasn't put a halt to is athletes performing good deeds in their communities, which is the case with Goff and Whitworth's donation to Los Angeles Regional Food Bank.

Goff is a California boy. He is a native of Novato, CA, about 30 miles out of San Francisco, and he played his college football at Cal Berkeley.

Even though his roots are northern, the former No. 1 overall pick and two-time Pro Bowler has adapted well to Southern California, which has embraced him in return.

Whitworth is a four-time Pro Bowl and two-time First-Team All-Pro offensive tackle who joined the Rams in 2017 after 10 seasons in Cincinnati.

It was also announced on Thursday that the duo will spend even more time together in Los Angeles, as Whitworth was signed to a new contract by the Rams.

Rams fans should be happy about this one.

Between Goff and Whitworth, their donation will fund millions of meals to those affected by the coronavirus.

Their teammates are fans of their efforts.

Those wishing to get involved can donate and learn more here.