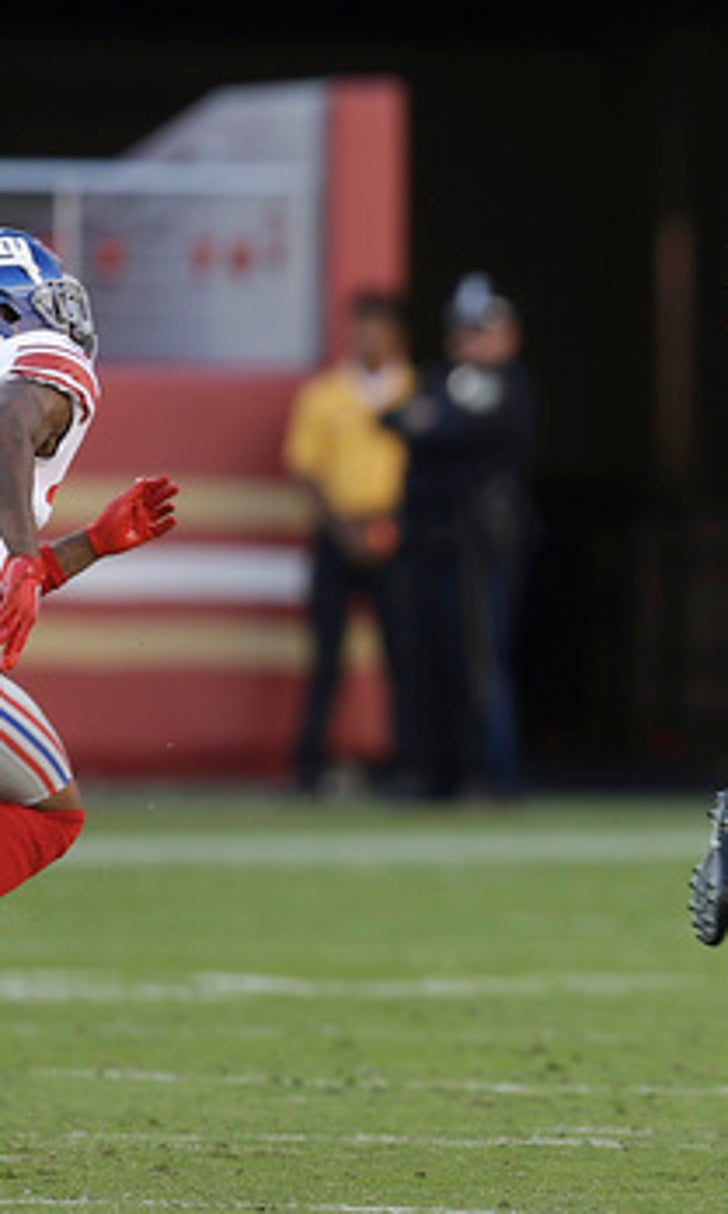 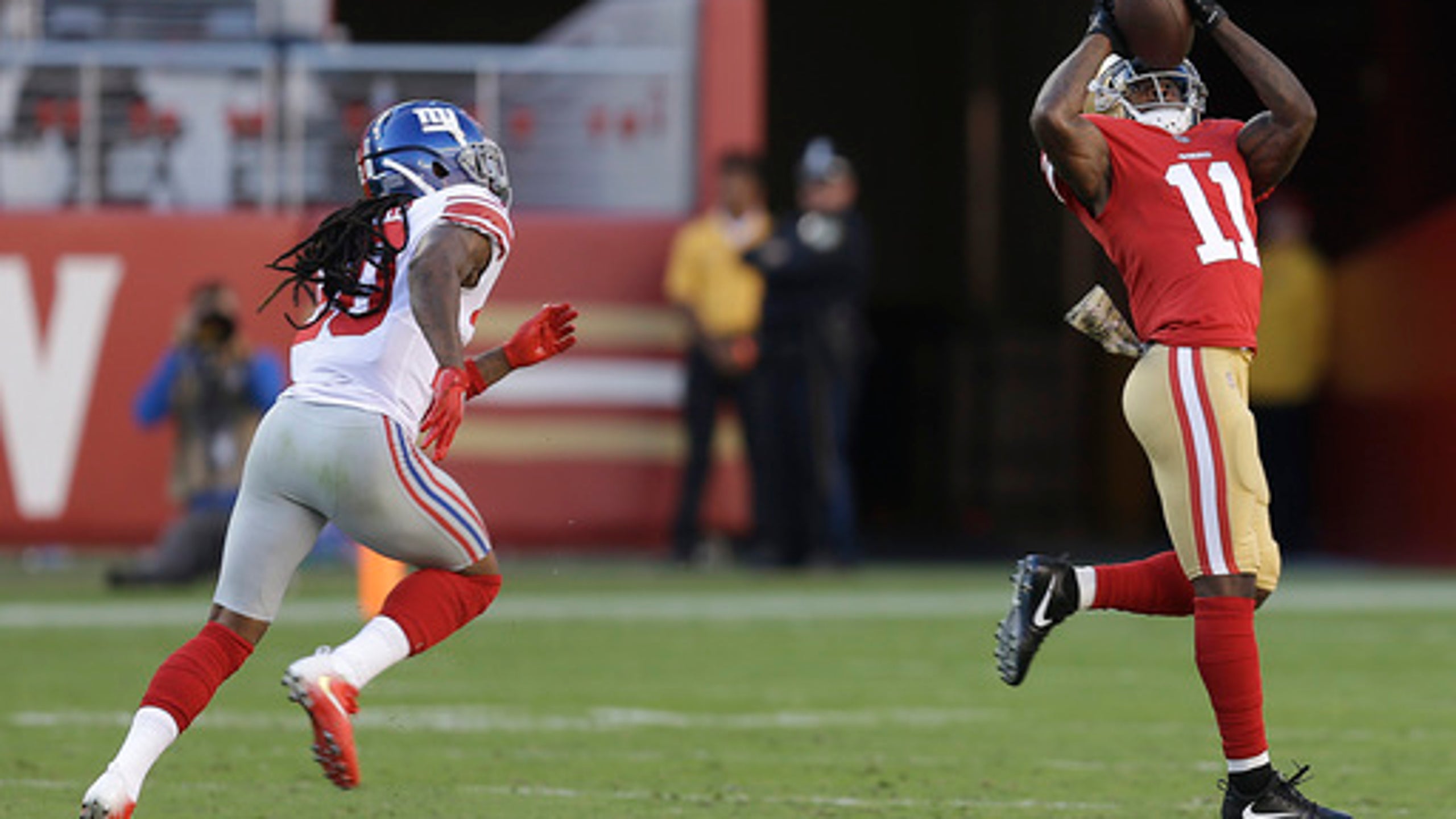 SANTA CLARA, Calif. (AP) C.J. Beathard has been playing on borrowed time as a starter in San Francisco ever since the 49ers traded for Jimmy Garoppolo almost two weeks ago to be the quarterback of the future.

If that time runs out after the upcoming bye, at least Beathard went out on a high note.

Beathard led the 49ers to their first win of the season by throwing for 288 yards and two touchdowns and running for another score Sunday in a 31-21 victory over the New York Giants.

''It feels great,'' Beathard said. ''There's not a better feeling. That's why you play sports for that feeling in the locker room when you celebrate a win. There's nothing like it.''

After the game, coach Kyle Shanahan wouldn't commit to a plan for who he plans to start for the 49ers (1-9) in their next game when they host Seattle on Nov. 26.

He said Garoppolo would get some extra time during the bye week to learn the offense and then he could determine the starter by the time the team ramps up preparation for the Seahawks a week from Wednesday.

San Francisco gave up a 2018 second-round pick to acquire Garoppolo from New England on Oct. 30 and believe he can be the quarterback to lead the franchise back to respectability.

Beathard at least delivered the first win of the season by connecting on two long TD passes in the second quarter. He hit Marquise Goodwin on an 83-yarder that was the team's longest TD pass in 12 years and Garrett Celek on a 47-yard score .

Beathard then ran for an 11-yard TD in the fourth quarter that put the 49ers in control over the Giants (1-8). Beathard hurt his right thumb on the play but stayed in the game.

The Giants (1-8) are just figuring where this season goes next following the latest loss.

''Losing to a 0-9 team, it can't get much worse than that,'' offensive lineman Justin Pugh said.

MCADOO'S STATUS: This performance only heighted the questions surrounding the job security of Giants coach Ben McAdoo . He has been under fire after a report this past week from ESPN that quoted an anonymous player as saying the players have given up on the season and don't view McAdoo as a leader. The Giants have not fired a coach during the season since 1976 when Bill Arnsparger was let go after a 0-7 start and replaced by John McVay.

''That doesn't have anything to do with anything,'' McAdoo said of his job security. ''We have to find a way to win a game. We have to address what happened out here on the field today, take a look at the tape and be honest with each other.''

STALEY'S RETURN: The Niners got a big boost with the return of left tackle Joe Staley from a broken eye socket. Staley got hurt two weeks ago and wasn't expected back until after the bye. But he texted Shanahan on Tuesday that he'd play this week and anchored a line that allowed no sacks and two quarterback hits after Beathard was sacked 14 times in his first three starts.

''Just the veteran leadership, he's an All-Pro guy,'' Beathard said. ''Not only to have him on the field, but have him in the huddle. Gives your team more confidence.''

ELI'S MILESTONE: Eli Manning had little to feel good about after tying big brother Peyton for the second-longest consecutive start streak for a quarterback at 208. The Mannings trail only Brett Favre with 297 straight starts. Eli Manning's numbers looked good as he completed 28 of 37 passes for 273 yards and two TDs, but the offense generated only one first down on three drives in the second half when San Francisco expanded its lead from 17-13 to 31-13.

EMOTIONAL DAY: Goodwin was extremely emotional on the sideline after his long touchdown catch. After the game, it became clear just why. Goodwin said on his Instagram page that his wife, Morgan Goodwin-Snow, lost their baby boy due to complications during pregnancy early Sunday morning.

BAD KICKS: The game got off to a bad start for the Giants when Aldrick Rosas sent the opening kick out of bounds. The 49ers took capitalized on the good field position to get a field goal to open the scoring. Rosas' bad day wasn't over. He also missed a 34-yard field goal on the opening drive of the second half.