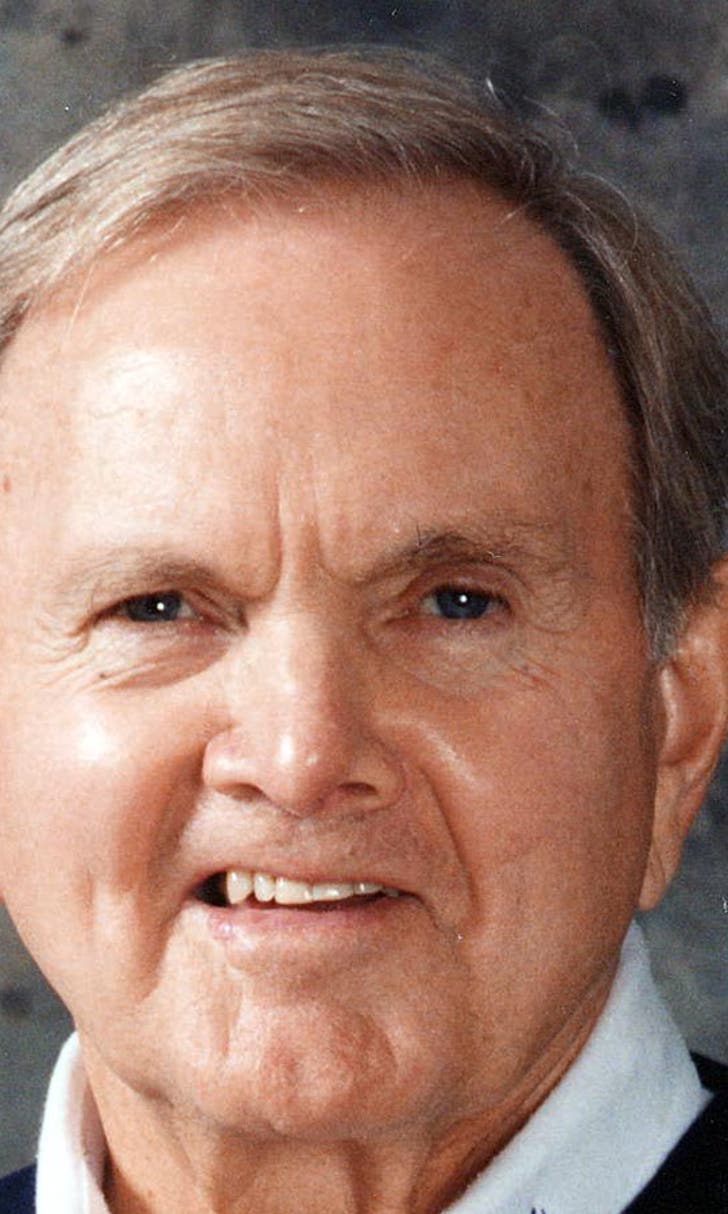 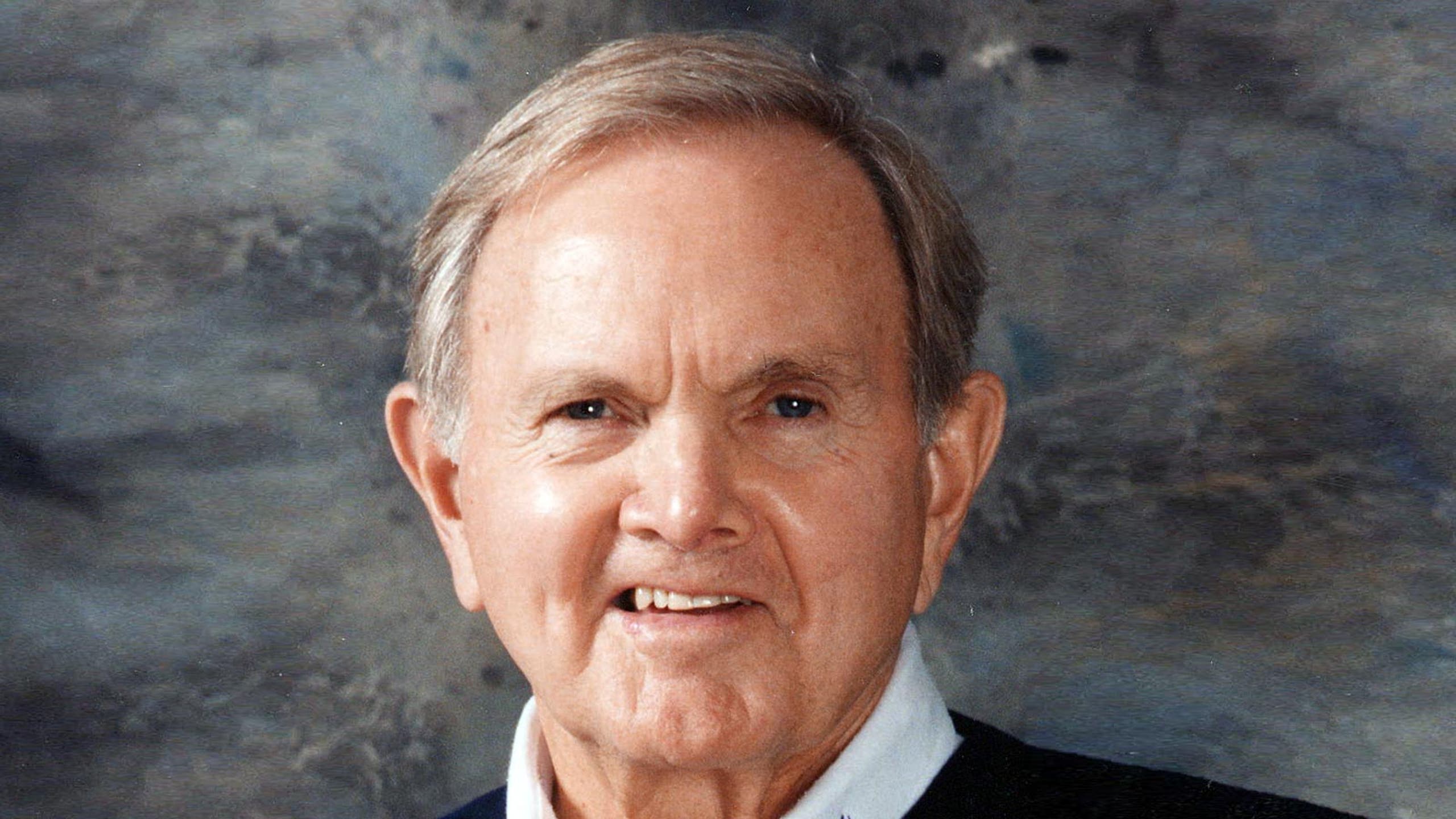 Ralph Wilson, the Buffalo Bills owner who helped found the American Football League in 1960 and played a key role in the merger with the NFL, died Tuesday. He was 95.

Bills President Russ Brandon announced the death at the NFL meetings in Orlando, Fla. Wilson gave up daily oversight of the club on Jan. 1, 2013, when he relinquished the president's title to Brandon.

Wilson was the founder and sole owner of the Bills after establishing the team with the upstart AFL. He was inducted into the Football Hall of Fame in 2009.

Wilson had been in failing health for several years after hip surgery in 2011. Though he spent much of his time at his home in suburban Detroit, he attended Hall of Fame induction weekends. He was a regular at Bills home games since founding the franchise, but had not been there since going to one game in 2010.

"No one loves this game more than Ralph Wilson," Brandon said in a statement. "It's very tough. What he's' meant to the entire organization. He's our leader, our mentor our friend. How he loves his players and loved our community. Special guy. They just don't make them like Ralph Wilson."

Wilson was deemed the "conscience" of the NFL for his loyalty to fans and the stands he took against franchise relocation.

"He didn't let anyone pull anything off in him. He was very forceful," New Orleans Saints owner Tom Benson said.

Atlanta Falcons owner Arthur Blank called him a "visionary and pioneer of professional football" whose "lasting impact on the NFL will forever be felt."

Wilson's one regret was the Bills' inability to win a Super Bowl. They came close in the early 1990s, when the Marv Levy-coached and Jim Kelly-quarterbacked teams won four consecutive AFC championships from 1990-93, but lost each time.

The Bills, however, have not made the playoffs since 1999 and their 14 postseason drought ranks as the NFL's longest active streak.

What Wilson never lacked was his sense of humor.

In 2010, with the Bills 0-5, Wilson began an interview with The Associated Press with an apology. "I want to apologize for this phone system," Wilson said, with a familiar chuckle. "It's almost as bad as my team."

The future of the team is now in the hands of Brandon and Wilson's second-in-command, Bills treasurer Jeffrey Littmann. For the meantime, the Bills are expected to be placed in a trust before eventually being sold.

Wilson expressed no interest of leaving the team to his family. He is survived by wife Mary, daughter Christy Wilson-Hofmann, who serves as a Bills consultant. There's also niece Mary Owen, who has risen up the Bills ranks and serves on several NFL committees while working as the team's executive vice president of strategic planning.

Kelly has expressed interest in buying the franchise and has previously said he's assembled a group of investors.

Kelly's health, however, has become an issue this week. He is expected to have surgery for a second time in a year following the recurrence of cancer that his wife described as aggressive and "starting to spread."

Buffalo Sabres owner Terry Pegula has deep pockets and is also considered a candidate to purchase the Bills and keep them in Buffalo.

That doesn't remove the possibility of outside interests making offers and relocating the team to much larger markets such as Los Angeles or nearby Toronto, where the Bills began playing annual regular-season "home" games in 2008. That series was postponed this year.

The Bills' future in Orchard Park is secure for the short term. The team negotiated a 10-year lease in December 2012 with the state and county to continue playing at Ralph Wilson Stadium.

The agreement includes a provision that essentially locks in the Bills through the first seven seasons. The franchise would have to pay $400 million if it decides to leave before 2019. The team then has an option of buying out the remaining three years of the lease for $28 million.

Wilson played a key role in helping form the modern day NFL, along with Lamar Hunt and Bud Adams.

Wilson went as far as to travel to the 1964 Winter Games at Innsbruck, Austria -- where he slept on the floor of a reporter's room because all the hotels were booked -- to help broker the AFL's landmark TV deal with NBC.

In 2006, he criticized several members of the new generation of NFL team owners -- Jerry Jones of Dallas, Daniel Snyder of Washington and Robert Kraft of New England -- for acting in their best interest and not the league's.

When asked how his views might be interpreted by Snyder, Wilson bluntly replied: "I don't give a damn about Dan Snyder."

As the late Oakland Raiders owner Al Davis said of Wilson in 2009: "There were a lot of guys saying (Steelers owner Dan) Rooney was the conscience. But certainly, Mr. Wilson was more of a conscience of the league."

Born in Columbus, Ohio, in 1918, Wilson moved to Detroit three years later when his father, Ralph Wilson Sr., took a sales job at an auto dealership. The father turned to insurance and in the mid-1930s landed a deal with Chrysler Corp.

The younger Wilson graduated from the University of Virginia, where he played baseball and boxed, before completing one year at the University of Michigan Law School. He made his fortune taking over his father's insurance business, but he had a passion for football.

Selling a small share he had in the Detroit Lions, Wilson went off to help form the AFL. After initially being turned down by politicians to establish a franchise in Miami, he chose Buffalo on the advice of a Detroit newspaper sports editor.

He enjoyed the "Foolish Club" label that was applied to him and his fellow AFL owners.

Jimmy Gets His F-150
Terry Bradshaw gave away his second Ford F-150 in the free-to-play Super 6 contest. Be sure to enter to win other big prizes!
5 hours ago

What To Do When Football Season Ends?
This NFL season has served as a genuine relief for so many fans. So what's on the agenda next? Martin Rogers has the answer.
6 hours ago

Flipping The Switch
The Chiefs struggled against the spread to close the season. But the playoffs are an entirely different ballgame, Sammy P writes.
13 hours ago

The Long Run
Lamar Jackson is poised for a hefty contract extension with the Ravens. But can they go the distance with his style of play?
15 hours ago

NFL Mock Draft 6.0
With the Super Bowl fast approaching and the combine next on the NFL calendar, check out Jason McIntyre's latest Mock Draft.
16 hours ago
those were the latest stories
Want to see more?
View All Stories
Fox Sports™ and © 2021 Fox Media LLC and Fox Sports Interactive Media, LLC. All rights reserved. Use of this website (including any and all parts and components) constitutes your acceptance of these Terms of Use and Updated Privacy Policy. Advertising Choices. Do Not Sell my Personal Info