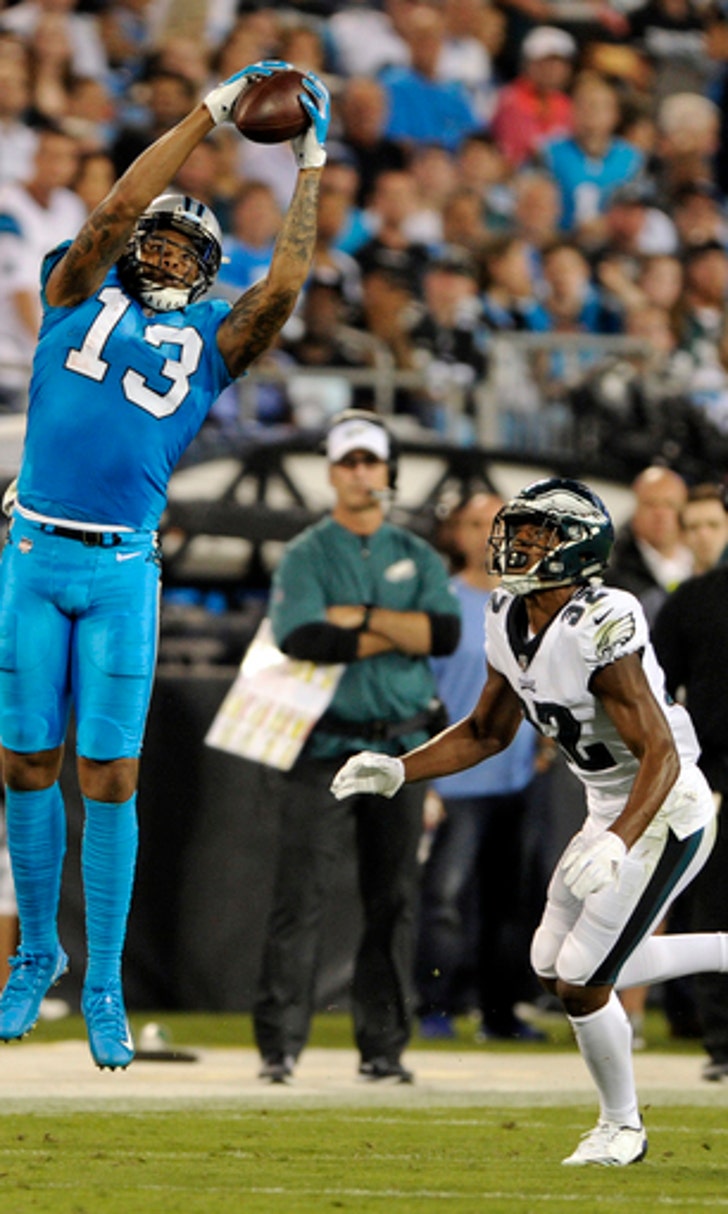 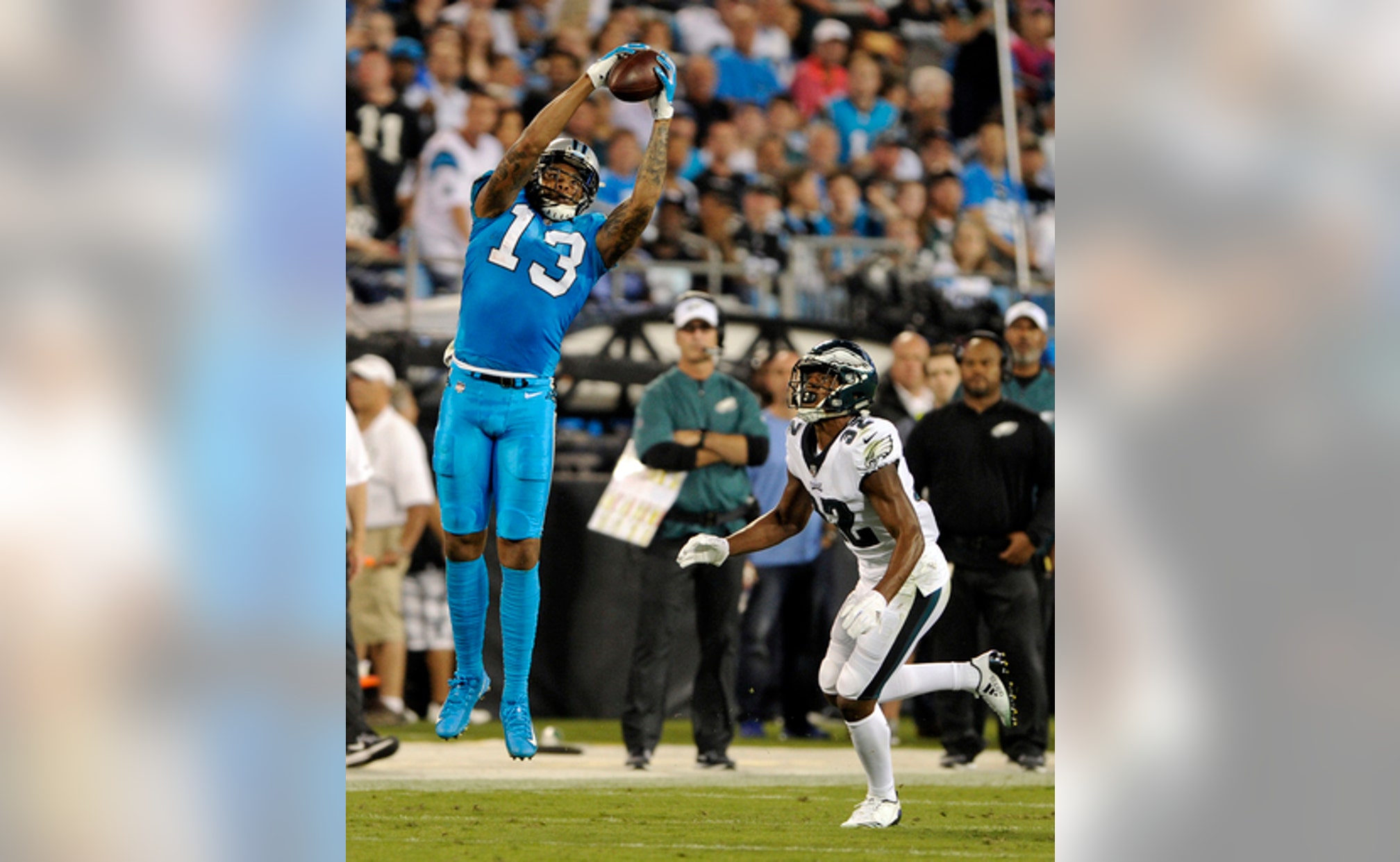 ORCHARD PARK, N.Y. (AP) The Buffalo Bills' best start to a season in six years just got a little better.

General manager Brandon Beane reinforced his team's patchwork group of receivers by acquiring Kelvin Benjamin in a trade with the Carolina Panthers on Tuesday that was completed just before the trade deadline struck. In exchange, Carolina acquired Buffalo's third- and seventh-round picks in next year's draft.

For the Bills (5-2), Benjamin provides a boost to a team off to a better-than-expected start after Buffalo spent much of the offseason overhauling its roster. And his addition reverses a trend in which general manager Brandon Beane spent much of the past three months trading away talent to stockpile draft picks to rebuild a team in the midst of a 17-year playoff drought.

Receiver Sammy Watkins was traded to the Los Angeles Rams and cornerback Ronald Darby dealt to Philadelphia in separate trades made on the same day in August. Then, on Friday, Buffalo's top-paid player, defensive tackle Marcell Dareus , was dealt to Jacksonville.

''It probably saves me from getting my tail kicked from walking in there,'' Beane said with a laugh, referring to entering the Bills' locker room.

''Those guys are probably tired of me moving guys and not bringing anything in,'' he added. ''We're always looking to add. But it has to be right. And the timing was right for this move for Kelvin.''

Buffalo plays at the New York Jets on Thursday night, and Beane said it's up to coach Sean McDermott to determine whether Benjamin will play. Benjamin was scheduled to travel to Buffalo and take a physical on Wednesday.

The Panthers (5-3) parted ways with their 2014 first-round draft pick, who failed to consistently develop into Cam Newton's top target.

Benjamin made an immediate splash as a rookie, when he set Carolina franchise rookie records with 73 receptions for 1,008 yards and nine touchdowns. But the former Florida State star tore his ACL in training camp the following season and hasn't quite been the same since, often battling soreness in his knee and weight issues.

''Buffalo had expressed interest, and we wanted to put more of a mix of skill sets on the field and add some speed,'' Panthers GM Matt Hurney said. ''We decided it was the right move.''

Benjamin returned last season and had 63 receptions for 941 yards and seven touchdowns.

Carolina has struggled finding a downfield threat who can stretch the field. Rookie Curtis Samuel and Russell Shepard are expected to help fill that void, with Devin Funchess taking over as the team's No. 1 receiver. Pro Bowl tight end Greg Olsen is eligible to return to practice this week from injured reserve but can't play until Nov. 25.

Benjamin is no stranger to Beane, who took over in Buffalo in May, and first-year coach Sean McDermott. Both previously worked for the Panthers before being hired by Buffalo this past year.

Benjamin joins a retooled group of receivers led by Jordan Matthews, who was acquired in a trade with Philadelphia in August, and rookie second-round pick Zay Jones. He immediately becomes the Bills' leading receiver with 32 catches for 475 yards and two touchdowns this season.

The 6-foot-5, 245-pound Benjamin has scored 18 touchdowns in 40 games and provides quarterback Tyrod Taylor a big target, particularly in the red zone.

Benjamin has one year left on his contract beyond this season after the Panthers picked up the fifth-year option on his rookie deal.

Earlier this season, Benjamin got his left knee bent backward in a game against the Saints and did not return. An MRI revealed no structural damage and he returned the following week.

Benjamin dedicated this season to his mother , whom he called ''my everything,'' after she died last summer. He credited being around his Carolina teammates with helping him get through a time when he was in a ''dark place.''

In a separate Bills matter, receiver Anquan Boldin will remain retired after failing to negotiate a trade with another team before the deadline. Boldin retired in August two weeks after signing with Buffalo. On Thursday, the Bills granted Boldin permission to negotiate with other teams after he expressed interest in playing for a 15th season.

NOTES: McDermott said S Jordan Poyer has a chance to return after missing one game with a right knee injury. ... CB E.J. Gaines (hamstring) and tight end Charles Clay (left knee) did not practice Tuesday. ... RB Joe Banyard was released to free up a roster spot for Benjamin.