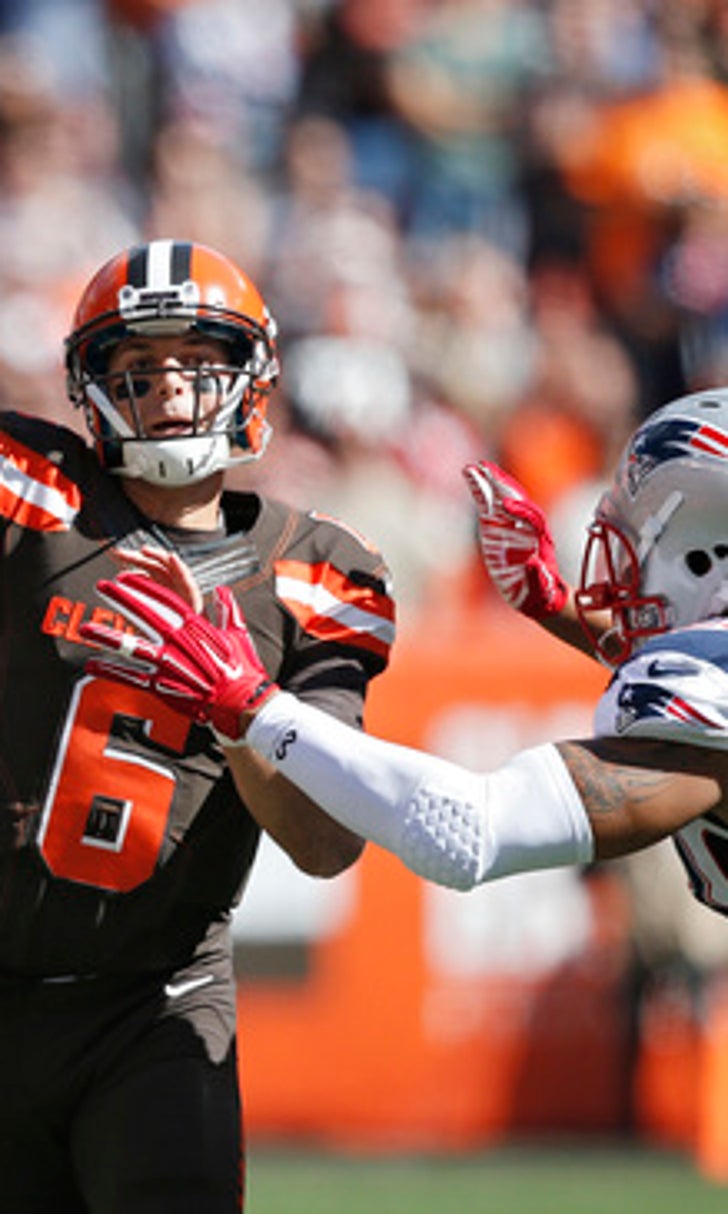 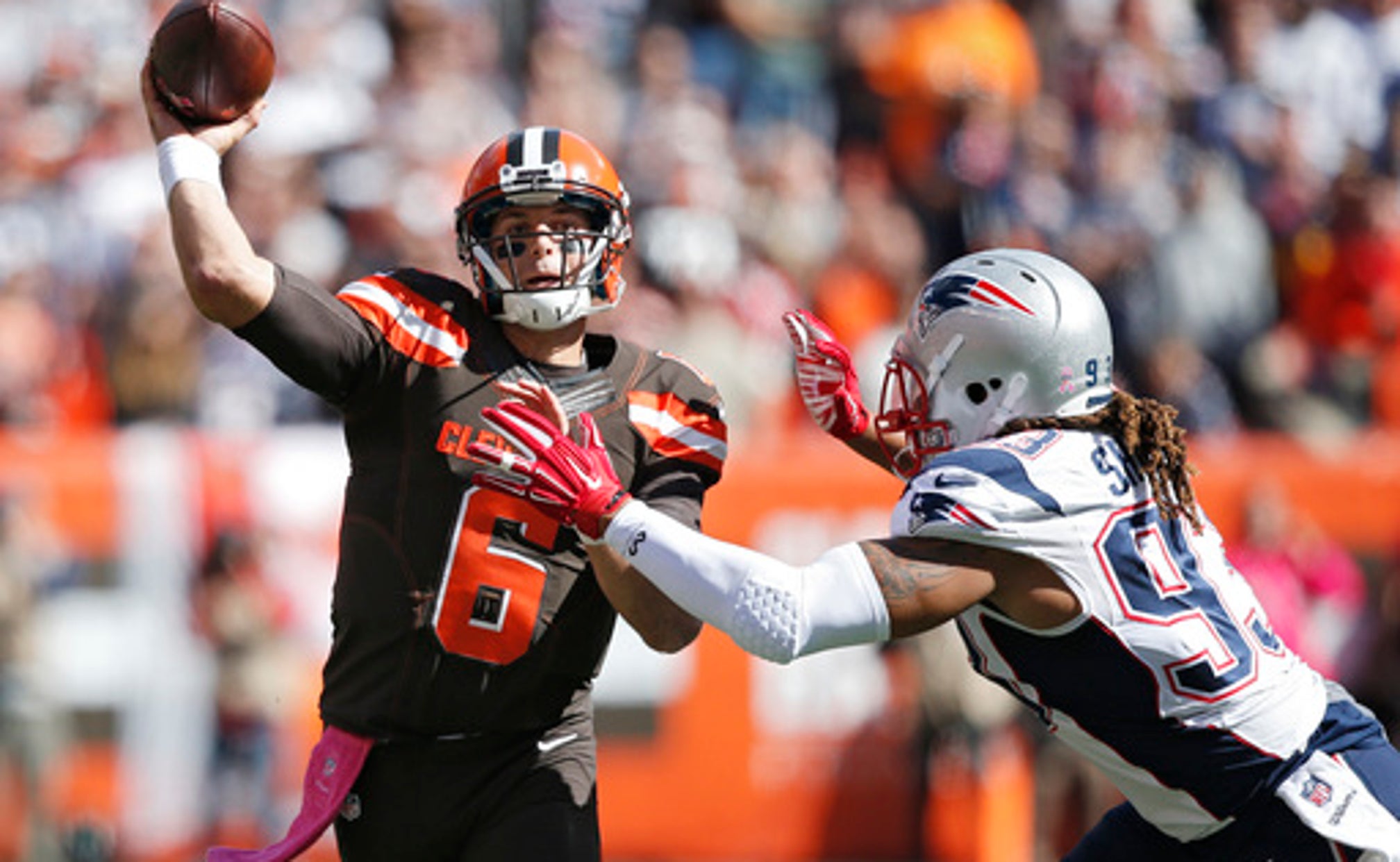 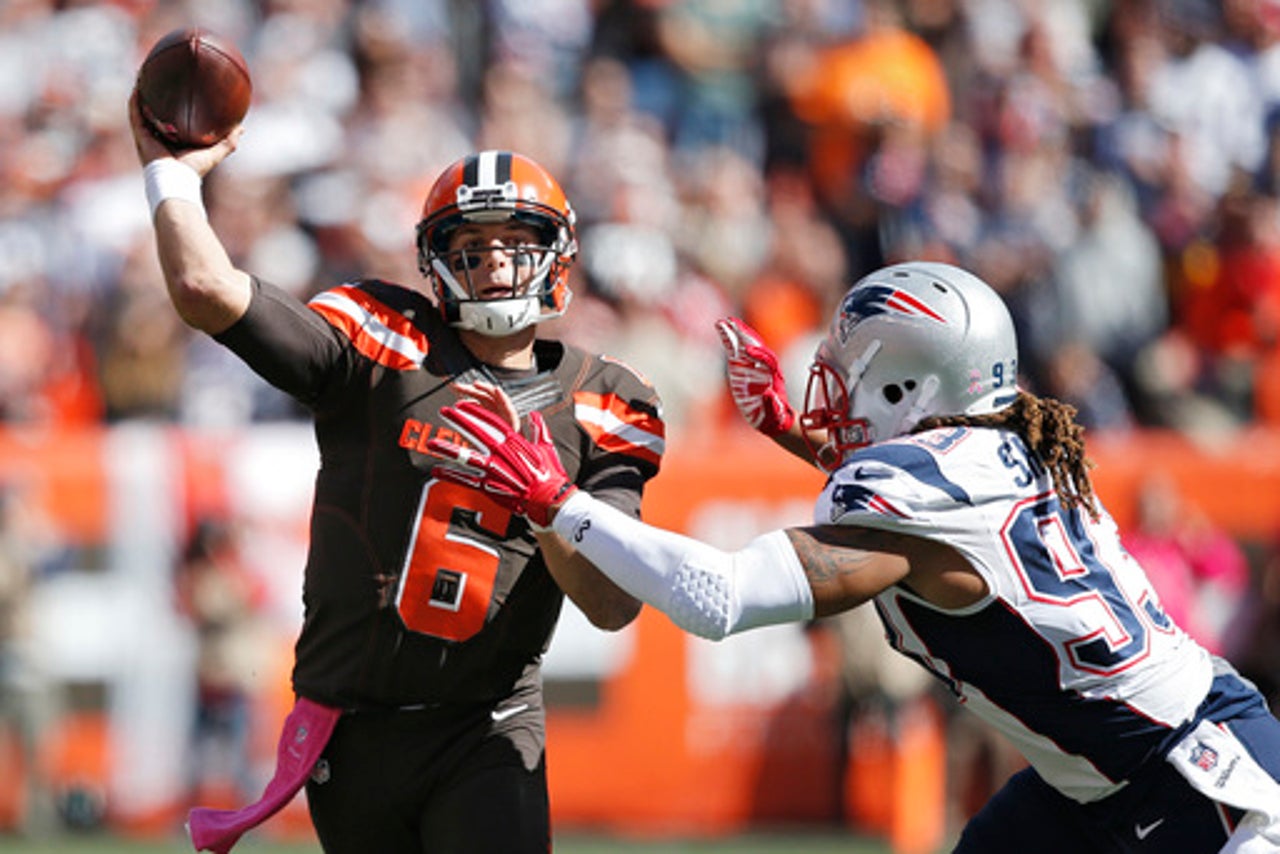 Kessler practiced Wednesday and didn't appear to be bothered by his injuries during the period of practice open to the media. Also, veteran Josh McCown practiced for the first time since breaking his left collarbone in Week 2 and had plenty of zip on his passes.

Afterward, coach Hue Jackson said it's too early to pick a starter for the Titans.

''Obviously, Cody right now is the starter of our football team until I feel otherwise,'' Jackson said. ''We have to make decisions about where they are toward the end of the week. We will see that as we go.''

Kessler got hurt in Sunday's loss against New England when he was clobbered by blitzing Patriots linebacker Dont'a Hightower in the first quarter. Kessler said his shoulder made a crunching sound when the he hit the turf and he was worried he was seriously injured. However, with a few days to rest and some rehab, the third-round draft pick, who has been steadily improving with each start, said he's feeling much better.

''It is still pretty painful,'' Kessler said before practice. ''But it has gotten progressively better each day, which is a positive. My mindset is (I'll be able to start). But it is hard to say with the game being a couple days away.''

The Browns have been ravaged by injuries, especially at quarterback. Robert Griffin III broke a bone in his left shoulder in the opener and remains sidelined; McCown broke his collarbone the following week; and Kessler went down on Sunday, forcing the Browns to bring in Charlie Whitehurst, who injured his left knee in the final minutes. Whitehurst reached an injury settlement with the team on Tuesday and was released.

Cleveland signed Kevin Hogan from the practice squad to the active roster and he took reps during individual drills with the other quarterbacks, including wide receiver Terrelle Pryor, the former Ohio State and Oakland QB who has been used in shotgun formations and emergencies.

Jackson said it's unlikely he would wait until Sunday before announcing his starter.

''I'm not about that,'' he said. ''It is important for our team know who the quarterback is. When you are coming off injuries like that, you just kind of have to see where everybody is. After practice is normally when things start to on their bodies either break down or get better. We will get a feel for where they are after today and into tomorrow.''

If things weren't bad enough for the Browns (0-5), starting left guard Joel Bitonio sprained his foot Sunday and the team said he will be out ''for an extended period of time.'' The third-year lineman is having another solid season and losing him only complicates matters for a team with little depth.

''We know he is going to miss some time, obviously, but nothing has been totally decided,'' Jackson said. ''That is a tough blow to our team, but it is next man up. Nothing we can do about that. Those things happen in football. It is unfortunate. We have had a lot. That is well documented, but that is part of this deal. We are just grateful, the whole team, the guys that are left standing for the opportunity to come out here and keep practicing and keep getting better.''

Jackson said the team's sports science staff is perplexed by the unusual outbreak of injuries.

''Yeah, it is really amazing because when you look at the things that have happened, it is not like there are torn ACLs or any of that stuff or a play happened where somebody just got crushed,'' he said, knocking on the wooden dais. ''What is a coracoid bone? What is that? I'm serious. For me, what are all these things? But it is happening. Our sports medicine staff is just as surprised as we are - understand it, but surprised.

''We have to do everything we can to get these guys back. Our practice fields are good, our process is good, how we work and the strength and conditioning staff is great. We have just had some unfortunate luck. It is part of it. We are going to deal with it. We are not going to bury our head in the sand about it.''

Bills Hold off Rams' Charge
Per usual, the early window of NFL Sunday was a wild one. Check out the major takeaways from the first half of the day.
55 mins ago