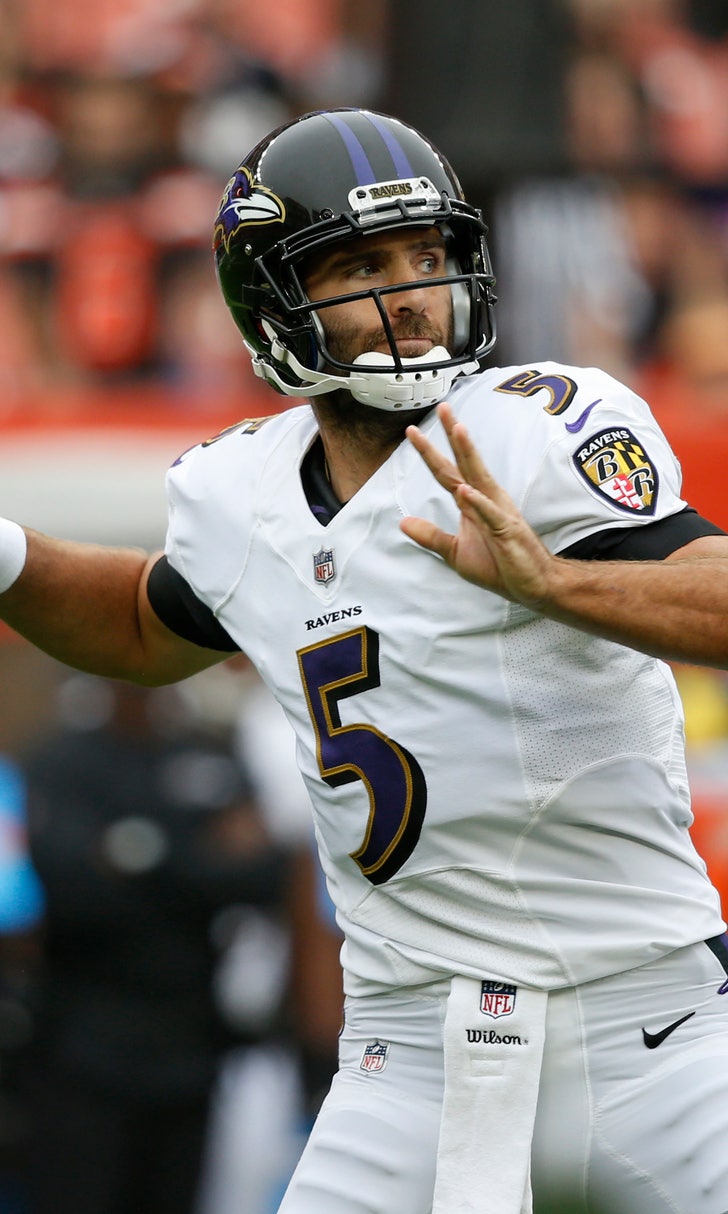 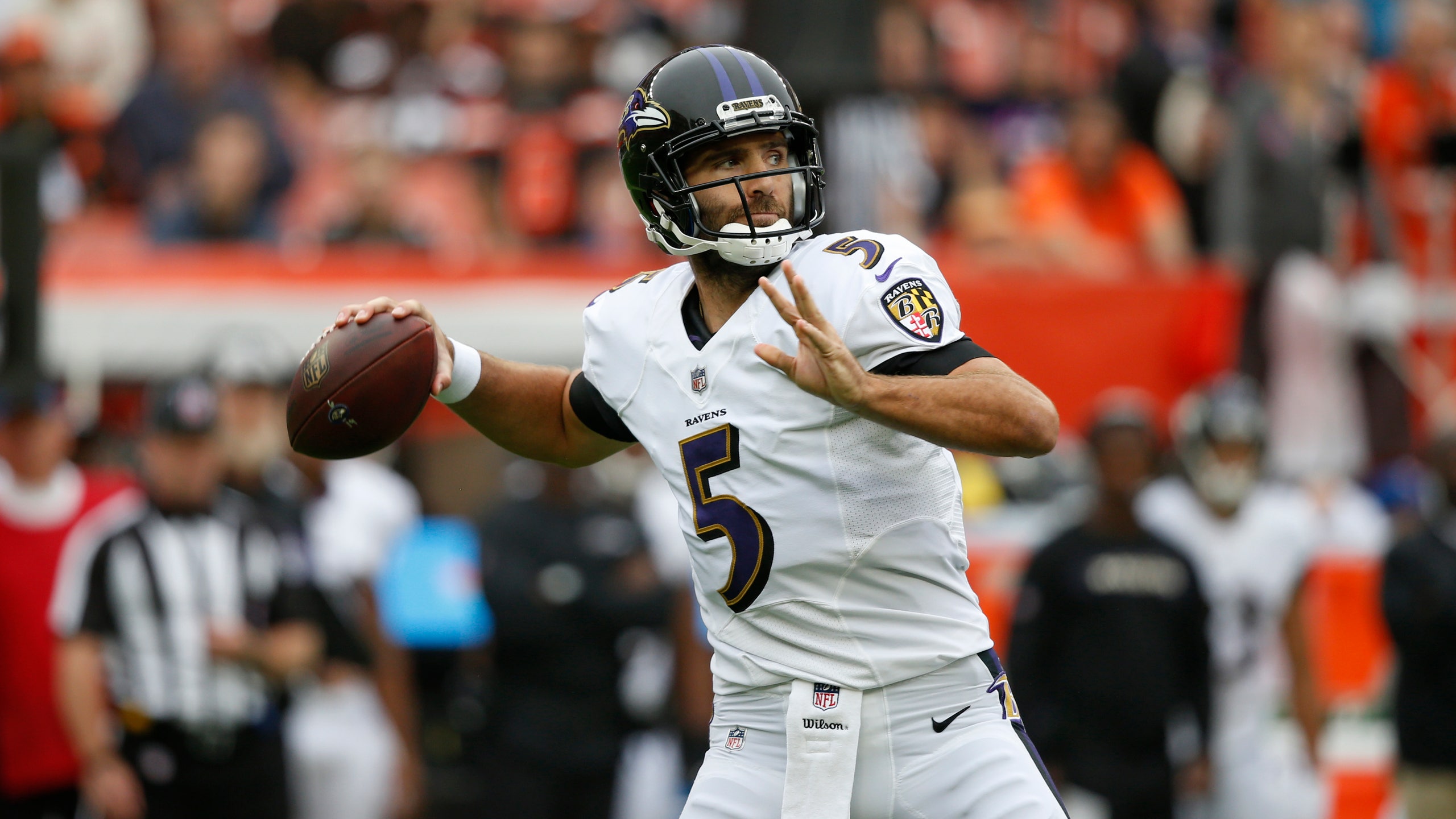 ENGLEWOOD, Colo. (AP) — In just about every season he's been in charge of football operations in Denver, John Elway has had to address major concerns at one or both of the two most consequential positions in the NFL: head coach and quarterback.

This offseason, he made changes at both spots, hiring Vic Fangio and acquiring Joe Flacco in a trade that will become official next month when the league's new year begins.

Here's a look at Elway's head coaches and quarterbacks:

Elway hires John Fox, but a trade of QB Kyle Orton fizzles and Orton wins the job in camp. A month later, the Broncos appear to join the "Suck for Luck" crusade for Stanford standout Andrew Luck but Tim Tebow sparks a run that wins the middling AFC West at 8-8, and his 80-yard TD toss to Demaryius Thomas in OT stuns the Steelers in the playoffs. The giddiness subsides in a 45-10 loss at New England. Soon, Tebowmania would be replaced by Manningmania.

After luring the biggest free agent prize in NFL history in Peyton Manning, Elway trades Tebow to the Jets. He has Russell Wilson in for a pre-draft visit but instead selects Brock Osweiler as Manning's understudy. Manning leads Denver to a 13-3 record and the AFC's top seed. But Flacco's 70-yard TD toss over safety Rahim Moore in the final minute of regulation and Fox's "take a knee edict" to play for overtime doom Manning to another early playoff exit.

Manning again leads the Broncos to a 13-3 mark on the strength of an NFL-record 606-point season but injuries catch up to them in a stinging 43-8 loss to Seattle in the Super Bowl. Sifting through the rubble of yet another Super Bowl blowout, Elway signs free agents Aqib Talib, T.J. Ward, DeMarcus Ware and Emmanuel Sanders, and that foursome becomes the building blocks for a championship team two years later.

Manning leads Denver to a 12-4 record but he starts to show signs of aging and gets hurt down the stretch. Again he's one-and-done in the playoffs, this time losing to his old team, the Colts. Afterward, Manning admits he's unsure if he'll return in 2015. Fox won't. He and Elway agree to a mutual split the next day and Fox heads to Chicago. Manning decides to put off retirement but takes a $4 million pay cut with the chance to earn it all back, which he will.

Elway lures Gary Kubiak back to Denver as Fox's replacement and his former backup and ex-coordinator maneuvers the Broncos through a minefield of issues in another 12-4 season. Kubiak benches an injured Manning for Osweiler for seven games but brings him back for the playoffs. Denver's defense carries Manning across the finish line with a 24-10 win over Carolina in Super Bowl 50, the franchise's third title, all with Elway at the helm as either QB or GM.

Manning retires a month after the Super Bowl and Osweiler bolts for Houston in free agency, sending Elway on a long search for a worthy successor. He trades for Mark Sanchez and moves up in the draft to select Paxton Lynch out of Memphis only to watch the steady Trevor Siemian, his 2015 seventh-rounder, beat them both out. The Broncos, however, stumble to 9-7, missing the playoffs and Kubiak steps down afterward.

Elway interviews Kyle Shanahan but chooses Vance Joseph as his head coach, something he'd quickly regret, flirting with the idea of re-hiring Mike Shanahan before the year is even out. For the second straight summer, Siemian beats out Lynch and Osweiler returns to Denver after failures in Houston and Cleveland. All three quarterbacks take turns starting in a dismal 5-11 season. Elway decides to keep Joseph rather than hiring his old coach for a reunion tour.

Elway signs free agent Case Keenum to a two-year, $36 million deal and trades Siemian to the Vikings to make way for Lynch to win the backup job. But Lynch can't even beat out another seventh-rounder in Chad Kelly and gets cut after starting just four games in two seasons. The Broncos jettison Kelly, too, after his trespassing arrest at midseason following a single snap, a kneel-down. A 6-10 finish costs Joseph his job after two years.

Elway hires Fangio, 60, who's never been a head coach. Kubiak, who has been a special adviser in the front office, wants to return to a coaching role, but his desire to bring along former lieutenants Brian Pariani and Rick Dennison is a deal-breaker. Fangio instead hires 49ers QB coach Rich Scangarello as his offensive coordinator and Kubiak leaves for the Vikings. Elway agrees to send the fourth-round draft pick he got in the Demaryius Thomas trade to the Ravens for Flacco.