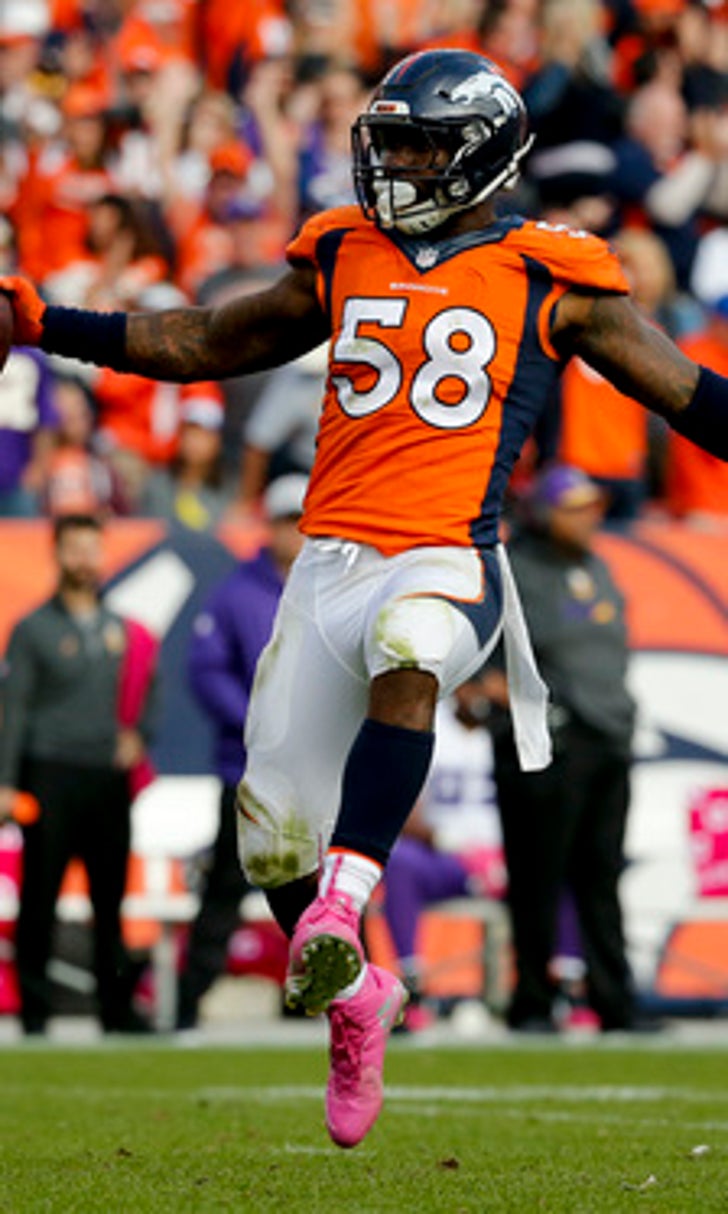 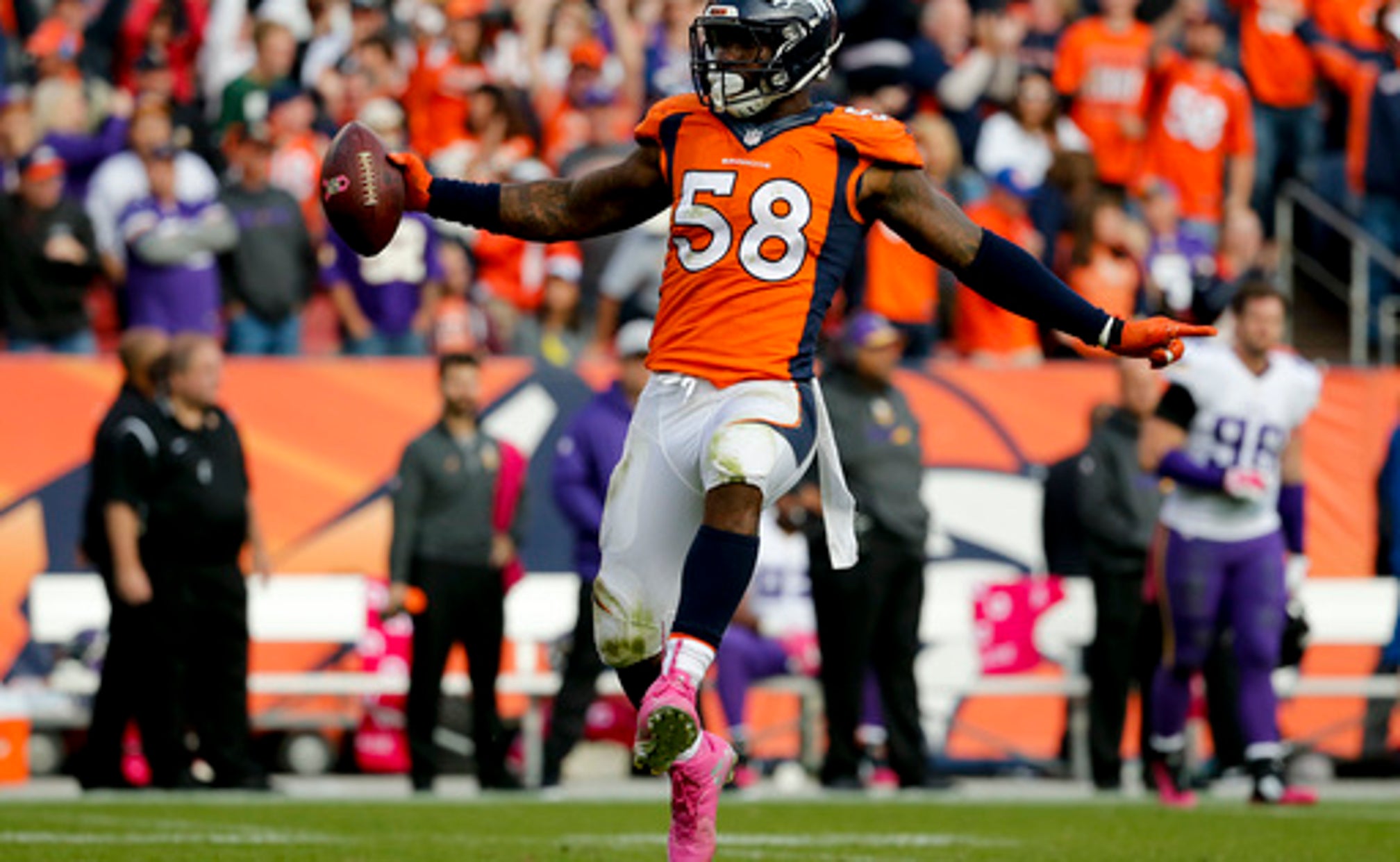 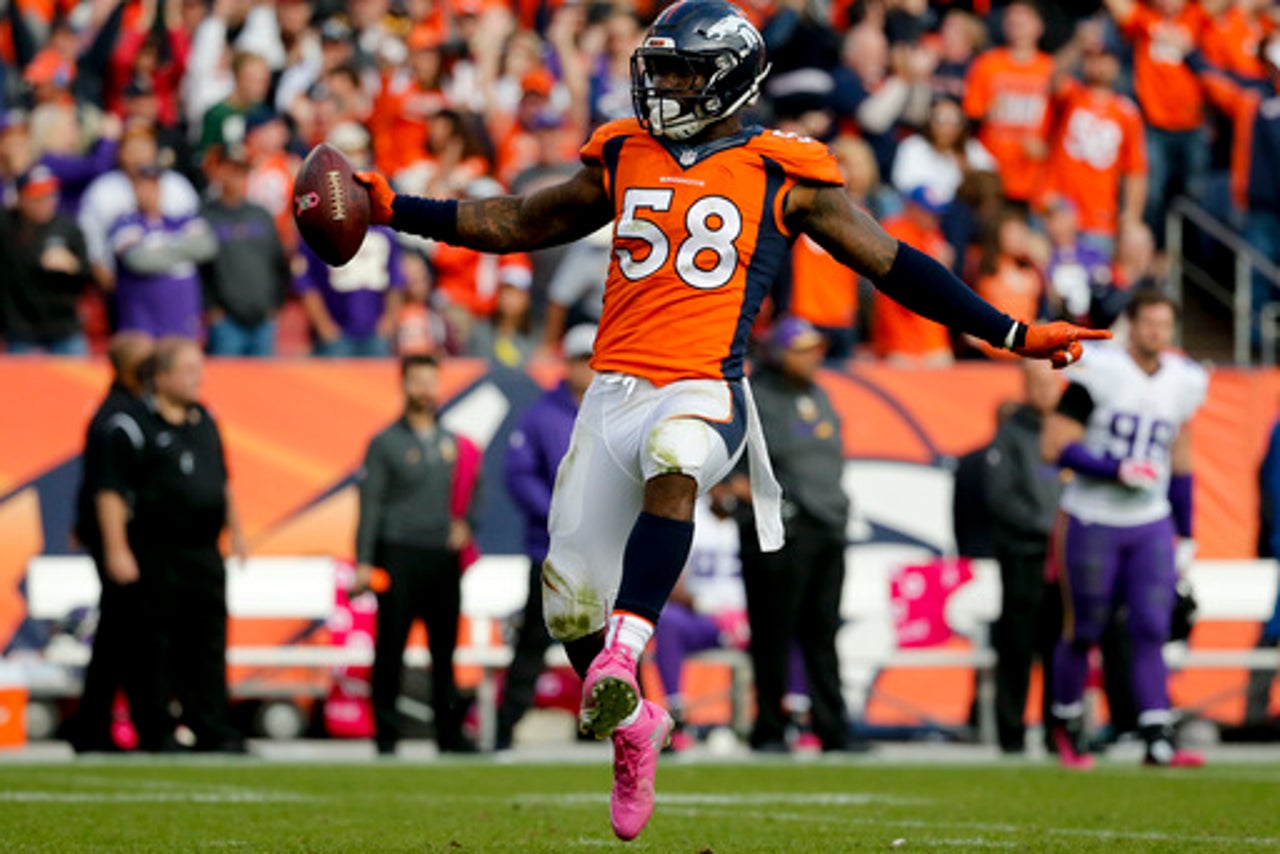 With the deadline for signing franchise players to long-term deals fast approaching, the Denver Broncos appear to be ramping up their efforts to sign Von Miller to a long-term deal.

Broncos general manager John Elway rekindled talks with the Super Bowl MVP over the weekend, ESPN reported Tuesday. According to the report, Elway and Miller spoke for about 10 to 15 minutes on the phone -- the first time the two sides have spoken since June 7 -- and Elway told the star linebacker that the team still loves him and wants to re-sign him.

Teams have until July 15 to work out a long-term deal with players who have been given the franchise tag. Miller has said this offseason that he would not play in 2016 under the franchise tag, which would pay him $14.129 million for next season.

The four-time Pro Bowl linebacker had 11 sacks in 2015 and has totaled 60 during his five-year career.

Miller Likely Sidelined for 2020
After Von Miller suffered an ankle injury in practice, the Broncos will be without their superstar for several months.
September 10
those were the latest stories
Want to see more?
View All Stories
Fox Sports™ and © 2020 Fox Media LLC and Fox Sports Interactive Media, LLC. All rights reserved. Use of this website (including any and all parts and components) constitutes your acceptance of these Terms of Use and Updated Privacy Policy. Advertising Choices. Do Not Sell my Personal Info