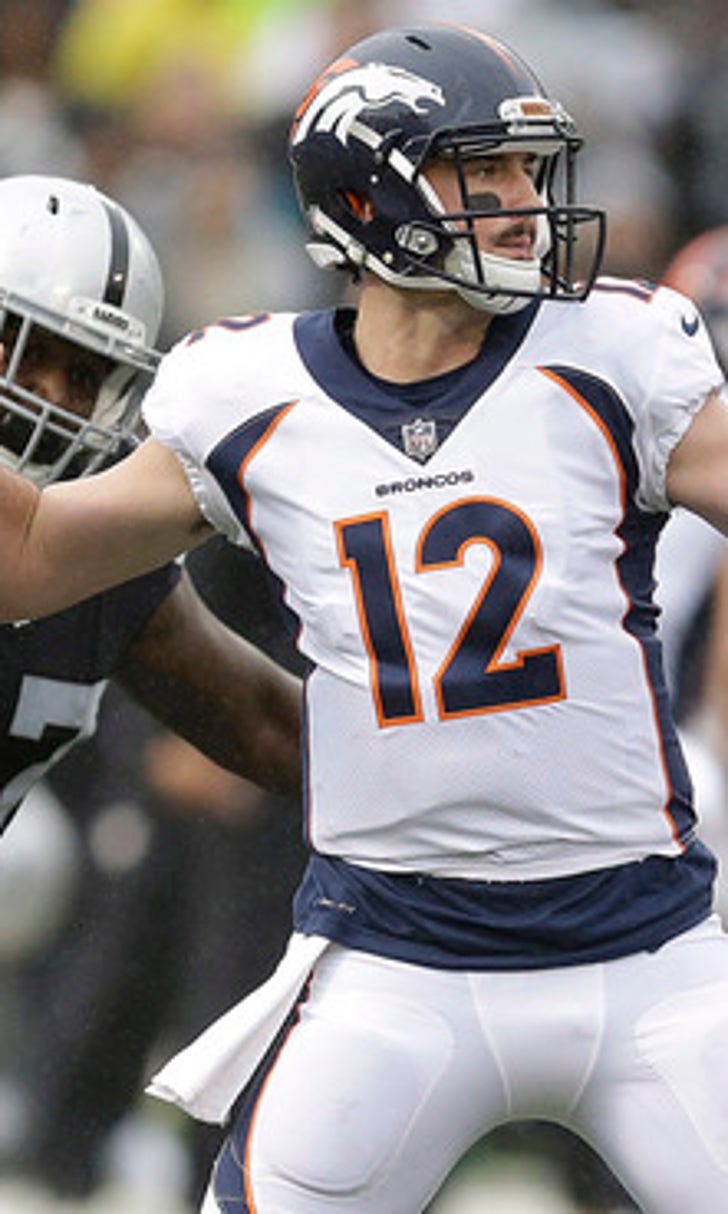 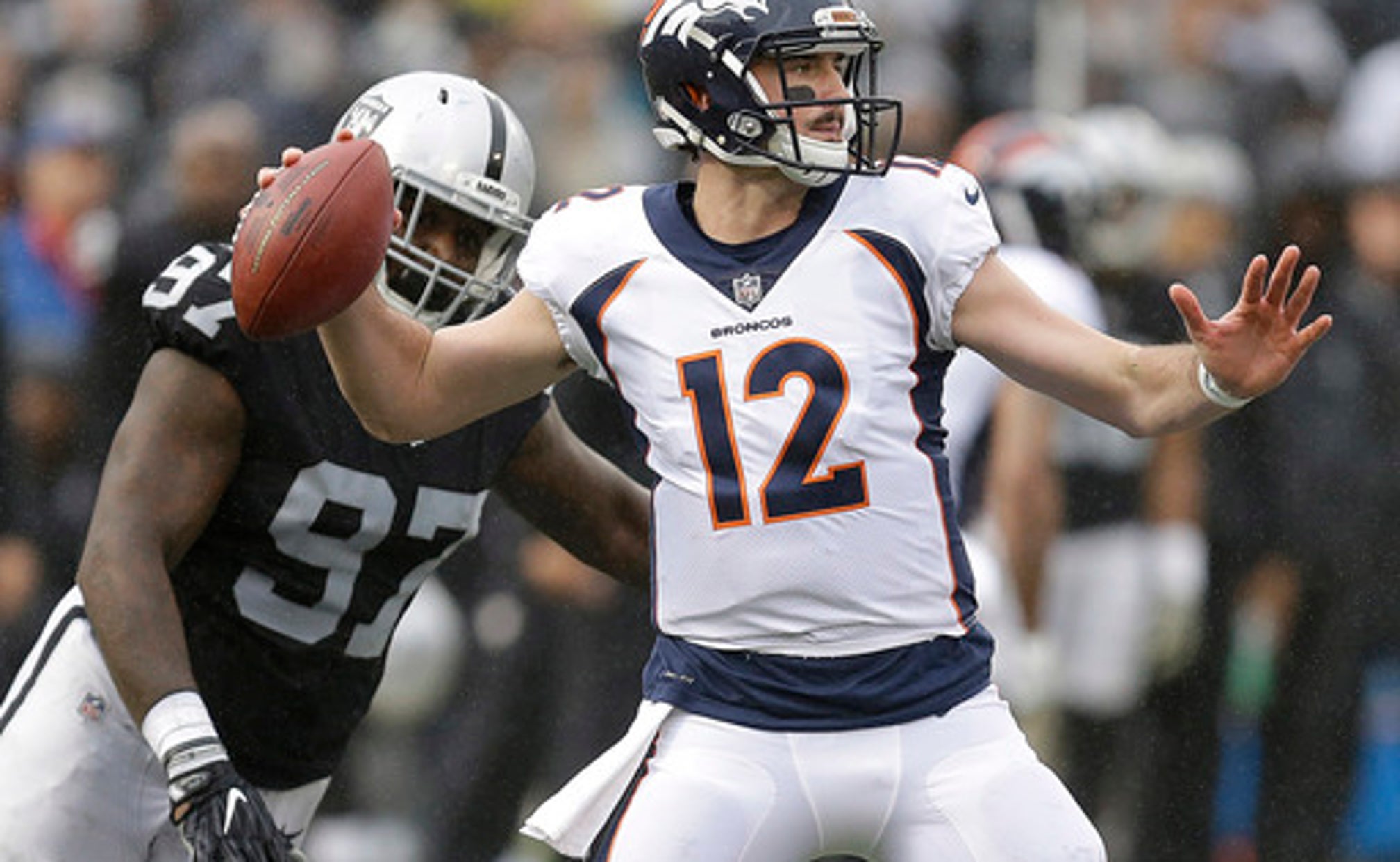 Paxton Lynch had a rough first start of the season for the Denver Broncos on Sunday.

Lynch completed 9 of 14 passes for 41 yards and an interception against Oakland before leaving the game in the third quarter after injuring his ankle on a rollout. He had missed much of the season with a sprained shoulder.

Oakland receiver Amari Cooper left with a concussion in the first half after being hurt on an illegal hit by Denver safety Darian Stewart. Cooper was down on the turf for several minutes before leaving. Stewart was penalized on the play. Broncos defensive end Derek Wolfe left in the first quarter with a neck injury.

San Francisco starting quarterback C.J. Beathard went down on a hit by Seattle's Michael Bennett as he threw a pass late in the fourth quarter.

Jimmy Garoppolo made his 49ers debut with 1:07 remaining. Garoppolo - acquired from New England at the trade deadline last month - scrambled to gain 4 yards and found Louis Murphy for a 10-yard touchdown as time expired.

Running back Raheem Mostert was lost to a knee injury for San Francisco. Wideout Marquise Goodwin injured a foot in the third quarter.

Carolina tight end Greg Olsen left with a foot injury in the second half and didn't return at the Jets. Olsen had missed the previous eight games with a broken foot, but returned. He had one catch for 10 yards before leaving.

''I felt fine,'' Olsen said. ''It just got a little sore. It flared up. I went back out and played a little bit, but we just thought it would be best to live to play another day.''

Panthers linebacker Thomas Davis also left in the second half with a thigh injury, but coach Ron Rivera said he was also just sore.

Atlanta cornerback Desmond Trufant went out with a concussion after a helmet-to-helmet collision with teammate Keanu Neal in the second quarter. Defensive back Brian Poole also went out with a lower back injury.

Miami running back Damien Williams was carted off the field in the third quarter with a shoulder injury following an 11-yard run against New England.

Return man Senorise Perry was placed in the concussion protocol after what appeared to be a helmet-to-helmet collision with New England's Trevor Reilly on a second-half kickoff return. And defensive end Terrence Fede was helped off the field after being injured in the scrum during Reshad Jones' fumble recovery touchdown run.

The Patriots' Nate Ebner left with a knee injury after his fake punt run in the first quarter. Defensive lineman Trey Flowers (ribs) and linebacker Marquis Flowers left in the third quarter after a collision. Offensive lineman LaAdrian Waddle left in the fourth quarter with an ankle injury.

Saints left tackle Terron Armstead injured his hamstring during the third quarter against Los Angeles. Rams linebacker Connor Barwin was ruled out shortly after halftime with an arm injury.

Already without starting offensive linemen Patrick Omameh and Jermey Parnell, the Jaguars lost linebacker Telvin Smith to a concussion in the first half against Arizona. Cardinals inside linebacker Deone Bucannon left in the first half with an ankle injury and RB Kerwynn Williams with a rib injury.

Colts cornerback Rashaan Melvin left after injuring his hand on the first Marcus Mariota interception against Tennessee and did not return after having an X-ray. Starting center Ryan Kelly was held out in the second half because of a concussion.

Titans safety Da'Norris Searcy hurt his ankle in the second half and did not return.

Bengals linebacker Nick Vigil twisted his right ankle late in the first half, returned briefly in the second half and left the game against Cleveland.

Browns Put Feet on the Ground
In Thursday's 'Battle of Ohio,' the team from Cleveland ran, and ran, and kept running all over its rival from Cincinnati.
16 hours ago