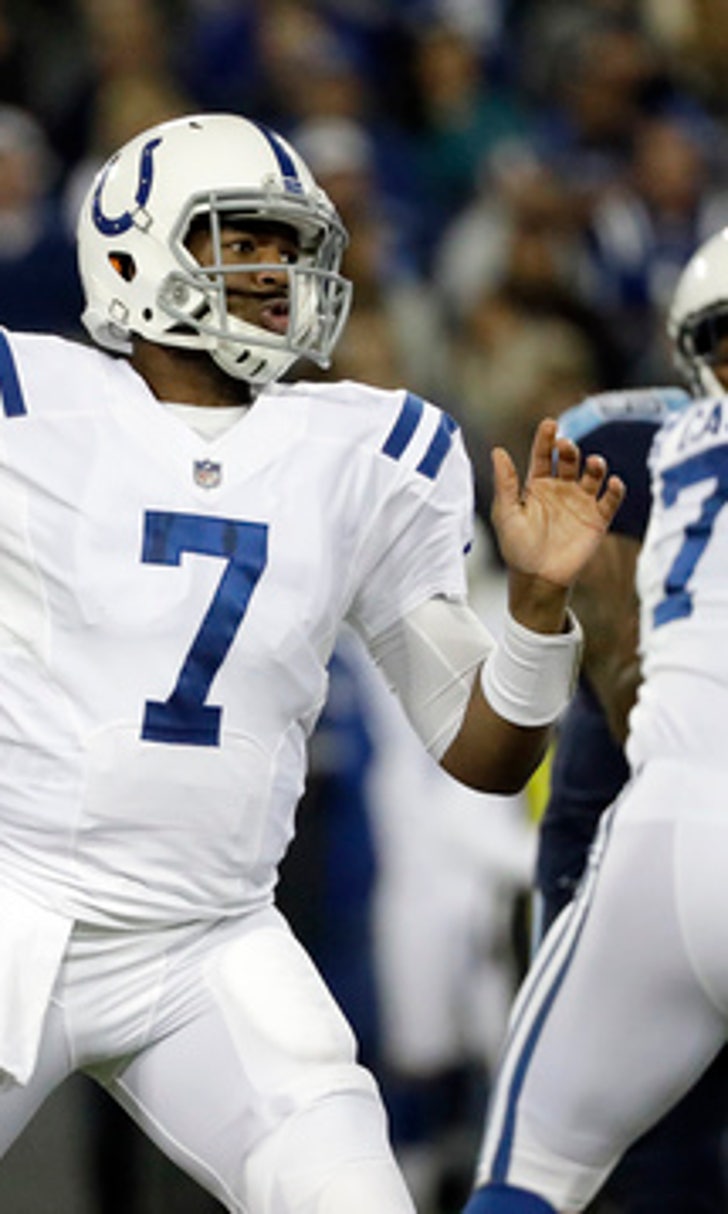 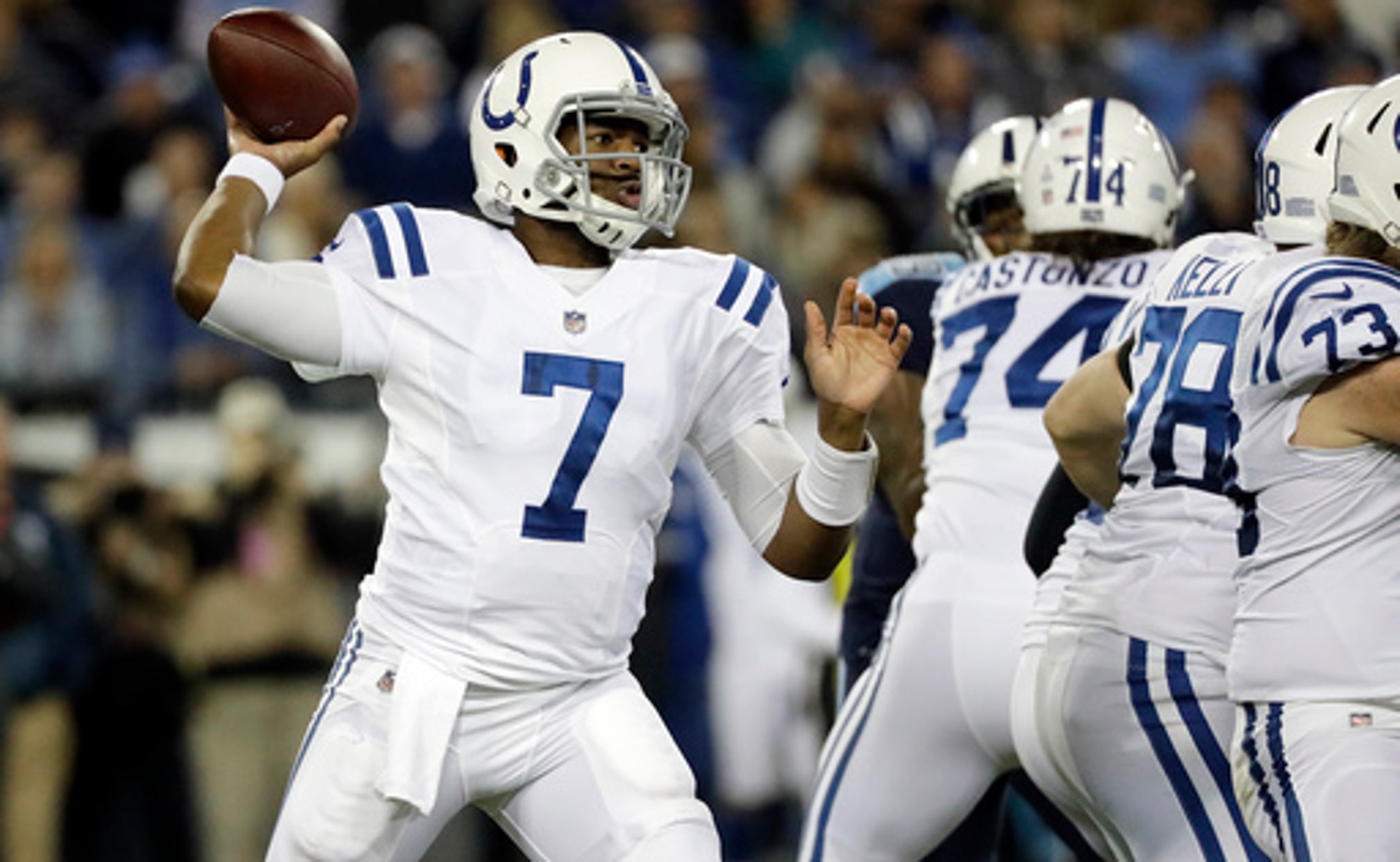 Brissett showed flashes of his long-term potential during a 36-22 loss to the Tennessee Titans on Monday night, but he also struggled at a couple of key moments.

''I've just got to play better and get us in better position to make more plays, stay ahead of the chains and keep the drives moving,'' he said.

Indianapolis got inside the Titans' 25-yard line on two fourth-quarter possessions and posted a total of three points. Those were the only points that the Colts' offense produced in the second half.

The Colts entered with an 11-game win streak against the Titans, and Luck had been Indianapolis' starting quarterback in nine of those games. The Titans' previous victory over the Colts happened in 2011 when Indianapolis started Curtis Painter at quarterback.

The Colts acquired Brissett from New England for receiver Phillip Dorsett just before the start of the season while Luck was recovering from shoulder surgery. Brissett gave Indianapolis the insurance policy it was missing throughout the preseason when it became evident Luck wouldn't be ready to open the year.

Scott Tolzien started the Colts' opener and struggled in a 46-9 loss to the Los Angeles Rams. Brissett, a third-round pick in last year's draft out of North Carolina State, took over the following weekend.

Brissett has kept the Colts (2-4) competitive in the AFC South, though their only two victories so far were against the winless Cleveland Browns and the San Francisco 49ers.

He threw for 314 yards last week to help the Colts beat the 49ers 26-23 in overtime. He directed scoring drives on each of the Colts' three first-half possessions Monday, though they reached the end zone on only one of those series.

''I thought we did a nice job in the first half,'' Colts coach Chuck Pagano said. ''We opened up some holes and we ran the ball well. Our rush average was good. Our protection was good. Jacoby was sharp. We were throwing it. We were catching it. You can't ask to start any better than we did other than settling for field goals. You've got to score touchdowns in this league.''

Brissett wasn't nearly as effective the rest of the night. The Titans' defense stepped up its play, and T.Y. Hilton, the Colts' most dangerous option on offense, had just one catch for 19 yards.

''You look at that first half, we gave up a lot of little leaky runs that allowed them to get first downs and continue to move the ball,'' Titans linebacker Wesley Woodyard said. ''That second half, we got back on track and they couldn't do too much.''

Brissett went just 1 of 7 for 11 yards in the third quarter. After the Titans pulled ahead 22-19 in the fourth, Brissett took over at the Tennessee 40 thanks to Quan Bray's 60-yard kickoff return.

The Colts got to the 23 when Brissett threw the ball away under pressure from Woodyard and was called for intentional grounding. Brissett then failed to connect with Doyle on third-and-20, forcing the Colts to settle for Adam Vinatieri's tying 52-yard field goal.

Woodyard and Brissett got together again with the game on the line late in the fourth quarter.

Trailing 29-22, the Colts got into the red zone and faced fourth-and-1 at the 13. Brissett rolled right and tried to run for the first down, but Woodyard forced him out of bounds shy of the marker with 2:19 remaining.