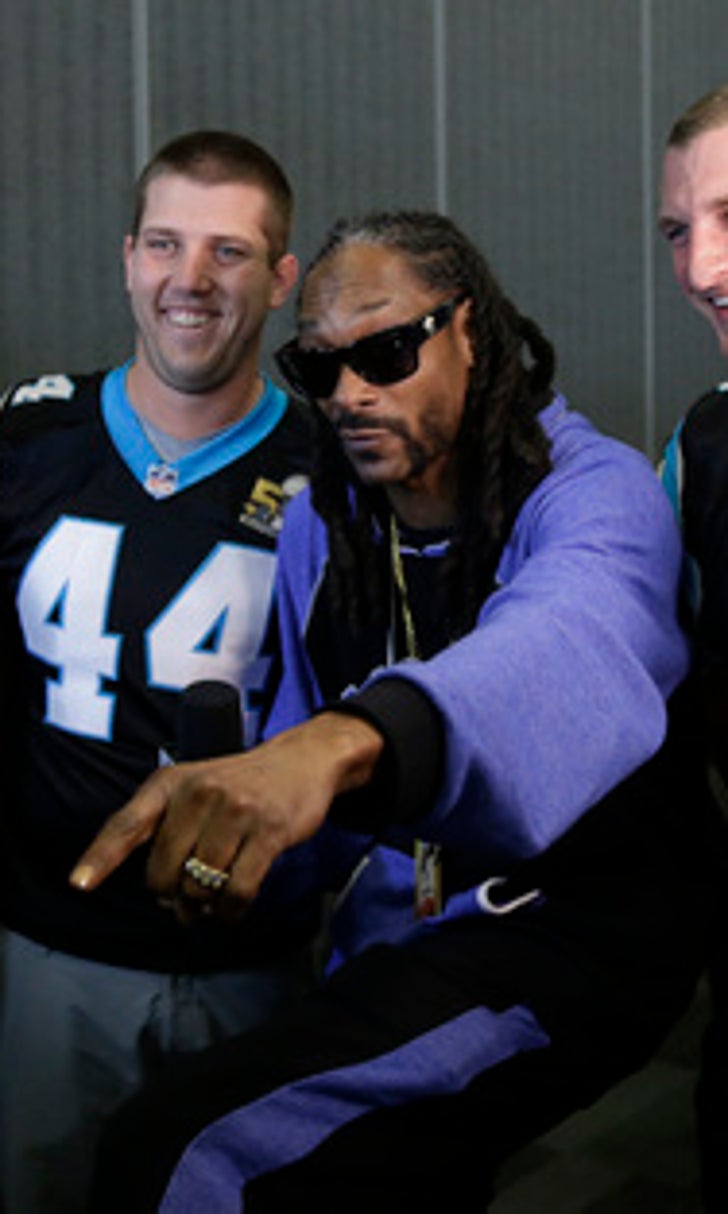 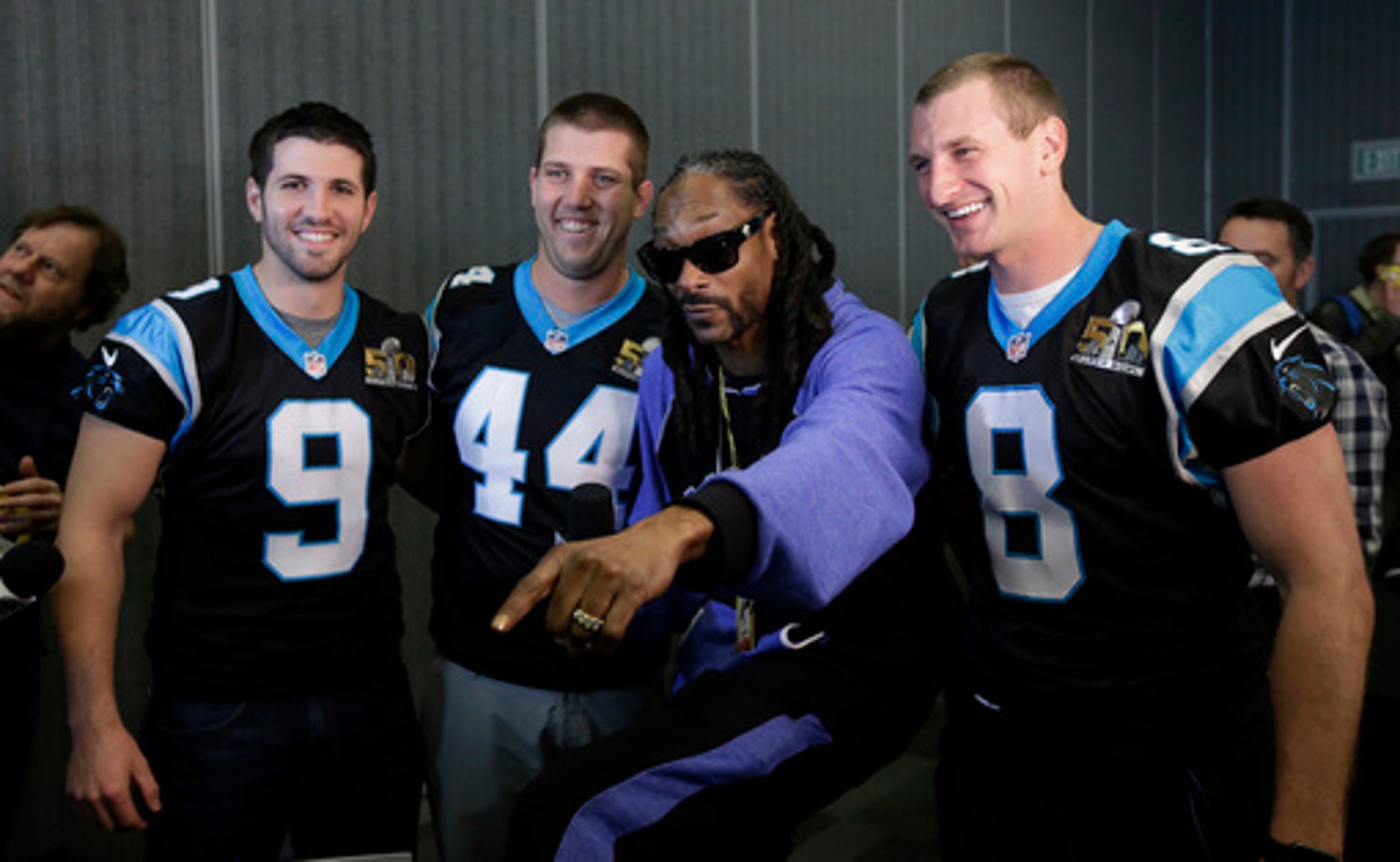 Both kickers hoping Super Bowl 50 comes down to them 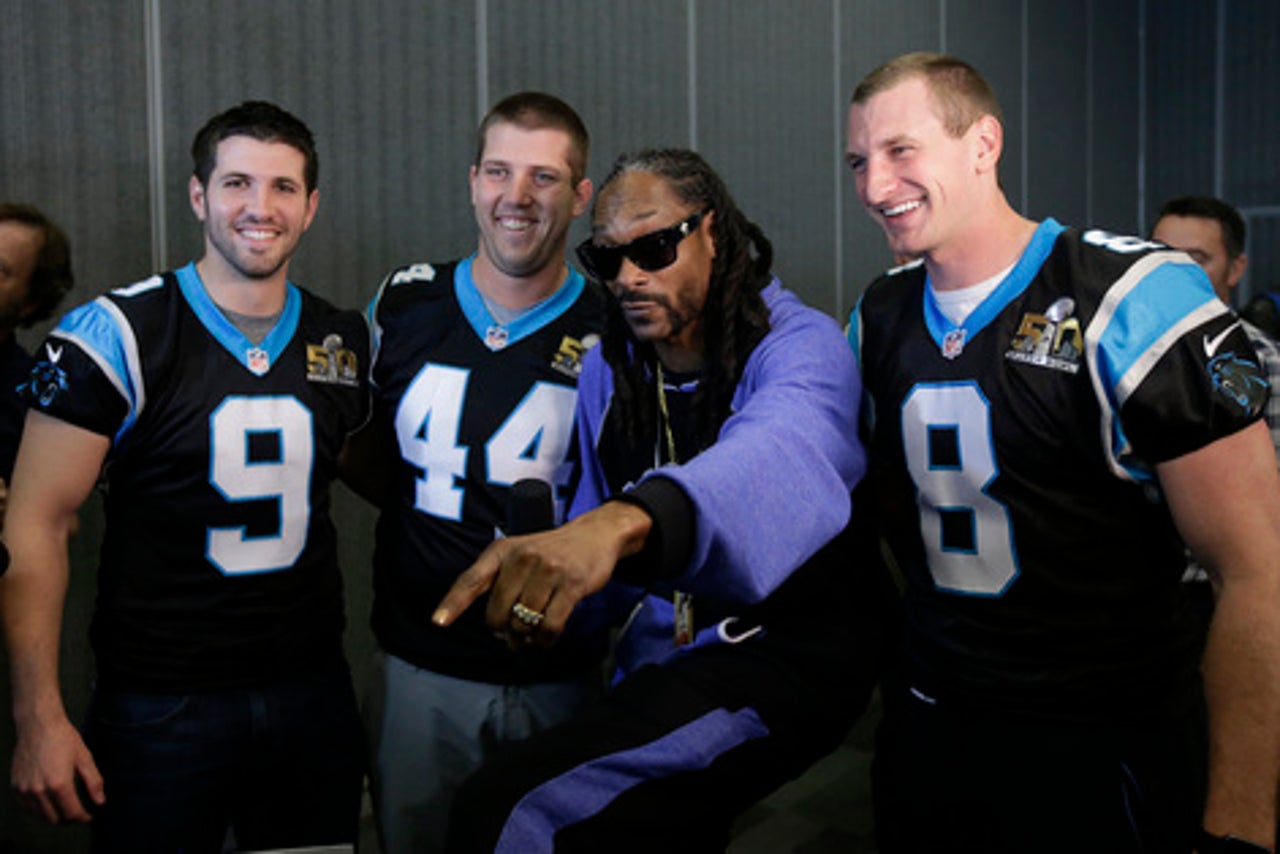 SANTA CLARA, Calif. (AP) They both visualized Adam Vinatieri growing up, these even-keeled kickers who are hoping to emulate ''Mr. Clutch'' in Super Bowl 50.

Maybe it's not the mighty legs of Cam Newton or the beautiful mind of Peyton Manning that will decide who wins Sunday when the Carolina Panthers and Denver Broncos play for the silver trophy in this golden anniversary game.

It could come down to the big right toe of either Brandon McManus or Graham Gano.

Both are more than ready.

They've been envisioning a last-second kick to win the Super Bowl ever since they traded the soccer pitch for pigskins as kids.

While fans might be freaking out - just ask Minnesota fans who watched Blair Walsh miss a 27-yarder in the NFC playoffs last month - these kickers are icy cool and confident.

''Yeah, I've been thinking about that since I first starting playing,'' said Gano, Carolina's sixth-year kicker. ''So, hopefully it does come down to that.''

''The end of the game could end up on my foot,'' said McManus, Denver's second-year kicker. ''I'm super excited it might happen.''

Both had their speed bumps during the season - Gano had four kicks blocked, including three field goals and McManus missed kicks in five consecutive games - and each missed an extra point, but both are 7-for-7 on field goals in the playoffs.

McManus bounced back in a big way, making a pair of long field goals and history in the opener to get back in his teammates' good graces a year after his sideline erupted in anger when he shanked a short field goal, costing him his job.

McManus won his job back from Connor Barth last summer, then joined St. Louis kicker Greg Zuerlein as the only players in NFL history to make two field goals of 56 yards or longer in the same game in Denver's 19-13 win over Baltimore in the season opener.

McManus began tinkering with his kicking mechanics to eliminate a jab-step and improve his accuracy to salvage his NFL career. That work paid off when he reclaimed the kicking job from Barth with a spectacular summer that included a 70-yard field goal in camp.

Now each is one win away from fulfilling their childhood dream.

''I think all kids dream of the biggest moment to win a championship,'' Gano said. ''I was no different. Watching guys do it over the years, especially Adam Vinatieri - although unfortunately one of them was against us. But he's a great clutch kicker. Everybody dreams of that moment.''

Vinatieri is the patron saint of kicking visionaries, the antithesis of Scott Norwood, whose miss against the Giants sent the Bills on a run of four consecutive Super Bowl losses in the 1990s.

Vinatieri, the Colts' 43-year-old kicker, has played in five Super Bowls, winning four rings, three with New England and one with Indy.

He had winning kicks in the final seconds of the Patriots' Super Bowl wins over the Rams in 2002 and the Panthers in 2004.

Gano has been envisioning himself as Vinatieri since high school.

At 24, McManus is five years younger than Gano, but he actually got to emulate Vinatieri when he was signed by the Colts as a college free agent in 2013 before being released at the end of that summer.

''I was with Adam in training camp, so I learned a lot from him and I still stay in contact with him,'' McManus said. ''So, he's been a good mentor for me and we've played Indianapolis every year, so I get to pick his brain even more.''

McManus tied an NFL record by going 5 for 5 on field goals in Denver's 23-16 win over Pittsburgh in the playoffs last month, and he did it in 30 mph crosswinds that swept over the Rocky Mountains just before kickoff.

Both Gano and McManus missed PATs from the new longer distance and had rough stretches, but both teams are supremely confident they have the right guy should it come down to a field goal - or even an extra point Sunday.

''I definitely feel ready for it,'' Gano said.

''I grew up trying to make the penalty kicks in soccer, the free throws in basketball,'' said McManus. ''So, I've prepared my life for this.''

A Tale Of Two 5-2 Teams
The Rams and Bears are both 5-2, but after their Monday night matchup, it's clear both teams are on different levels.
6 hours ago

Help Wanted In Dallas
The Cowboys are on pace for one of the worst seasons in franchise history. Is it time for Jerry Jones to clean house?
11 hours ago

The Unexpected and the Uncanny
Week 7 was the craziest of the season so far, even though it featured a few predictable performances, writes Charlotte Wilder.
14 hours ago

No Passing These Bucs
In his Week 7 review, Geoff Schwartz explains why Tampa Bay is the NFL's best team. Plus, Mike McCarthy is in trouble in Dallas.
14 hours ago

Spitting Image
Sunday night proved that Kyler Murray is chasing Russell Wilson for the title of 'Best Undersized Quarterback' in the NFL.
17 hours ago
those were the latest stories
Want to see more?
View All Stories
Fox Sports™ and © 2020 Fox Media LLC and Fox Sports Interactive Media, LLC. All rights reserved. Use of this website (including any and all parts and components) constitutes your acceptance of these Terms of Use and Updated Privacy Policy. Advertising Choices. Do Not Sell my Personal Info