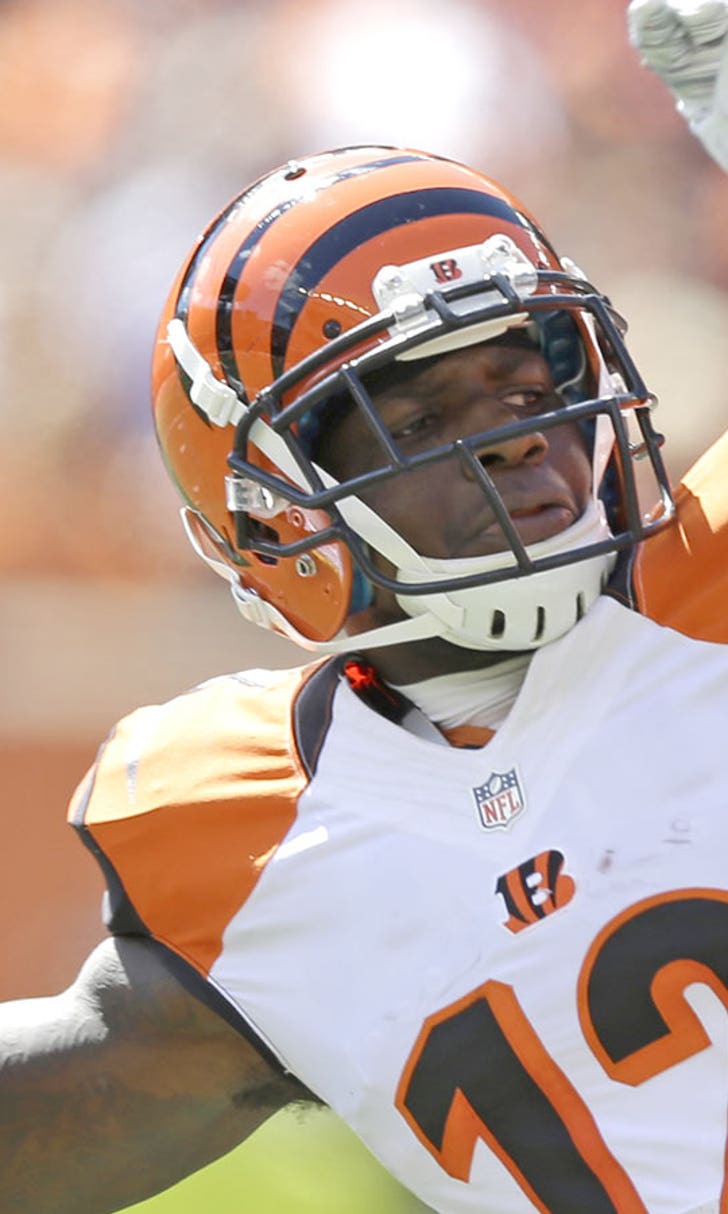 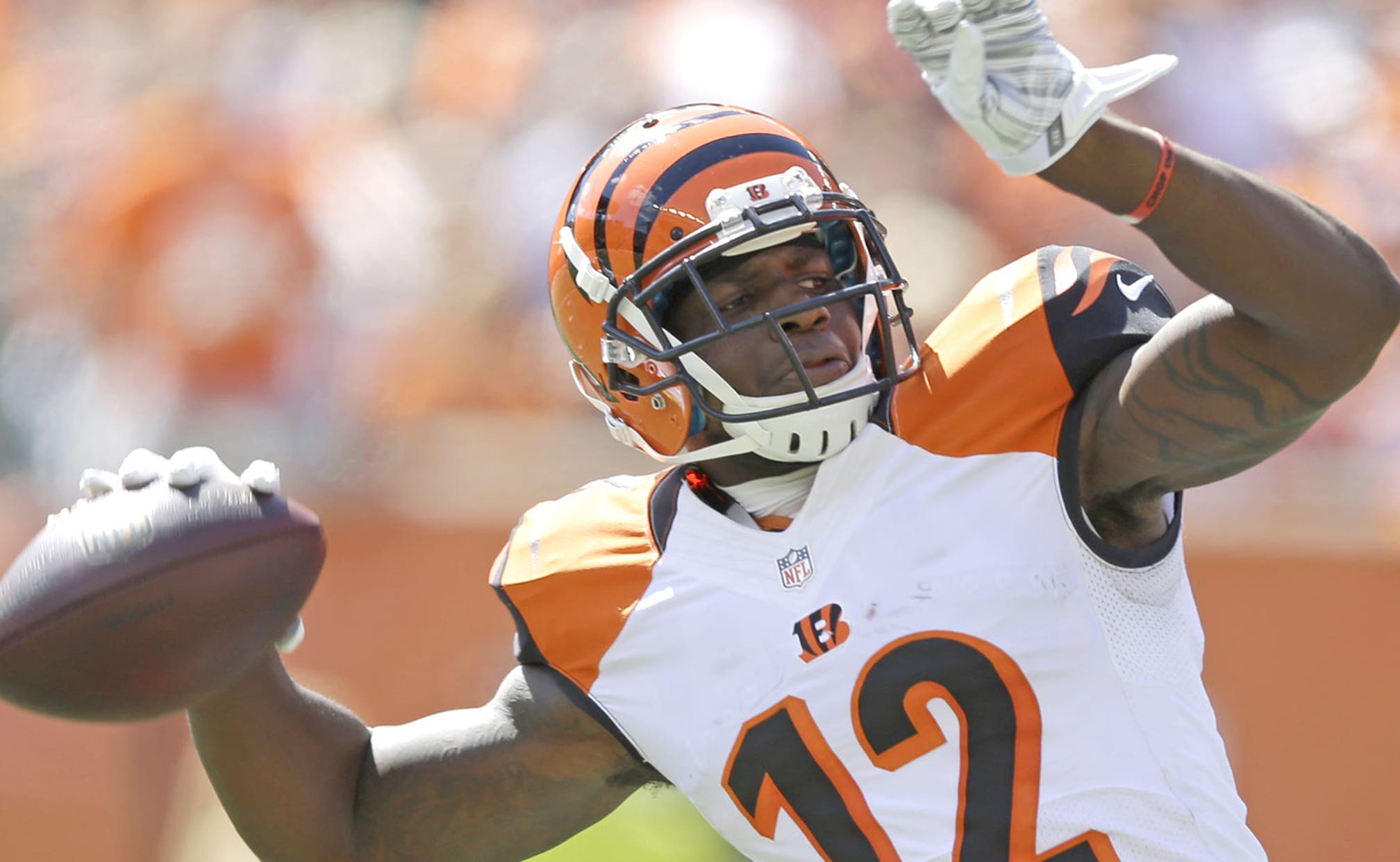 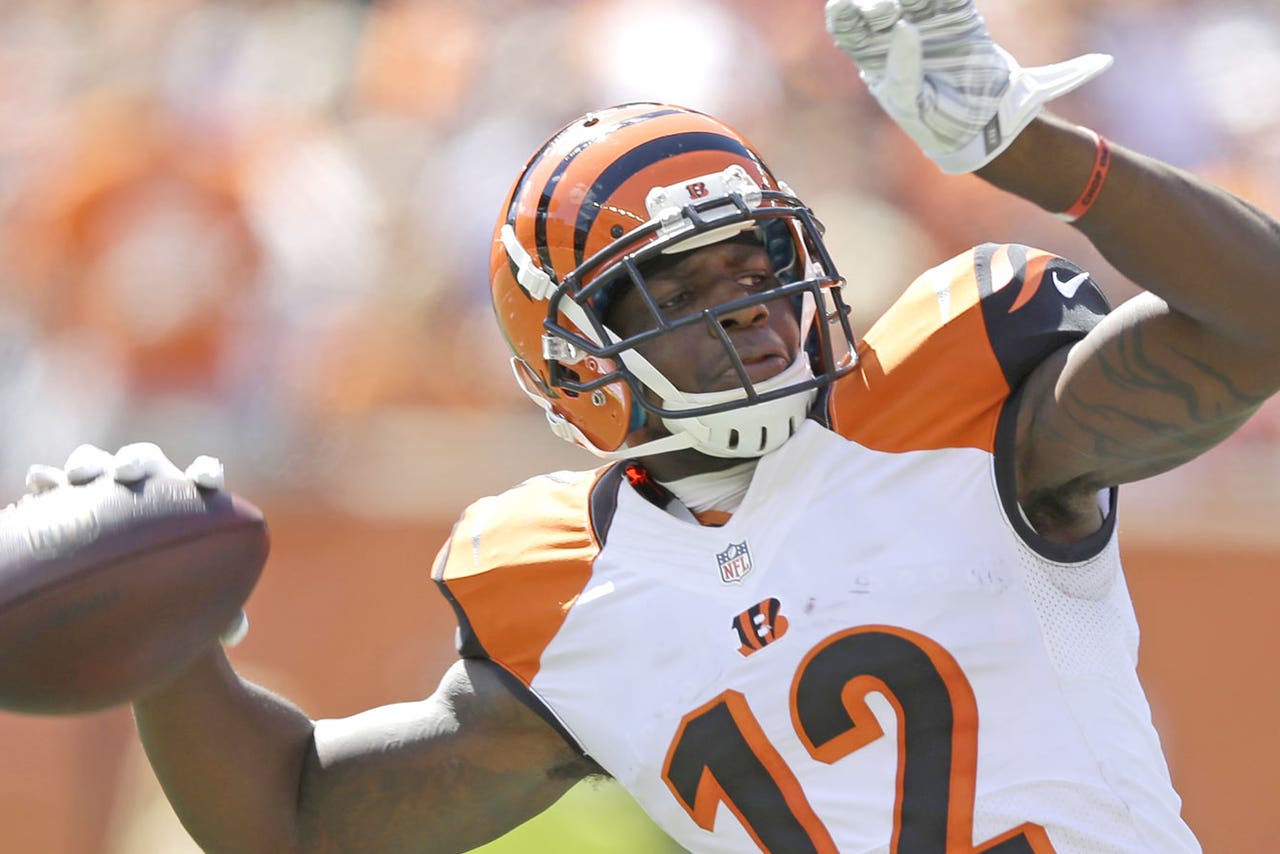 We've seen Bengals receiver Mohamed Sanu pull a few rabbits out of his sleeve on the football field, but his tricks apparently carry over to basketball as well.

Sanu launched a long ball from a backyard deck and hit nothing but net on a basketball hoop set up in the driveway. Then he broke into his "LeBron James Kid' impersonation.