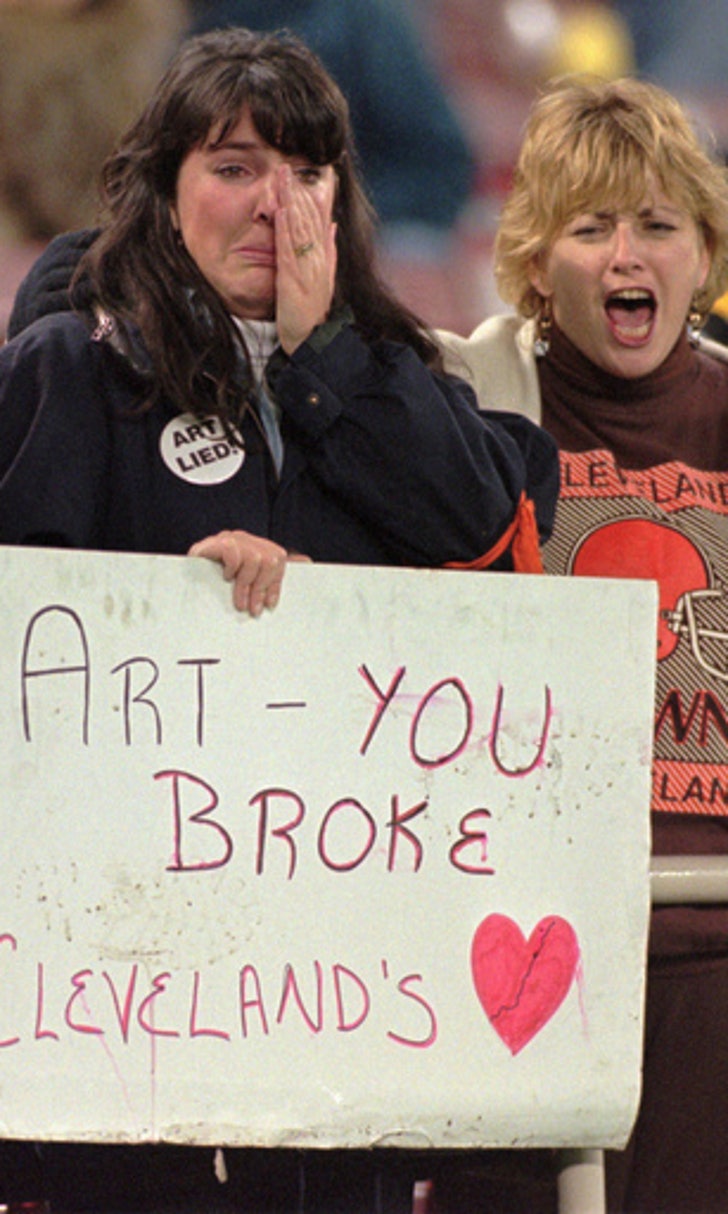 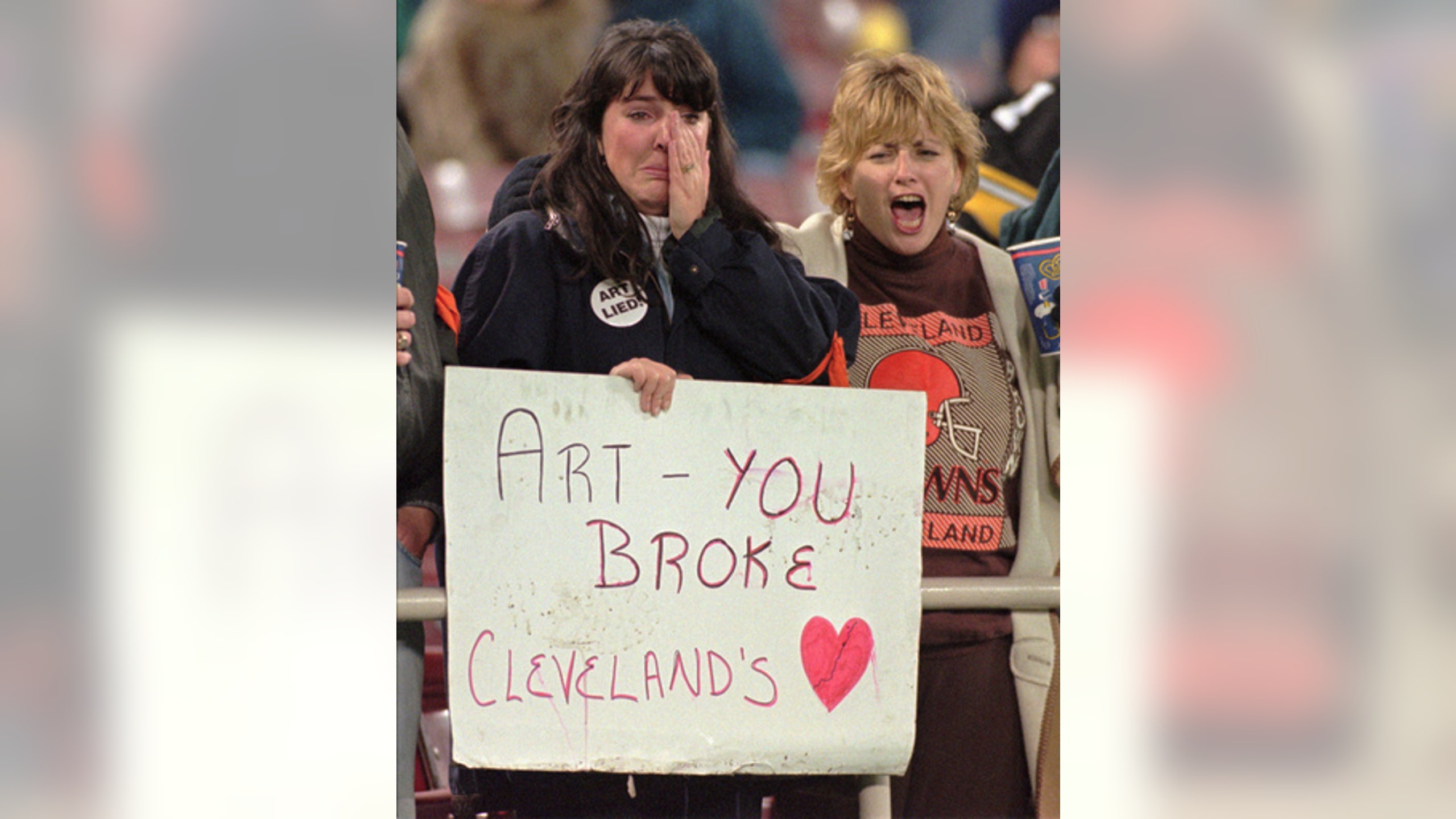 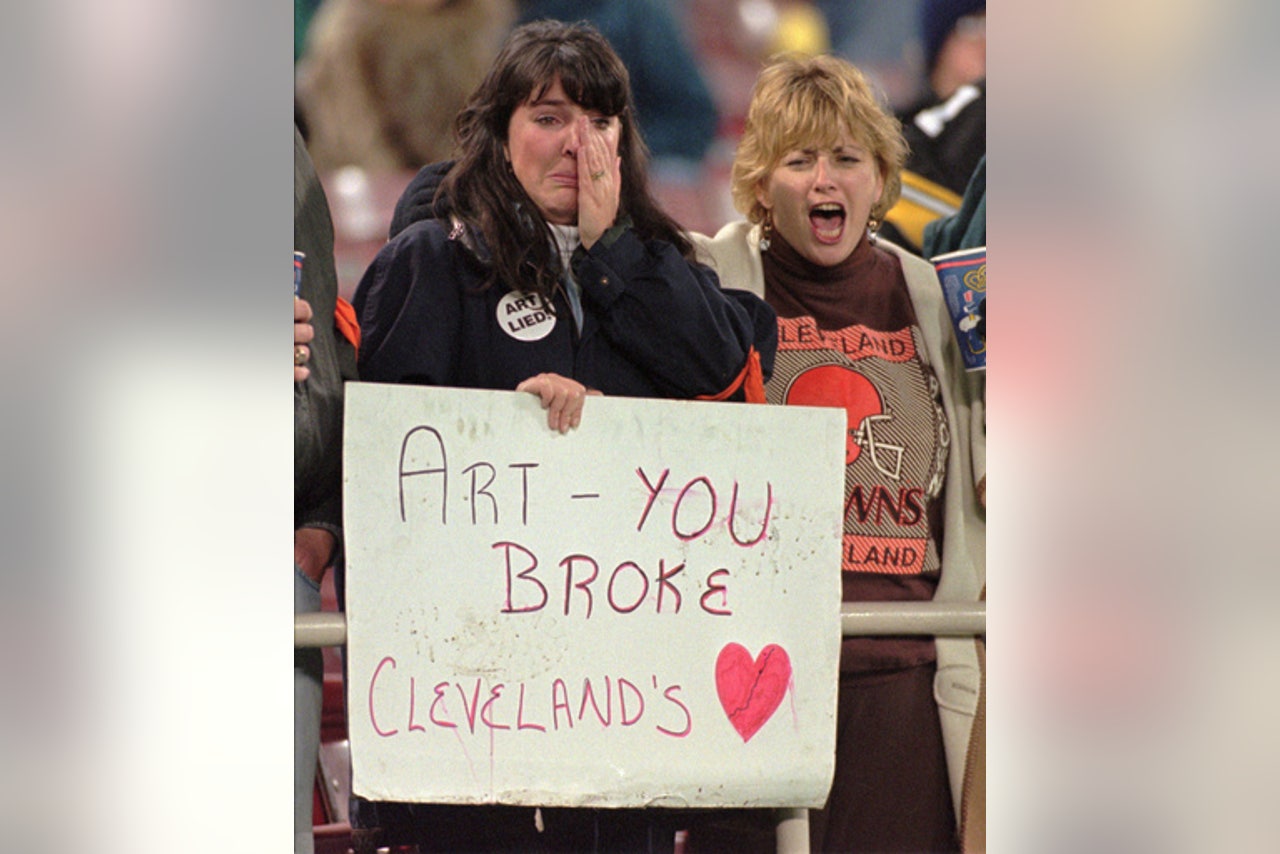 CLEVELAND (AP) Like so many kids growing up in Ohio, Andy Billman learned to love Cleveland's sports teams.

And to have his heart broken.

But true to the passion of a proud city whose long-suffering fans haven't celebrated a major professional championship since 1964, the director of an ESPN 30 for 30 documentary chronicling Cleveland's half-century of sports misery has undying hope a title will come.

''It's going to happen at some point,'' said Billman, the director of ''Believeland.'' ''And once it does, Cleveland is going to burst - in a positive way.''

Billman's film, a sports-themed love letter to Cleveland's fans and teams, premieres Saturday and fulfills a decade-long dream for the director, who didn't realize until he was working as a production assistant at ESPN after college that Cleveland's national reputation was as laughingstock.

The city's sports futility, with moments tagged by outsiders with nicknames like ''The Drive,'' ''The Fumble'' and ''The Shot,'' have been a convenient narrative whenever a Cleveland team falls short of a title. But as a die-hard Browns, Indians and Cavaliers fan, Billman believes it's deeper than wins and losses.

He understood the link between the city's sports teams and its economy and he experienced firsthand the bond between Cleveland's athletes and fans.

''I've lived and died with this stuff,'' said Billman, who is from Elyria, Ohio. ''This is what connected my family. There are great fans everywhere. I would never classify Cleveland as having the best fan base, that's not fair to other cities or great universities around the country. But I think Cleveland and its athletes and coaches and managers have a very unique relationship, stronger than I've seen in other places around the country.''

For his film, Billman interviewed a number of Cleveland sports stars including Browns running back Earnest Byner, whose fumble at the 3-yard line in the final minutes of the 1987 AFC Championship game cost Cleveland a possible Super Bowl trip. Byner makes a tearful apology in ''Believeland,'' saying, ''I messed it up for everybody.''

Billman's goal was to give Byner - and Cleveland - a chance to stand tall.

''I hope what this film does is explain who we are as a city,'' he said. ''Once people come to Cleveland they love it. It's a hidden gem. I really wanted this film to be the voice from the other side, who we root for: Earnest Byner, Craig Ehlo, Mike Hargrove, Dan Gilbert. I want them to be heard because I still root for all of them.''

Brady vs. Mahomes: A Clash Of Titans
Patrick Mahomes is set to take on Tom Brady in a Super Bowl matchup that’s as juicy as it gets in both star power and context.
5 hours ago

The Scenic Route
Is taking the Buccaneers from the wild card to the Super Bowl the greatest accomplishment of Tom Brady's career?
8 hours ago

Catching K.C.
After the Chiefs' offensive explosion against the Bills, pundits are left wondering if Kansas City is the next NFL dynasty.
11 hours ago

Breaking Down The Early Super Bowl Odds
Where did the point spread open? How has it moved? And where is the early value? Jason McIntyre explains what you need to know.
14 hours ago