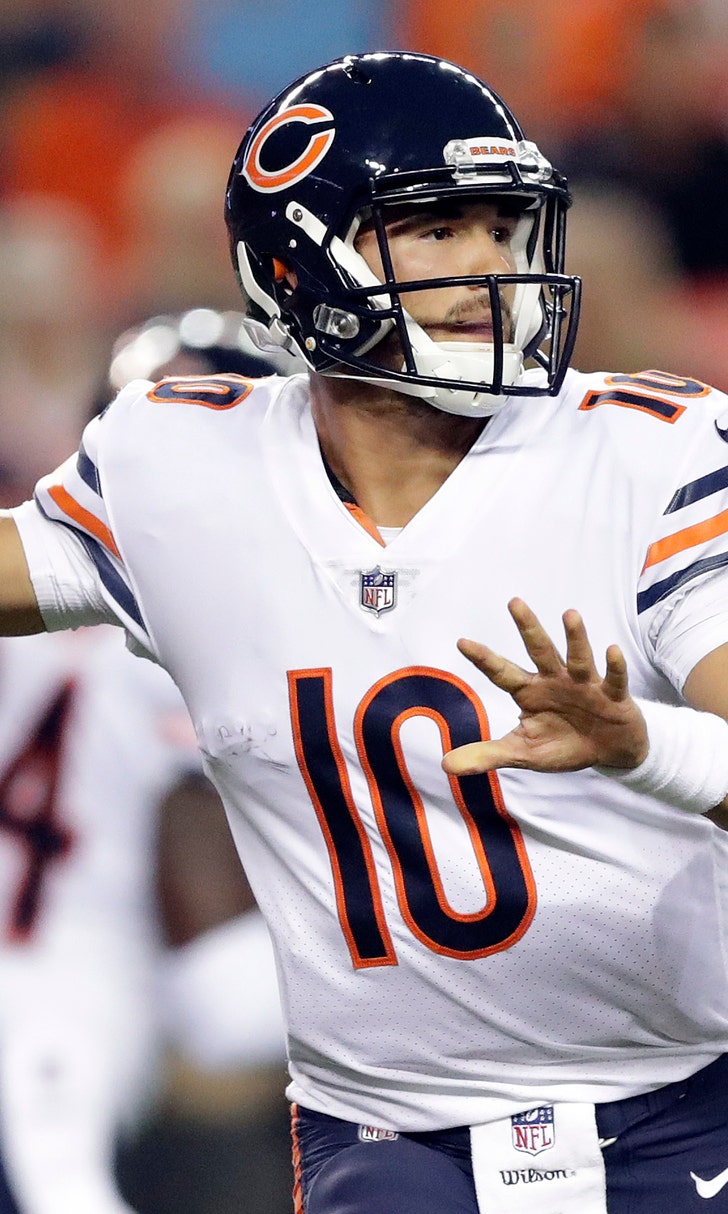 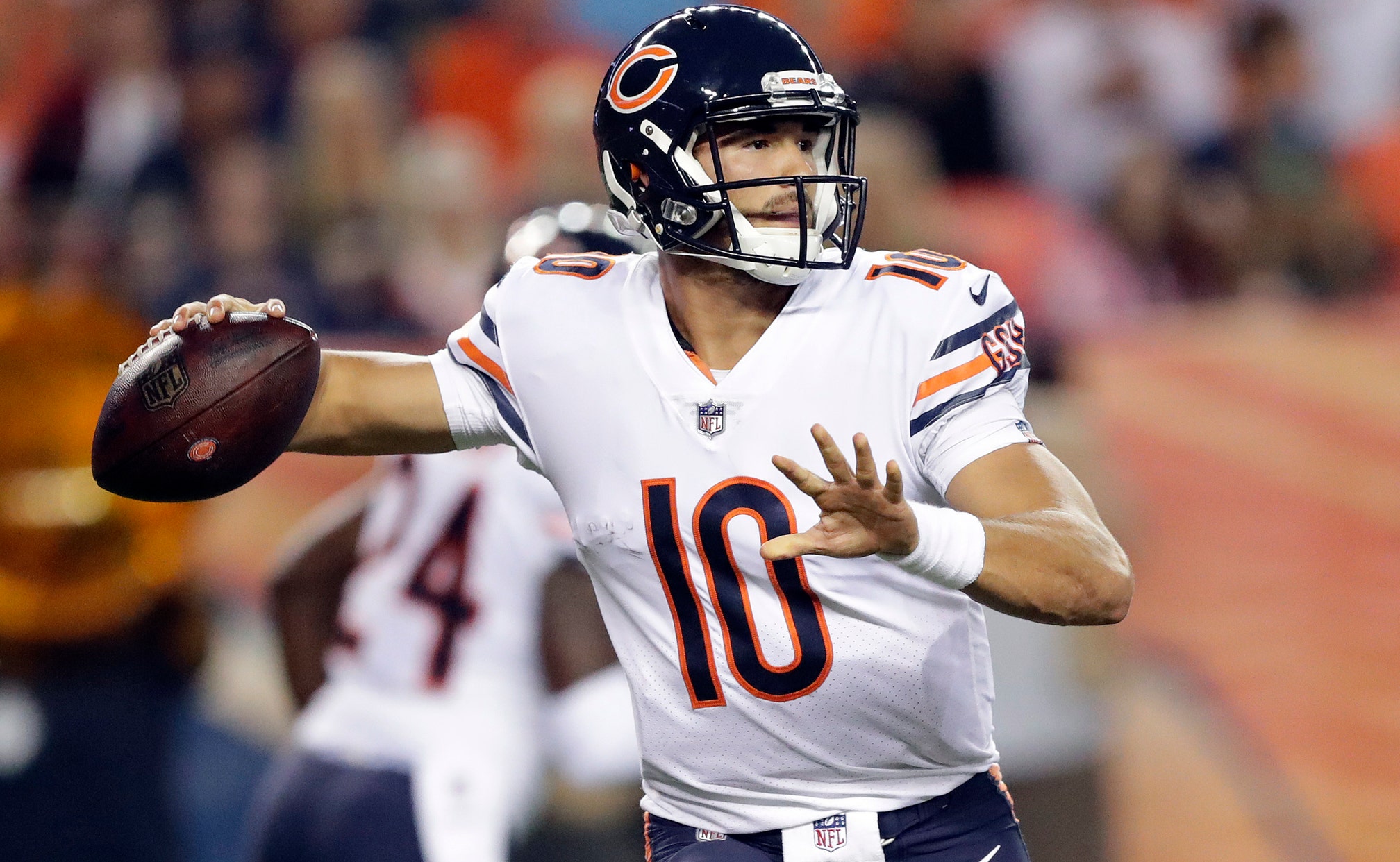 Bears' Trubisky vows to move on from shaky opener

He vowed not to let it define him, though he understands the rush to judge.

"That's how it is on the outside, but for me I can't let any game, any play define who I am as a player or as a person," he said.

"I'm continuing to grow and get better. Each opportunity is just another day to get better and continue to grow, but that's how people are looking at it. We want immediate results, everybody — the media, the fans, myself. But unfortunately that's not always part of it."

The Bears are banking on more from Trubisky after loading up in the offseason around the No. 2 overall pick in the 2017 draft.

They hired an offensive-minded coach in Matt Nagy to replace the fired John Fox. They also brought in some new playmaking targets such as former Jacksonville Pro Bowl receiver Allen Robinson in an effort to get the most out of their prized quarterback.

But if the Bears are going to rise in the NFC North after four straight last-place finishes, they need their quarterback to deliver.

Against Green Bay, he missed receivers. He was quick to scramble rather than stay in the pocket. He couldn't move the Bears past midfield in the closing minutes when all they needed was a field goal after Green Bay went ahead.

More than anything, he showed he remains a work in progress. With 13 NFL starts to go with the 13 he had in college at North Carolina, maybe that's understandable.

But so are the high expectations surrounding him. After all, general manager Ryan Pace made a big trade with San Francisco so he could move up to draft him.

As a rookie last season, Trubisky threw as many interceptions as touchdowns (seven) in the 12 games he started. Against Green Bay, he did not get picked off or throw for any TDs. He was 23 of 35 for 171 yards with a 77.2 passer rating.

"Last year it was more, 'Oh he's a rookie, growing pains,'" Trubisky said. "And then now, it's a little different because it's like 'Oh, second year, why isn't the offense exploding?' And I ask myself some of those same questions, 'Why aren't I playing as well as I'd like to?' But if I'm too hard on myself then I just get discouraged."

There were several plays that stood out against the Packers. Two came on back-to-back snaps at the end of the first quarter with the ball on the Green Bay 3 and the Bears looking to build on a 7-0 lead.

Trubisky overthrew Robinson in the right corner on second down.

On the next play, Trey Burton for a moment appeared to be open in the end zone with his arms raised on a play designed for Tarik Cohen in the flat that the Packers cut off.

Trubisky connected with Taylor Gabriel for a 5-yard loss, forcing Chicago to settle for a field goal. But did Trubisky miss a touchdown?

A defensive back was closing in on Burton. And Nagy said he did not think Burton was open.

Trubisky wishes he attempted to hit Burton. But he'll also take the three points there.

"You've got to know as a quarterback if that opens up, take your chances and get it to the guy wide open," Trubisky said. "But it's a little less wide open when you're playing it full motion on film. When you've got the still picture, which I'm sure a lot of people saw, it looks like I don't know what I'm doing. Trust me, I'm hard on myself. You want touchdowns, not field goals."

The Bears couldn't get in field-goal range when they needed one near the end of the game after Green Bay scored the go-ahead touchdown. They took over at their 18 with 2:13 remaining and didn't get past midfield.

Trubisky seemed a bit rattled by the rush and was quick to scramble and abandon the play.

"I was thinking: Try to make a big play, like win the game right here," Trubisky said. "And it should have been for me personally ... just like stack completions, get one more completion, one more first down."

Green Bay Pummels Chicago on SNF
The Packers routed the rival Bears in Week 12's finale, putting on a clinic on both sides of the ball.
4 days ago