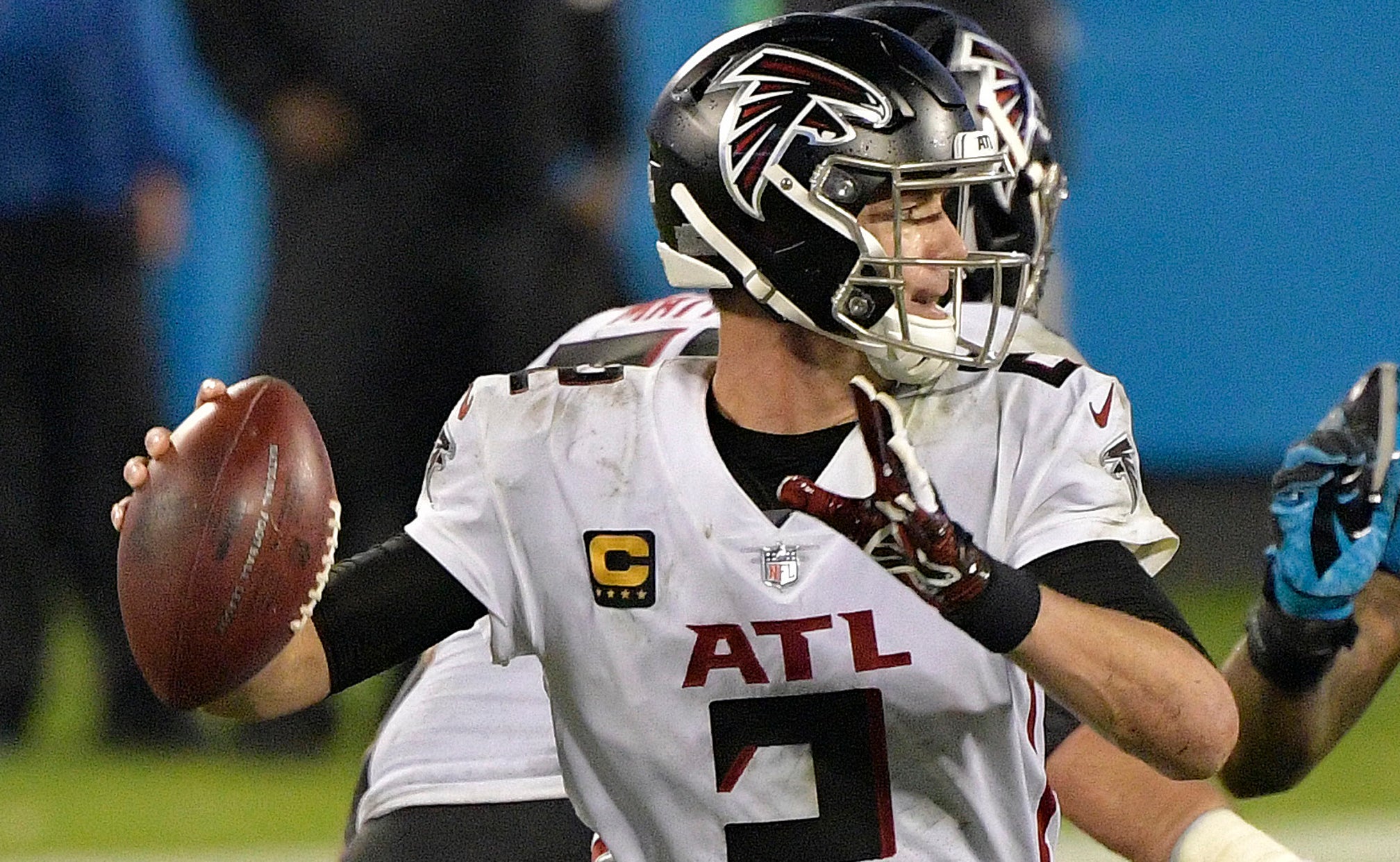 A win is a win, and the Atlanta Falcons were in need of one after their meltdown against the Detroit Lions in Week 7.

They got what they needed over division rival Carolina on Thursday.

Here are the key takeaways from this Thursday Night Football matchup:

It's been a struggle for the Atlanta defense this season, to say the least.

On Thursday night, however, the Falcons defense finally put together a full four-quarter performance.

The 17 points that Atlanta allowed Carolina were the fewest its allowed all season, as were the 304 yards the Falcons gave up to the Panthers.

At 2-6, the Falcons need any signs of positive momentum going forward, and tonight their defense provided just that.

Julio Jones is going to be a first ballot Hall of Famer when he retires from the NFL.

Jones recorded seven catches for 137 yards, proving to be a matchup nightmare for the Carolina secondary.

In six games this season, Jones has now eclipsed the 100-yard receiving mark in three of them.

3. Bridgewater out of sorts

Through seven games this season, Panthers quarterback Teddy Bridgewater had thrown for at least 216 yards each time out.

And after throwing for 313 yards and two touchdowns against the Falcons on Oct. 11, there was reason to believe that he would have another big performance on Thursday.

Bridgewater threw for only 176 yards and one touchdown, while throwing the game-sealing interception on Carolina's last drive of the game.

He was also knocked out of the game briefly due to a late hit from Falcons defensive end Charles Harris before returning in the fourth quarter.

It was the perfect storm of misfortune for Bridgewater on Thursday night that led to a disappointing offensive performance from the Panthers and a second straight loss.

Market Decline
Nothing seems to be trending in the right direction for Carson Wentz and the Philadelphia Eagles. Could a change be imminent?
33 mins ago

Sean Payton Is The NFL's QB Whisperer
Sean Payton has a body of evidence that suggests he knows exactly what he’s doing when it comes to the QB position.
2 hours ago

Commander in Chief
Mahomes and the Chiefs got their revenge Sunday, and proved that even a perfect game plan is not enough to stop them.
7 hours ago

Two-Horse Race
Geoff Schwartz says the Chiefs and Steelers have separated from the AFC pack, and he picks the horse to bet on in the NFC East.
8 hours ago

Mahomes, Chiefs Outlast Raiders on SNF
Patrick Mahomes worked his late-game magic to stun the Raiders and secure a big AFC West win on Sunday Night.
19 hours ago
those were the latest stories
Want to see more?
View All Stories
Fox Sports™ and © 2020 Fox Media LLC and Fox Sports Interactive Media, LLC. All rights reserved. Use of this website (including any and all parts and components) constitutes your acceptance of these Terms of Use and Updated Privacy Policy. Advertising Choices. Do Not Sell my Personal Info