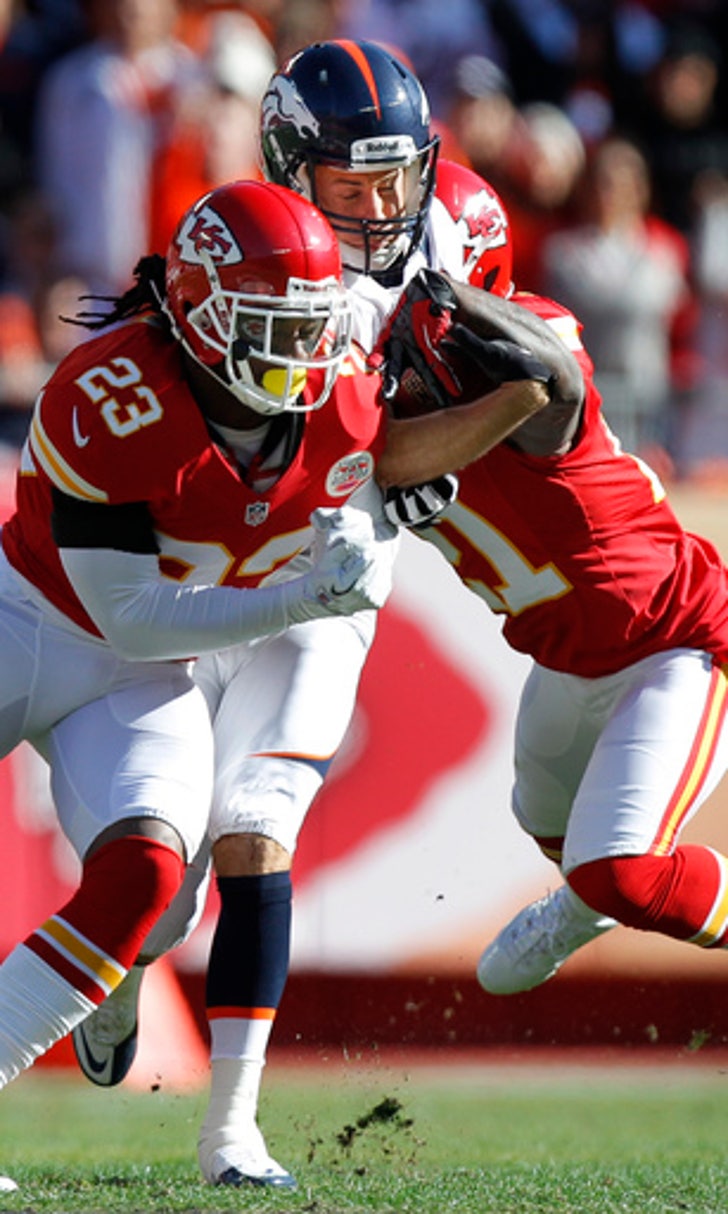 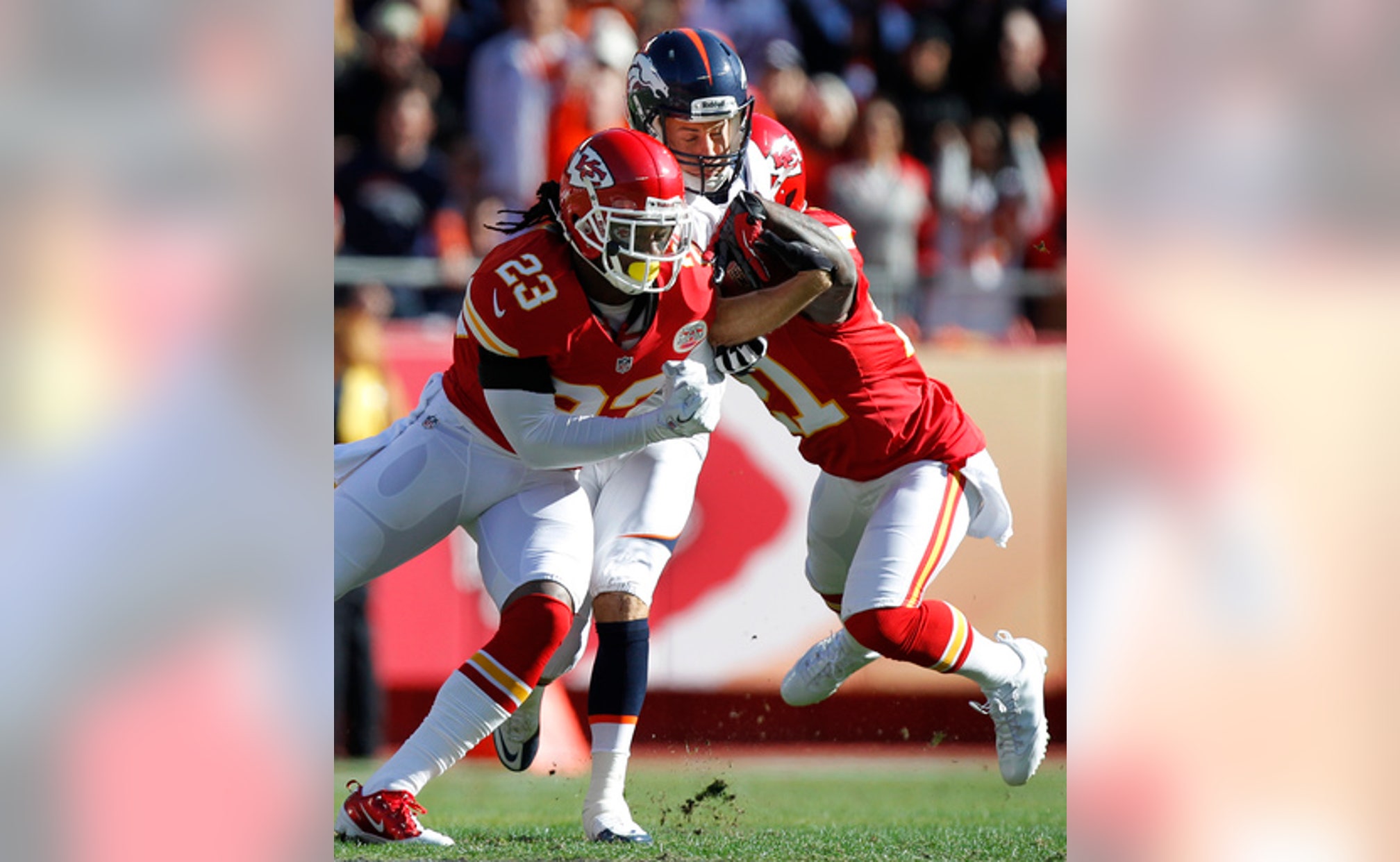 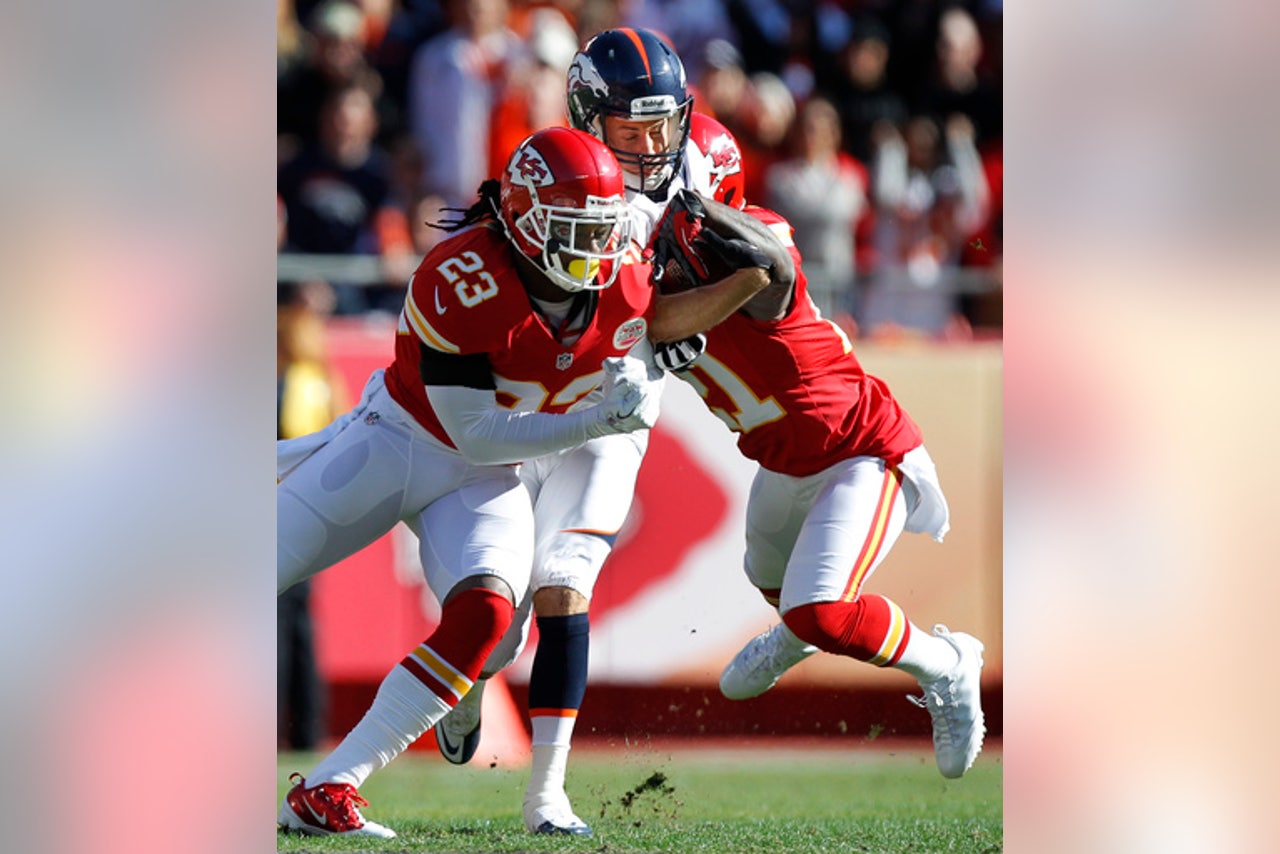 During a 15-year NFL career that sent him pinballing over the middle of the field too many times to count, absorbing hits as wicked as they come, former Denver Broncos receiver Brandon Stokley endured injuries that literally ran from head to toe.

And while, by his own estimate, that included at least a dozen concussions, the only health issue that made him seriously contemplate quitting the game was a problem with a small bone in the middle of his foot in his fourth season.

''I told my wife, `This is it. I'm done. I can't deal with this pain every day,''' Stokley said in an interview with The Associated Press.

Yet he pressed on. Eventually the foot pain subsided. The concussions? Those kept accumulating. Stokley, essentially, shrugged them off, despite the seemingly unending drumbeat of news about the dangers of head injuries. During his playing days, he was more worried about short-term effects than later-in-life ones.

''The thing with concussions is, usually, you're out a week or two, and then you're back fine,'' said Stokley, 39, who caught passes from one of this week's Super Bowl quarterbacks, Peyton Manning, while both were with the Broncos and, before that, the Indianapolis Colts. ''But you mess your knee up, you're out a year. You mess your shoulder up, you're done for a year.''

That nonchalant attitude toward concussions that Stokley held while he was active in the league is not all that different from what was expressed by many current NFL players in an AP survey conducted this season and released Sunday. Less than half of the group - only 39 of the 100 players - said they are more worried about the long-term effects of concussions than those of other injuries.

Of the remaining 61 players, 20 either said they are not concerned at all about concussions or less concerned about them than other injuries, while 41 said the concern is equal for all injuries.

''Personally, I don't think about head injuries. They don't affect me,'' said Nikita Whitlock, a New York Giants special teamer. ''I wonder: What are my joints going to be like in 20 years? How will my knees hold up in 20 years? What about my shoulders and wrists? These are the real weak points of your body.''

That sort of sentiment was heard repeatedly by AP reporters, as if players were ignoring everything related to head trauma and football.

Just last week, a member of the Giants' 2012 Super Bowl championship team who died at age 27, safety Tyler Sash, was diagnosed with chronic traumatic encephalopathy (CTE). The disease is linked to repeated brain trauma and associated with symptoms such as memory loss, depression and progressive dementia.

During regular-season games, the NFL said Friday, there were 182 reported concussions, a 58 percent increase from a year ago.

''Not worried,'' Oakland Raiders running back Jamize Olawale said. ''I think it's blown out of proportion.''

''You can get a head injury from anywhere,'' Houston Texans cornerback Charles James said. ''A dude could sucker-punch me, and I could get the same injury I get from hitting a running back head-on.''

There is, to be sure, a segment of the NFL population that takes concussions and their consequences seriously.

A few players interviewed by the AP mentioned the ability to repair knees or hips, ''but you can't get a brain replacement.''

''I'm not trying to lose my memory. I need to know what's going on in my life,'' Detroit Lions cornerback Darius Slay said. ''If you get hit in the head and have a concussion, you might forget who your son is, your momma is. I ain't got time for that. ... You can take the legs.''

As eight-year defensive end Chris Long of the Rams put it: ''I try not to think about it, but the evidence seems to be mounting that we're in trouble. Eight years in, the damage is done.''

Now out of the NFL for two years, Stokley was asked if he has any concussion symptoms.

His reply: ''I'm not really wanting to discuss my standing right now.''

As the conversation continued, he noted that he thinks the NFL is improving how it handles head injuries. And that, in turn, is changing how concussions are discussed in the locker room.

''If a guy's out for a couple weeks with a concussion, you're not getting the same kind of stares you did 10 or 12 years ago,'' he said. ''It's a serious injury, and they need to treat it like that.''

MVP Watch: Wilson Bolsters Case
Just how good is Russell Wilson? Even in a bye week, the Seahawks quarterback strengthened his claim for the MVP award.
34 mins ago

Ice Cube Joins the Club
This week, 'Club Shay Shay' welcomed in the legendary Ice Cube to discuss his rise to stardom and social activism.
1 hour ago